“Capital allocated to market-making by bank-affiliated dealers has not kept pace with the very rapid growth of marketable Treasury debt outstanding,” the group’s report found. That, in turn, is due in part to leverage requirements that discourage banks from allocating capital to market making, the report said.

Creation of a standing repo facility by the Fed, with terms that “discourage use of the facility in normal market conditions without stigmatizing its use under stress”
All trades of Treasury securities executed on electronic inter-dealer trading platforms that offer anonymous trading should be centrally cleared
Treasury repos should be centrally cleared
The Treasury Department should lead a review of the design and operation of the Fixed Income Clearing Corporation, the only central clearinghouse for Treasuries
Banking regulators should review rules with a view to modifying those that discourage market intermediation
The TRACE reporting system should be expanded to capture all transactions in Treasury securities and Treasury repos
The Treasury should lead an inter-agency study to re-examine all exemptions of Treasury securities from U.S. securities laws, and prepare annual reports on Treasury market functioning

Geithner served as chair of the working group. The project director was Patrick Parkinson, a former Fed official who’s now at the Bank Policy Institute. Parkinson co-wrote a paper last year with Nellie Liang, now the Treasury undersecretary of domestic finance, on enhancing liquidity in Treasuries. Panel members included former heads of the central banks of the U.K., Japan, Germany, Brazil and Mexico along with other ex-senior Fed officials.

It is amazing how policy tends to move in cycles. After the credit crisis, the consensus conclusion was that bank balance sheets were too large. Regulators were worried that trading off the back of deposits and high leverage ratios posed systemic risks. The partial fix was to separate trading from banking operations. The result was that banks had to reduce leverage and a lot of market making moved to private operations like Citadel.

With the quantity of outstanding debt at a multiple of its pre-Global Financial Crisis (GFC) total and much of it held by the Fed, the illiquidity of the market is becoming a problem. Recommendations to set up a central clearing house (reduce counterparty risk), to incentivise market making (higher leverage ratios) and formalise the creation of a standing repo facility (unlimited global liquidity) mean the chances of the Volcker Rule standing the test of the time are very low.

The Standing Repo facility has been a de facto operation for nearly two years but today’s Fed statement formalized it. Meanwhile regional banks are beginning to sell default risk bonds. It is a niche business at present but it is a tool which enables banks to leverage up their balance sheets so it has plenty of scope to grow. The message is clear. The shackles are coming off the banking sector because the government needs a liquid market for its bonds. 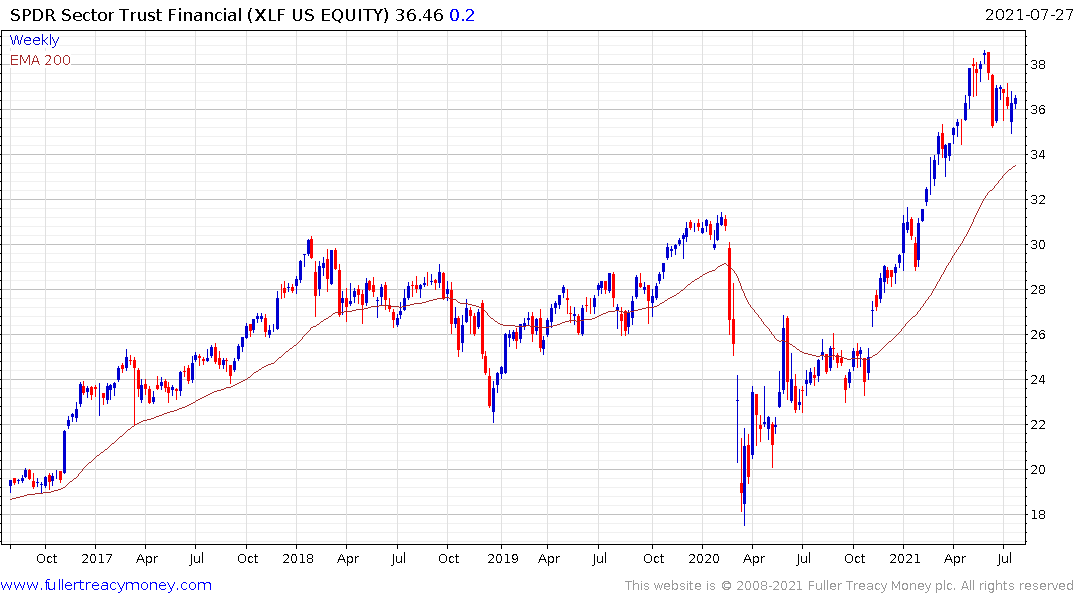 The Financial Sector SPDR continues to firm from the region of the trend mean as it continues to hold the breakout to new all-time highs. 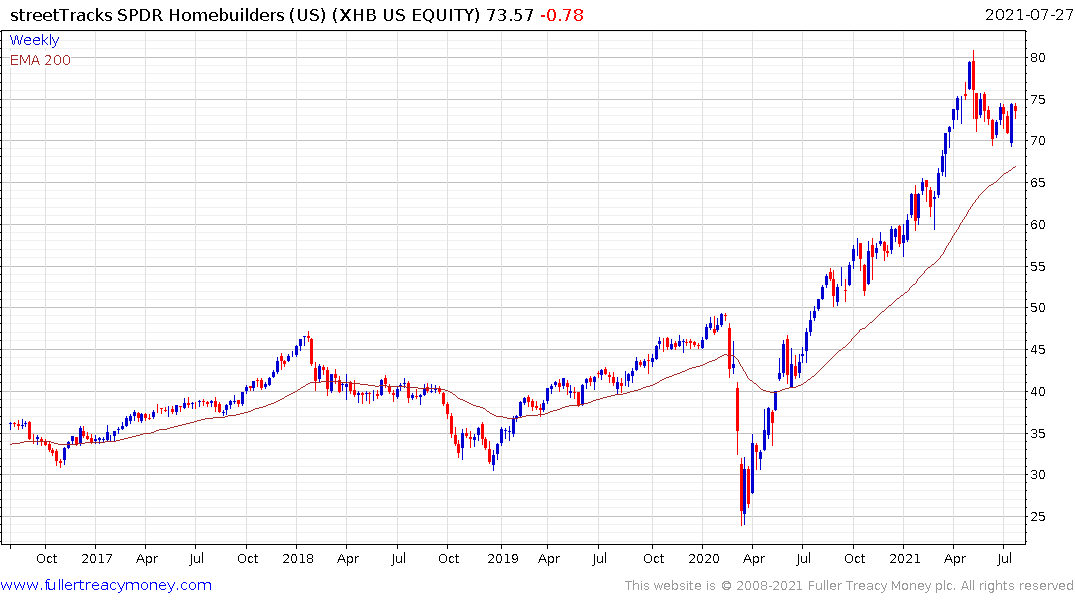 The SPDR Homebuilders ETF rebounded impressively last week from the region of the trend mean. Generally speaking, looser lending criteria and strong demand for new homes are a promising mix for the homebuilding sector.

It is also worth considering that one of the primary reasons quantitative easing did not result in a major surge in inflationary pressures to the real economy was because of the absence of the banking sector’s credit multiplier. That’s unlikely to be a mitigating factor in this unfolding cycle.