The industrial businesses will generate as much as $2 billion in free cash this year, GE said Wednesday as it reported third-quarter earnings. The company previously projected no more than $1 billion in cash flow.

The revised forecast bolsters “another quarter of progress” as GE also works to improve operations and bring down debt, Culp said. That came despite headwinds from tariffs and a cash strain on the jet-engine business from the grounding of Boeing Co.’s 737 Max.

“There’s still a lot to do, it is a reset year,” he said in an interview. “But net-net, we’re pretty encouraged.”

The story of GE’s demise from bluest of blue chips to near bankruptcy will likely be studied at business schools for generations to come. The hubris of management, selling off the most productive assets to plug holes in the balance sheet, focusing on the industrial sector at the beginning of the trade war and coming to terms with the overvaluation of intangible assets will all be considered in retrospect as huge mistakes but what does the outlook for the future look like? 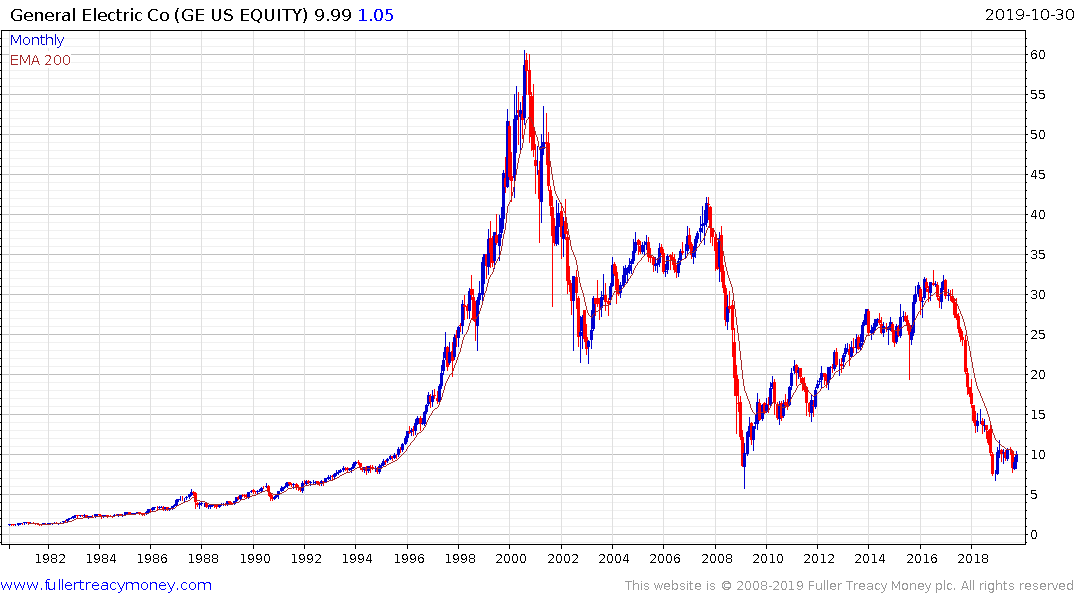 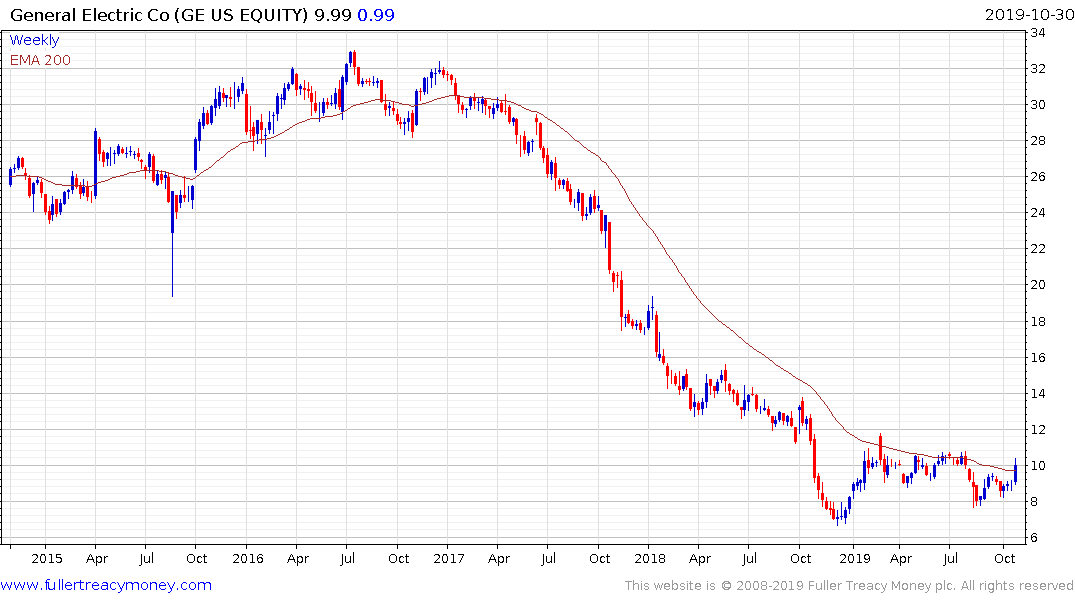 The share is back in the region of the lows posted in 2008 and the level it traded at ahead of the massive runup in the 2nd half of the 1990s. No one is predicting GE is going to be at the forefront on consumer electronics and financialisation at this stage. The best that can be hoped for is the debt mountain can be unwound. Nevertheless, it is looking increasingly likely the lows are. The downward acceleration, and recent higher reaction lows point toward a significant loss of momentum and good start to bottoming activity.

The question that comes to mind is if even GE is posting some evidence of bottoming, what of other beaten down industrials? The underperformance of cyclicals such as commodities, energy and industrials are an anomaly and suggests investors have already priced in a global recession. If we do not in fact get a global recession, these sectors are cheap. 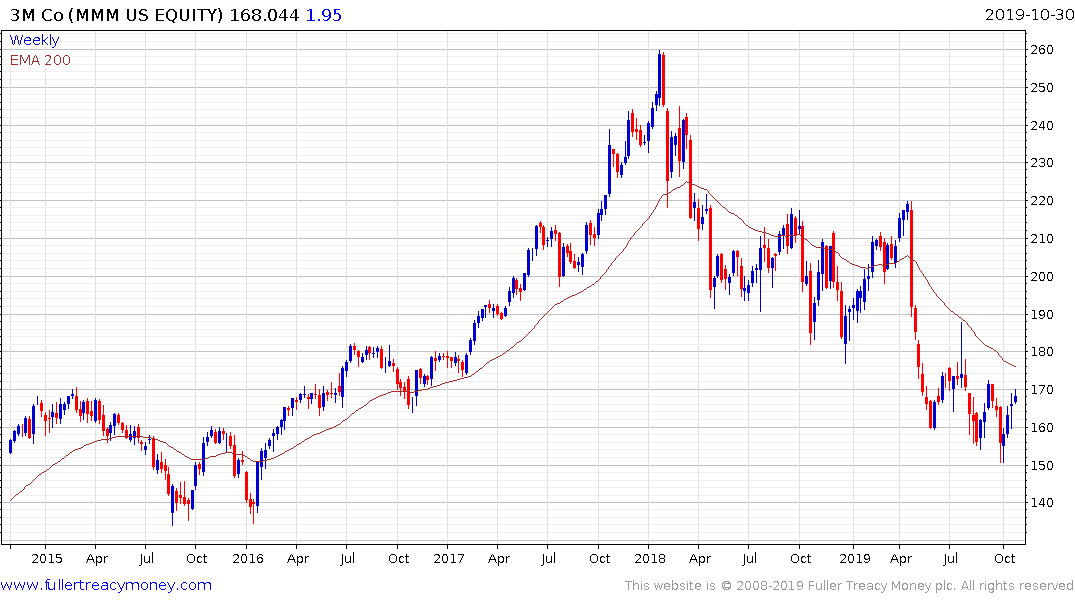 3M is still trending lower and will need to sustain a move above the trend mean to confirm a return to demand dominance beyond short term steading. 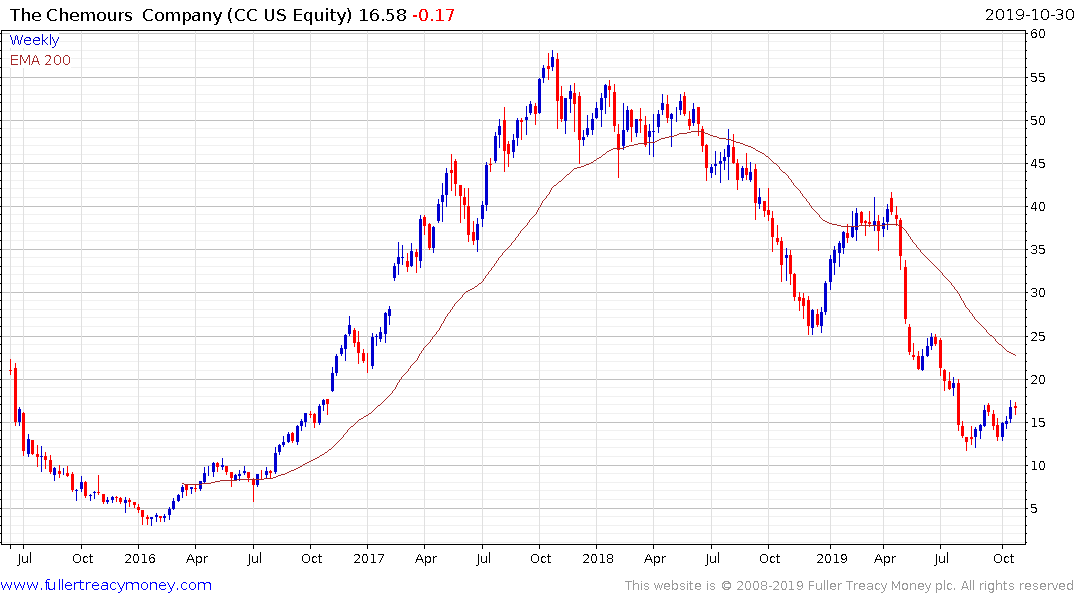 Chemours is down about 75% from its 2017 peak and has at least steadied over the last couple of months. It probably needs an additional period of ranging to build support and to unwind the overextension relative to the trend mean. 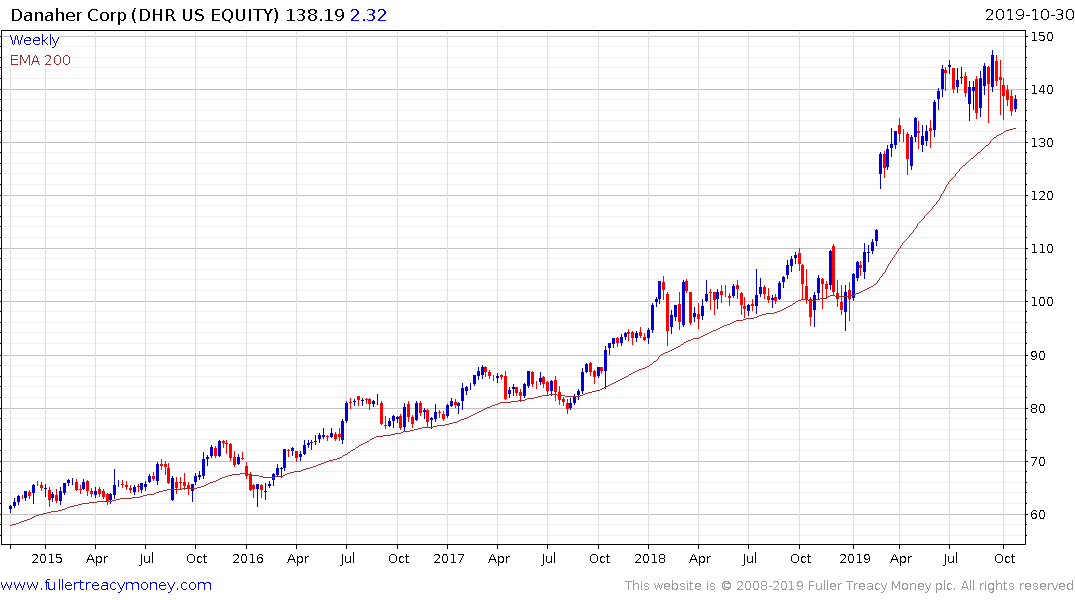 Meanwhile Danaher is an example of an industrial company that has done just about everything right over the last decade and is now buying GE’s biopharma business. The share is currently consolidating following an impressive jump earlier this year. 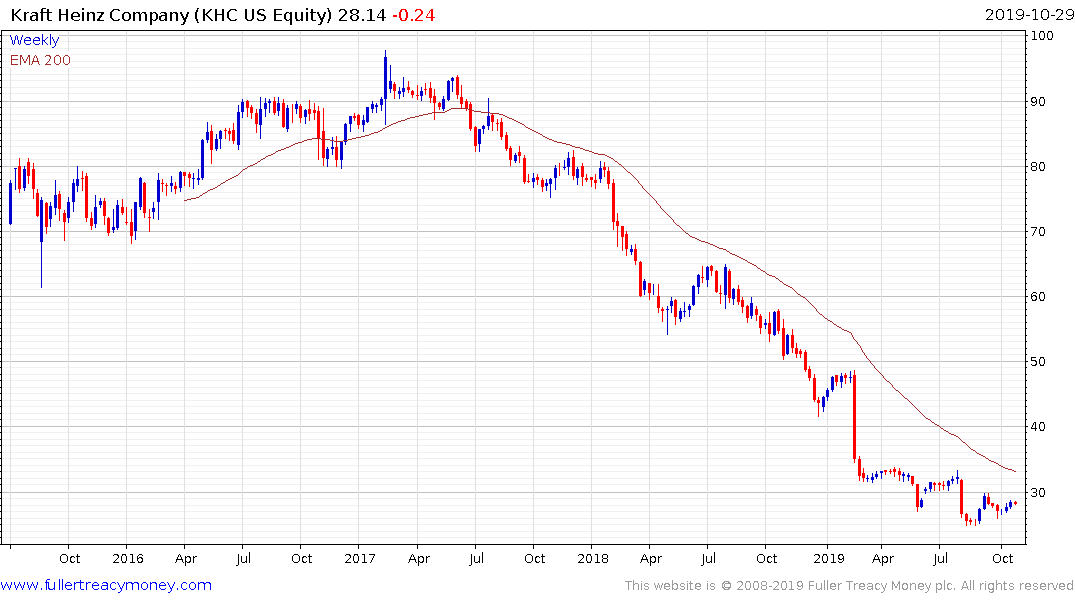 Another company that has been particularly unloved this year is Kraft Heinz. The share has lost some downward momentum but needs to break the sequence of lower rally highs to confirm more than short-term steadying.