General Electric shares jumped as much as 10% on Wednesday after the company’s third-quarter results
topped projections, earning the company plaudits from even the most bearish Wall Street analysts.

** Said overall, stronger healthcare and better free cash flow, despite still tough aviation business, “are likely to reinforce the messaging that GE has fundamentally bottomed – although the company will likely continue to face years ahead of difficult climb-back,” while Covid resurgence could arrest aviation fundamentals and future improvement in healthcare business

* JPMorgan analyst Stephen Tusa (neutral) said the across-the-board nature of the beat “is what it is, positive”

** The 4Q guide for free cash flow of over $2.5 billion suggests cash will be well ahead of JPM’s below-consensus expectations, and a “headline like that is tough to argue with”

* RBC analyst Deane Dray (outperform) said GE is still battling through a multiyear turnaround, worsened by the Covid-pandemic, but “there were encouraging signs” in the company’s EPS beat

** As is typical with a GE earnings, there are a number of moving parts involving charges/reserves, the analyst noted

** Said the most notable of those is the $100 million reserve taken for a potential settlement with the SEC for legacy accounting issues; however, since these issues date back to two CEOs ago, Dray expects investors would view it as a positive to see this issue resolved via a settlement

The global economy is in a state of flux because no one can have an accurate reading what the future patterns of activity will be following the pandemic. The travel/hospitality sector obviously has a place in the economy but at what scale? The stay-at-home champions have seen a step change in demand growth for their products but how sustainable is that growth trajectory? For industrials is the economy going to bounce back on infrastructure development or be mired in political infighting?

The primary advantage of industrials companies like GE is they have been forced into a process of rationalisation for years already. The have already had to make the hard decisions about selling off non- core assets and cutting headcount. In many cases their shares have already declined meaningfully. They are therefore well positioned to take advantage of any improvement in economic conditions. 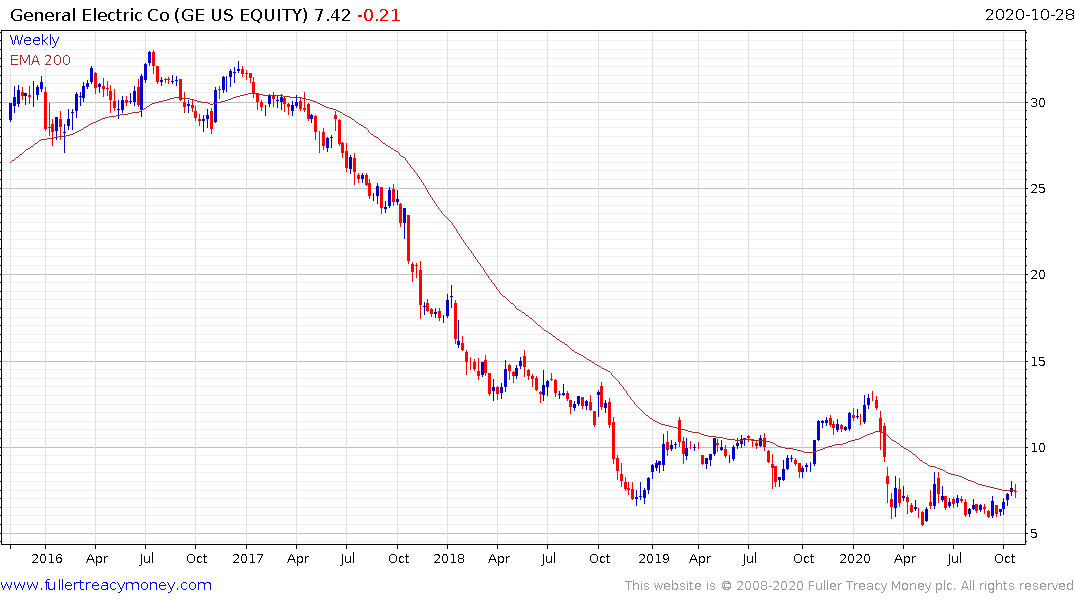 GE continues to firm from the region of the 2008 lows. 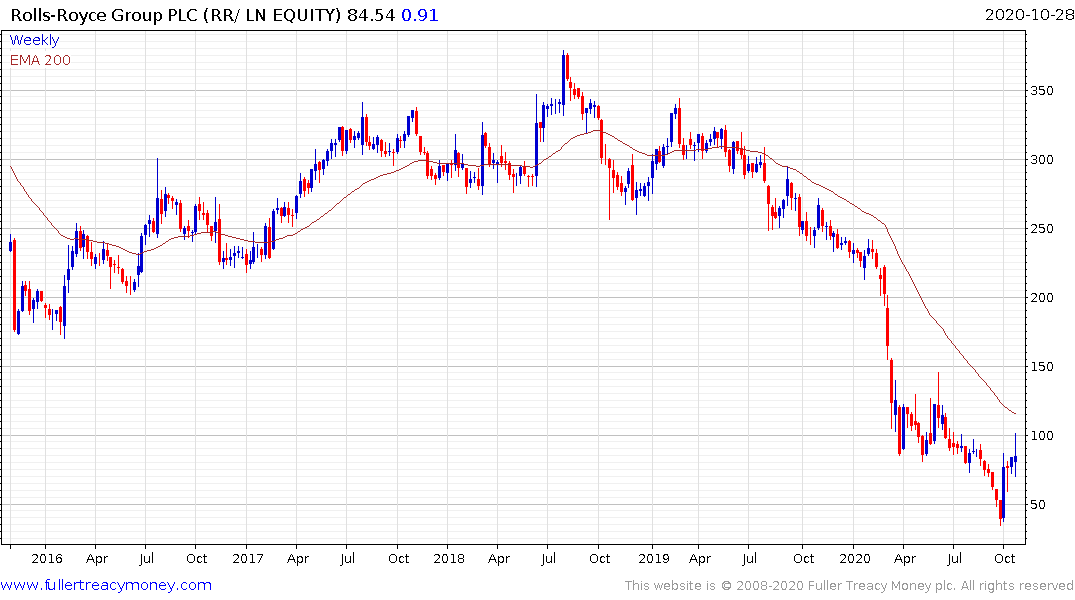 Rolls Royce has been rebased following the approval of its right issue and was up on the day. 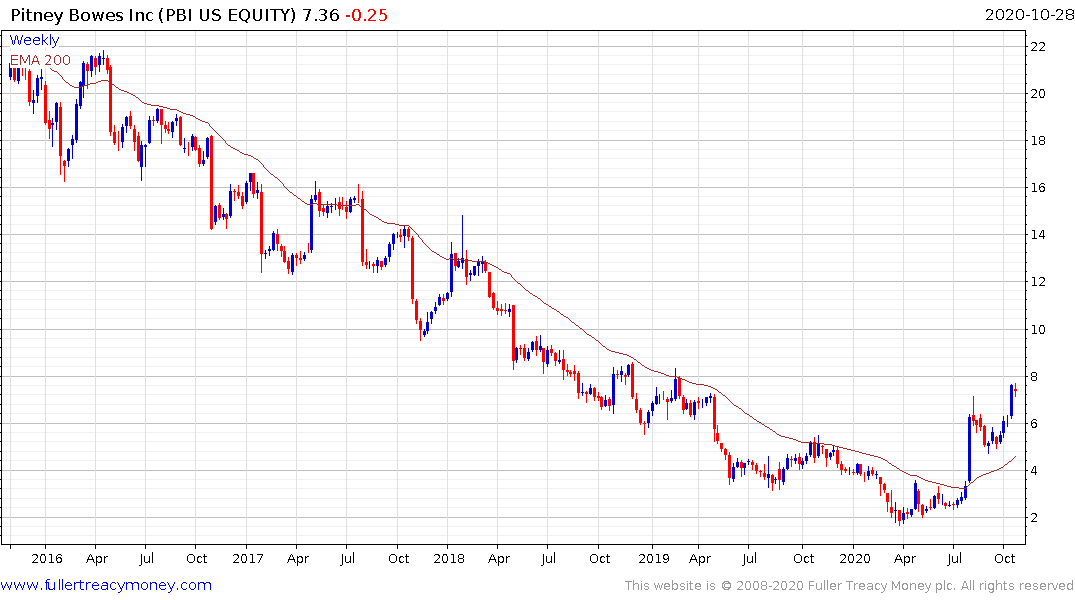 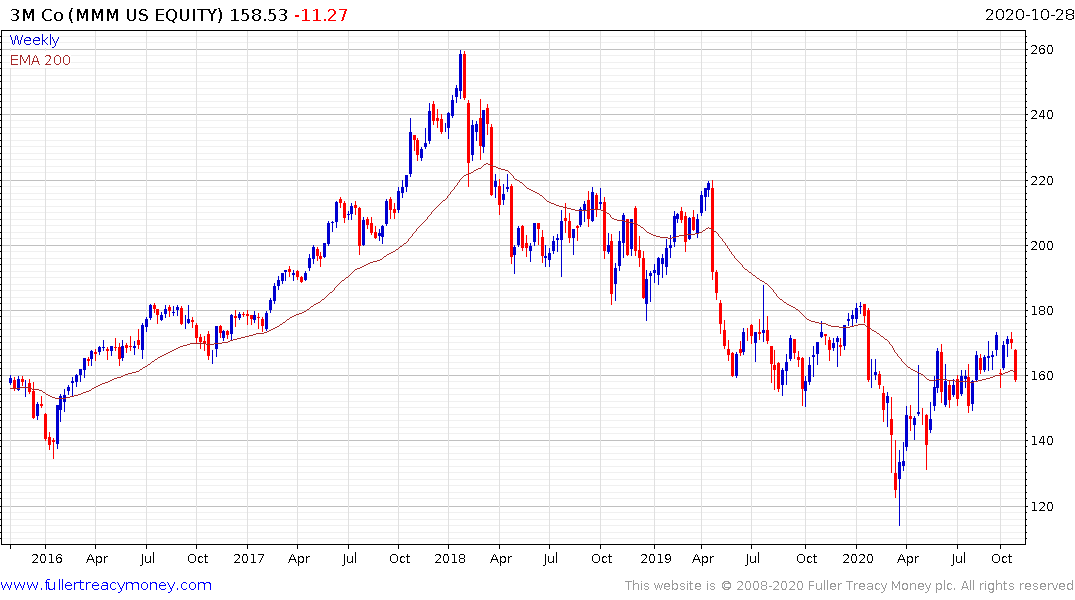 3M may not yet have experienced enough pain to force significant rationalisation. 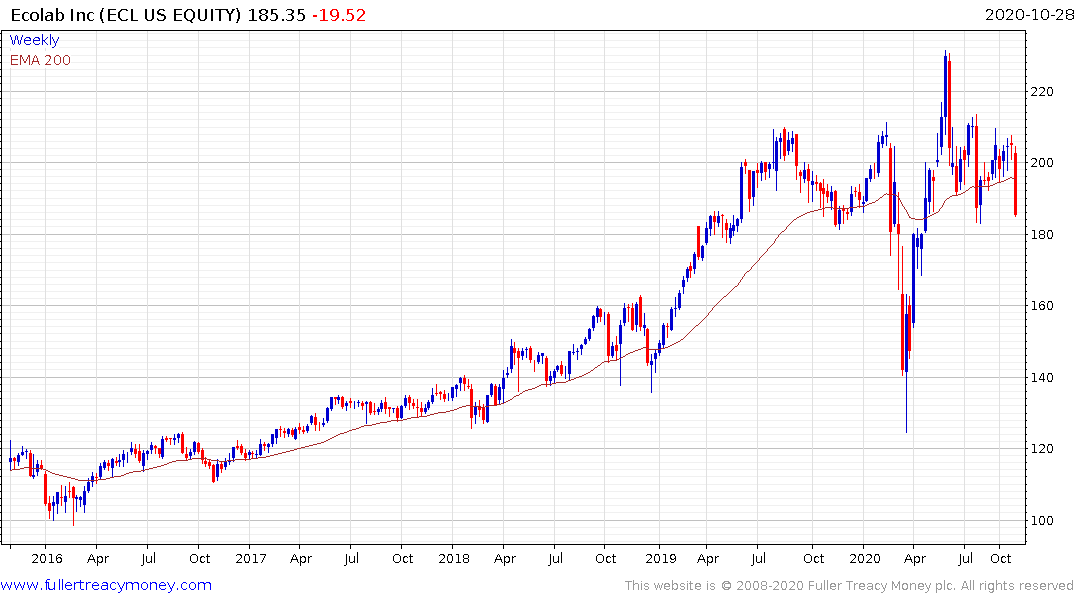 Ecolab has been a massive outperformer in the industrial sector but its trend is no longer consistent. It will need to find support soon if top formation completion is to be avoided. 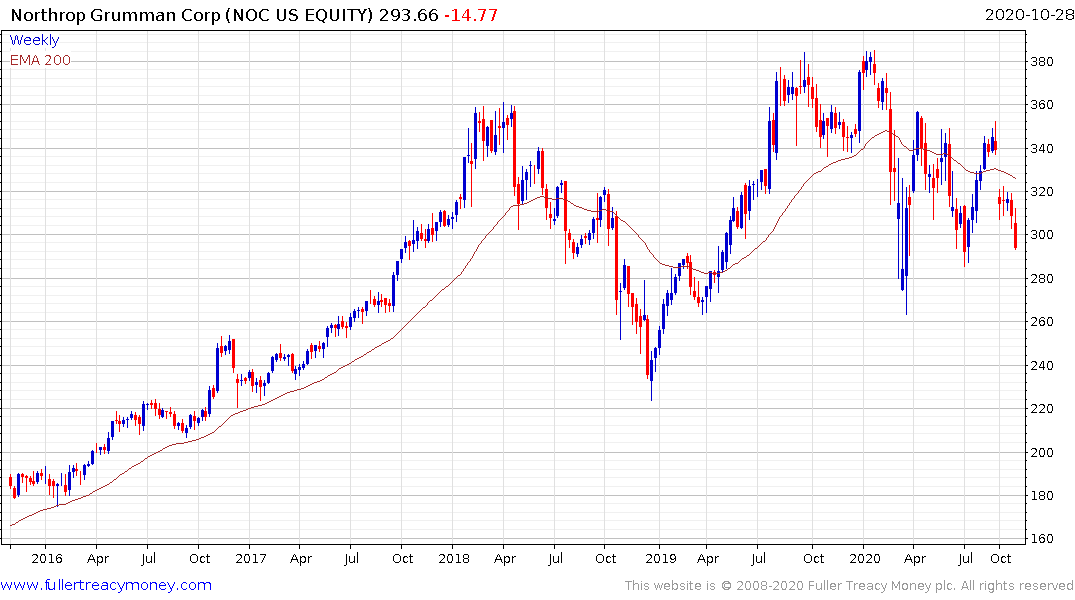 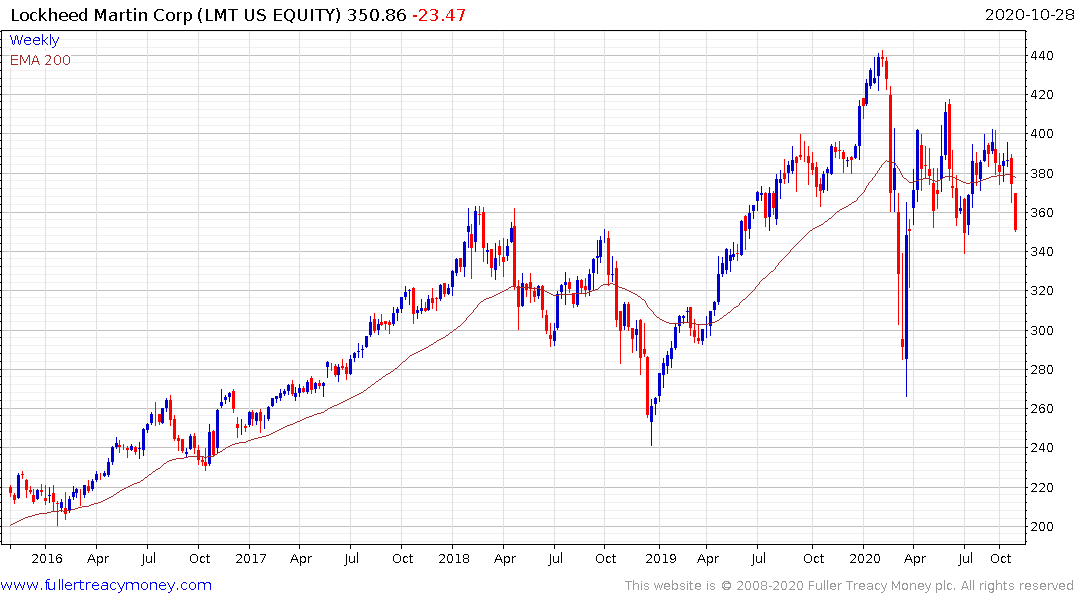 These charts suggest that re-rating opportunities exist where investors previously believed terminal decline was likely. However, there are still plenty of companies that have yet to experience a serious probing of their business models.