Health-care expenditure in Kenya grew faster than the overall economy in the first decade of this century, driven mainly by private sources, according to Open Capital Advisors, a Nairobi-based financial-services company. Government spending on health care accounts for only one-third of total health expenditure, down from 45 percent in 2000, according to its website. Private spending on health care is expected to total as much as $3.1 billion by 2025, Open Capital said in 2012.

Kenya's government last week approved a plan to lease equipment for public hospitals and improve infrastructure under a public-private partnership model. The project will provide critical care services in a country that has only 64 public intensive-care unit beds, compared with a requirement of 670 beds, the cabinet said in a statement on Jan. 23.

Africa represents where the majority of the world¡¯s population growth is due to emanate from in the coming decades. In tandem with the fact that governance is improving across the continent, the development of the healthcare industry represents a significant growth opportunity. As one of the world¡¯s largest healthcare equipment manufacturers, GE is eager to build a footprint in the one of the world¡¯s few remaining regions where access to even basic services is limited. 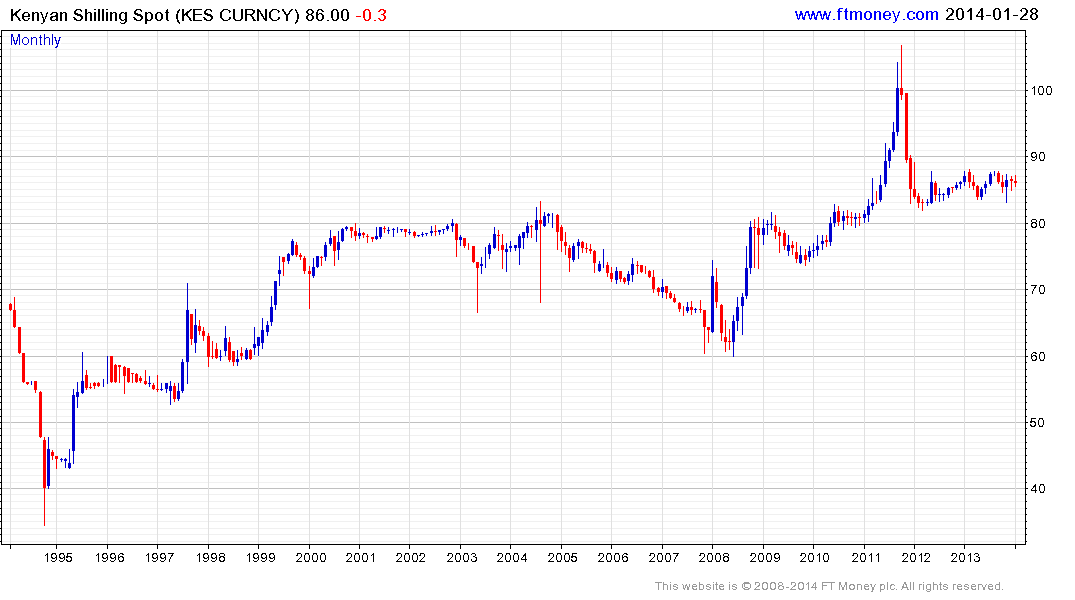 Interestingly, African currencies, with the exception of the Rand, have been reasonably steady during the current bout of volatility for emerging market currencies. This may be because their small size has protected them from the large quant traders that have contributed to recent volatility and also suggests that investors participating in these markets are not short-term oriented. 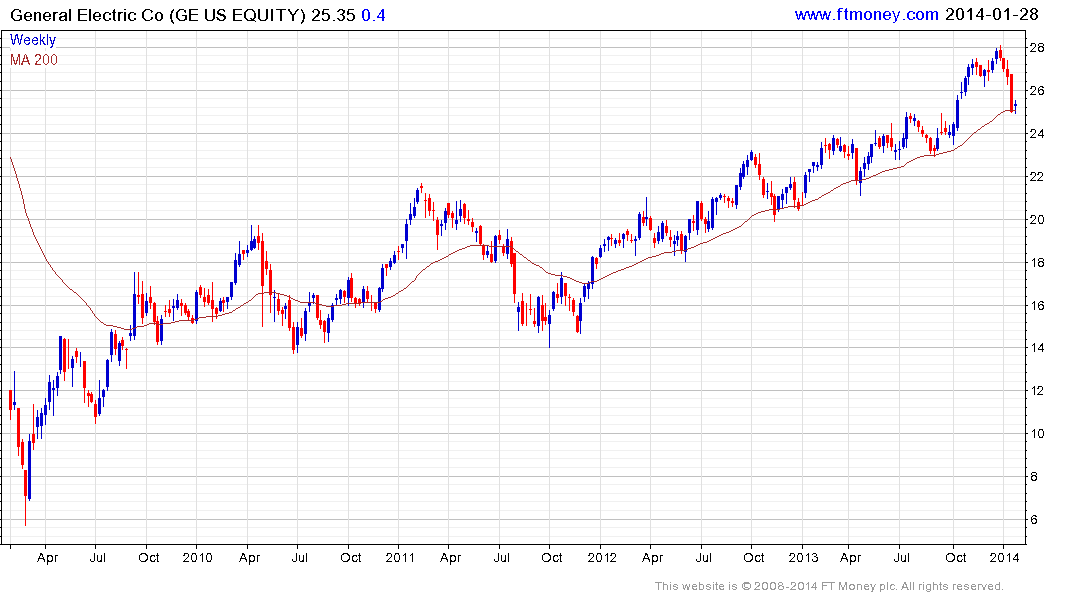 GE (Est P/E 14.93, DY3.47%) has been trending consistently higher for much of the last 2 years but had become somewhat overextended relative to the trend mean by late December and has pulled back to test the region of the 200-day MA and the progression of higher reaction lows. While some additional consolidation is a possibility, the current area represents where support is likely to be found if the medium-term uptrend is to remain consistent.