Gaming? China's Big Crackdown Is on Big Capital
Comment of the Day

China may have questioned the ethics of for-profit tutoring companies in the past. But it did not really act until the enterprises were flooded with speculative venture capital money.

The government saw that as investors hijacking its state-dominant education sector with huge amounts of capital. And so it put a stop to that liquidity train.

The market-oriented Chicago school of economics acknowledges that a benevolent dictatorship — with the assistance of cumbersome bureaucracy — can be as efficient for social and economic development as a well-ordered competitive marketplace. China — which sees itself as a benevolent authoritarian regime — has tried to maintain efficient capital markets. Now, it’s having second thoughts. In Beijing’s view, hot money is not heading where officials want it to go. Indeed, it was on the point of creating competing power centers that could rival the central government.

So what can be read from these tea leaves? Stay away from where the hot money is going. Sooner or later, China will curb that enthusiasm and send the sectors into a crash landing.

The primary aim of an authoritarian regime is to sustain single party rule. Everything else comes after that. China’s administration understands that online forums of any kind represent a point where state control can end. They are also keen to ensure that capital flows only to favoured sectors. Absolute control and the micromanagement it engenders, were some of the primary arguments against the potential success of communist regimes. It remains to be seen how far this trend of increasing authoritarianism will go. 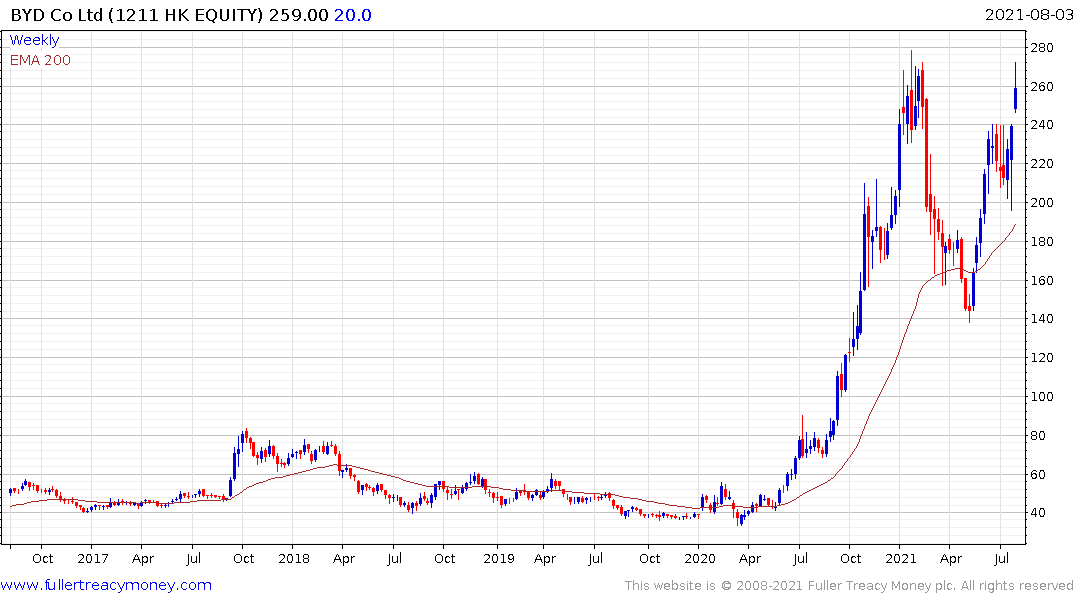 At present the sectors granted the “mandate of heaven” from the administration are batteries and semiconductors. Those are the sectors least likely to benefit from the current 5-year plan. 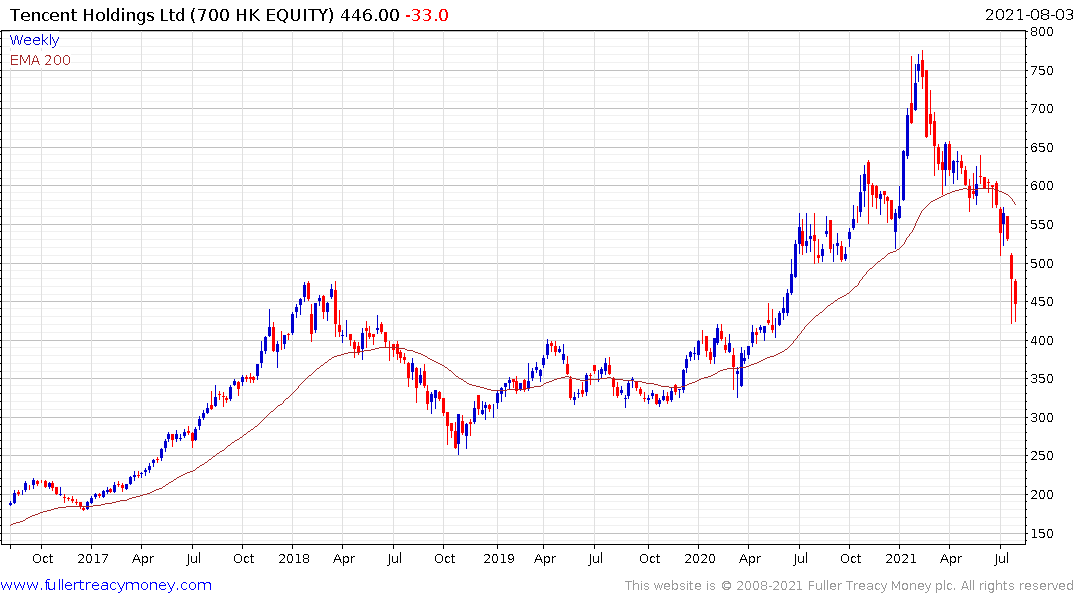 Meanwhile Tencent is at an interesting juncture. This is not the first time computer games have been attacked by the administration and is unlikely to be the last. The share returned to test it low today and the post calling games “spiritual opium” has been removed. That suggests there is scope for a bounce tomorrow. Tencent might have its growth limited but it has significant holdings in a whole host of other ventures. 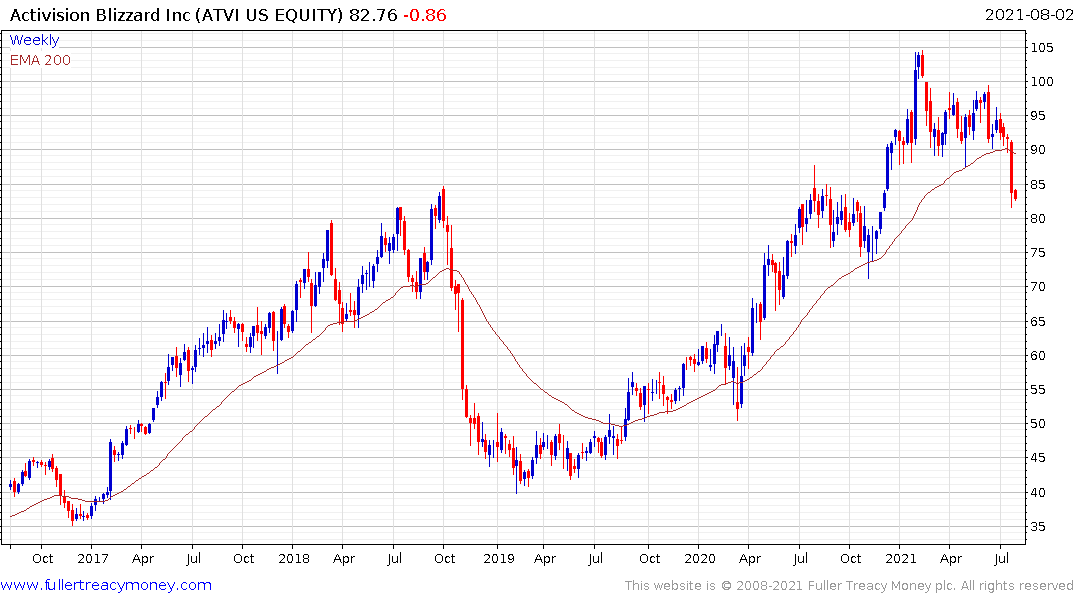 Activision Blizzard on the other hand has a significant sexual harassment problem it needs to deal with. If even half of what I have heard from my daughters is true, it is likely to continue to weigh on the shares.