From Spotify to Hello Fresh: lockdown Brits give subscription economy an adrenaline boost
Comment of the Day

From Spotify to Hello Fresh: lockdown Brits give subscription economy an adrenaline boost by Eoin Treacy

Hamish Grierson, chief executive of Thriva, a home blood-testing company that helps users monitor their health, said founders were now eyeing subscription models instead of the Facebook approach of chasing huge growth with no immediate revenue stream. He said the “growth at all costs” model worked for only a handful of companies and meant that most failed.

“As a consequence of that, there is a little bit more sympathy for more pragmatic, more resilient business models — and subscription tends to be a good version of that story,” Grierson added.

Investors want a piece of the action, too. Last week, Deliveroo, which charges £11.49 a month for free deliveries of restaurant meals, confirmed plans to float in London.

Thematics Asset Management launched its Subscription Economy Fund in 2019 to let investors cash in on the trend. The first of its kind, the $230 million (£165 million) fund is invested in about 50 companies with subscription models. It is up 50 per cent already.

Having the ability to predict revenue growth over a 12-month horizon is a particular benefit where interest rates are low and asset prices are high. That visibility commands a higher valuation because cashflows are so easily modellable. In other words, these kinds of companies can carry more leverage because they have less risk on the revenue side. 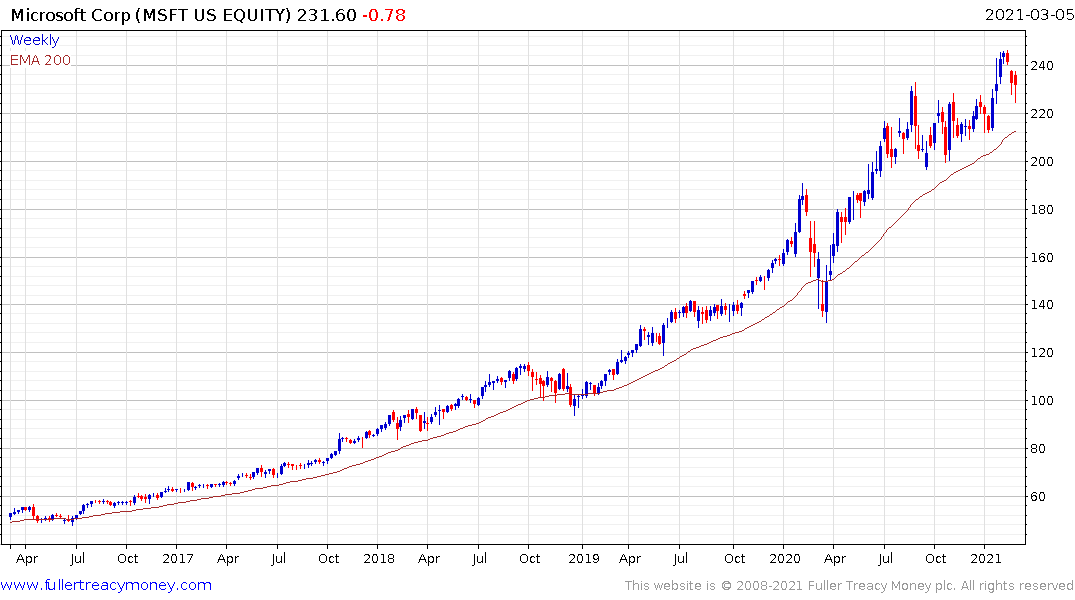 In an environment where consumers do not have the financial wherewithal to make big ticket purchases the subscription model has thrived. It has been adopted by all manner of companies from large to small. Microsoft’s migration from individual product sales to Microsoft 365 revolutionised the perception of the company’s profitability. Netflix, Amazon, Apple Music and Spotify, virus software, utilities and telecoms all fall into this bracket. The strength of the software sector is they can combine growth with utility-like cashflows. Adobe pioneered the approach. 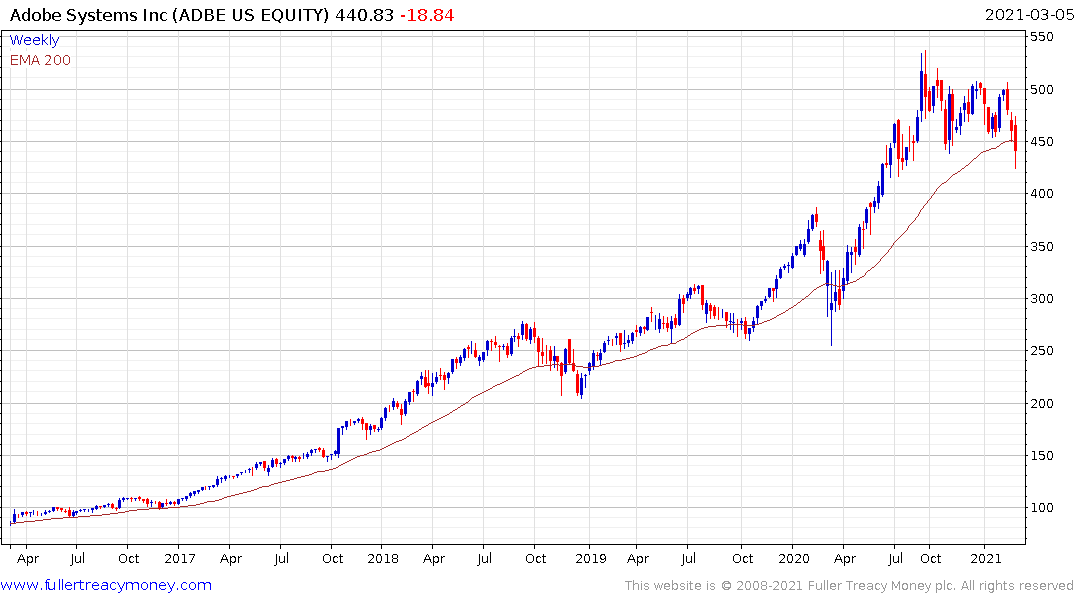 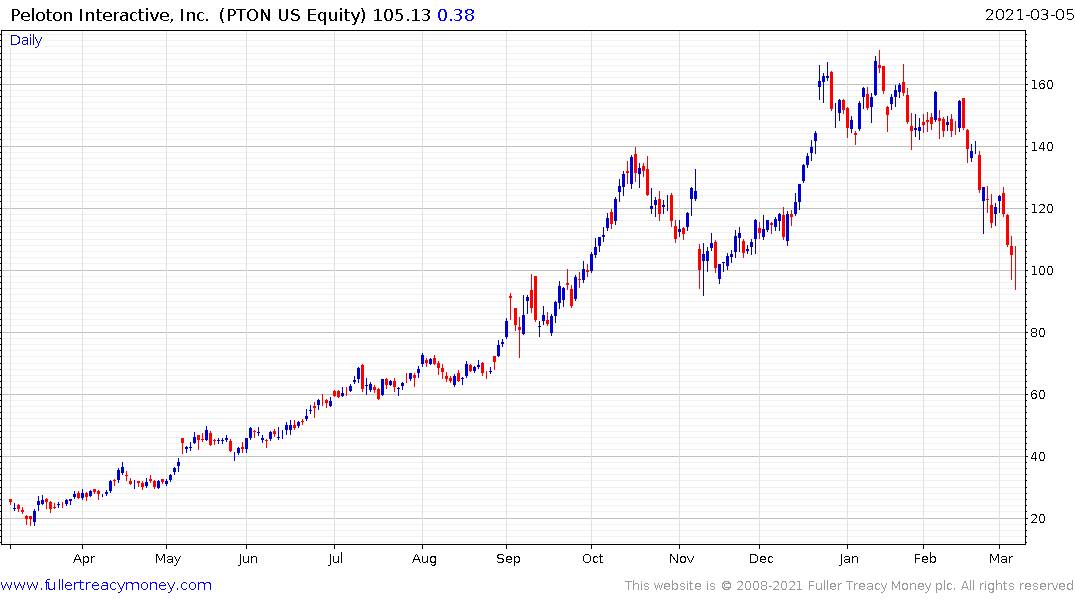 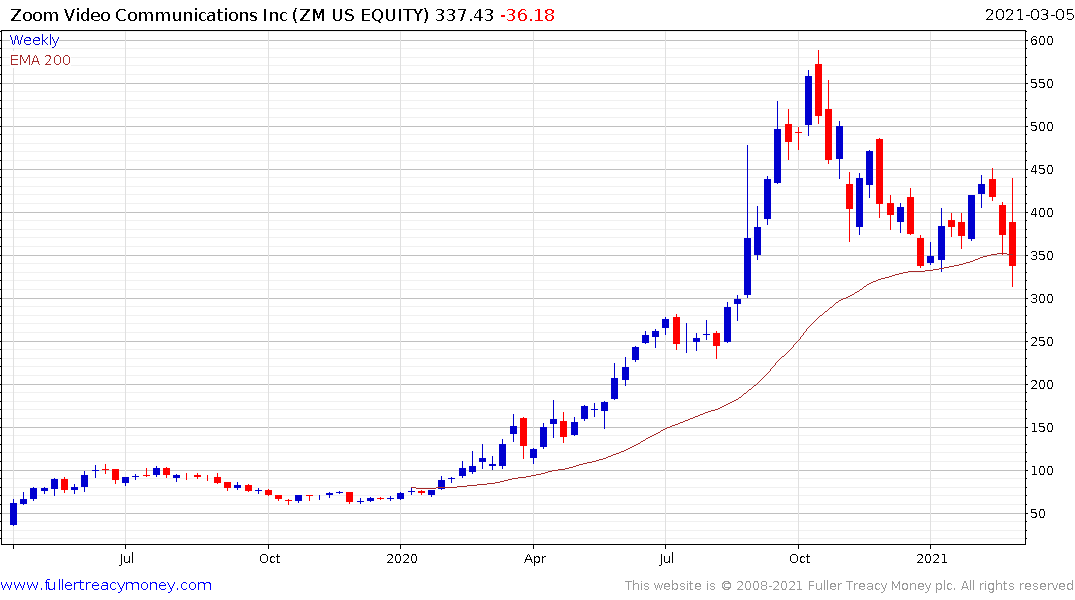 The primary challenge for the model is its popularity. The number of potential subscriptions continues to proliferate. Every consumer represents a finite number of potential cashflows. Peloton’s growth model for example is based entirely on capturing market share from gym subscriptions. It now has competition from Nordic Track and the reopening economy. The same twin challenge exists for Zoom Technologies. 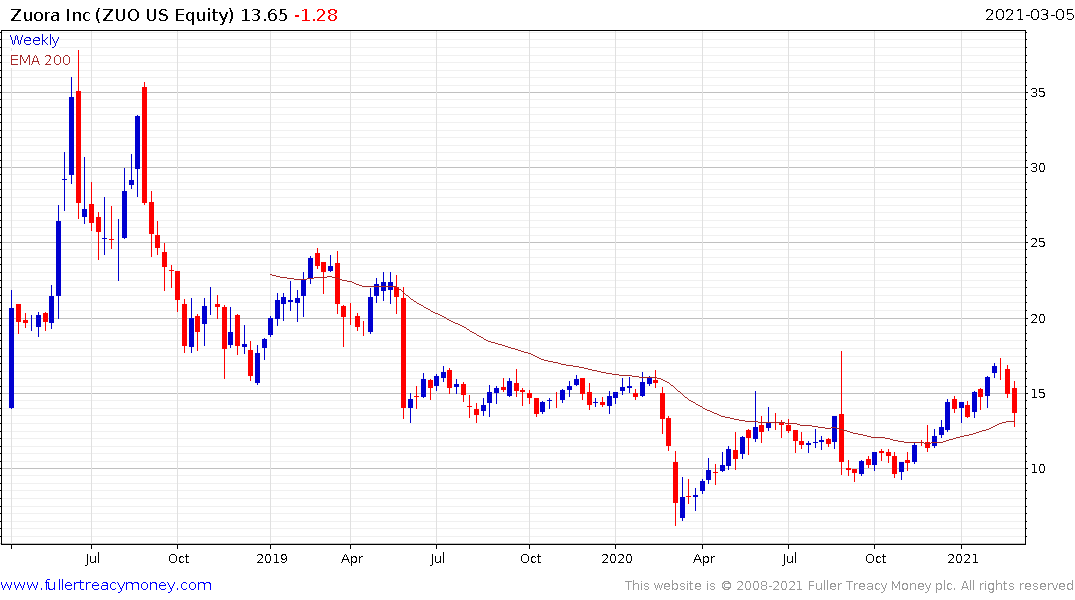 Zuora, which provides software to companies wishing to convert to a subscription model, was an unremarkable performer until the pandemic. It is likely to have difficulty sustaining its one-time growth bump. 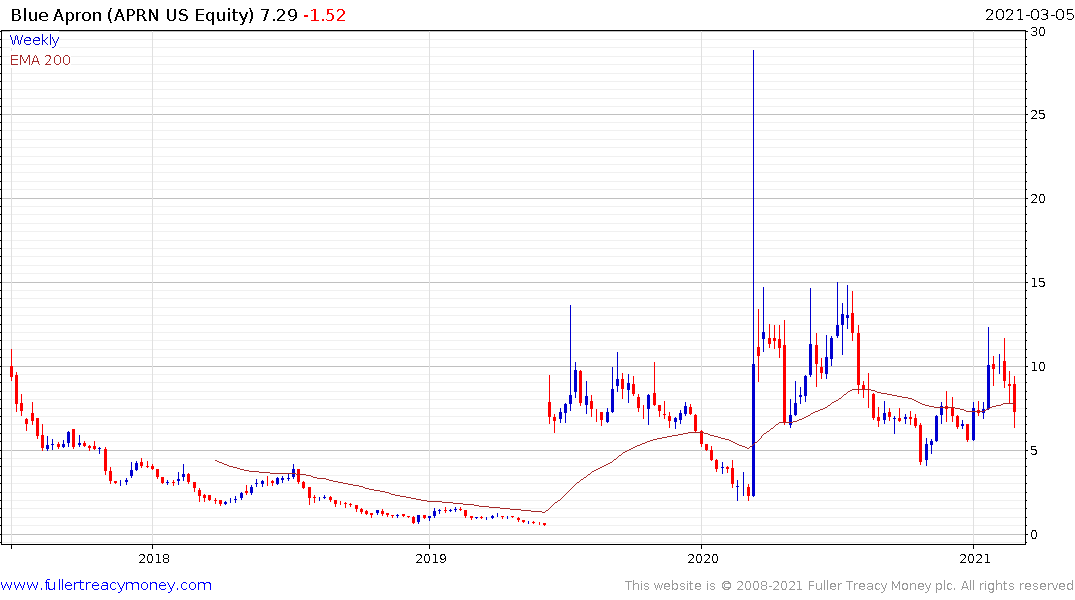 The clearest benefit from the subscription model resides among companies that already have a solid business. It helps to streamline their cashflows. New entrants, selling new products, need vast marketing budgets to capture critical mass. Blue Apron is a cautionary tale.