Overnight swap markets are currently pricing in two RBA cuts by November. Westpac Banking Corp. economist Bill Evans on Tuesday brought forward his forecast for the first reduction in the cash rate to June, with a second to follow in August. Commonwealth Bank of Australia and Royal Bank of Canada expect the same.

JPMorgan Chase & Co. though says two cuts may not be enough. “From where we are today, this is still not sufficient to fully neutralize risks to the RBA staff’s current forecasts, suggesting risks to a sub-1% cash rate,” economist Ben Jarman wrote in a note.

Franklin Templeton’s Canobi expects the RBA to lower borrowing costs three to four times over the next nine to 12 months as tepid inflation weighs. “We never felt that inflation has really had a grip since the RBA started easing in 2016, and it still looks pretty weak,” he said.

Australian mortgages are full recourse and floating rate. The Australian consumer is carrying some of the highest leverage ratios in the world, second only to Canadians in the G7. That’s fine as long as the property market is rising but when it starts to contract pressure starts to build on leverage at even a slight down turn in the ability of consumers to service their debts.

That suggests there is clear potential for Australian interest rates to trend downwards and that risk will increase if China’s demand for its exports contracts. House prices have had the largest pullback in decades and the index was last updated in December. There is a clear need for remedial action to soften the blow for consumers, particularly young people who will be in negative equity. 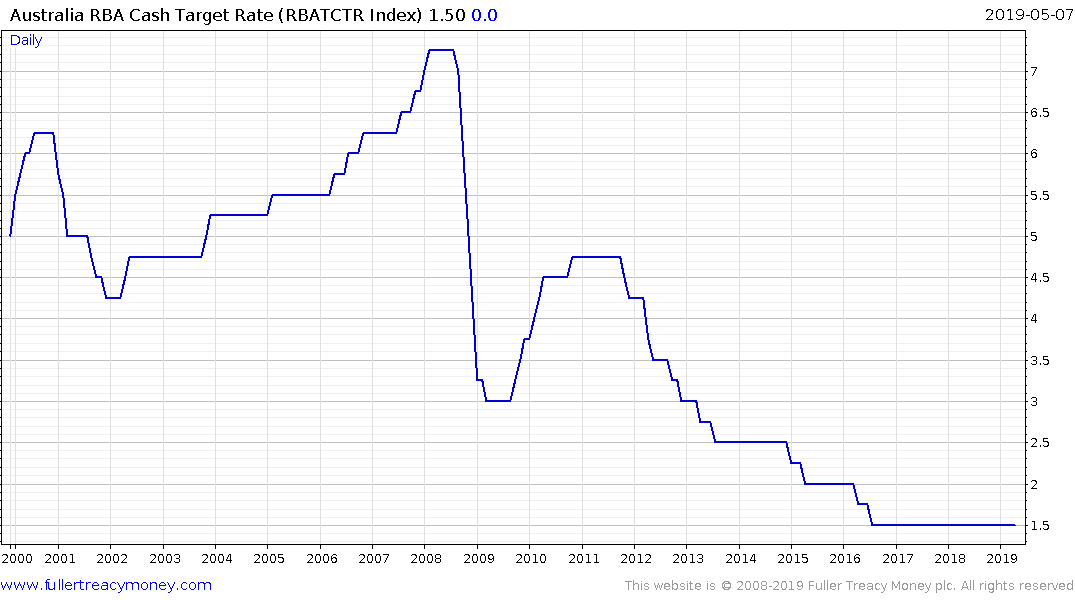 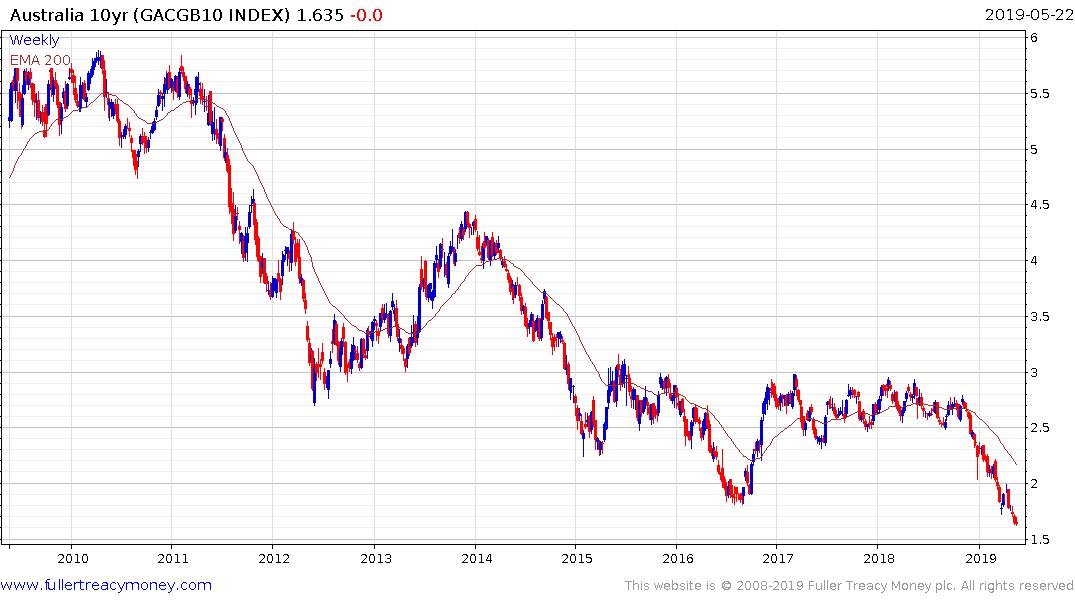 The bigger picture is Xi Jinping is talking about a new Long March while more commentators in the USA are talking about a new Cold War. That is painting a grim picture for continued demand growth from Chinese infrastructure development. The RBA Cash Target Rate has been held at 1.5% since 2016 and there is clear potential for its spread relative to global peers to disappear over the coming years. 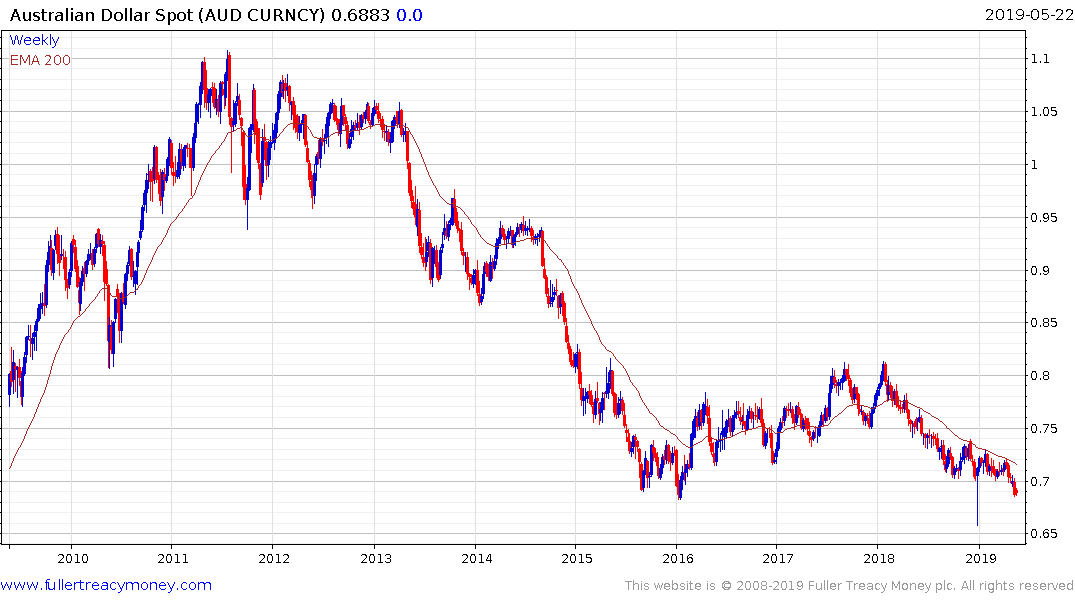 That represents a headwind for the Australian Dollar which remains in a downtrend. 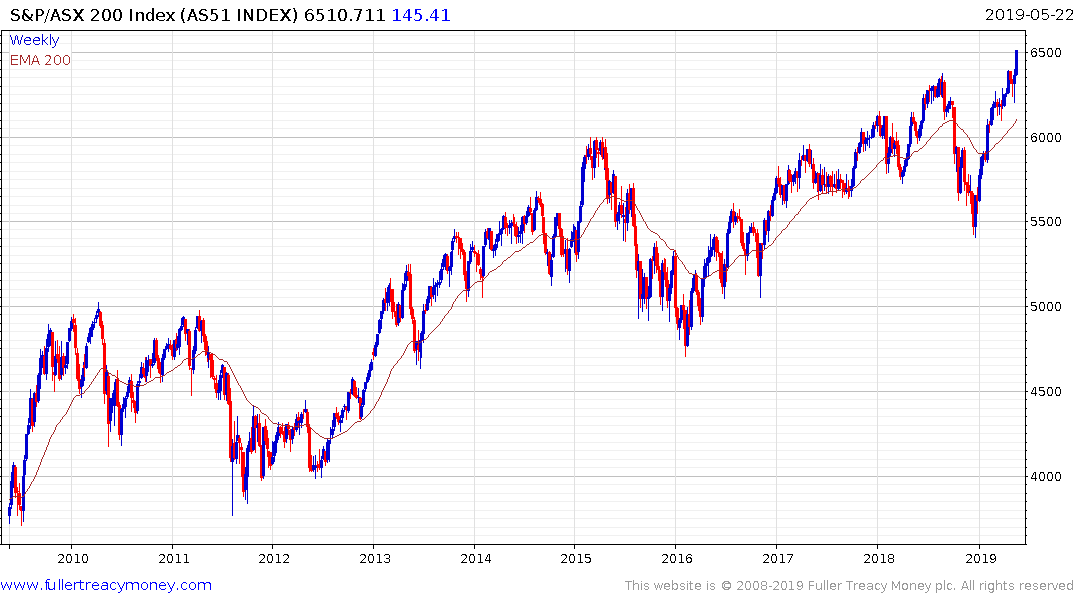 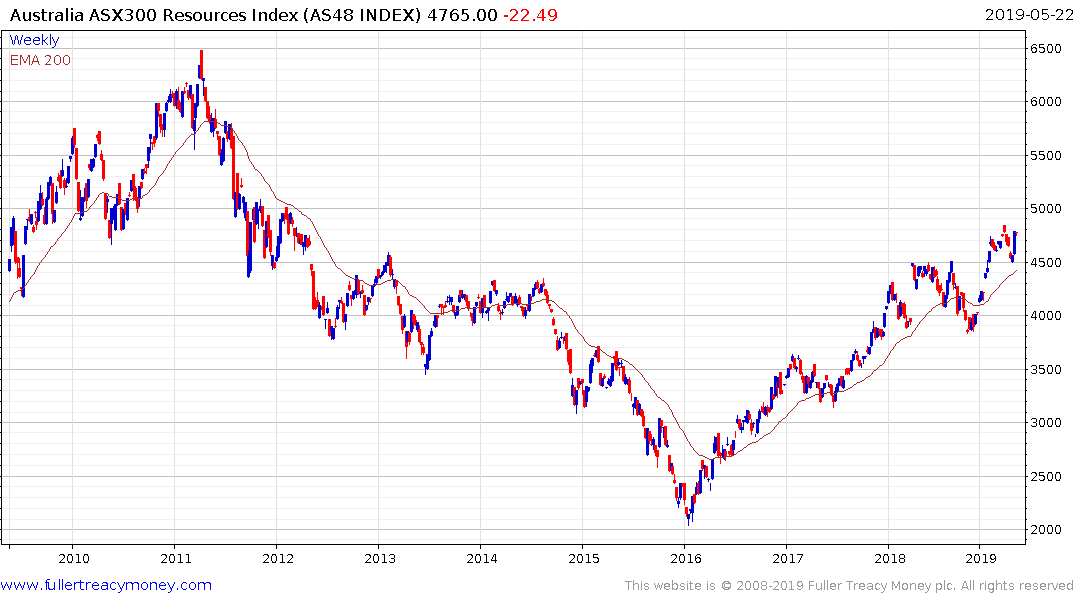 The stock market continues to rebound on the belief interest rate cuts will spur speculative activity particularly for the export sector repatriated US Dollar denominated profits, most particularly in the commodity sector where prices are appreciating i.e. lithium, rare earths etc.