Here we look at the 2019 share of global production and at the share of global reserves for countries around the world. We use data from the United States Geological Survey’s Mineral Resources Program, and the World Nuclear Association. While production data are considered relatively accurate, reserves data is imperfect, given lack of exploration is some areas. However, we take a view that if countries have reserves, but have zero production currently, then there are likely to be technical, financial and/or institutional factors to overcome to allow production in the near future. (Note that we were unable to access reserves data for the commodities Indium and Gallium, and only included production numbers). We create a blended metric for production and reserves values for these commodities (weighting them all equally), in order to score and rank countries in this area. South Africa is ranked first here, followed by China and Chile. Australia comes in fourth, making it the highest ranking DM country on this indicator. 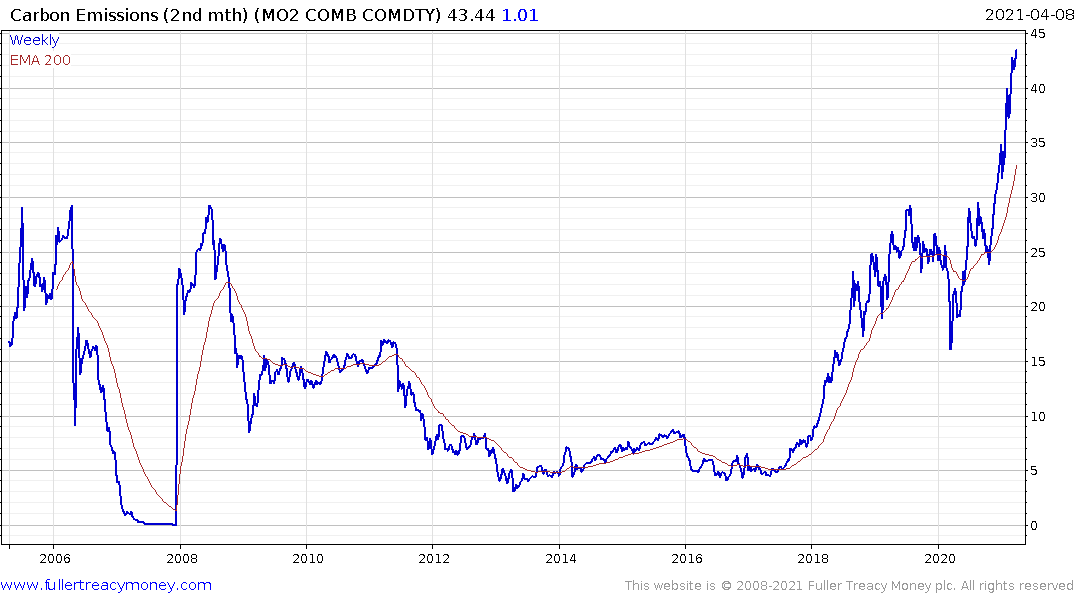 Trillions of Dollars are being committed to building out carbon-free infrastructure, whether that is solar, wind, geothermal, nuclear or hydrogen. As that buildout gets under way it will require massive fiscal support, regulatory bypasses for permitting and taxation supports in the form of carbon credits. It will also result in a significant near-term boost in demand for all manner of resources from copper to lithium and from coal to oil. 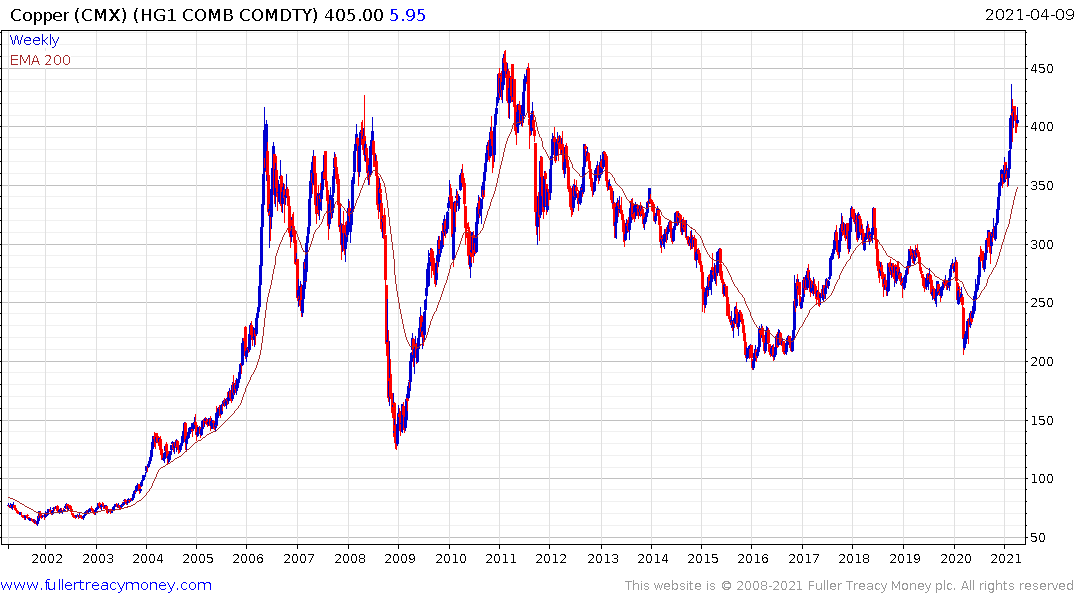 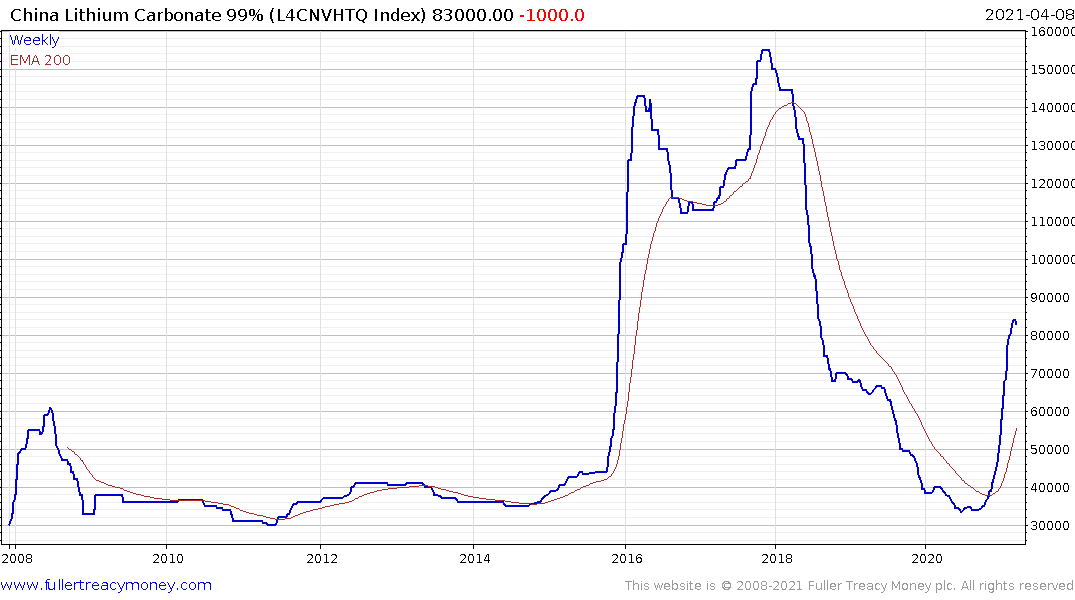 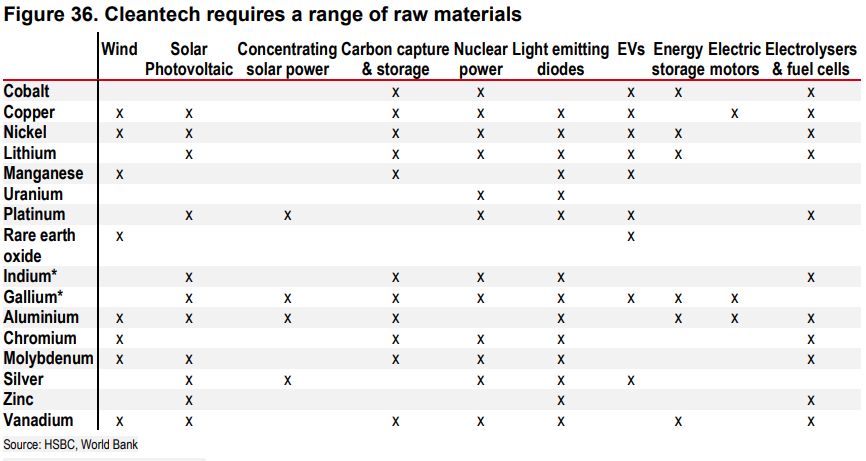 For copper, lithium, nickel and cobalt, demand is likely to remain on a sustainable long-term growth trajectory. At the other end of the spectrum, the jump in demand for oil and coal is only sustainable in so far as the buildout phase of the bull market persists.

The Blackrock World Mining Trust continues to extend its recovery and hit a new recovery high this week.