Fitch Ratings Ltd. followed on Friday by cutting its outlook for Africa’s most industrialized economy to negative. JPMorgan Chase & Co. said the same day that a rally in the rand since the start of June was more to do with a supportive global environment than improvements in conditions locally.

Citigroup Inc. recommended to clients on Monday that they short the rand against the Turkish lira. The Wall Street bank’s analysts see the latter strengthening about 7% versus the South African currency over the next three months.

The mismanagement of utilities in emerging markets whether in South Africa or Venezuela is often one of the most apparent signs of low or deteriorating standards of governance. Utilities provide essential services but are mostly state run, they have reliable cashflows and the cost of upkeeping vital pieces of infrastructure can be delayed for years without apparent loss of service. That makes them perfect candidates for political rent seeking or theft.

Loading Eskom with debt is a good example of that practice and the company’s projected record loss is throwing focus on governance of the monopoly amid plans to break it up. Nevertheless, the Rand steadied today and a sustained move above ZAR15 would be required to signal a return to Dollar dominance. 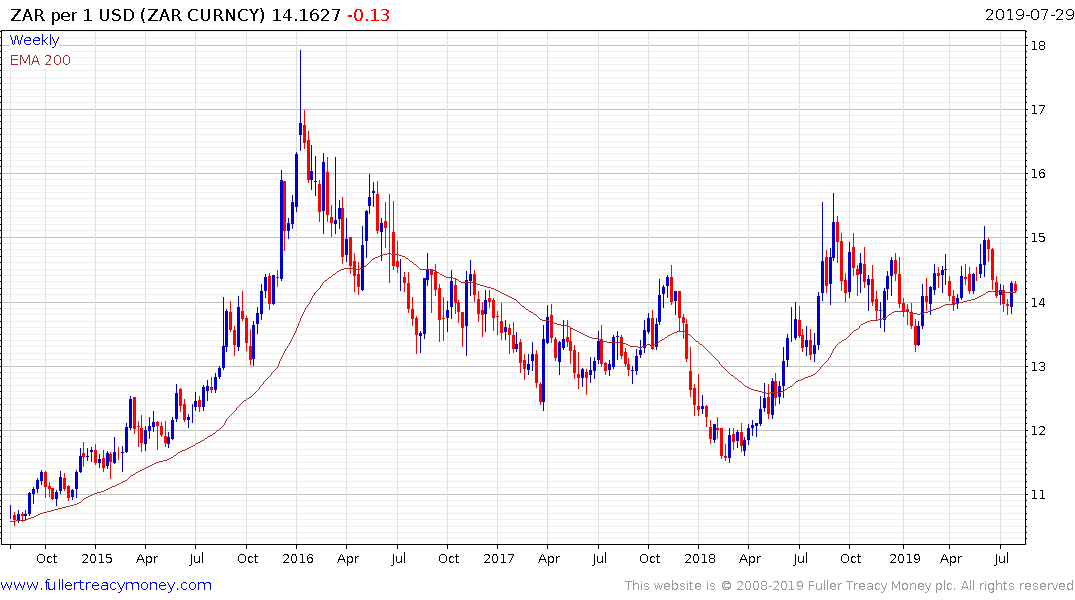 The more I think about it, the more the current market environment resembles the late 1990s. The Asian Financial Crisis, Russian debt default, Peso crisis and failure of Long-term Capital Management all rocked investor confidence in the late 1990s. That ensured US monetary policy remained easier than it might otherwise have been. It also created a bid for the Dollar as a safe haven asset and the outperformance of the technology sector simultaneously acted as magnet for investor flows from all over the world.

Today we have brewing debt crises in Turkey, Venezuela and potentially Iran. The trade war is a drag on Chinese growth and one has to question whether the increasing tension in Hong Kong is intended to elicit a harsh response from Beijing to try and build international sympathy for the democracy movement. South Africa’s debt situation is an additional source of worry. 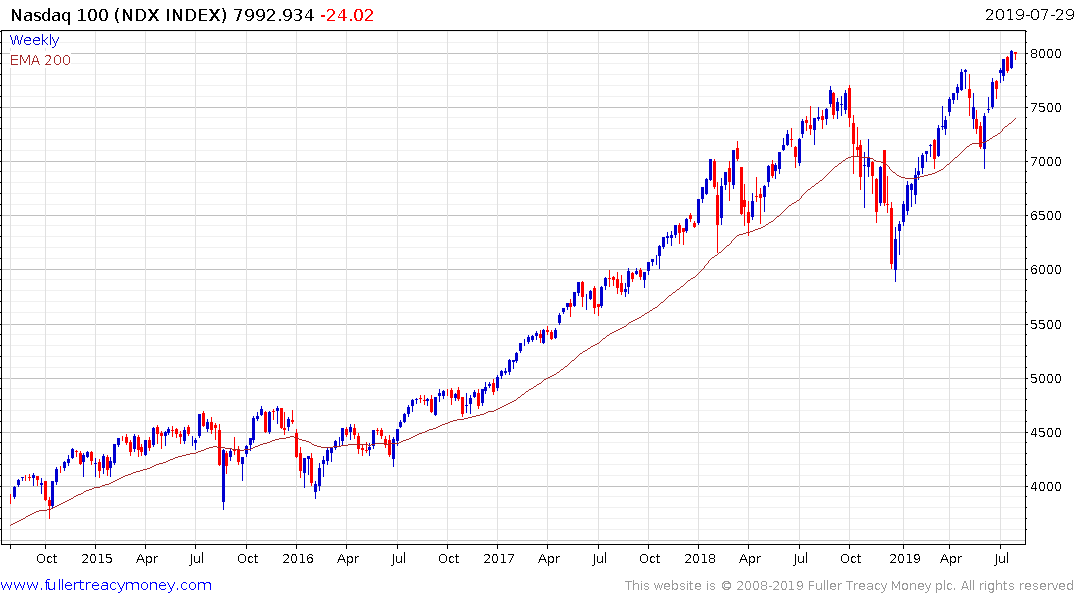 Meanwhile the Nasdaq-100 is still pushing new highs and the Dollar retains its position of relative strength.