For This Top Gold Miner, Joining M&A Rush Is A Last Resort
Comment of the Day

For This Top Gold Miner, Joining M&A Rush Is A Last Resort by Eoin Treacy

Newcrest Mining Ltd. could jump aboard the multi-billion dollar, deal-making rush that’s reshaping the top ranks of the gold sector -- but only if it has to.

The No. 3 gold producer by market value has set a deadline for the end of 2020 to increase its exposure to five so-called tier-one assets, meaning that it’s hunting for a project or mine to add to a roster of four mainstay operations and investments in Australia, Papua New Guinea and Ecuador.

Mergers and acquisitions are ranked as a “final pathway” to growth behind exploration work and partnerships with smaller companies on early-stage projects, Chief Executive Officer Sandeep Biswas said Thursday on an earnings call with analysts.

“We don’t need to do M&A, we are in the enviable position of owning two of the world’s premier long-life gold assets.”

New long-life, high grade gold assets are like unicorns. You just don’t see them very often. That is why the major gold miners have been so active in M&A recently. On top of that mines are wasting assets so miners have a proclivity for shopping for replacements. It seems inevitable Newcrest will deal at some stage but if they continue to wait, they will likely end up paying more for attractive assets later. 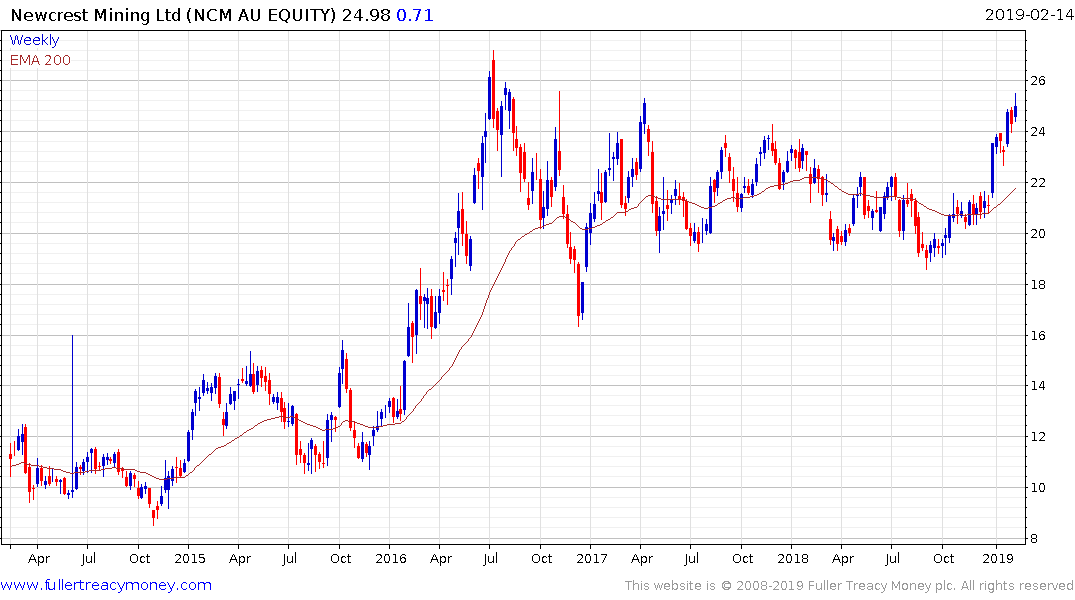 The share is currently testing the upper side of a three-year range and a sustained move above A$25 would signal a return to medium-term demand dominance. 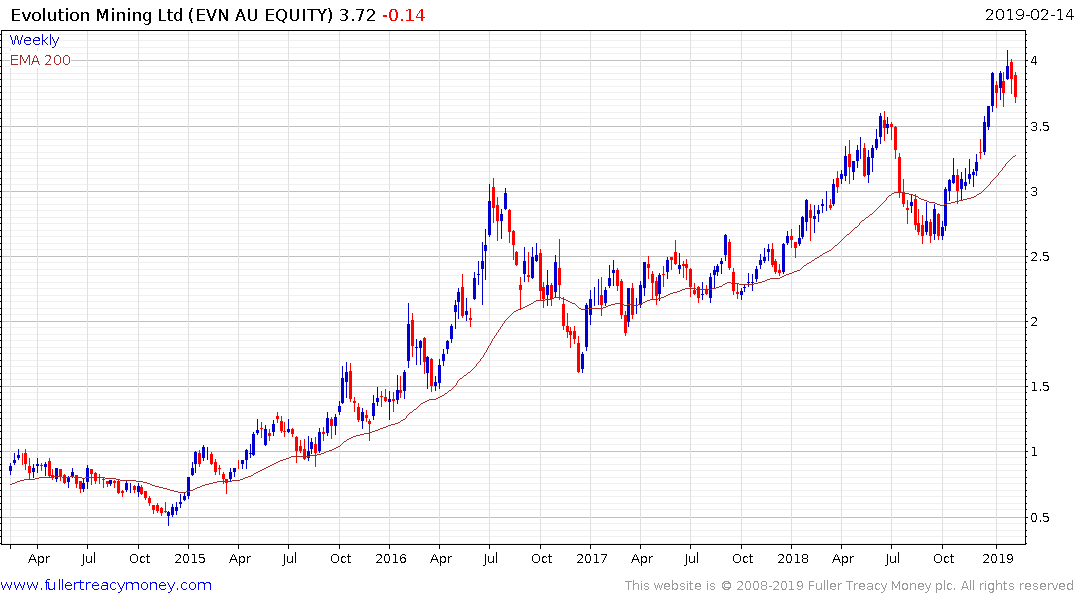 Evolution Mining is currently unwinding a short-term overbought condition relative to the trend mean. It has experienced two significant stabs to the downside over the last couple of years but has held the upward bias. Pullbacks below the trend mean have generally not last very long but that suggests there is ample scope for consolidation at present. 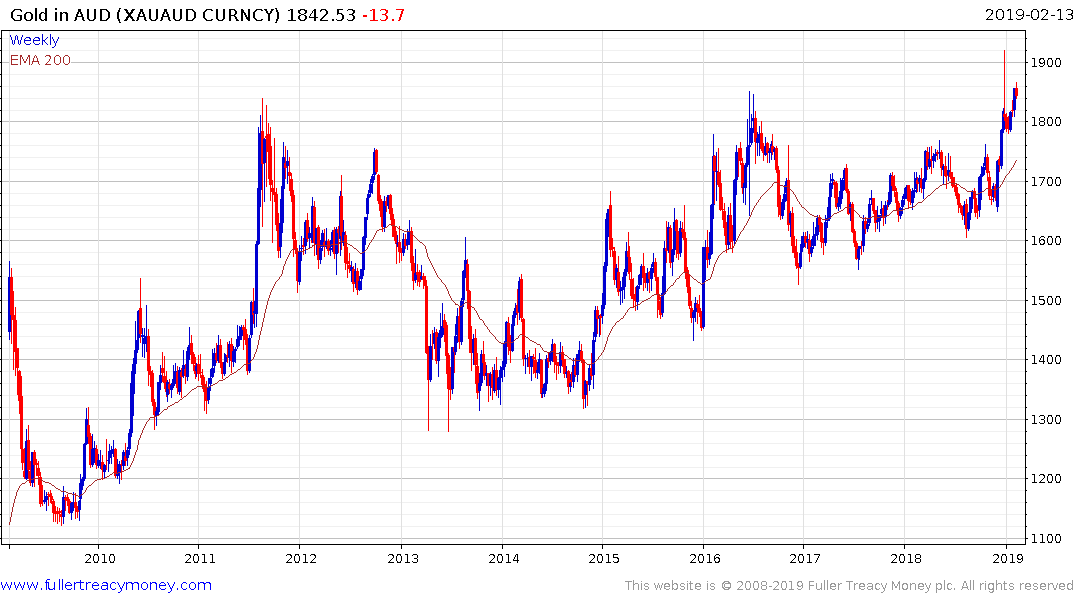 Meanwhile gold in Australian Dollars is holding its breakout to new all-time highs.