In Brazil, the inflation pick-up comes as economists and company executives sound the alarm on rising meat prices due to dwindling supply. China, the world’s top meat consumer, doubled pork imports and shipped in 63% more beef in October than a year earlier as the country struggles to ease shortages due to African swine fever.

“The food price shock has arrived” in Brazil, said Leonardo Costa, an economist at Rosenberg Associados. “We’re increasing our 2019 inflation call to 4% because the increase in food and
beverage costs will be even stronger in December.”

If inflation is rising, and this appears to be a global phenomenon that will reduce the ability of central banks to continue to cut interest rates. That was certainly a factor in the RBI’s decision to hold rates steady in India today and similar decisions are likely across emerging markets as the full impact of higher food prices rolls through.

The dearth of Dollars and the interest rate differential have been two of the biggest headwinds to emerging market currencies appreciating over the last few years. With inflationary pressures rising and the USA printing, the argument for a recovery in these currencies is growing stronger. 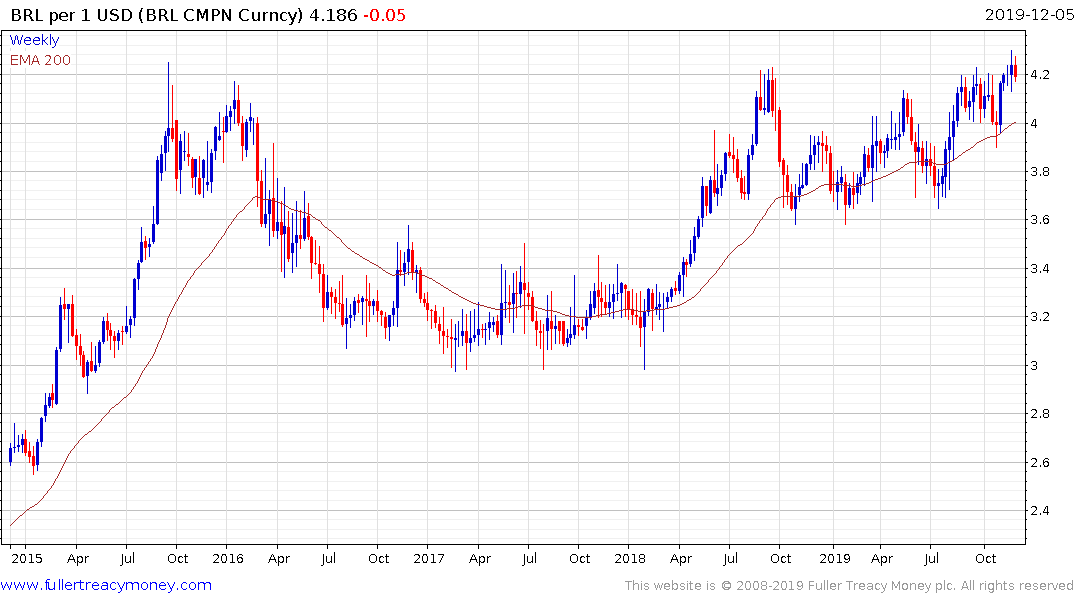 The Brazilian real strengthened through BRL 4.20 today and the Indian rupee is also firming. 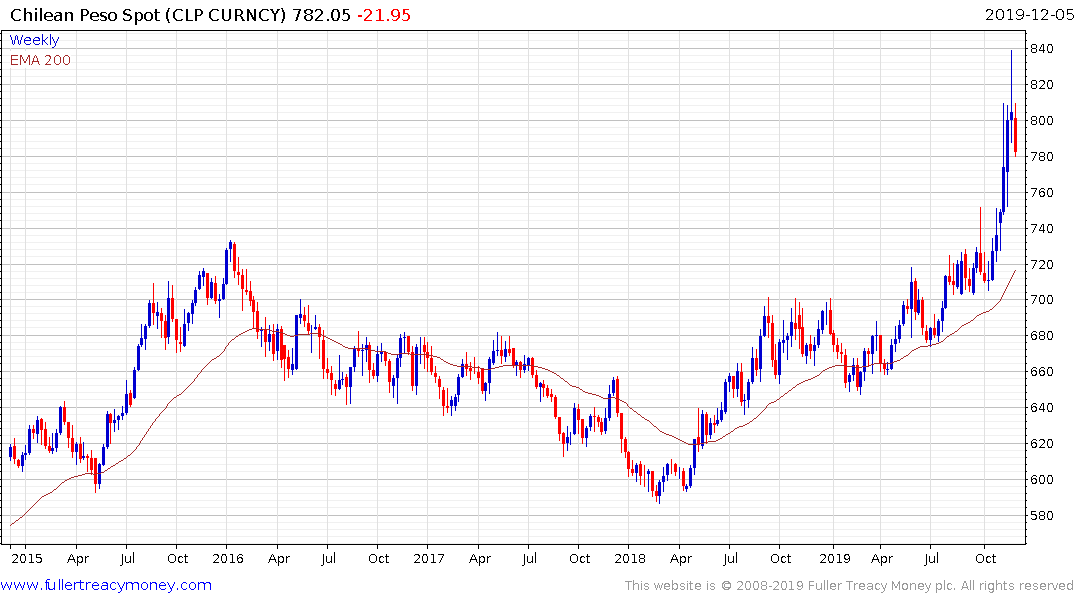 The Chilean Peso has found at least near-term support and is rapidly unwinding its short-term oversold condition. 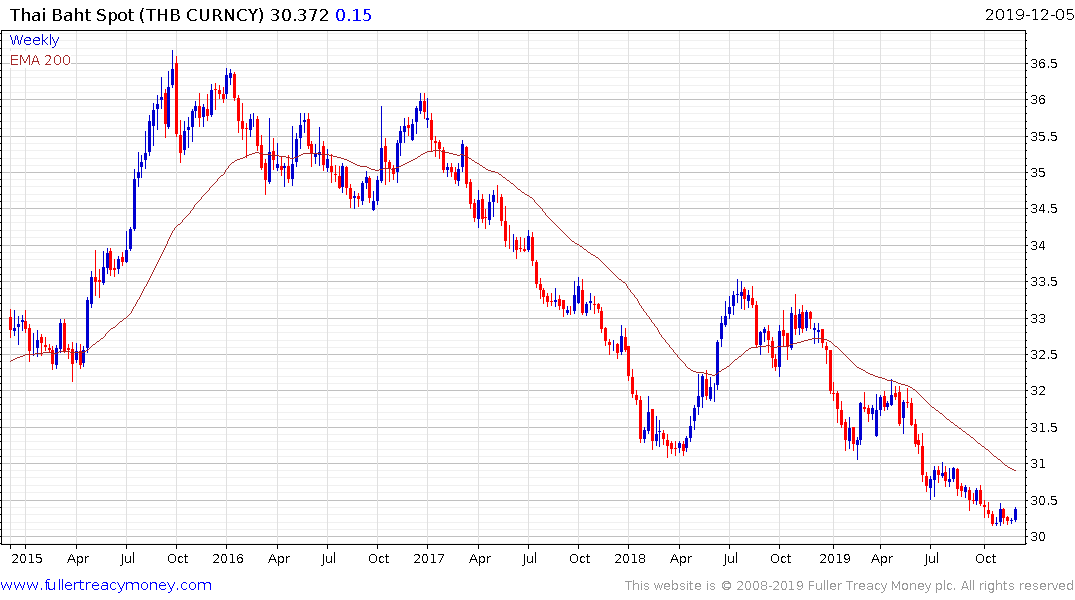 In addition to the firming seen in some markets there is now also evidence of some weakness creeping into some of the stronger markets. For example, the Thai baht is looking very overbought and the SET Index was one of only a very small number of markets to break lower today.