FOMC Dots Offer Up a Hawkish Shocker
Comment of the Day

FOMC Dots Offer Up a Hawkish Shocker by Eoin Treacy

The Fed announcement is out! Salient features include the following, with the super-hawkish dot plot showing up as the main feature. Lower asset prices is an obvious response:

Here is a link to the side-by-side comparison to the statement made in April. Raising rates twice in the next 30 months is now considered a shocking development. That conclusion can only be reached if one believed they would never again attempt to normalize policy.

The reality is that the pace of bond buying will persist and there are unlikely to be any rate hikes for at least another year. Between now and then, there is substantial room for opinions to change. 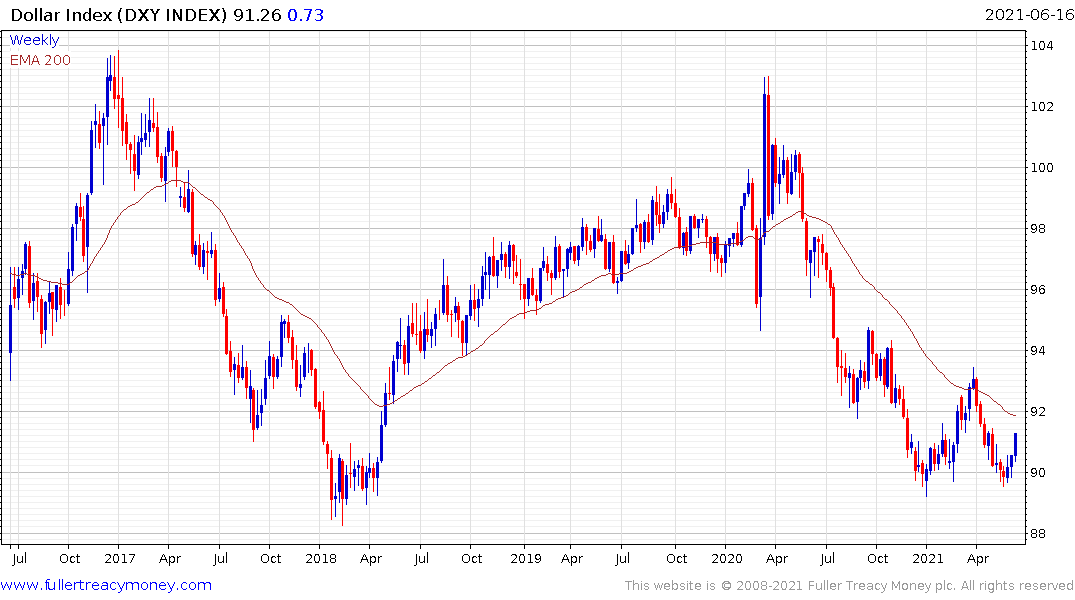 The Dollar extended its rebound on this development as it continues to steady in the region of the lower side of the medium-term range. 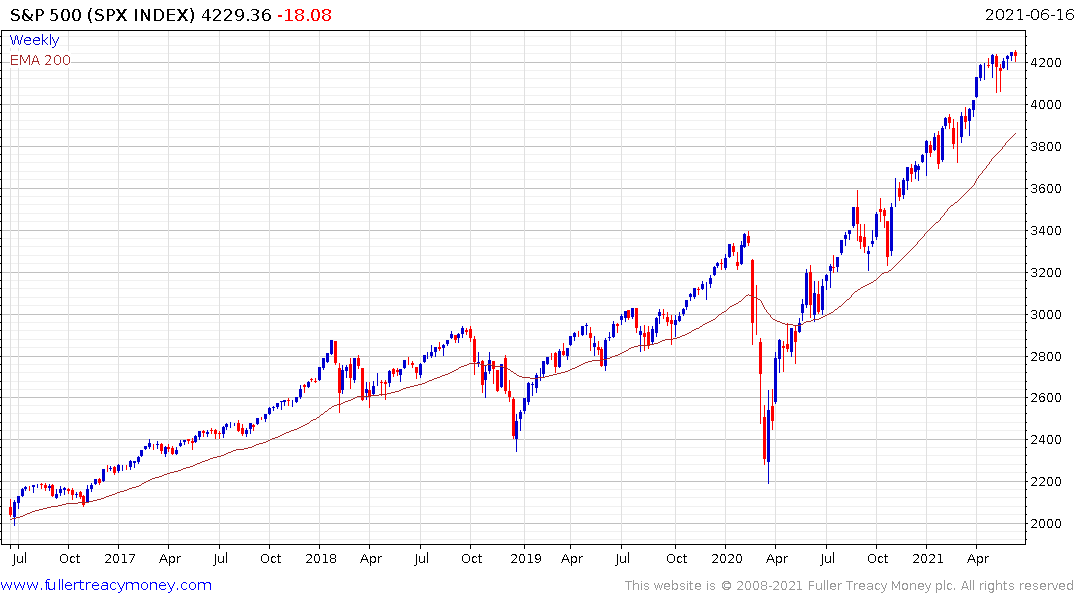 Wall Street jerked on the news. However, this statement does not really change anything. We are still a long way from restrictive monetary policy.

There is this debate between monetarists and Keynesians that has been bugging me for a while. The monetarists believe inflation is always and everywhere a monetary phenomenon. The Keynesians believe money supply is important but aggregate supply and demand for goods and services is what inflation hinges on.

The nuance is that availability of abundant liquidity is what asset price inflation depends on. That’s the big empirical lesson from the response to the credit crisis. If you print untold sums of new money, the purchasing power of currencies is undermined and nominal prices of financial assets rise. In other words, long duration assets do best. That’s bonds, growth stocks and property.

Supply Inelasticity and rising demand also create rising prices. That can occur in both a loose or neutral money environment although it is obviously easier for prices to rise if there is a lot of money sloshing around.

In a bull market it is almost impossible to tell the difference in real time and people will adhere to the narrative that best rhymes with their personality. As far as inflation goes, negative real interest rates might have a delayed reaction on inflationary measures but they do encourage speculative activity which can feel like inflation.

Restricting access to liquidity by reducing supply, raising interest rates or introducing regulations has a knock-on effect for the appetite for leverage. That hits most asset price inflation and aggregate demand. Therefore, regardless of what contributes most to inflation, the restriction of money supply contributes most to recessions. 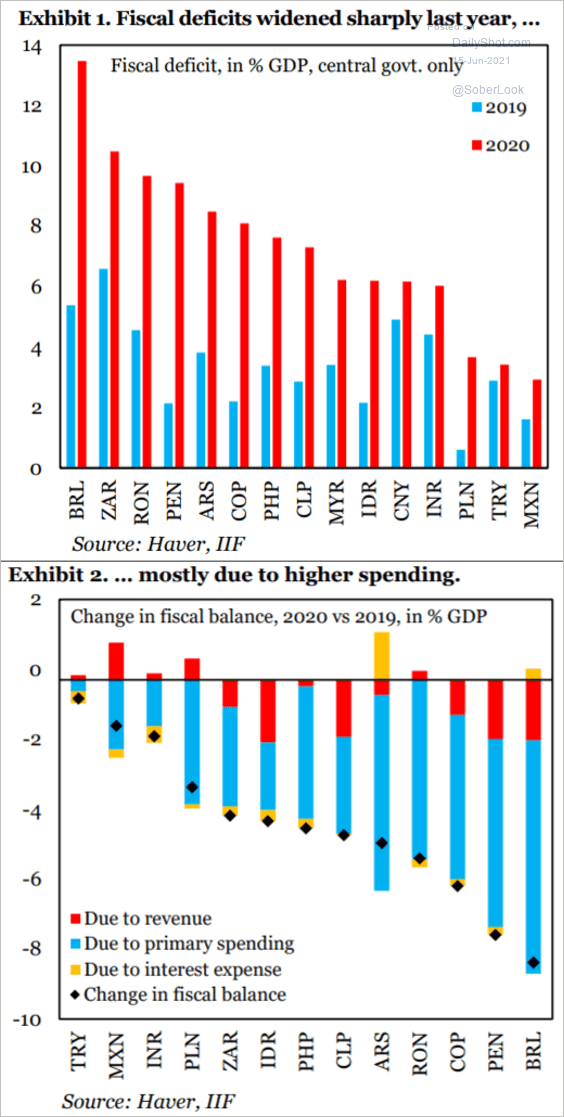 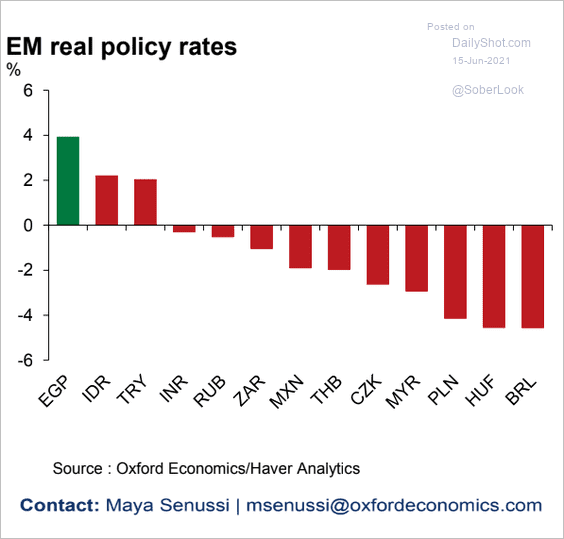 Today, the whole world is running deficits and most countries have negative real interest rates. That has boosted demand for everything and should help to reinvigorate economies as the pandemic is gradually overcome.

That should propel a synchronised period of global economic expansion that lasts at least a few years, before inflation really bites into returns. The taper tantrum talk is more about an awareness of high valuations on the stocks that did best over the last decade rather than any material threat to the global economic recovery.