Plastic waste is “a massive problem . . . On this trajectory, we will have more plastics in our ocean by weight than fish by 2050”, said Sander Defruyt, who leads the New Plastics Economy initiative at the Ellen MacArthur Foundation.

Plastics are made from fossil fuel-based chemicals, and break up into smaller and smaller pieces when they are disposed of, rather than decompose in the way that food does. Although disposable plastic items can often be recycled, many are not and millions of tonnes of plastic waste find their way into the ocean each year.

As images of plastic-strewn beaches have become familiar sights, governments have started cracking down on the material with plastic bans or taxes.

Last year, England banned single use plastic straws, stirrers and cotton buds, and raised the charge on plastic bags. China outlawed single use bags and cutlery in major cities, and is planning to extend plastic bans in the years to 2025.

“Local, state, federal and foreign governments have been increasingly proposing — and in some cases approving — bans on certain plastic-based products including single-use plastics,” which could affect demand, it said.

Nevertheless, producers expect global demand for plastics to increase, driven by population growth and an expanding middle class. The pandemic also prompted an increase in the use of disposable items, which have been seen as a way to minimise the virus’ transmission.

The drive towards managing the growing volume of waste products, and the related demand for landfill sites which no wants near their home, means the single use plastics sector is likely to attract significant attention in the expanding global carbon emissions market. That’s particularly true following the massive growth in demand for single use items during the pandemic. I think many people found it ironic that as soon as plastic straws were banned, that the number of used mask litter increased exponentially.

The market for reusable cellulose plastic is in its infancy. This article from Emergen Research estimates the sector will only be worth $176 million by 2028. That seems awfully small compared to the more than $100 billion spent on plastics per annum. 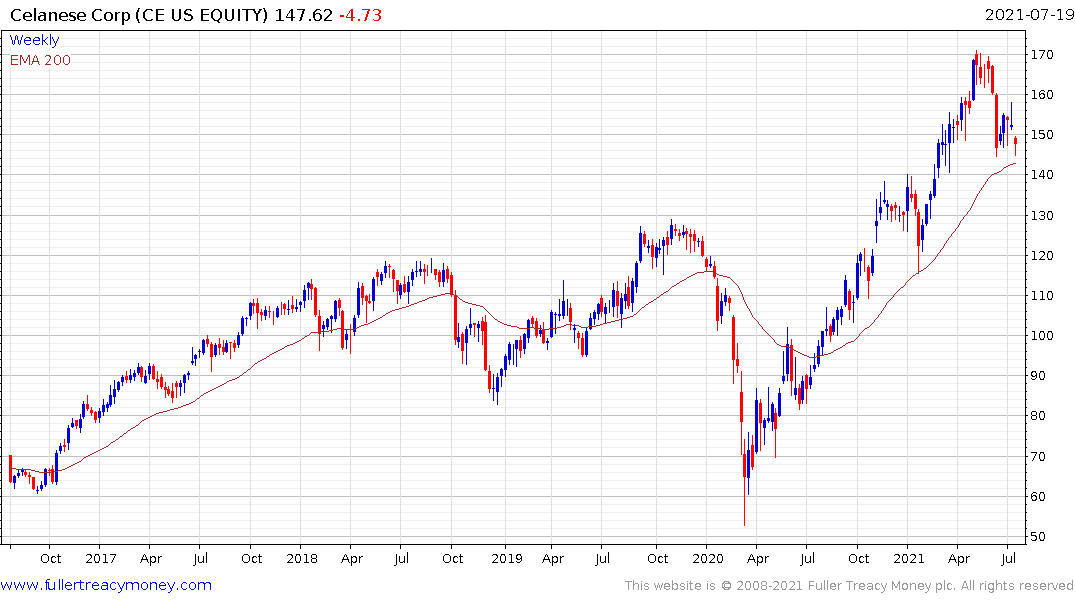 Among the leaders in developing biodegradable plastics (bioplastic), Celanese is currently stabilizing in the region of the trend mean. 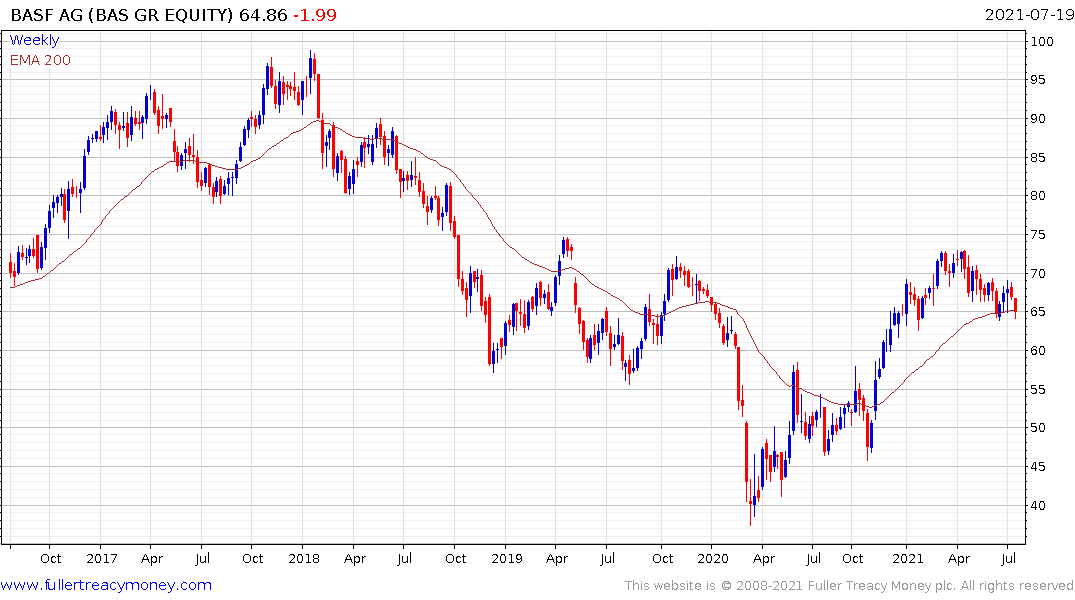 BASF is also steadying in the region of the trend mean. 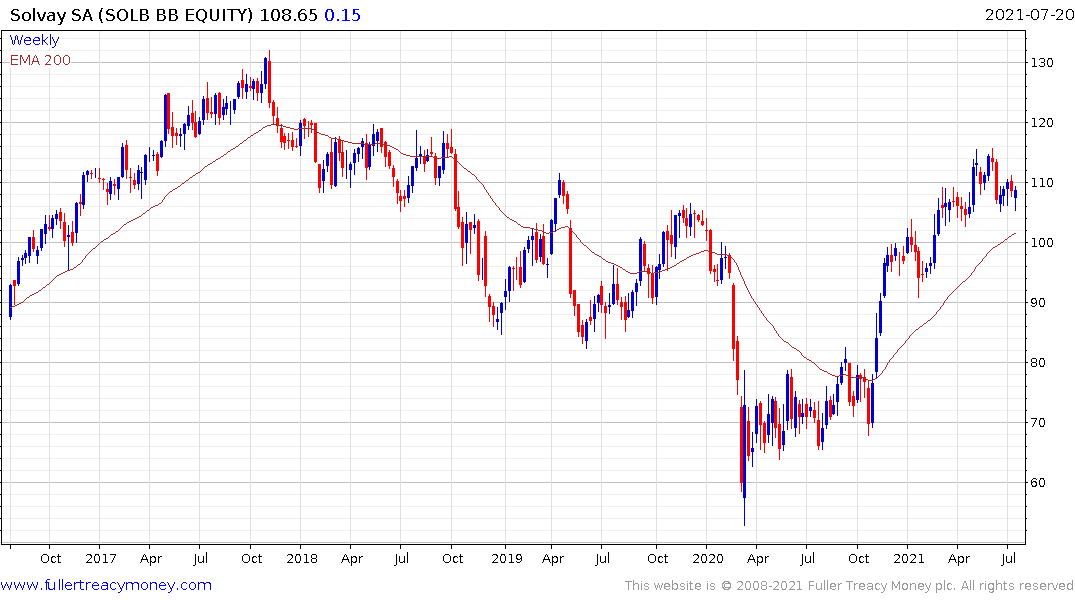 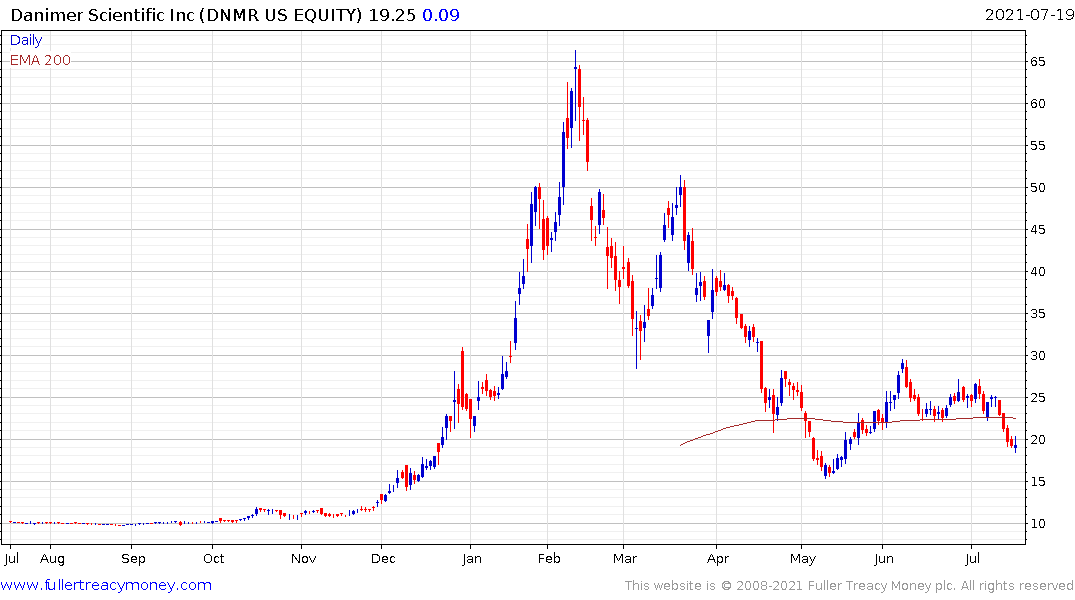 Danimer is pausing following a full unwind of its post IPO surge.