Although the Balance Sheet factors do not forecast the acute phase of the economic downturn in my setup, that does not mean they were irrelevant. Of course, the bursting of the housing bubble was the spark that ignited the panic in the first place. Moreover, much other evidence (by Mian and Sufi and others) is consistent with the view that household deleveraging contributed both to the initial downturn in spending and to the slowness of the recovery. It may well be that household balance sheets evolve too slowly and smoothly for their effects to be fully accounted for in the type of analysis used in my paper, which tends to emphasize shorter-term fluctuations. But my results do suggest that, in the absence of the panic, the declines in employment, consumption and output in the early stages of the Great Recession would have been significantly less severe.

The panic of 2008 differed from the Great Depression of the 1930s in that the runs on the financial system during the recent episode were on wholesale funding, and occurred electronically, while in the 1930s retail depositors lined up in the streets.  But the overall effect was the same:  A loss of confidence in credit providers caused the supply of credit to plummet, the external finance premium to spike, and the real economy to contract rapidly.  Macroeconomic analysis and forecasting needs to take into account how disruptions to credit markets, in ordinary recessions as well as in financial panics, can damage the real economy.

The lesson policy makers are likely to have learned from the Lehman bankruptcy and the ensuing panic in credit markets is liquidity has to be made available at whatever cost early in order to avoid a worse outcome later.

That virtually ensures the next crisis will be met with unprecedented monetary accommodation not least because it is coming off of what is a much higher base and will need to be large in order to have any effect at all. 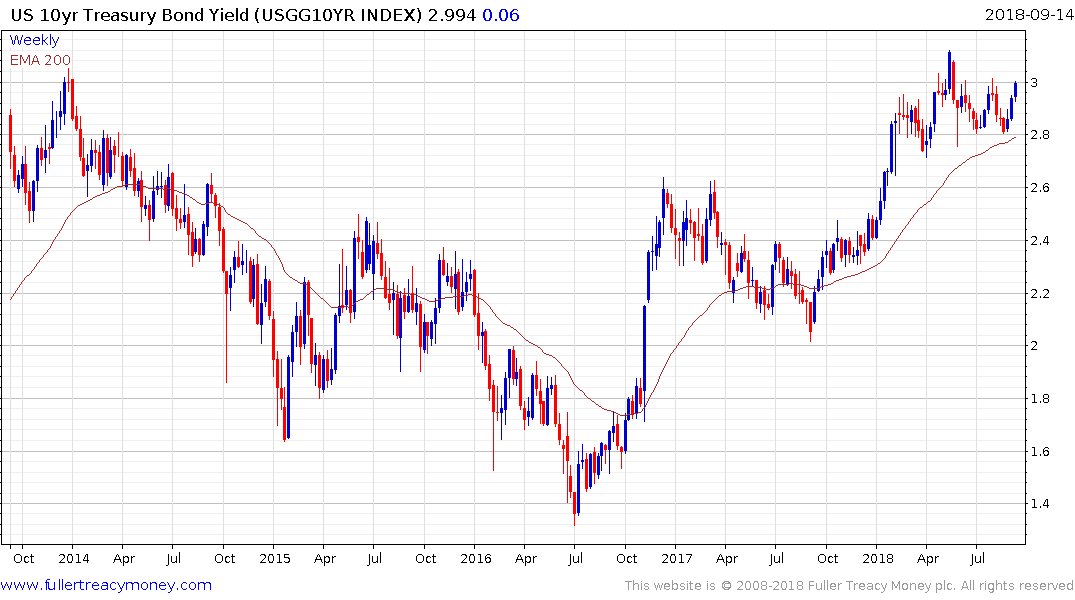 The 10-year yield is back testing the 3% level which has been an area of support for prices year to date. A sustained move above that level will be required to confirm a return to supply dominance beyond the short-term. 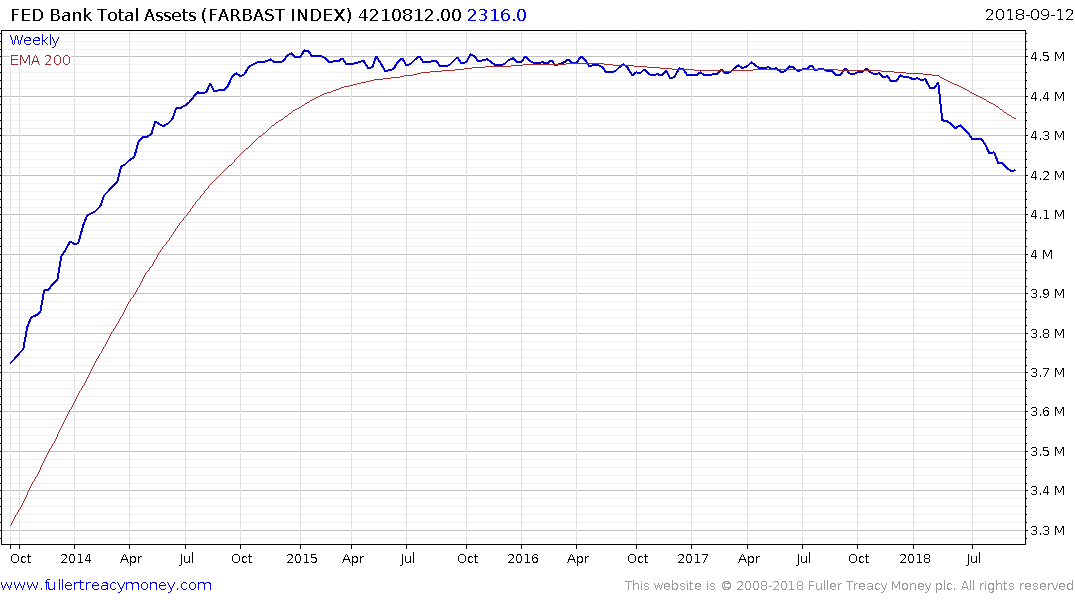 Meanwhile the Fed’s Balance sheet tightening remains underway which represents a fundamental shift in the supply demand balance for the market. However, it has been counterbalanced by the USA’s yield differential with other issuers and the strength of the Dollar which have burnished the attractiveness of US assets this year.