FedEx Corp. erased its gains for the year after cutting its profit forecast for the second straight quarter as e-commerce puts a squeeze on margins. The stock also weighed on the Dow Jones Transportation Average, where it held the third-biggest weighting prior to Wednesday. FedEx was already reeling this week after Amazon.com Inc. stoked competitive tensions by banning third-party sellers from using the courier’s services, citing poor service.

Fedex has had to deal with the global slowdown like any other company but is being squeezed between the preferred status of UPS as an Amazon shipper but also by Amazon performing its own deliveries via its own network of shippers. The clear divergence between Fedex and UPS highlights the fact there are some clear winners and losers in the evolving ecommerce shipping landscape. 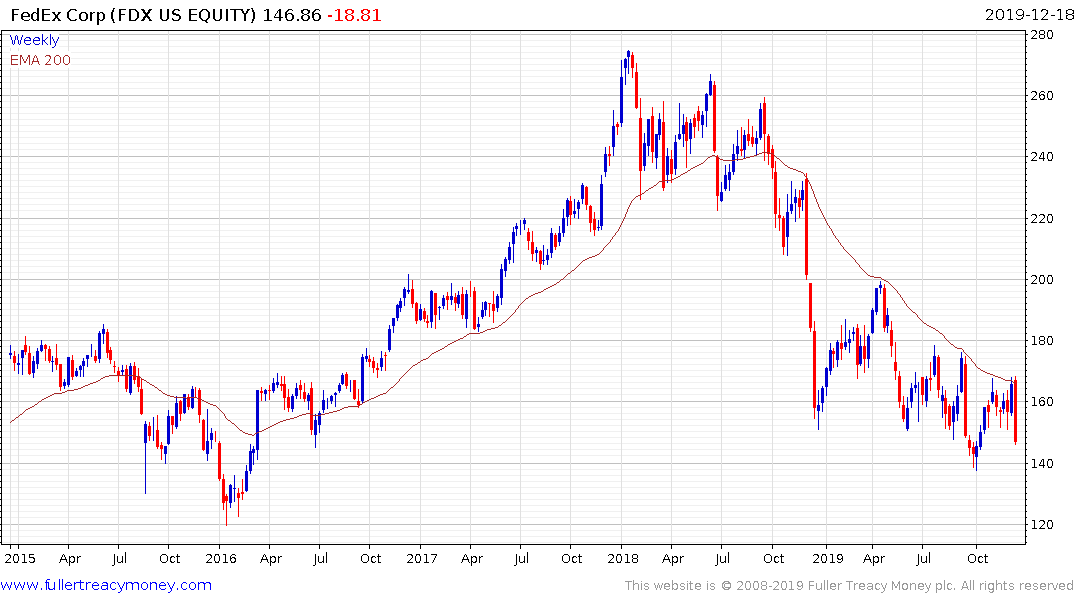 The share has held a sequence of lower rally highs since early 2018 and the trend persists. 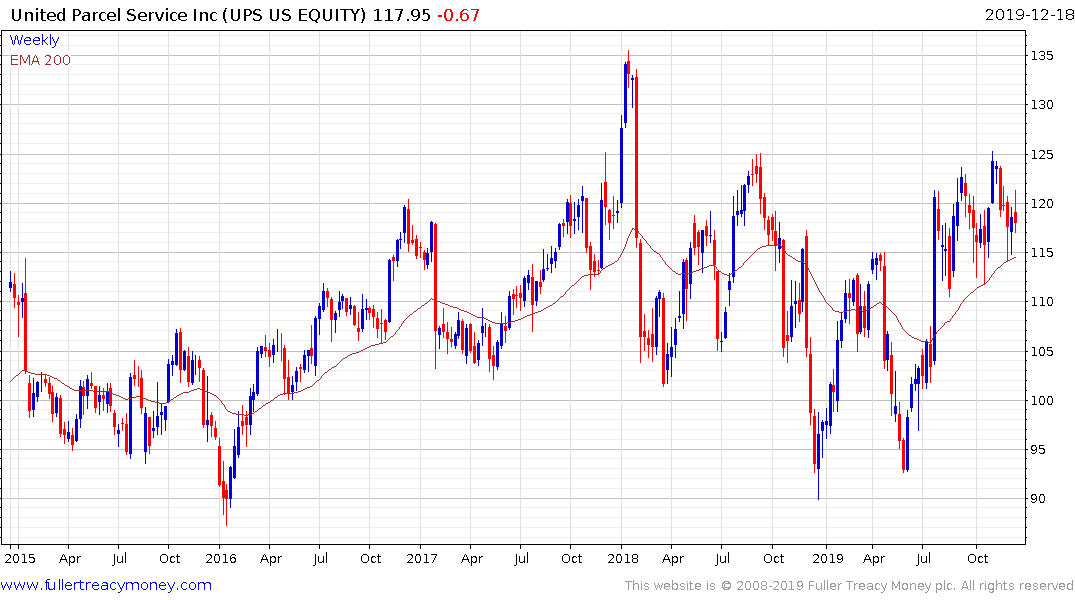 UPS has been ranging above its trend mean for the last six months and will need to hold the above $110 if the upside is to be given the benefit of the doubt. 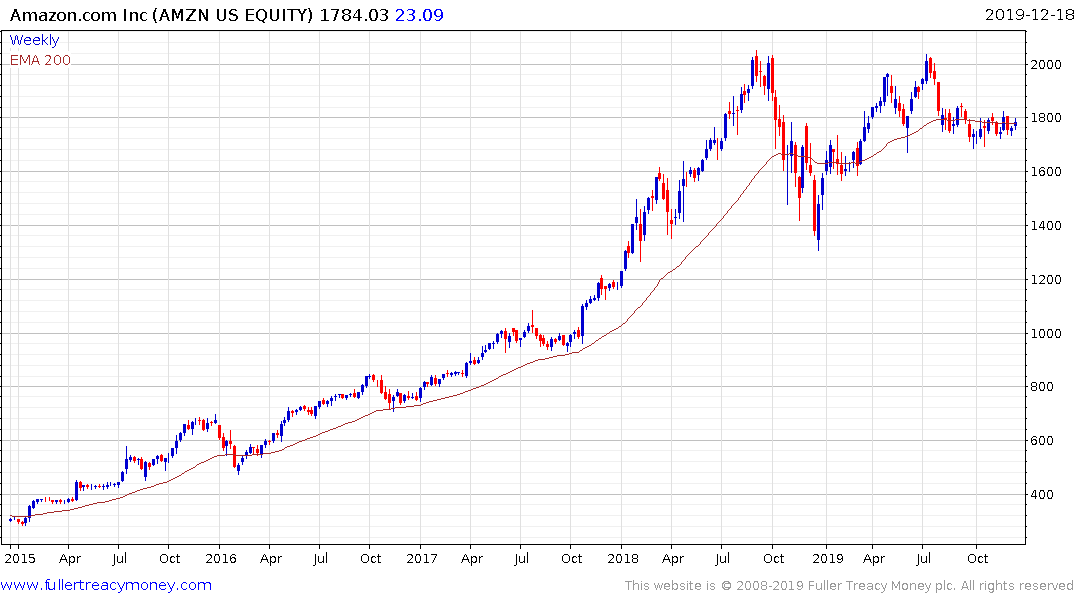 Amazon has been ranging below the trend mean for nearly three months. While the other FANGs have broken on the upside, with Facebook joining that club today, Amazon’s underperformance is notable, particularly with improving sentiment. 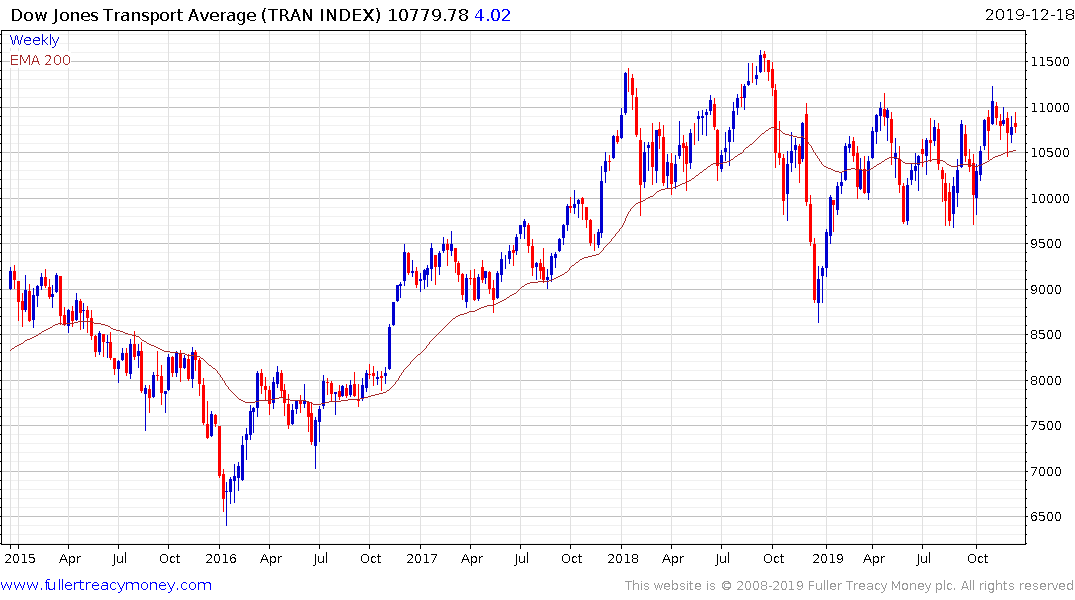 The Dow Transportations Average is being led higher by railroads which benefit from commodity transportation but the Average remains largely rangebound. It needs to hold the recent bounce from the region of the trend mean to confirm continued demand dominance.