FedEx Plunges After Slashing Forecast on Trade War, Slowdown
Comment of the Day

“In reality, FedEx’s release is largely the result of many management missteps over the years, including overspending on aircraft despite weaker returns in Express over the long-term, and acquisition debacles,” he said in note to investors.

Trade-War Impact
​The U.S.-China trade war has weighed on manufacturers, disrupting a key market for FedEx. A surge in industrial jobs seen in the first two years of Trump’s presidency has reversed in parts of the country, and there’s evidence that some corners of the U.S. economy are sliding toward recession. Companies have slowed business investment and capital expenditures as uncertainty over trade policies has clouded the outlook for future growth.

For FedEx, the weaker outlook underscored the hurdles as the company introduces costly changes to its ground network to handle surging e-commerce deliveries while contending with rising competition from Amazon.

Amazon is now a larger shipper of items than either UPS or Fedex within the US market, from a standing start a couple of year ago. UPS still ships items for Amazon but that business is declining while Fedex is attempting to forge relationships with upstarts in the warehousing sector like Deliverr and Shopify. If the share price is any guide that latter strategy is in its infancy at best. Meanwhile it has been my experience that Fedex is successfully competing on price for international bulk shipping business to Amazon’s European warehouses. 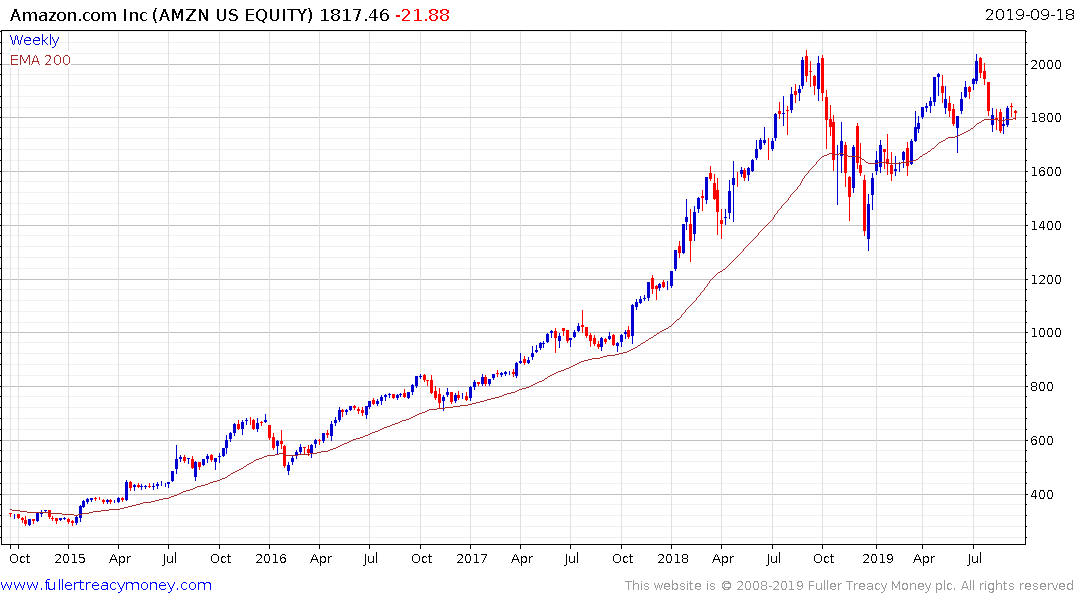 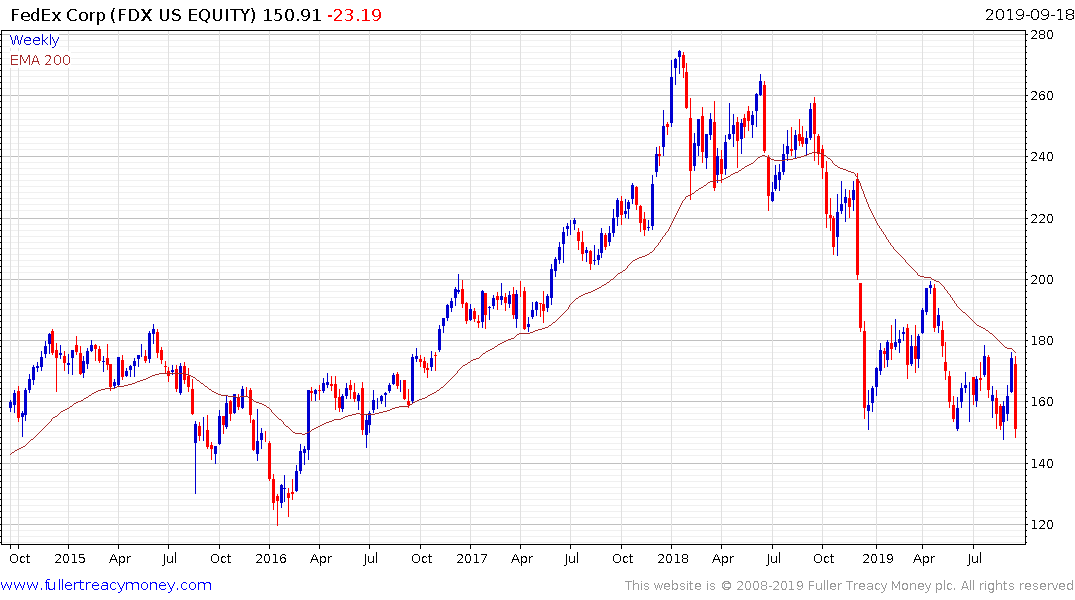 Fedex has been trending lower since hitting an accelerated peak in early 2018. It confirmed resistance in the region of the trend mean today and dropped back to test the lows for the year. A countermanding upward dynamic will be required to check the slide. 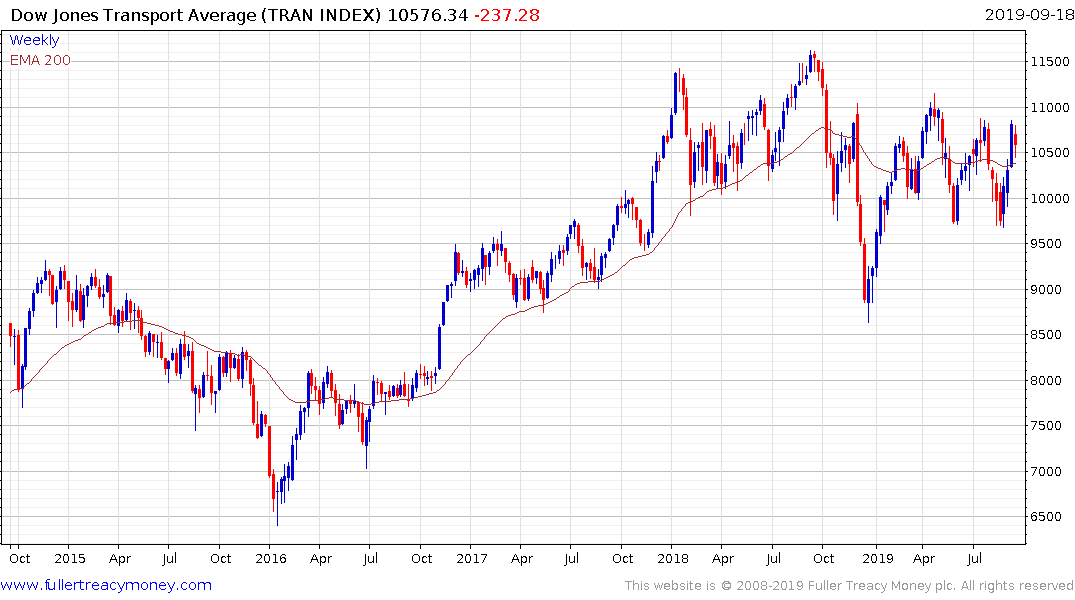 The Dow Jones Transportation Average was dragged lower today be Fedex’s decline but is still in the region of the upper side of its range for the year. A sustained move below 10,250 would be required to question near-term scope for additional upside. 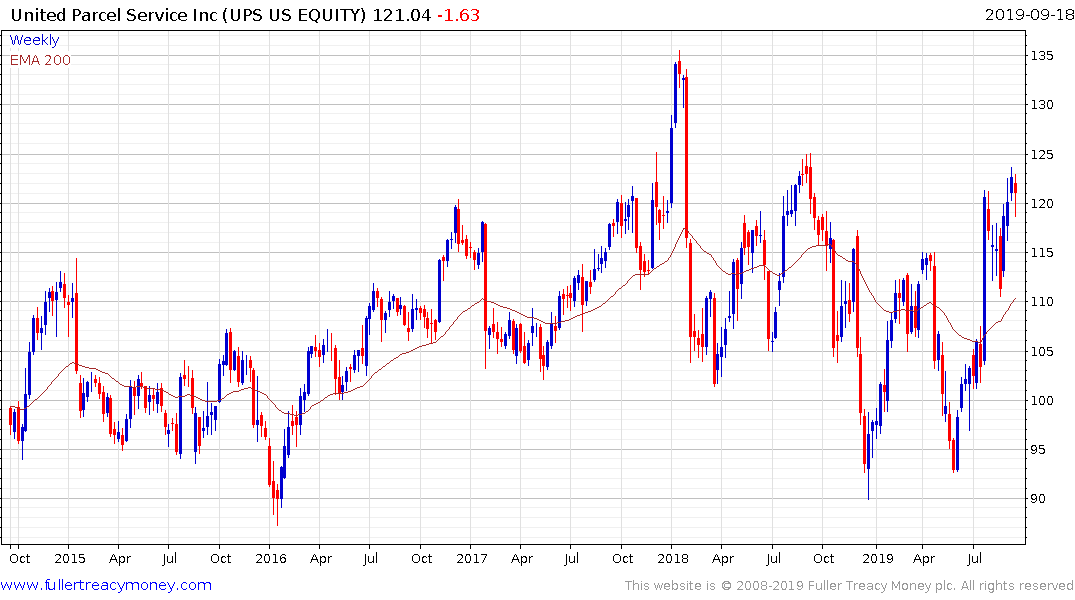 UPS rallied in July to break its medium-term sequence of lower rally highs and bounced from the region of $110 in August. A sustained move below that level would be required to question scope for continued higher to lateral ranging. 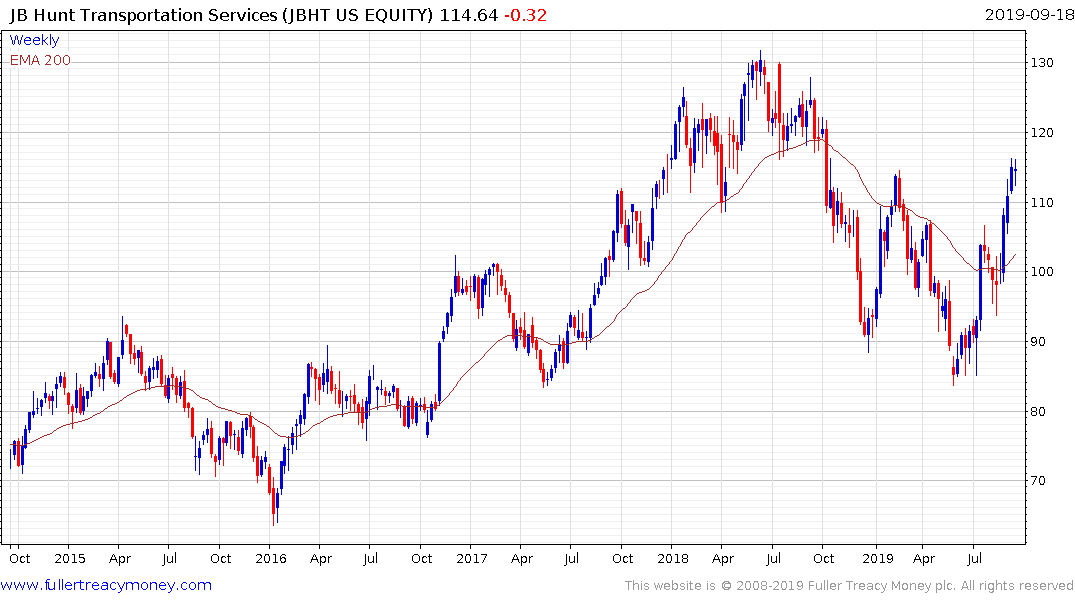 JB Hunt has also rallied over the last few weeks to break its sequence of lower rally highs. 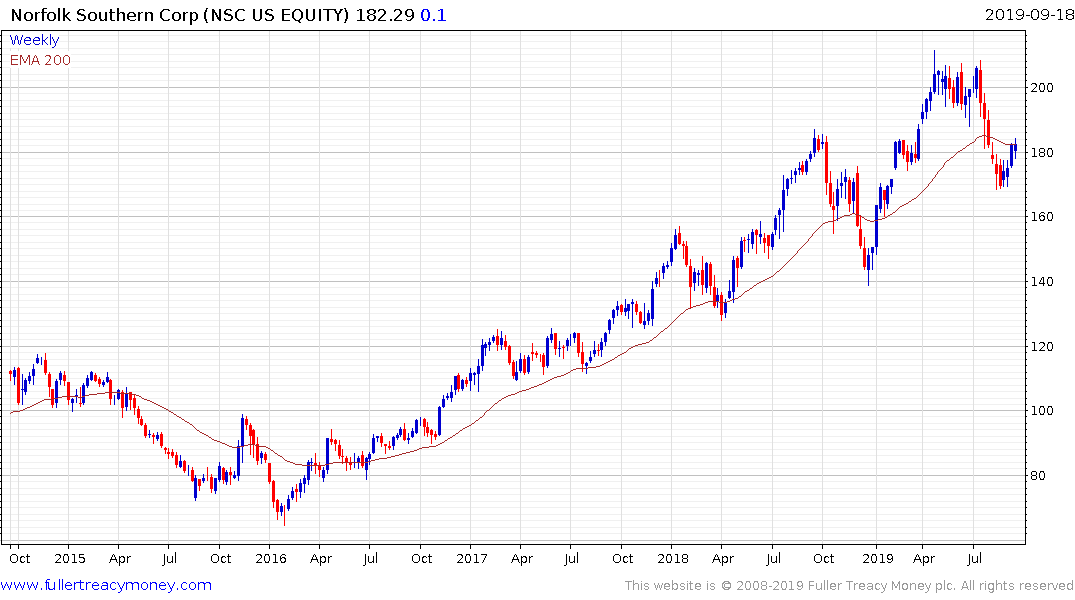 Norfolk Southern remains in a reasonably consistent medium-term uptrend and is firming following its most recent reversion towards the mean.