There is a link to a side-by-side comparison of Fed statements.

As the US government's fiscal deficit improves, the Treasury has less need to issue new debt. Therefore a reduction in the Fed's asset purchase program is consistent with maintaining its current stance as accommodative but not aggressively inflationary.

The central bank has made clear it is willing to do what is necessary to fulfil its dual mandates, so a schedule of $10 billion in asset purchase reductions would only be appropriate if the economy remains on its modest growth trajectory. While they have intimated that this is their intention we can expect policy to be flexible.

The pace of the increase in the size of the Fed's balance sheet will probably now moderate which is a significant consideration for stock market investors, considering the high correlation between it and the S&P 500's performance. However, investors are likely to continue to give the benefit of the doubt to the upside provided the progression of higher reaction lows remains intact. 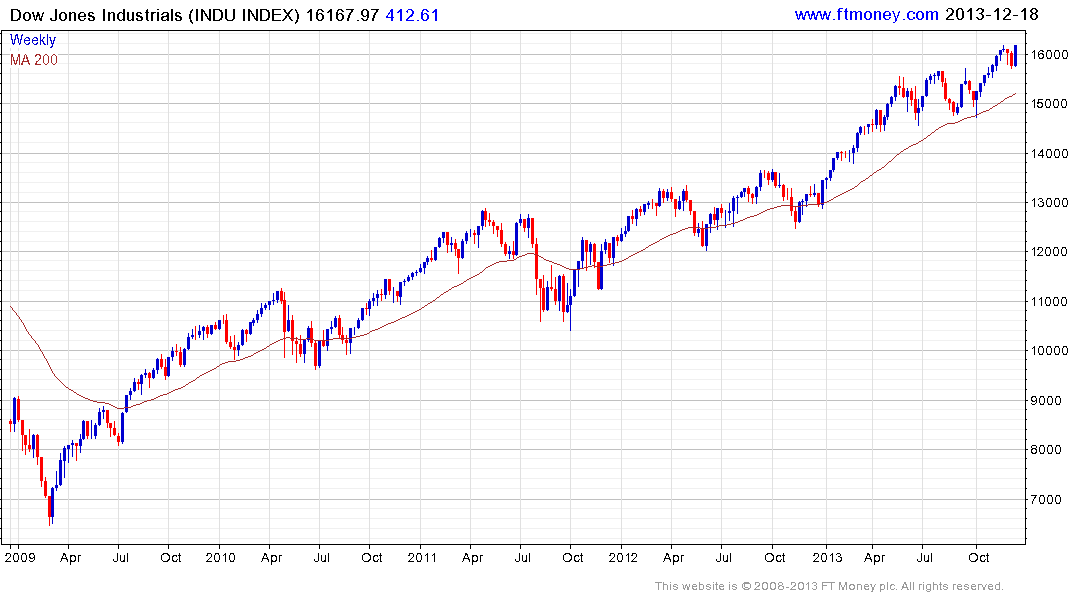 The Dow Jones Industrials Average bounced on the news, led by 3M which has increased its dividend by 35%. The Average is less over extended relative to the 200-day MA than other major indices and found support late last week in the region of the upper side of the June through October range. A sustained move below 15,500 would be required to question medium-term scope for additional upside. 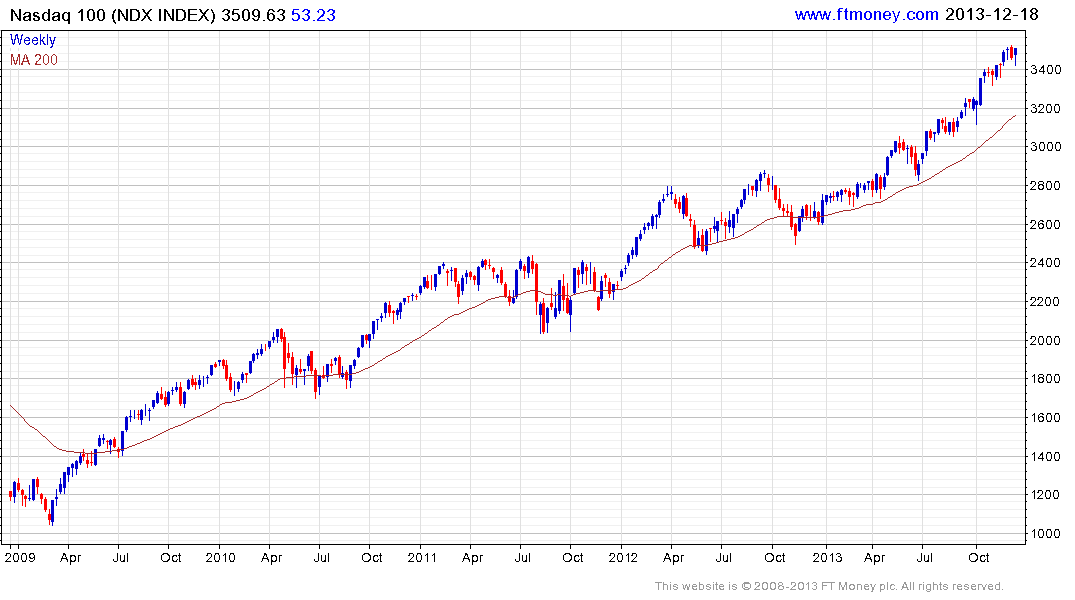 The Nasdaq-100 recouped an earlier decline of approximately 1% and while about 10% overextended relative to the 200-day MA, a break in the progression of higher reaction lows, currently near 3325, would be required to check the consistency of the six-month advance.

US 10-year Treasury yields continue to pause below 3% and a sustained move above that level would be required to reassert medium-term supply dominance.