The decline in saving is allowing the gap between what consumers spend and what they are paid by business to widen. Exhibit 3 shows labour income at multi-decade lows as a share of GDP while consumer spending is near all-time highs.

Consumer spending is the largest single driver of corporate revenue, while labour is the corporate sector’s largest single cost. So when the gap between consumer spending and labour income widens it is great for margins. Falling savings will let the gap widen further. The drop in household saving in the second half of 2013 coincided with operating margins hitting cycle highs (Exhibit 4).

If this continues it suggests that US earnings will do better than I had expected, at least for a while. It weakens the case to be under-weight US equities. None of this, however, changes that fact that US equities continue to look expensive. Finally, the Fed won the wealth effect battle in both of the prior two cycles, but both cycles ended badly. This will too.

We have described the cyclical bull market on Wall Street as liquidity fuelled since at least 2010 as first the Fed then other central banks embarked on unprecedented monetary stimulus in order to reflate asset prices. The substitution of yield for capital appreciation in the Treasury markets saw real interest rates move into negative territory and the stock market more than doubled in what is looking increasingly like a maturing uptrend. 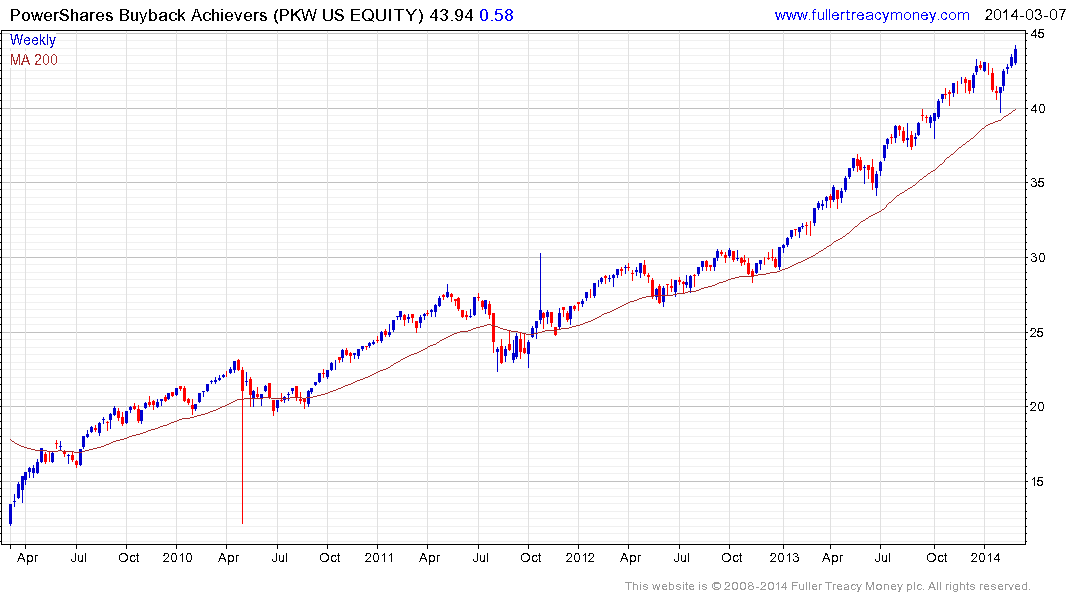 The Buyback Achievers Index might be described as comprising the companies which have done best from quantitative easing. They have made abundant us of low borrowing costs to refinance debt, increase dividends and buyback shares. In fact, it is no exaggeration to describe buybacks as the marginal buyers in a more than four-year uptrend. As such they represent an important source of additional demand on which the uptrend depends for consistency. A break in PKW’s progression of higher major reaction lows is likely to lead or at least be coincident with a medium-term peak for Wall Street. 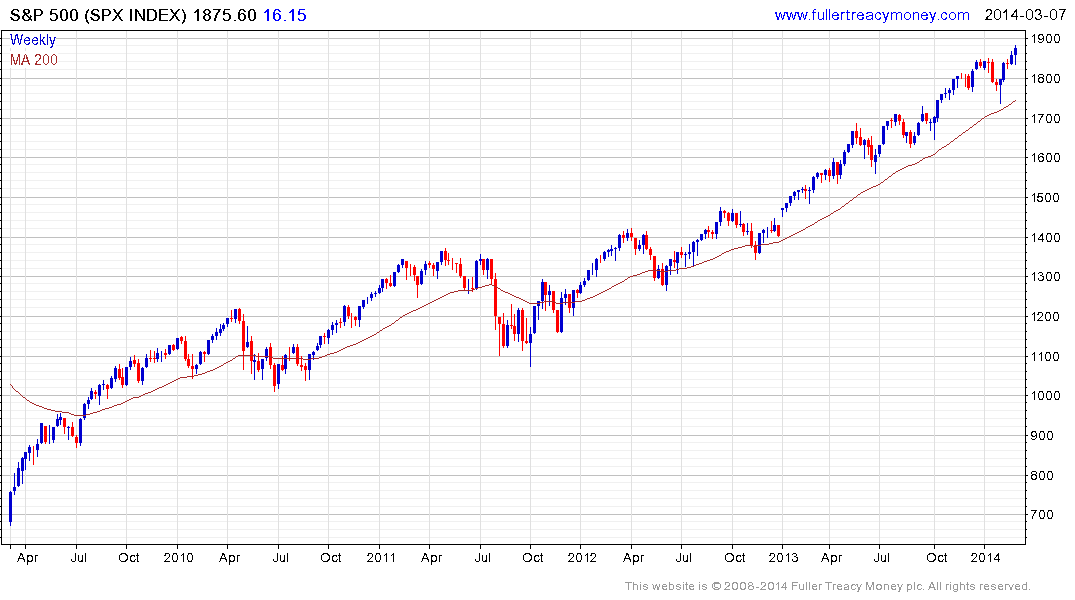