Kashkari said the move was “appropriate” and stressed that moving too quickly to remove the Fed’s support could end up hurting the economy more than it helps on the inflation front.

“When we adjust monetary policy it acts with a lag,” he said. “So if we overreact to a short-term price increase, that can set the economy back over the long term.”

Asked about President Joe Biden’s pending decision whether to reappoint Fed Chair Jerome Powell to another four-year term, or perhaps choose Fed Governor Lael Brainard to succeed him, Kashkari said both are capable and would be likely to pursue similar monetary policies.

“Both of them have been instrumental in the new framework that we’ve adopted in terms of not shortcutting the recovery, and I’m confident that either of them as chair would continue to see that through,” he said.

Kashkari is one of the biggest doves at the Fed but he is not short of company considering the trajectory of policy. Regardless of who is in charge, the set of challenges that need to be addressed will not change. The economic recovery is uneven with labour force participation declining while the number of job opens is climbing. That’s not going to be fixed by monetary policy.

Instead, a medium-term combination of higher wages, more flexible working conditions and adoption of technology will be required to address the challenge. That process is unlikely to be smooth and there remains considerable potential for volatility in the statistics economists monitor. 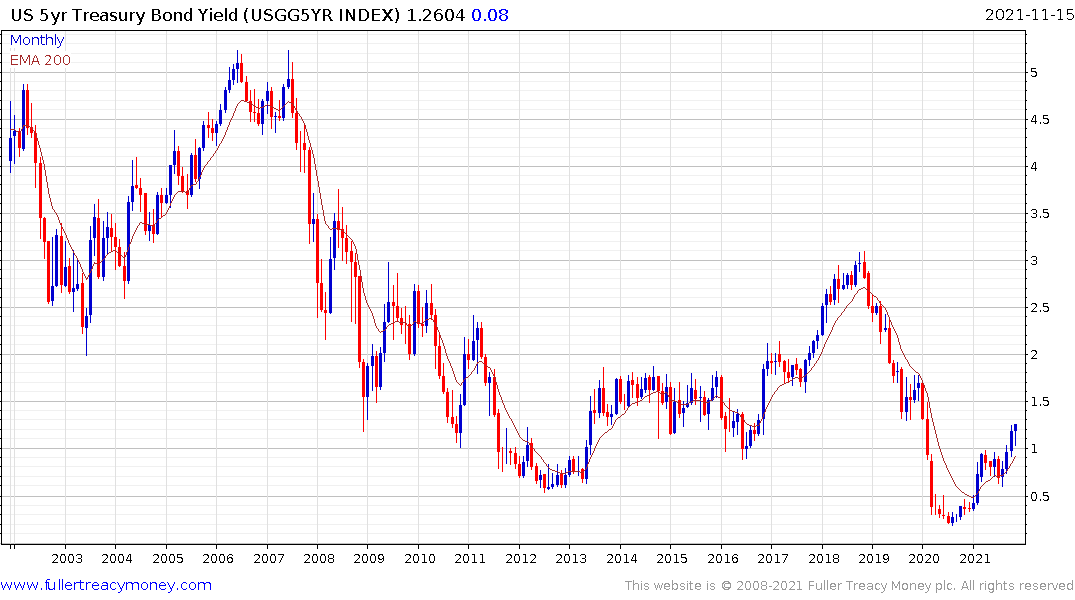 The 5-year yield continues to trend higher. It is now looking increasingly like a failed downside break which holds out the prospect of a return to test at least the 2% level. That entails a significant increase in the cost of servicing the debt mountain.

As I have mentioned in the subscriber’s video over the last couple of months, I find myself in the company of a lot more private equity investors. At a parents’ function for our daughters’ school over the weekend I was talking to another. His firm invests in companies with strong growth and turnover in the region of $200-$500 million.

We were chatting about the outlook for rates and he had two memorable things to say. The first was to repeat Chuck Prince’s quip “as long as the music keeps playing, we’ll keep dancing”. The second was that most of the companies he deals with have ongoing funding requirements and could not survive an interest rate hike of 100 basis points.

That reality is why bond yields are not keeping pace with inflation. On the one hand investors are willing to give the benefit of the doubt to the transitory argument. On the other they are aware of how interest rate sensitive many portions of the economy are. There is no way rates can normalise with this kind of interest rate pressure. 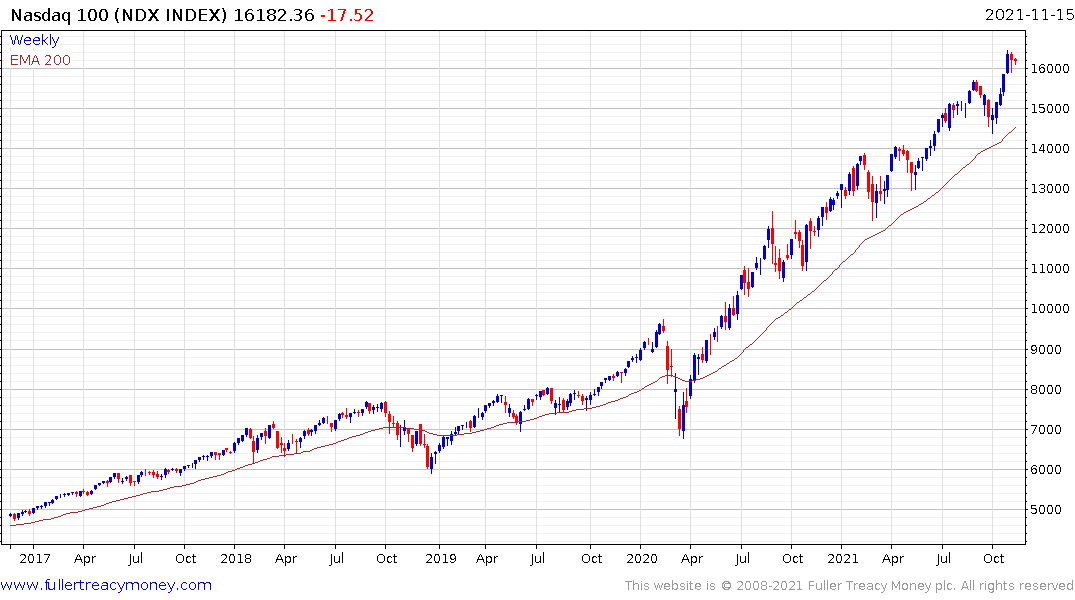 Even a modest move higher in rates is weighing on the best performers in the Nasdaq. 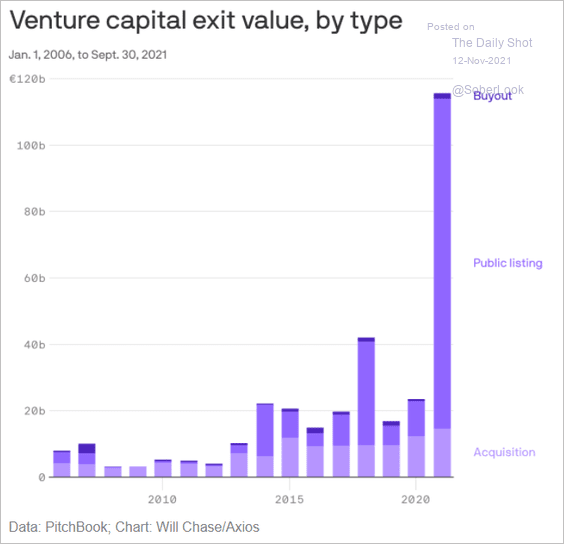 The volume of venture exits over the last year suggest some awareness among investors of the risk from higher rates.