The latest discussions indicate the runoff could end much sooner.

The shrinking portfolio faced new scrutiny last month after some market commentators and President Trump blamed it for increasing market volatility. While many Fed officials don’t see much evidence to support those claims, the balance sheet is nevertheless getting increased attention inside the central bank.

Some officials have contemplated whether Mr. Powell or other top officials, short of announcing a complete road map for when the portfolio wind-down would end, could provide an update.

As officials reach agreement on their plans, “we may be able to say upfront, ‘Hey, the destination is going to be ‘X,’” said Minneapolis Fed President Neel Kashkari in a Jan. 17 interview. “Or we might say, ‘Hey, this is the plan [for how] we’re going to go to explore where that destination is.’”

Mr. Powell will hold a press conference after next week’s meeting. Whether he provides such a road map will depend on the progress of discussions at the meeting. Mr. Powell said this month he doesn’t think the Fed’s portfolio changes are a major culprit in recent volatility but that the central bank would change its drawdown, if officials came to a different conclusion.

The primary indices were volatile today following negative earnings from both Caterpillar and Nvidia. The first is largely due to fears about the Chinese economy, the latter probably more to do with declining interest in bitcoin mining. However, the much bigger question is monetary policy. 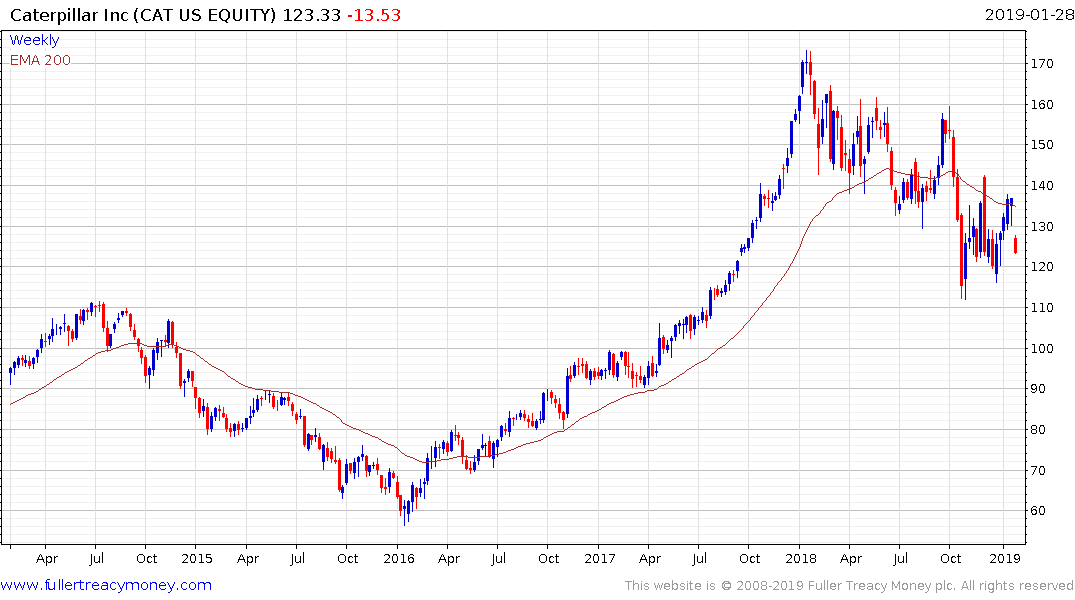 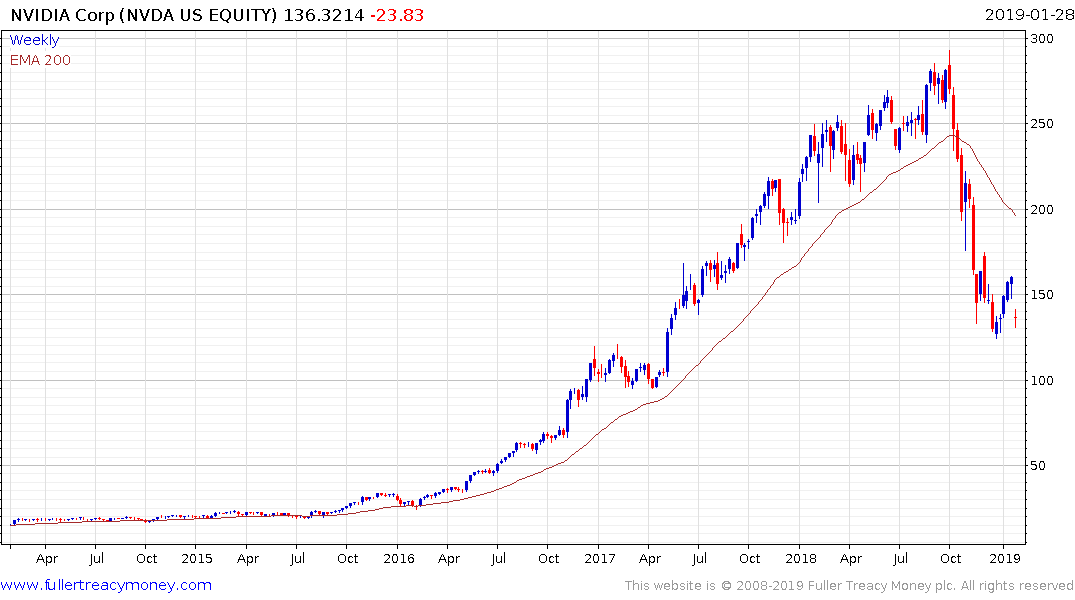 If the Fed does in fact begin to taper its withdrawal of liquidity from the market that will remove a substantial headwind from the stock market.

The big question the world has been asking since the uptick of volatility in the fourth quarter of 2018 is where is the next round of liquidity going to come from to propel asset prices higher. Potential for a Chinese stimulus, the ECB’s continued bond buying regardless of news headlines to the contrary and the Fed realising removing stimulus and raising interest rates at the same time is deleterious to confidence are all positive from a liquidity perspective.