The unprecedented speed and scale of the Federal Reserve’s buying of Treasuries and mortgage debt to aid a severely impaired bond market has accomplished that without raising the specter of moral hazard, Federal Reserve Bank of New York researchers wrote in a note.

Pandemic-sparked volatility in March caused liquidity in the world’s biggest bond market to plunge to its worst since the 2008 financial crisis. The Fed responded with purchases of Treasuries and mortgage securities that peaked at more than $100 billion a day combined.
It’s still soaking up about $80 billion of Treasuries and at least $40 billion of mortgage securities a month, and some bond veterans warn that the central bank’s involvement in the market could potentially be encouraging risky behavior, such as excessive borrowing. But a post Thursday in the New York Fed’s Liberty Street blog argued against that.

“The magnitude of the Desk’s purchase program in 2020 ‘to support the smooth functioning’ of the Treasury and agency MBS markets marked those purchases as highly unusual,” wrote Kenneth Garbade, a senior vice president in the New York Fed’s Research and Statistics Group, and Frank Keane, a senior policy advisor.

But they also say that the tool has been used before and “the infrequency of Federal Reserve intervention suggests that relying on the Fed on those rare occasions when markets are in extremis has not materially exacerbated moral hazard.”

Reading over the Fed minutes feels like an episode of the Twilight Zone. This quote in particular is relevant. “many participants judged that yield caps and targets were not warranted in the current environment but should remain an option.”. It doesn’t have to engage in yield curve control because the market is already behaving like it is a fact. 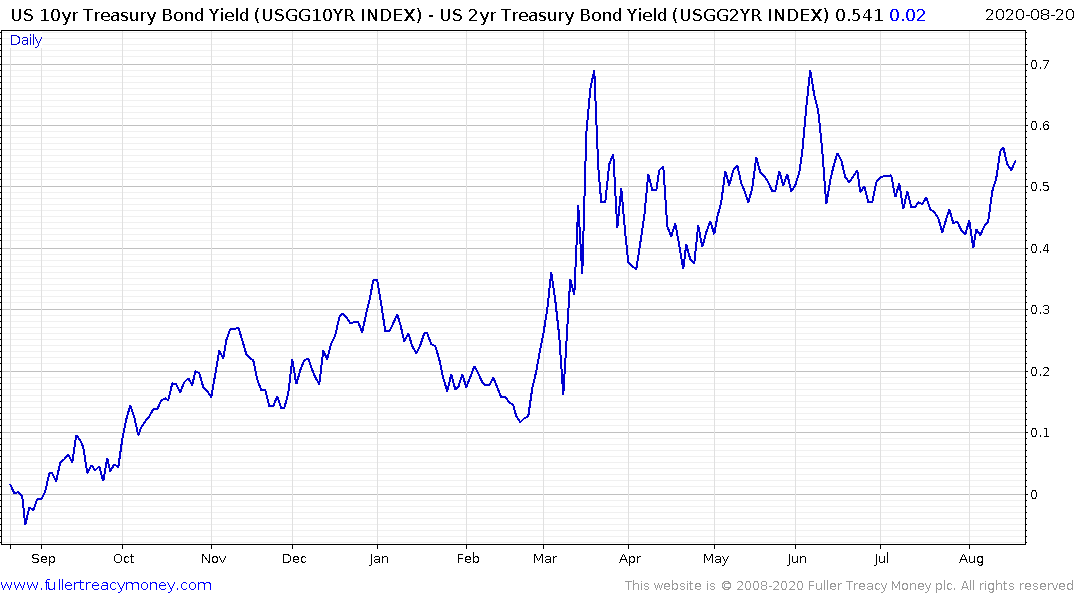 The spread between the 10-year and the 2-year has been ranging between 35 and 70 basis points since March. Every time it rallies back towards 70, it has been promptly knocked back down.

The classic pattern of events following an inversion of the year curve is that tighter policy leads to tighter credit and that leads to a recession. The Fed then cuts interest rates aggressively in response to the crisis and the spread surges through 50 basis points and up towards 300. That surge usually coincides with a stock market panic which sets up conditions for the next bull market.

On this occasion the Fed does not have room to create a 300-point spread. The only way that would happen is if yields at the long-end of the curve rise meaningfully. That would have a disastrous effect on the government’s interest expense on refinancing the outstanding debt. The market has concluded there is no way the Fed can allow that to happen so we have de facto yield curve control. 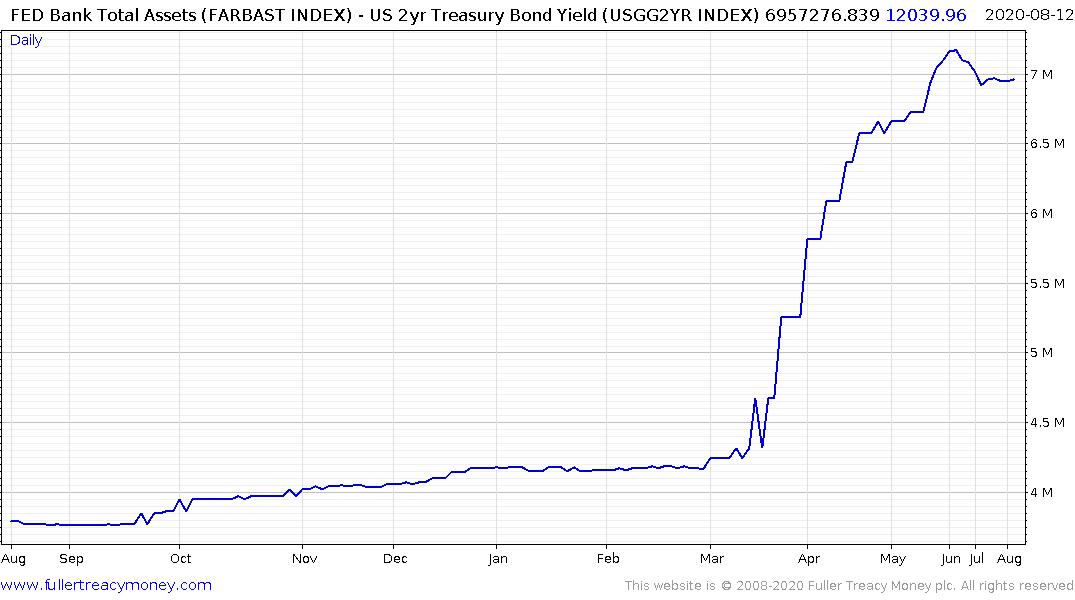 They also are not buying the $80 billion of Treasuries and $40 billion of mortgages a month because the market is behaving like it already has. The size of the balance sheet stopped rising immediately after they made the commitment to introduce regular purchases.

Stock market investors have also granted high P/E and price/sales ratios on the stay-at-home success story stocks. That has pulled potential sales forward from the future into today which is basically assuming they have already made them.

$6 trillion in liquidity and the promise of even more buys a lot of goodwill. Nvidia last night gave disappointing forward guidance on data centre expansion. They expect growth to fall from 54% to 10%. The share dropped for about 20 minutes on the news before rebounding. There is no incentive for investors to question the rationale of investing in promises over real cashflows as long as central banks are willing to follow through and provide assistance when needed. If that is not moral hazard, I don’t know what is. 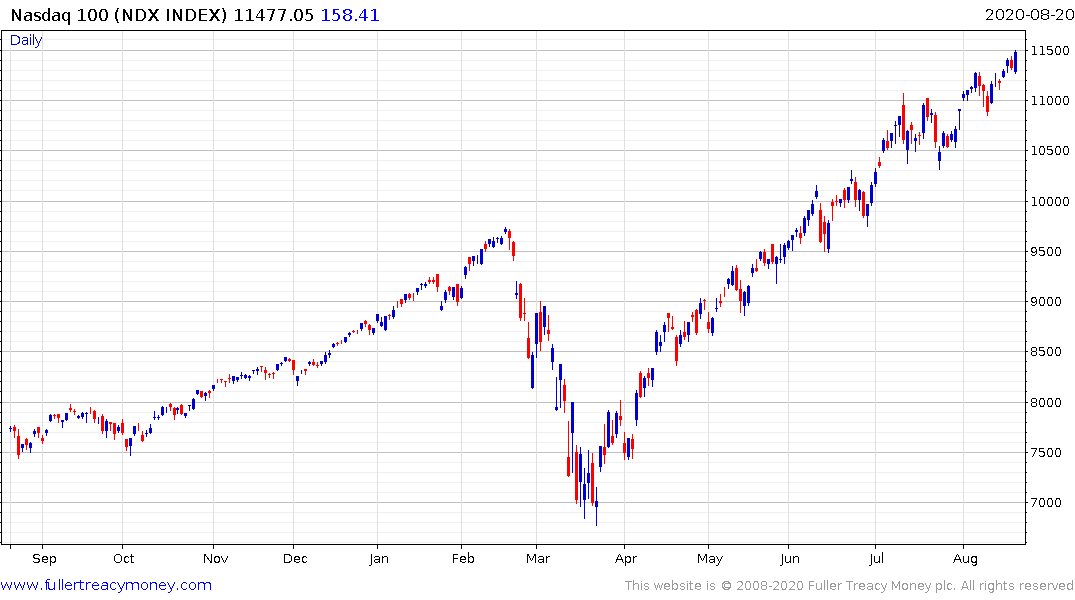 The Nasdaq-100 remains in a steep but consistent uptrend with a series of small ranges one above another.