Fed Asset-Shrinking to Start Next Month; Rate Hike Seen in '17
Comment of the Day

Fed Asset-Shrinking to Start Next Month; Rate Hike Seen in '17 by Eoin Treacy

“The labor market has continued to strengthen” and economic activity “has been rising moderately so far this year,” the Fed statement said. The FOMC repeated language saying “near- term risks to the economic outlook appear roughly balanced.”

The decision to leave the target range for the federal funds rate unchanged and begin the balance-sheet runoff in October was unanimous. The Fed reiterated that interest rates are likely to rise at a “gradual” pace, though updated forecasts indicated that officials see the path as less steep than before.

In their new set of projections, Fed officials estimated three quarter-point rate hikes would be appropriate next year -- the same number they saw in June -- based on the median in the so- called dot plot of interest-rate forecasts.

Crisis Action
The Fed's decision to exit from balance-sheet policies comes a decade after the global financial crisis began to tip the economy into a recession at the end of 2007. The reduction in assets will be slow -- just $10 billion a month to start.

The Fed’s balance sheet has been steady at close to $4.5 trillion since early 2015 when the process of tapering quantitative easing ended. The issue facing the Fed is that they want to continue to raise interest rates, but that is going to have a deleterious effect on the Treasury’s finances as bonds mature and are refinanced at higher rates. The answer they are experimenting with is reducing the size of the balance sheet so there are fewer bonds which need to be refinanced. 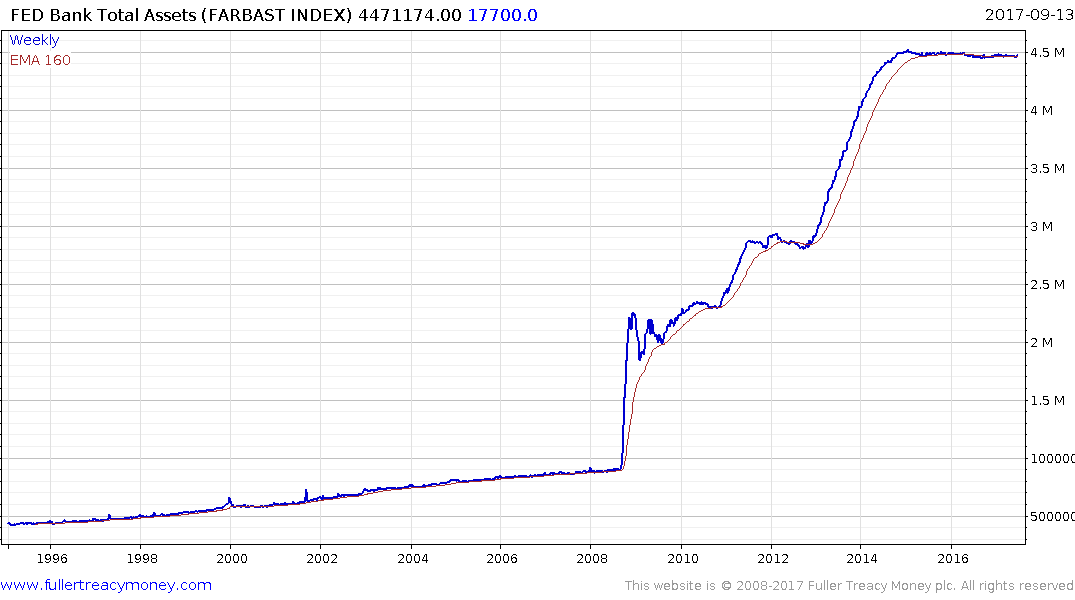 The ECB is the only central bank with any experience of withdrawing excess liquidity from the market. It withdrew €1 trillion from circulation between 2012 and 2014 and was a major contributor to the region’s deflationary issues. Informed by that experience the Fed is likely to be very cautious about removing funds from its balance sheet regardless of the need expressed by the Treasury. 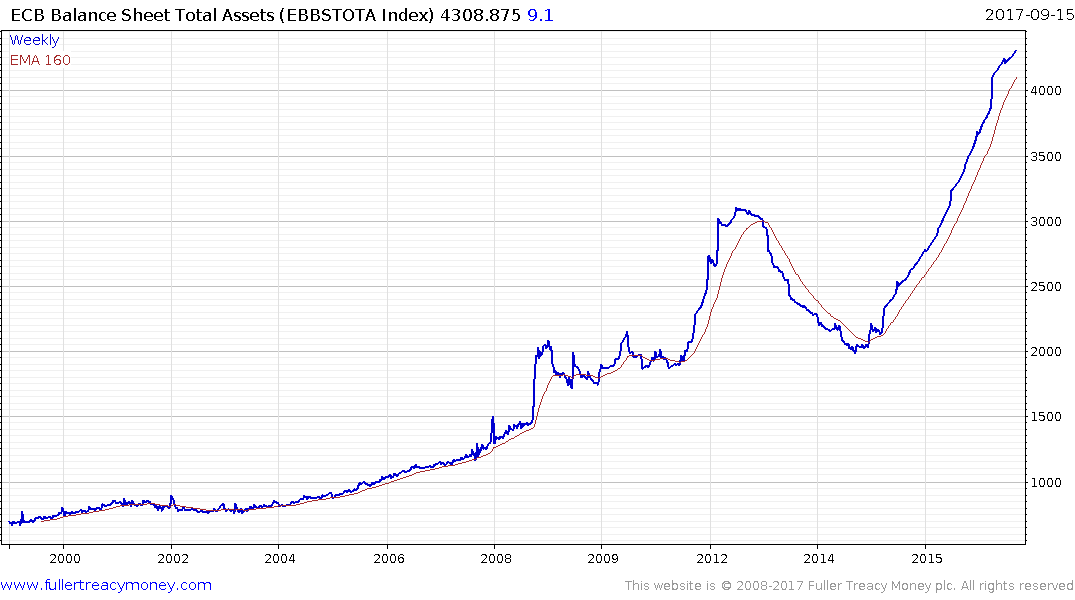 Right now, we are in a “boy who cried wolf” market for bonds. The Fed is talking about raising rates and reducing the size of the balance sheet but 3-month yields are at 1% and the Fed Fund’s rates is at 1.25%. That suggests the bond market is in a show me mood. Investors are unwilling to price in rate hikes until they have evidence the Fed has in fact moved.

For stock market investors “Don’t fight the Fed” has long been a mantra but for bond investors they seem to really believe they know better than the central bank. They don’t appear to believe that the Fed will succeed in both continuing to raise rates while also tinkering with the balance sheet.

In fact, the bond market appears open to the possibility that the Fed will in fact fail, reinvigorate deflationary pressures and have to either stop raising rates or engage in another round of QE much like the ECB had to. Regardless the Fed feel they have to reload the interest rate weapon to prepare for the next recession so they have little choice but to continue to hike. 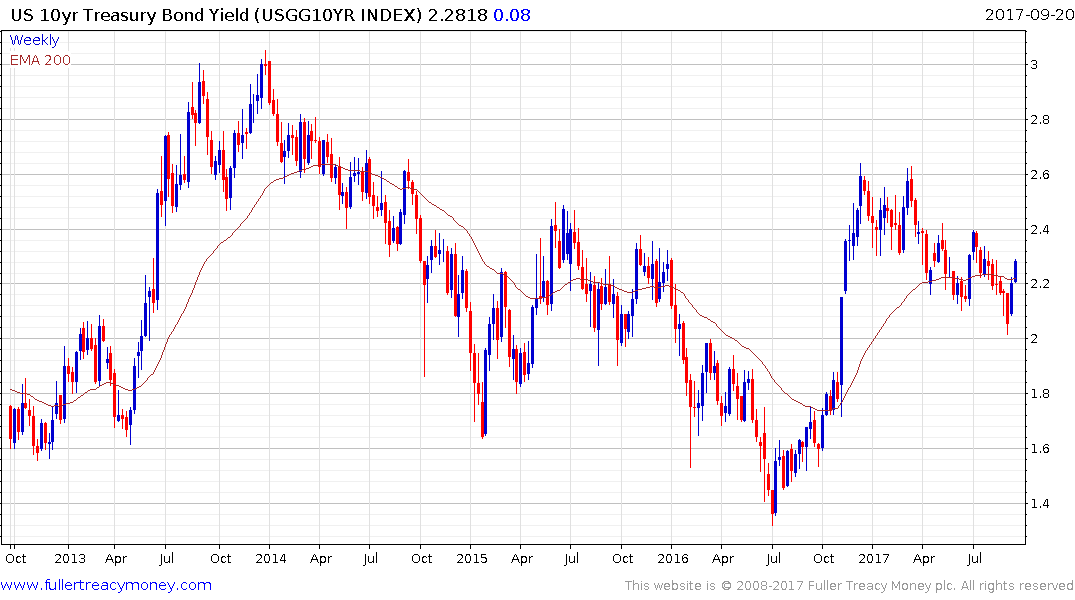 The US 10-year yield has bounced from the 2% level over the last couple of weeks. It will need to sustain a move above 2.4% to confirm a return to supply dominance.