Former Treasurer Morrison is the Liberals’ third leader in four years and has only been at the helm since August. Factional infighting saw right-winger Tony Abbott dumped in 2015 by his own lawmakers for millionaire moderate Malcolm Turnbull, who in turn was ousted in a party vote.

Morrison, an evangelical Christian who represents one of the country’s most socially conservative districts, moved swiftly to unite the party and set about crafting a strategy to close down Labor’s long-standing lead in opinion polls.

He relentlessly attacked Shorten’s promise to boost the minimum wage, curb tax incentives for investors and take tougher action against global warming, insisting the slowing economy couldn’t risk such policies. While his reputation as an effective campaigner grew on the trail, polls still had him trailing by at least 2 points going into Saturday’s election, and book-makers had him at long odds to win as the ballot boxes closed.

I was chatting with a couple of ladies from Newcastle (NSW) on the plane back from Florida in March and they were very clear in their conclusion that young people had no idea what had helped to generate the economic prosperity Australia has become synonymous with over the last forty years. Of course, they are from one of the largest coal exporting terminals in the world, but that perspective helps to highlight not only the reluctance to embrace growth killing climate prohibitions but a generational divide. 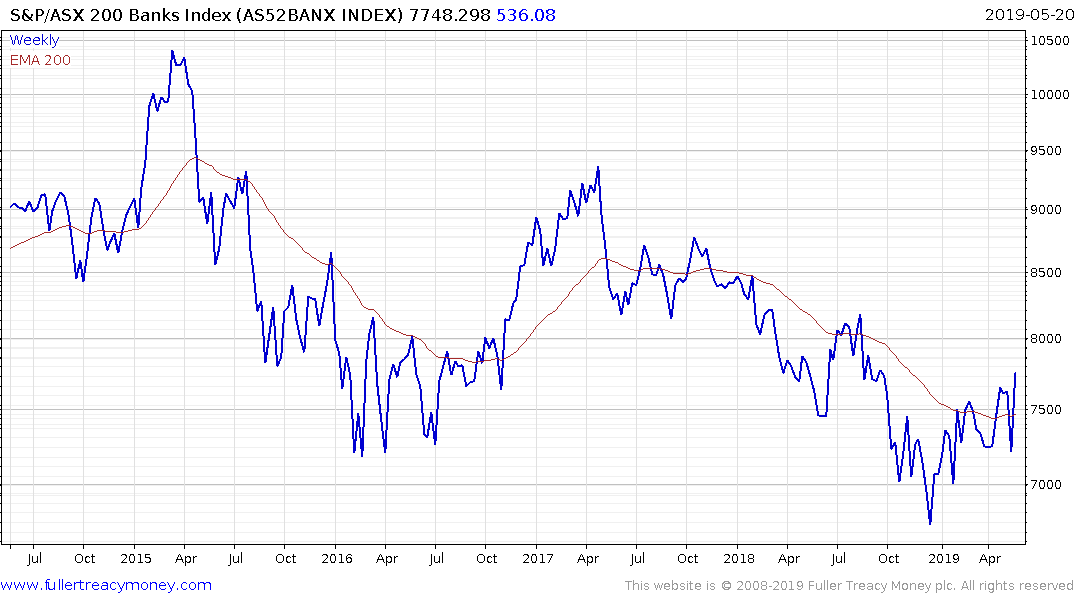 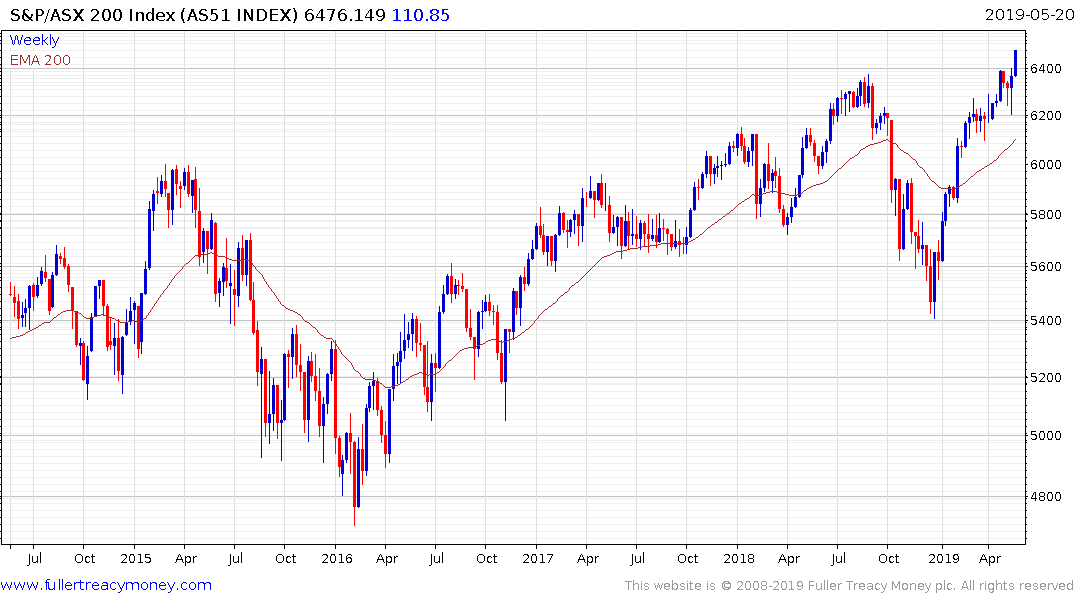 The ASX300 Banks Index surged on the news; reversing all of last week’s decline. That return to outperformance by the major banks propelled the ASX 200 to a new recovery high and increases potential the 2007 peak will be retested. 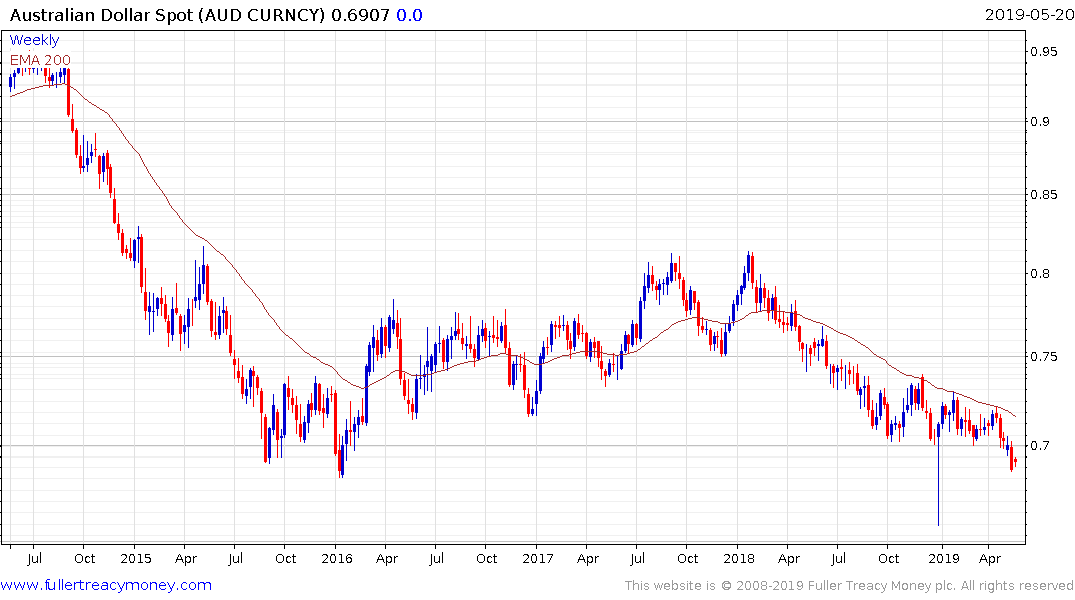 The Australian Dollar initially popped to the upside on the news but the RBA is still likely to ease policy so it is questionable whether this news will be enough to more than check the currency’s downtrend.