Politicians on both sides of the Atlantic are calling on Chief Executive Officer Mark Zuckerberg to appear before lawmakers to explain how U.K.-based Cambridge Analytica, the data-analysis firm that helped Donald Trump win the U.S. presidency, was able to harvest the personal information.

Facebook has already testified about how its platform was used by Russian propagandists ahead of the 2016 election, but the company never put Zuckerberg himself in the spotlight with government leaders. The pressure may also foreshadow tougher regulation for the social network.

U.S. Senators Amy Klobuchar, a Democrat from Minnesota and John Kennedy, a Republican from Louisiana, have called on the chairman of the Judiciary Committee to bring in technology company CEOs, including from Twitter Inc. and Alphabet Inc.’s Google, for public questioning.

The status quo was shaken by the election of Donald Trump and the rise of populist causes right across Europe and parts of Asia. Whether this is as a result of Russian propaganda or demographic/personality profiling is missing the point. A deep vein of discontent has been tapped by emotional rhetoric which is a symptom of political change regardless of the avenue through which it is delivered. That is contributing to polarity in political views which is likely to intensify until a new reform agenda has been implemented and it could take a decade of political disfunction to achieve it. 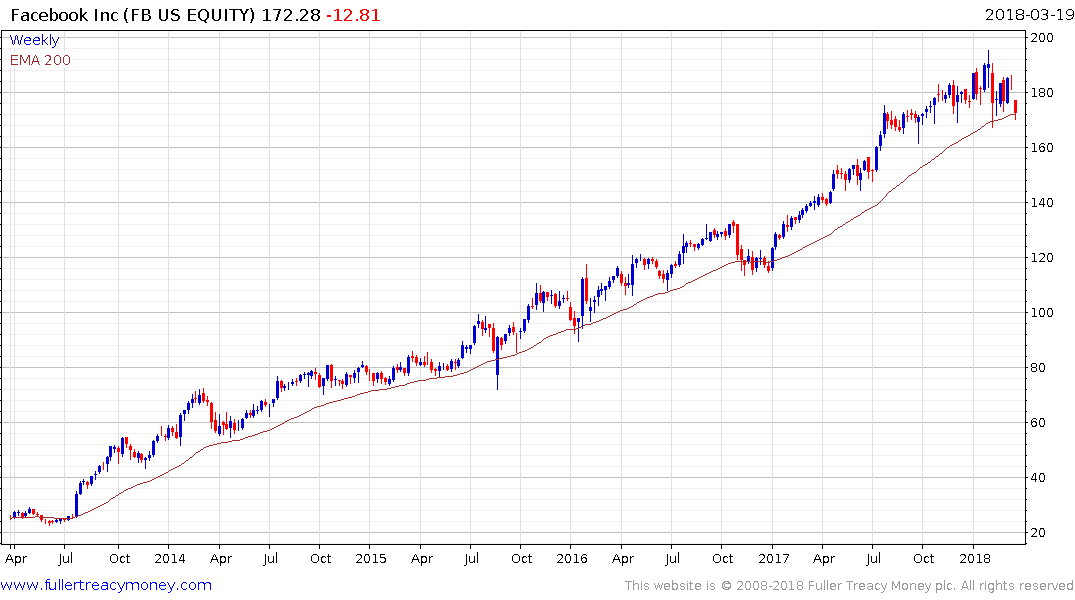 Social media companies are in something of an embarrassing bind since the success of their product offerings in reaching targeted demographics has been vindicated but perhaps not in the way they might have wished. Facebook pulled back sharply today and is now trading in the region of the trend mean. On every other occasion it has pulled back to the mean, since 2013, it has bounced and will need to do so again if the medium-term uptrend is to remain intact. 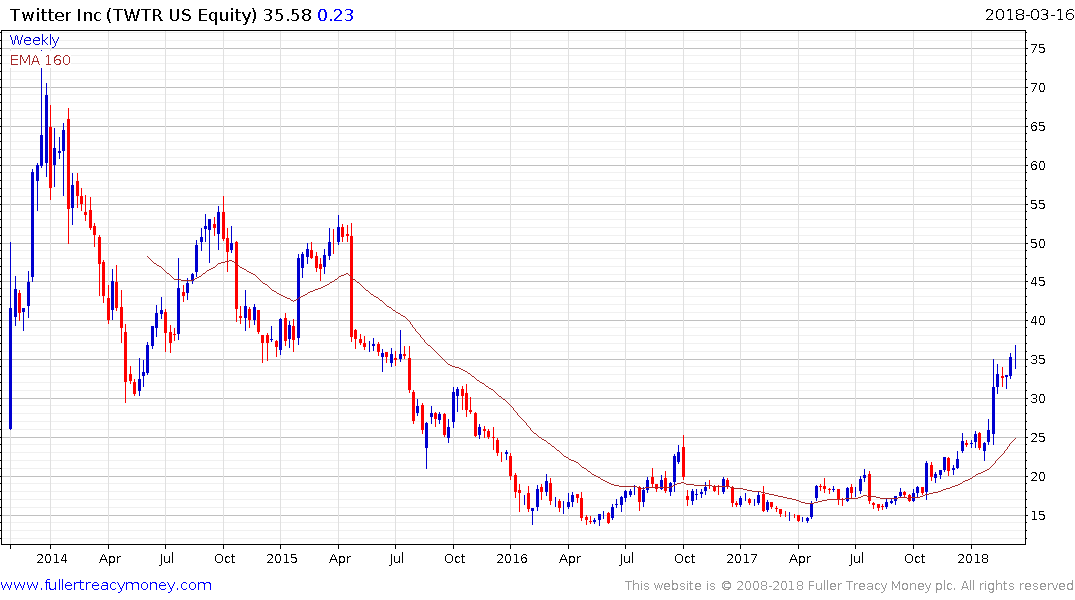 Twitter has already had multiple episodes of blame being heaped on the company for the actions of its subscribers, so the risk is largely priced in. The share was relatively unchanged today and remains on a recovery trajectory. 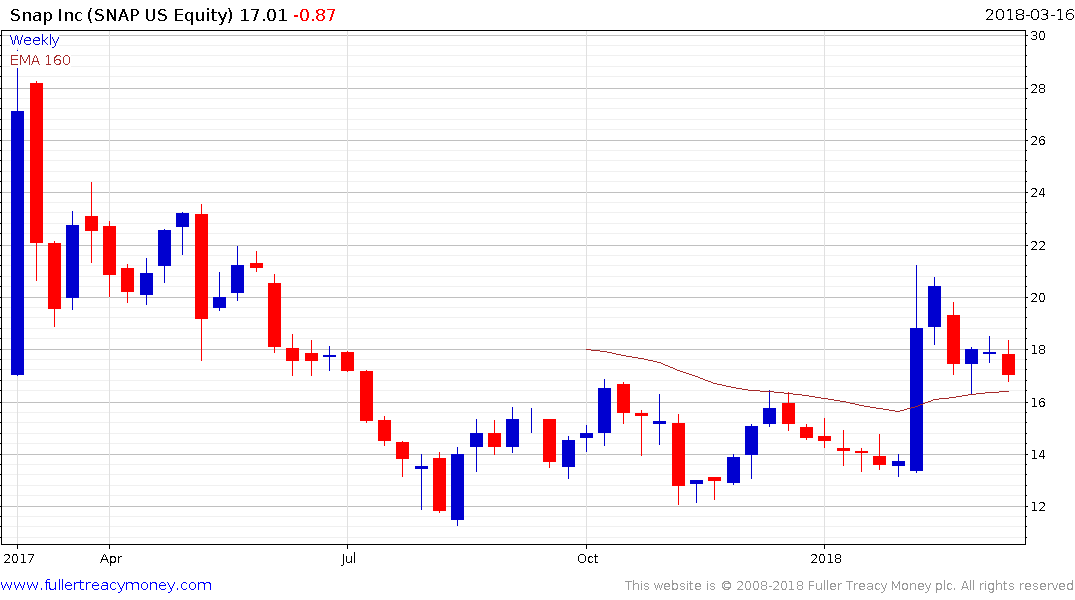 Snap Inc’s subscribers are generally not old enough to vote and the statements of social media influencers like Kylie Jenner and Rihanna tend to have a greater influence on the share price. It has pulled back to test the upper side of its base formation and will need to hold the $15 area if recovery potential is to be given the benefit of the doubt. 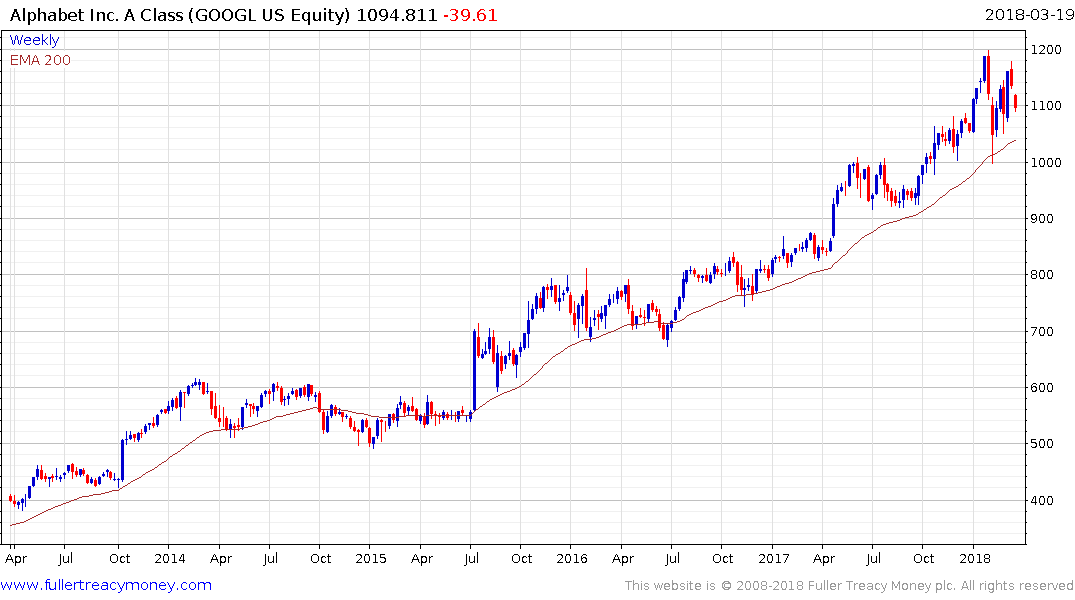 Alphabet’s YouTube and search businesses are not immune to government complaint and the share has now experienced its largest reaction since at least 2008. 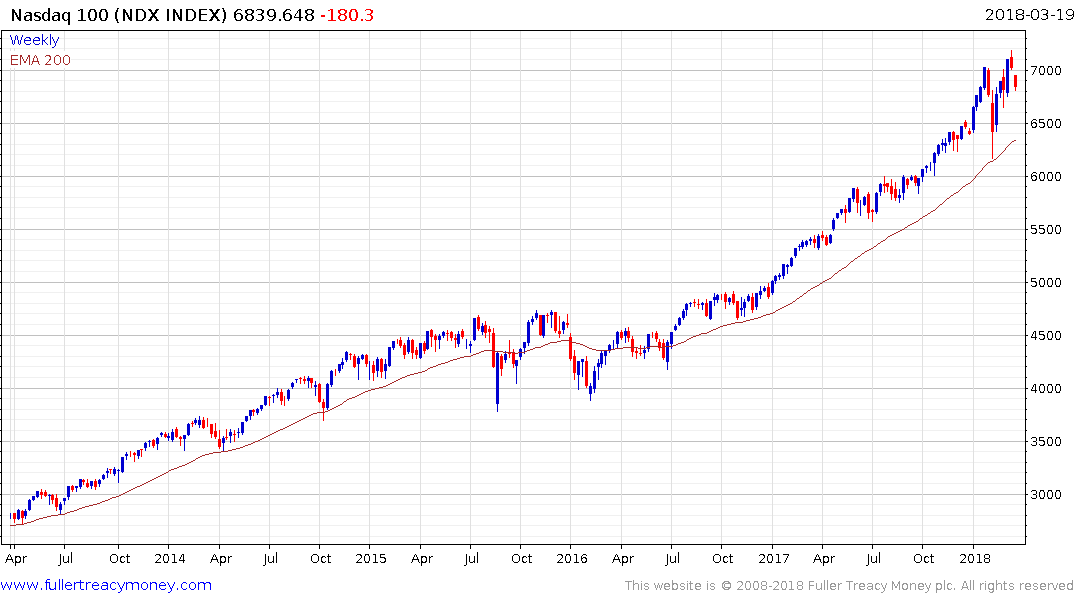 The Nasdaq-100 has now failed to sustain the move above 7000, to follow through on the downside key day reversal posted last week. The early March low 6645 will need to hold if the upward bias of the February lows is to remain intact.