After a three-month rally that’s added more than $800 billion to the value of FAANG stocks, individual investors have decided it’s time to cash out of the high-flying names.

“Taking profits isn’t the worst idea in the world,” said Joe “JJ” Kinahan, the chief market strategist at TD Ameritrade, noting clients had been buyers of Amazon for eight straight months while also showing immense interest in Netflix in recent periods. “What it makes me wonder is, they were the momentum stocks, so where do we get our new momentum?”

It’s possible the answer to that question is cannabis companies, according to Kinahan. While clients of Omaha, Nebraska-based TD Ameritrade shunned the FAANG names last month, many were buyers of Aurora Cannabis Inc. and CVS Health Corp., which recently announced that it will begin selling CBD-infused products at more than 800 of its stores. Millennial clients also scooped up shares of Canopy Growth Corp., according to a statement from TD Ameritrade.

The 20% decline in the 3-months from the early October peak was a visceral event for many investors, not just retail buyers. If we had said to anyone thinking about selling before Christmas that all they would have to was wait another three months and the market would be back at the high then at least some people would say that as soon as it gets back to that level I’m selling.  Others, who have sat through medium-term corrections before, will conclude this is nothing more than a pause within an evolving bull market. That argument between bulls and bears in the region of an all-time high contributes to at least a range forming. 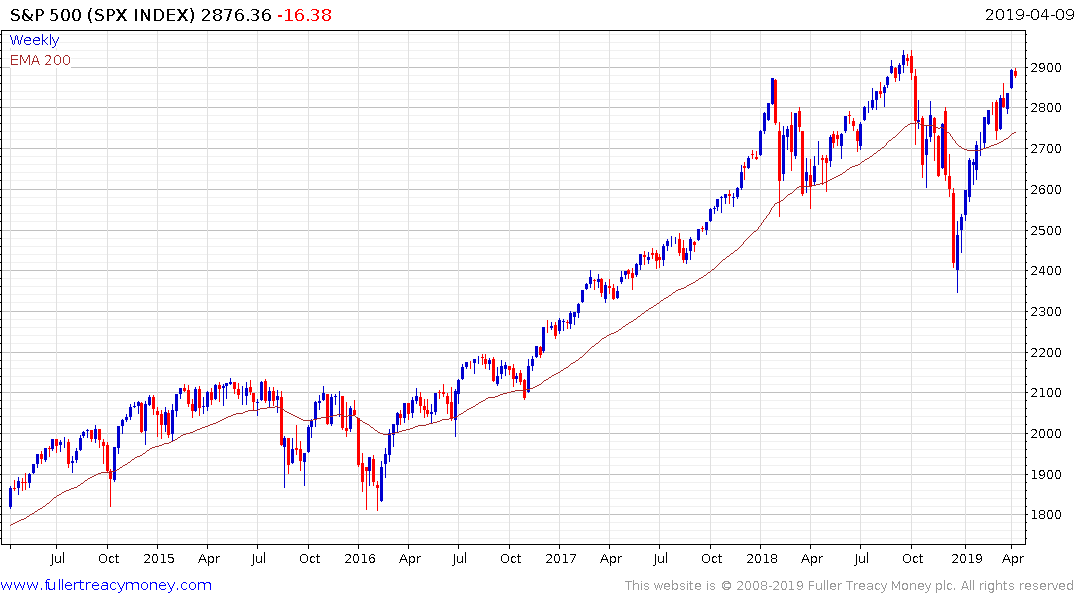 The most explosive part of the rebound occurred in January and, since then, the pace has moderated. The primary consistency characteristic of the rebound has been the progression of higher reaction lows. Each of the new highs over the last two months have not been sustained so it is reasonable to expect the latest to fail too and for the price to come back to test support above 2800. 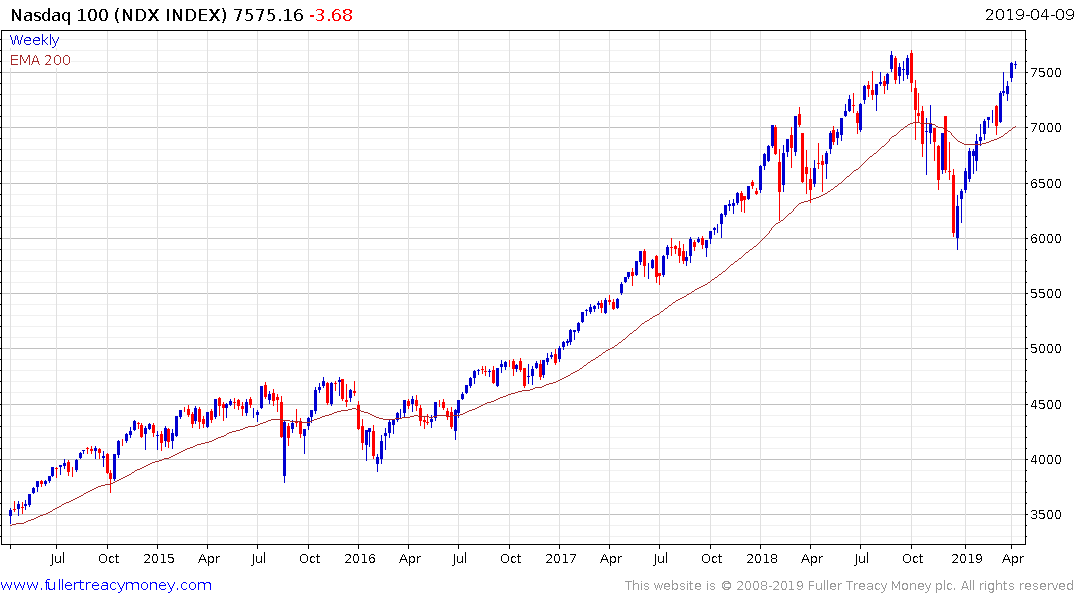 The Nasdaq-100 remains the clear leader and its rebound from the Boxing Day low has, so far, been more consistent with each of the little ranges one above another rather than dipping into one another. As long as that staircase sequence of steps remains intact the benefit of the doubt can be given to the upside. 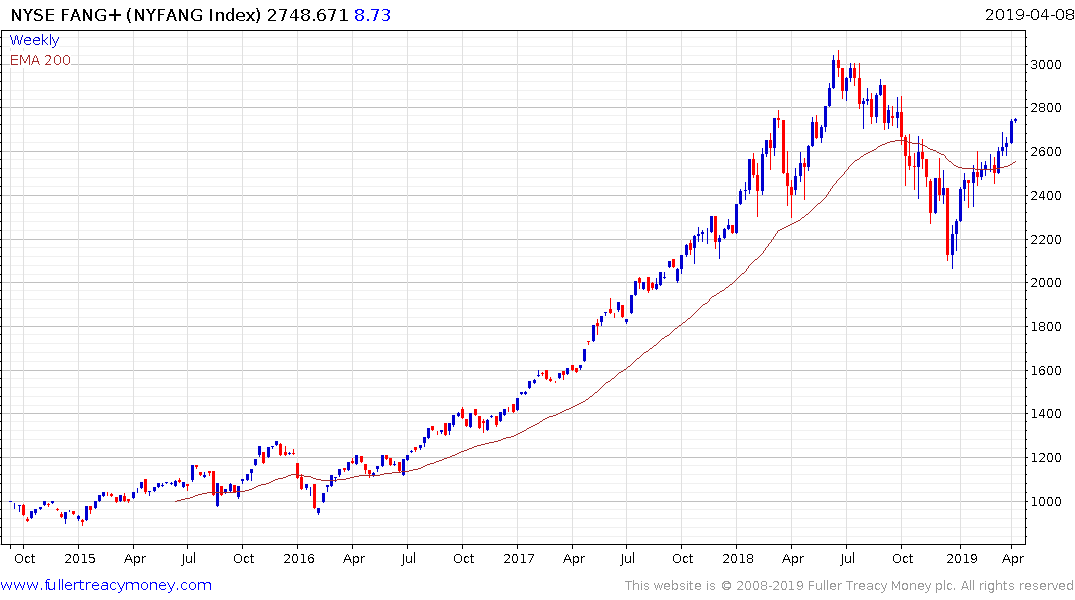 The fact retail investors have been selling the FAANG shares is unlikely to signal topping activity. Instead it is a testament to just how much cash is still sitting on the side lines. That represents a source of fuel for a breakout once a short-term consolidation has run its course. That is of course assuming the progression of higher reaction lows remains intact.