On attributes that differentiate WPM from producing companies and other streaming and royalty companies. Streaming companies get metals delivered to it at a fixed cost = no cost surprise to the investor. The biggest risk is when investing in a mine is that it isn’t as profitable as expected, and their model takes this out of the equation. WPM’s asset base is 100% streaming (stronger than royalties) and focused on asset quality. WPM has first and second quartile assets only, which means they will still operate if prices fall (whereas fourth quartile mines will get shut down) and it’s the first place where their partners put more investment dollars.

WPM’s optimal ratio of revenue generation by metal. The first criteria is the quality of the asset and that their partners are healthy and profitable. Gold is by far the most stable, while silver has more beta. There is appeal to silver in a bull market, but silver will underperform on the way down. WPM is also comfortable with palladium, but it’s more susceptible to industrial activity then the rest. It comes down to being diversified. WPM remains gold focused but the current revenue split of around 53% gold , 42% silver, 5% palladium (with cobalt coming on) is very agreeable longer term.

On taking more time to complete the $0.5-$1 billion streaming deals… it’s going to take longer than highlighted on Q4 and Q1 calls as higher gold prices have increased expectations. When prices are low, it’s the best time to invest; countered with when prices are high (although not there yet) it’s time to harvest. They won’t be chasing a frothy market, making it challenging to complete some deals. If deals aren’t closed, the cash flow will go to the dividend and paying down the revolver. The value of the streamers… streamers always makes a ‘good’ mine a ‘great mine’ and improve the internal rate of return for the operator’s shareholders. Streaming will always be an attractive source of capital, but has to be priced appropriately.

Royalty streamers offer a solution to the age-old question of how to buy gold at a discount. That of course depends on a willingness and ability to buy when no one else is interested. Whatever about the success of companies in capturing streaming rights over the last few years, the window for closing on new ones is swiftly closing. Miners know they have in-demand assets and there have been an increasing number of stories about private placements being oversubscribed by multiples of the desired amount. That suggests prices for shovel ready projects are rising quickly as investors adapt to the new bull market environment.

The paradox of the investment world is demand increases in line with prices. In a low interest rate world that has resulted in extraordinary prices being paid for assets of mediocre value. That process is really only beginning with precious metals. 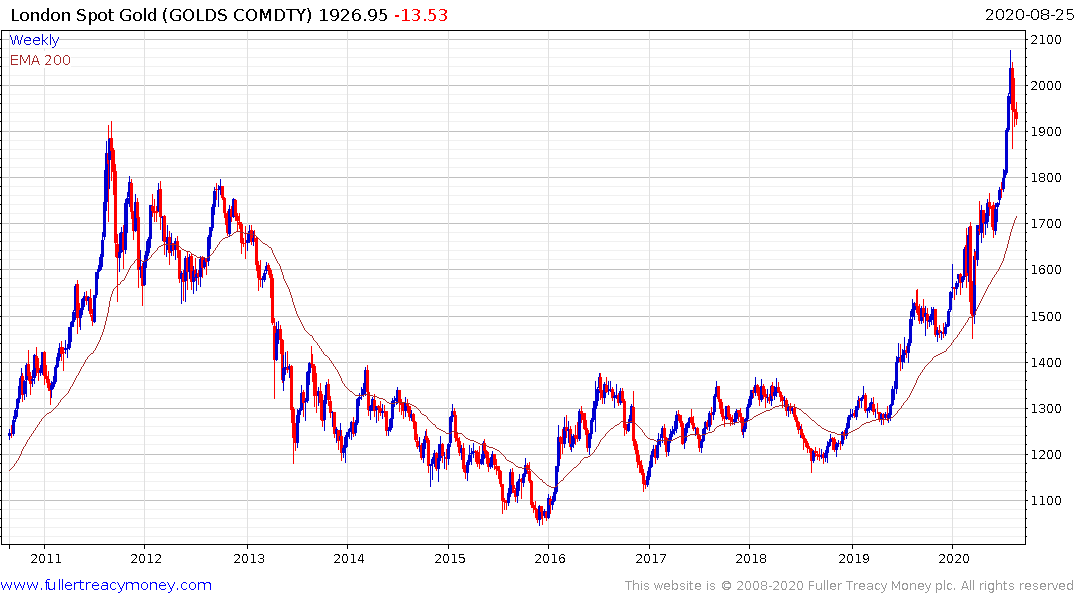 The price of gold continues to hold the $1900 level which is about the best possible scenario for a consolidation following the surge to new highs in July. This pause is allowing the overextension relative to the trend mean to be gradually unwound and while there is still scope for some volatility this is still a bull market. Surprises are likely to be on the upside. 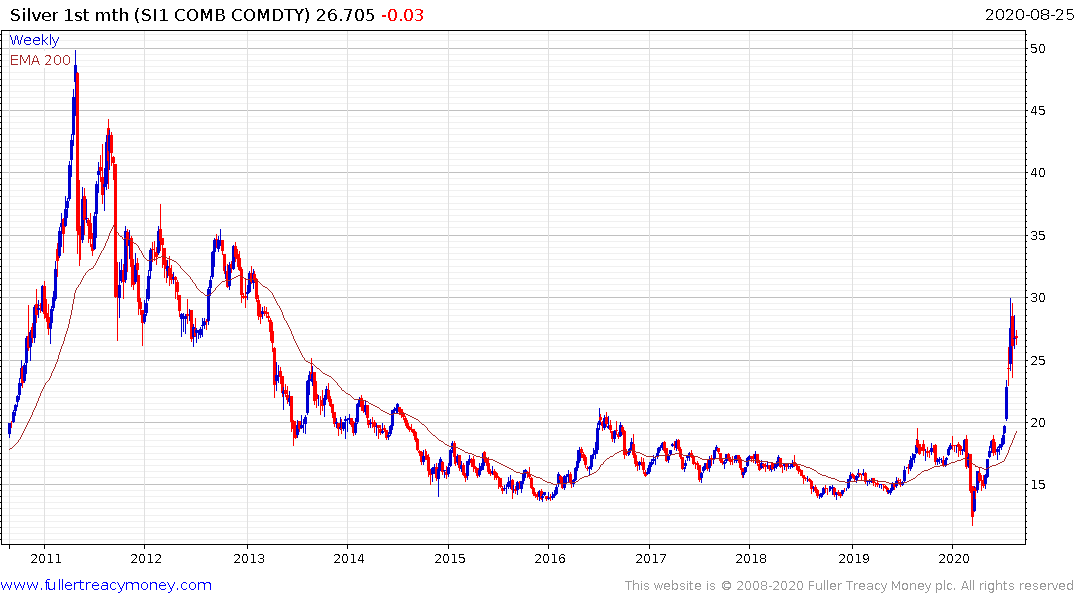 Silver’s consolidation has also been comparatively mild as it continues to hold the $25 area. 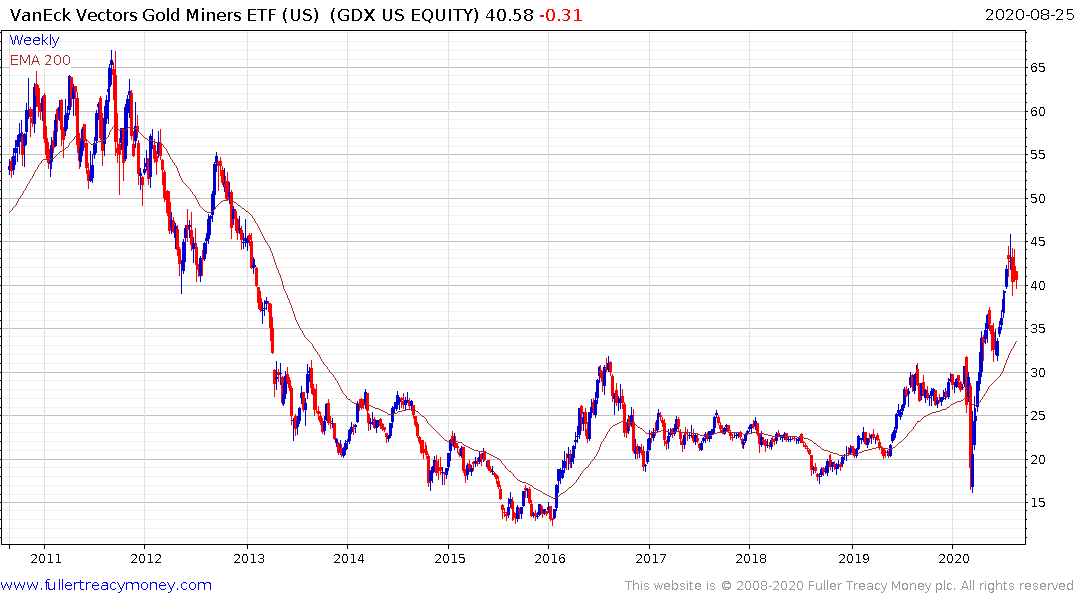 The Gold Miner’s ETF (GDX) continues to find support around $40. This reaction has been relatively similar to the pause in May and June. As long as that level holds it is still a staircase sequence uptrend. Even if it fails it still has room in which to post a larger consolidation and still find support in the region of the trend mean.