They argue that this extreme dependence on the property nexus has not been tested because super-charged growth rates hide all sins. But China is no longer growing fast. Xi Jinping’s neo-Maoist ideology of “common prosperity” marks a profound break with the Deng Xiaoping catch-up model.

“We find that a 20pc fall in real estate activity could lead to a 5-10pc fall in GDP, even without amplification from a banking crisis, or accounting for the importance of real estate as collateral,” they said.

The US Federal Reserve’s Ben Bernanke once famously said “we’ve never had a decline in house prices on a nationwide basis” and nothing had substantially changed. But it had changed. The national Case-Shiller index would soon fall by 36pc.

The Rogoff-Yang paper said nothing should be assumed in the case of China either. “Even the very cautious pragmatic Chinese regulators may not yet be fully anticipating the depth of the possible fall in China’s housing prices,” it said.

Deflating an economy that is so hyper-leveraged to property is going to take years and will be untidy. China will almost certainly avert a Minsky crisis but it may not avert a long grinding semi-slump that profoundly changes the world’s perception of the country.

This conclusion makes sense to me. We are probably at the peak of speculative interest in the Chinese property market. The Party understands that the property sector will represent a threat to its rule if there is a collapse but also if prices accelerate further from here. That suggests progressively more measures to reduce leverage in the system. At a minimum that implies smaller companies and less construction activity. 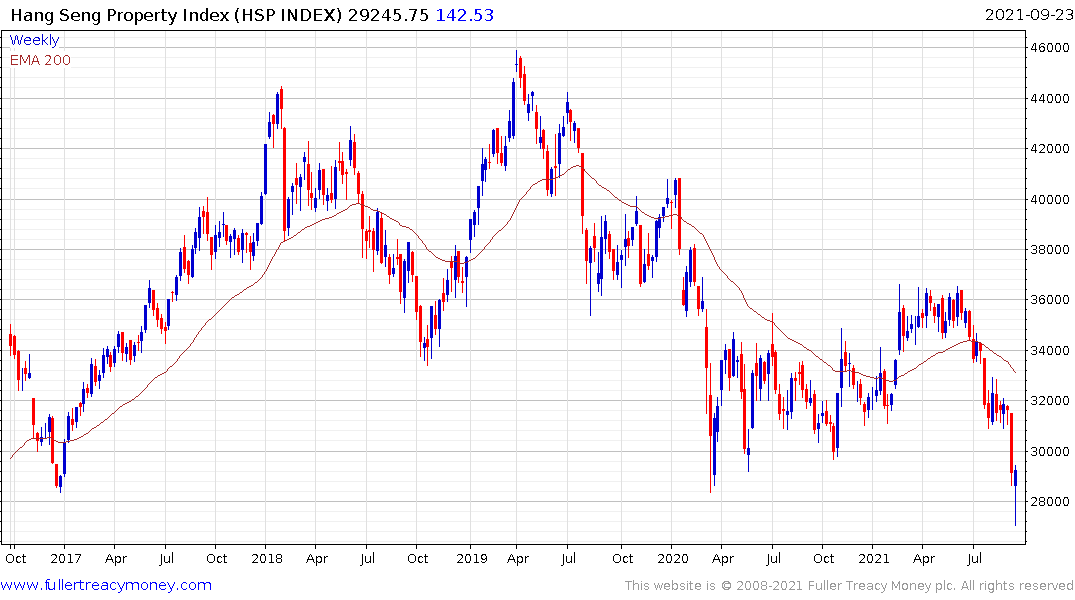 The Hang Seng Property Index extended its rebound today as the risk of contagion receded somewhat. This is a saga that is likely to run for years but for now we appear close to the point of peak pessimism. That suggests there is scope for a significant reversionary rally. 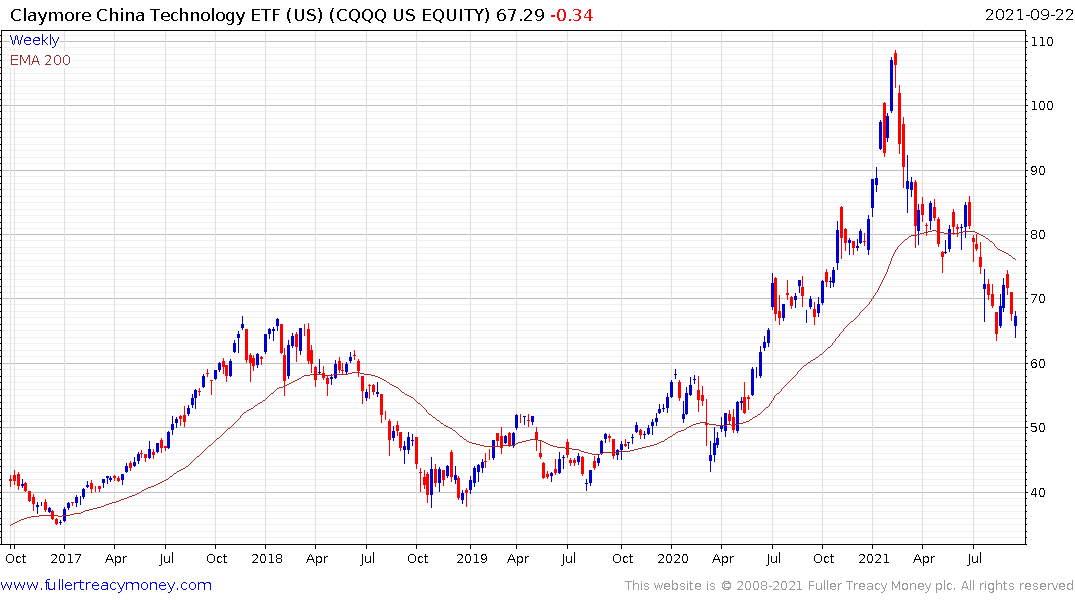