While Evergrande bondholders face deep haircuts in a restructuring that could take months or even years to resolve, there were few signs of financial contagion on Thursday. That’s partly because investors had been anticipating a default for months, but also thanks to a flurry of activity by China’s government to cushion the blow.

While that’s likely to help prevent nightmare scenarios of an uncontrolled Evergrande collapse, authorities have made it clear they have no intention of bailing out the property empire started by billionaire Hui Ka Yan 25 years ago. In a pre-recorded video message at a seminar in Hong Kong on Thursday, People’s Bank of China Governor Yi Gang described Evergrande’s situation as a market event that should be dealt with in a market-oriented way.

The Shenzhen-based developer, which disclosed more than $300 billion of total liabilities as of June, said in a brief exchange filing on Dec. 3 that it will “actively engage” with offshore creditors on a restructuring plan. But with Chinese authorities now calling the shots, the developer has stayed largely silent on details of what its restructuring might look like.

Even Fitch has struggled to get information from Evergrande, noting on Thursday that the developer didn’t respond to its request for confirmation on this week’s coupon payments. “We are therefore assuming they were not paid,” Fitch analysts wrote in a statement. Bloomberg reported earlier this week that bondholders hadn’t received the money.

The long-expected default of China Evergrande is now underway and was preceded by the Kaisa’s default. Aoyuan’s difficulties are now also making headlines. Against a background of sensationalist media coverage, the Chinese administration is making enough liquidity available to support the wider property sector. They are also engaging in a forensic audit of local government off balance sheet vehicles to find out just how big the problem is.

So far, those efforts are bearing fruit. The Markit iBoxx USD Asia ex-Japan China Real Estate High Yield has bounced and has now posted a higher reaction low to confirm at least a near-term nadir. That suggests at least a reversionary rally is underway. 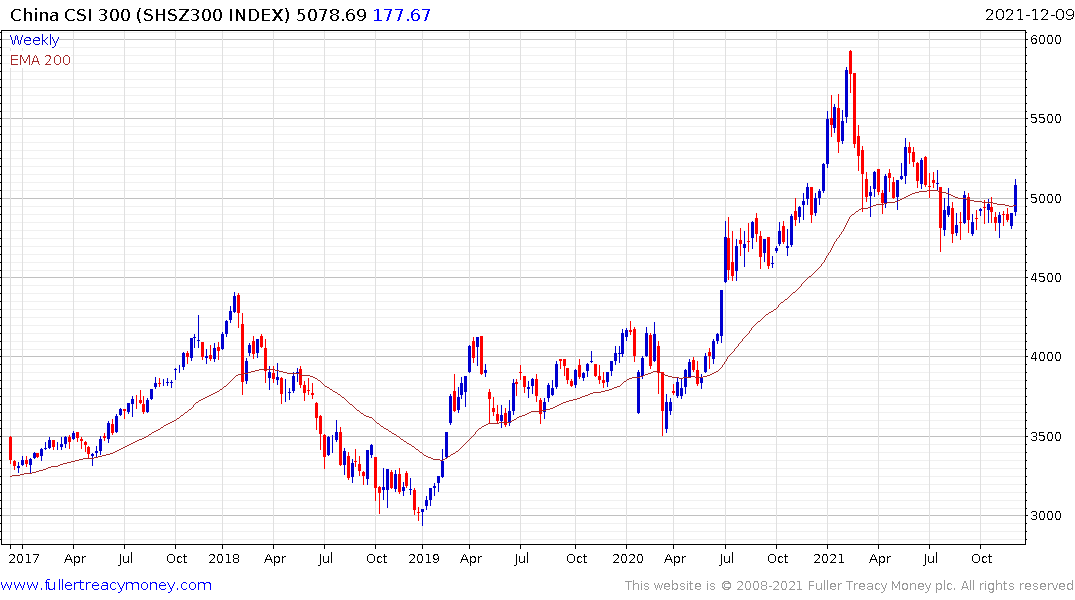 The CSI-300 broke out to new recovery highs today on optimism additional supportive measures will be forthcoming in 2022. 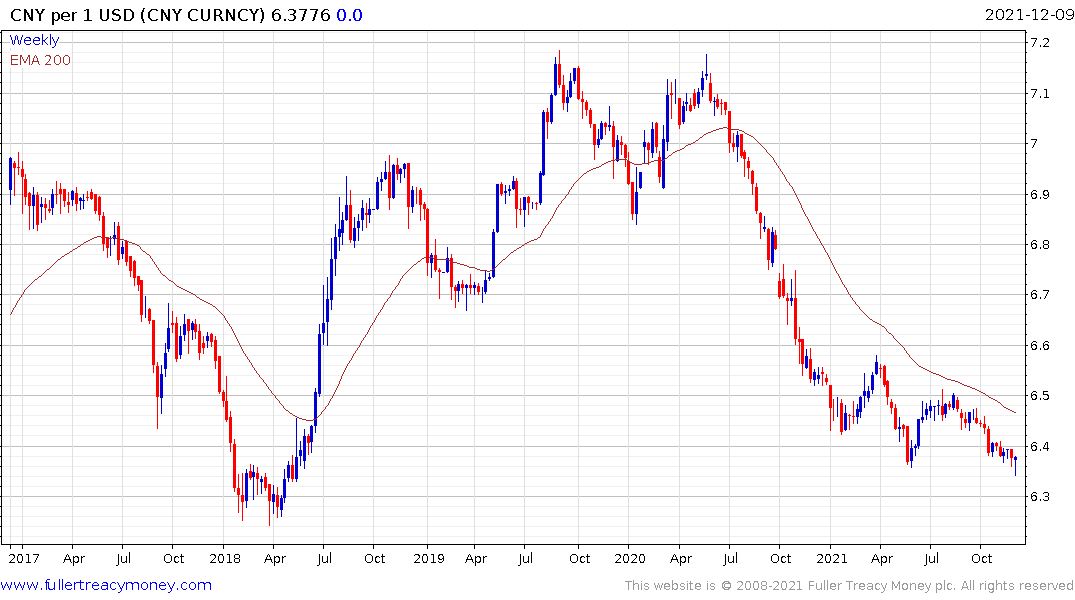 China also intervened today to arrest the Renminbi’s advance by raising reserve requirements for banks. They have been willing to tolerate a strong currency because that has aided efforts to attractive capital to local currency bonds. Nevertheless, no country is willing to endure a strong currency for long. The other side of that argument is the USA’s willingness to tolerate the strength of the Dollar. It is certainly aiding the sale of vast number of bonds required to fund twin deficits.