Much like the rest of the world, investors in European equities have been whipsawed in August by headlines on the U.S.-China trade war. Making matters worse, the region’s companies have seen a stream of profit warnings, Germany’s edging closer to a recession, Italian politicians are at it again, and Brexit remains Brexit.

For months, strategists had been calling for European equities to rein in the strong rally that kicked off 2019, although there was little indication until recently the stock market would oblige. Their average annual predictions for the region’s two main gauges is slightly higher this month compared with July’s response, but still lower than current index levels.

As late as July, the Stoxx 600 was up 16% for the year, almost twice the gain forecasters now see for 2019. Since then, the region that catches a cold when the world sneezes is faring a lot worse.

Monetary policy beats most other factors most of the time has been one of the most enduring adages at this service. The ECB is believed to be readying a raft of policy support initiatives for its September meeting. Since the removal of QE and the tightening of the LTRO program were instrumental in the tightening of liquidity, it is reasonable to expect kickstarting the stimulus engine will reinvigorate animal spirits. 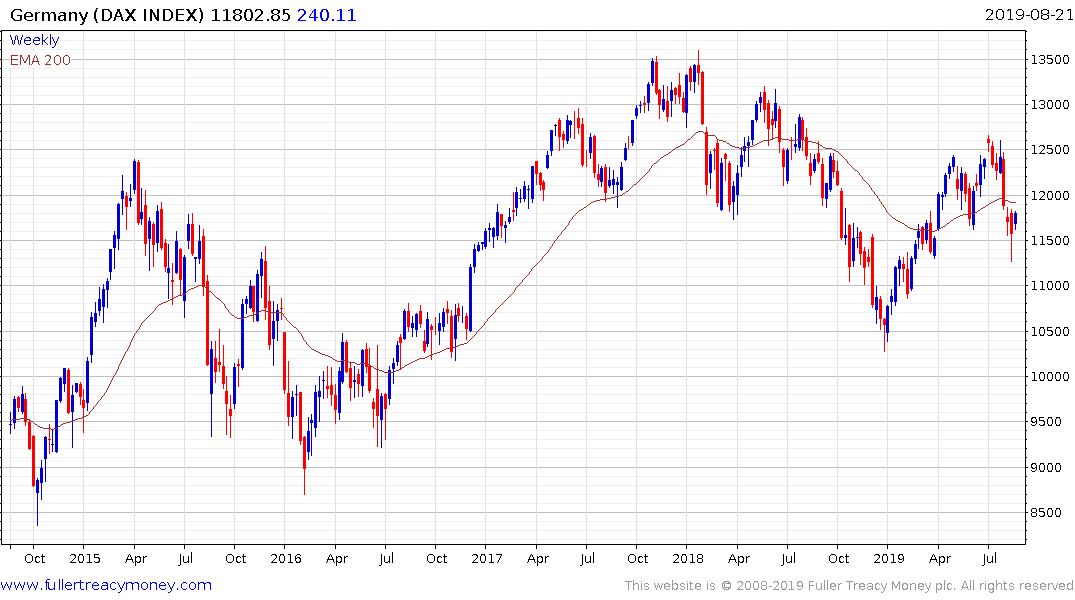 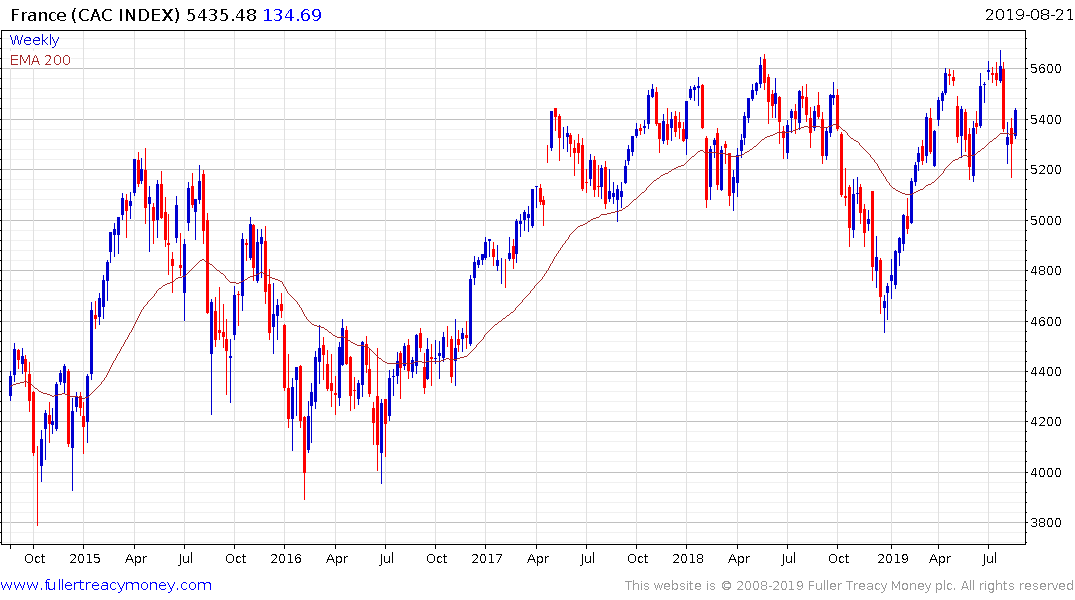 France’s CAC 40 is also firming from its trend mean and looks primed for a breakout from its two-year range. 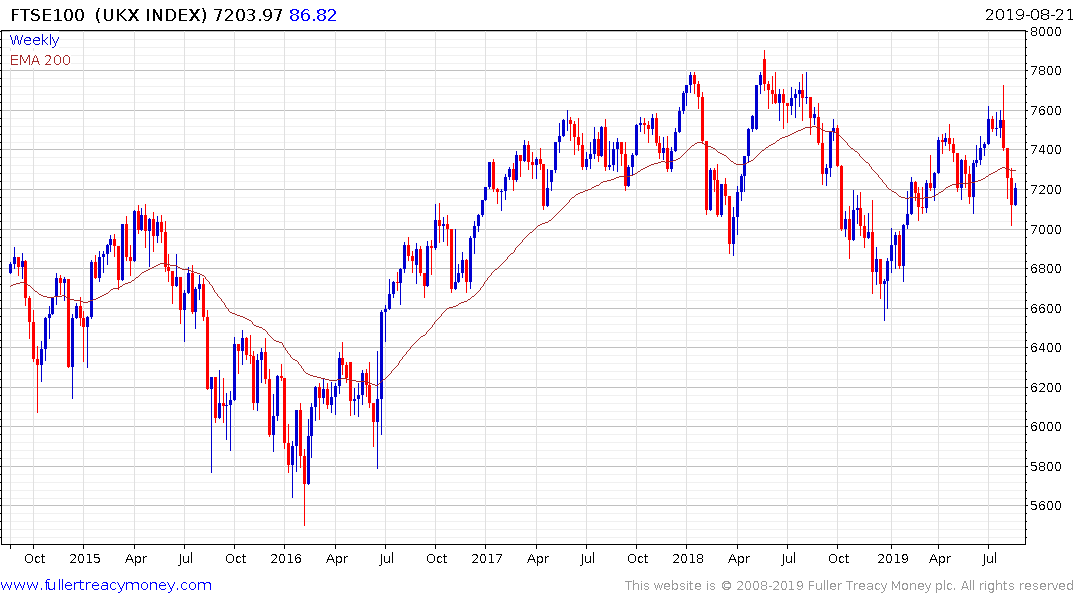 The FTSE-100 has a similar pattern. 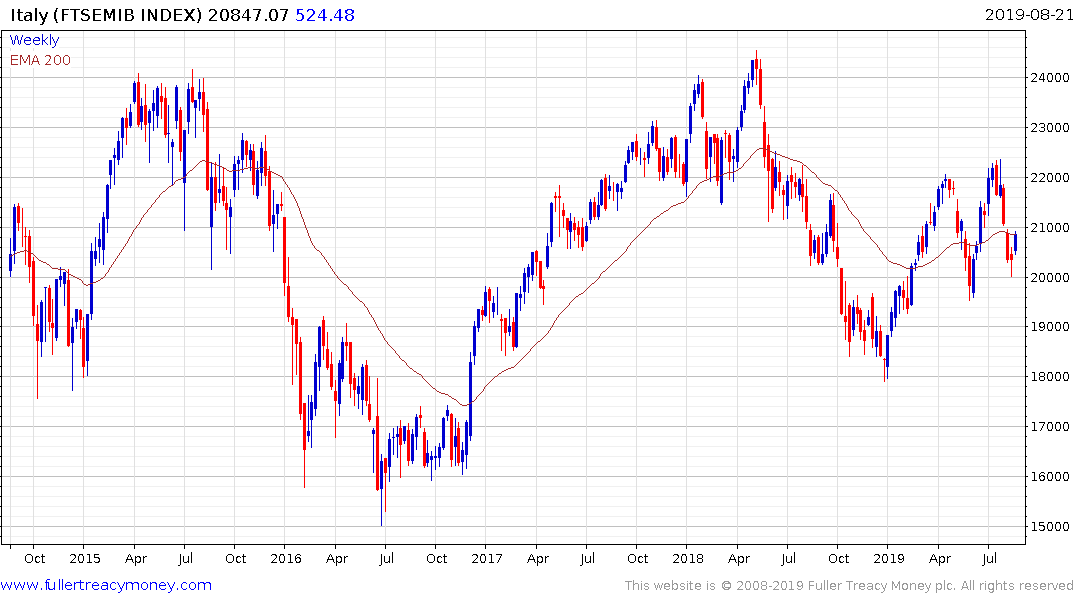 Italy’s FTSE/MIB Index pulled back very sharply earlier in the month but is also firming from the region of the trend mean.

What these indices suggest is the pessimism about the prospect for a return to demand dominance in Europe is potentially a contrary indicator.