At the previous ECB policy meeting on Feb. 6, President Mario Draghi cited the need for “more information” to explain why the central bank hadn’t expanded stimulus. He repeated Feb. 23 that officials are “ready to take any action.”

Euro-area sovereign debt returned 2.9 percent this year through yesterday, according to Bloomberg World Bond Indexes, as a quest for yield and signs of economic recovery in the periphery boosted investor demand for those nations’ securities.

?Portugal bought back 1.32 billion euros of bonds due this year and next to smooth out debt repayments.

While the Fed remains likely to continue to taper its quantitative easing, the ECB is still committed to making as much liquidity available as is required in order to cement the recovery of the region’s banking sectors. 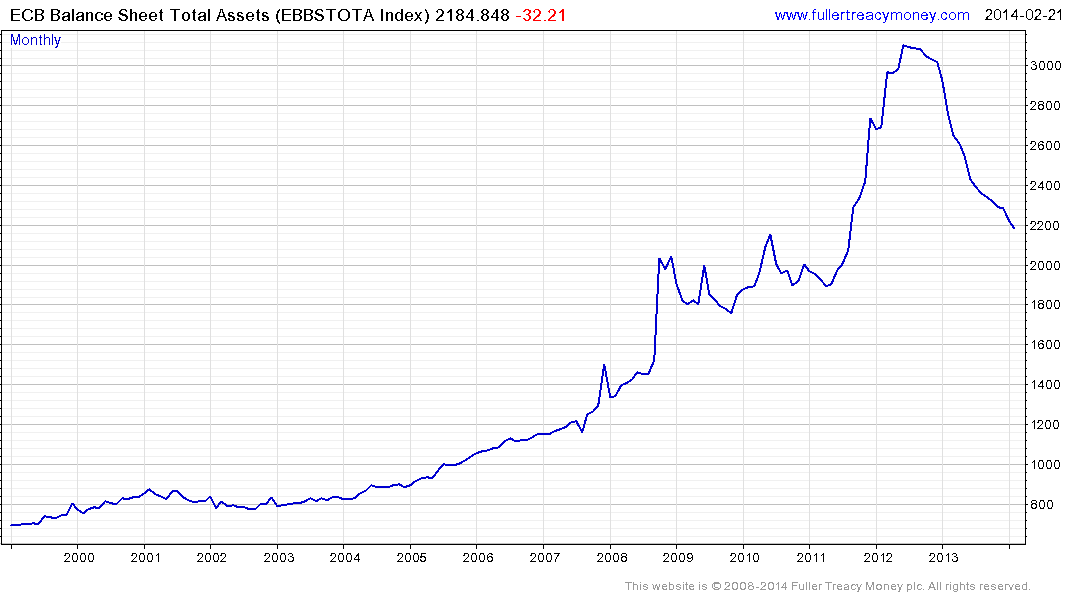 The ECB balance sheet indicates that they are sanitising their cash infusions, which is contributing to deflationary forces on the periphery. With inflation well below its target of 2%, the potential for additional measures to stimulate activity are more likely than not. One way or the other, the banking sector continues to benefit from access to abundant capital. 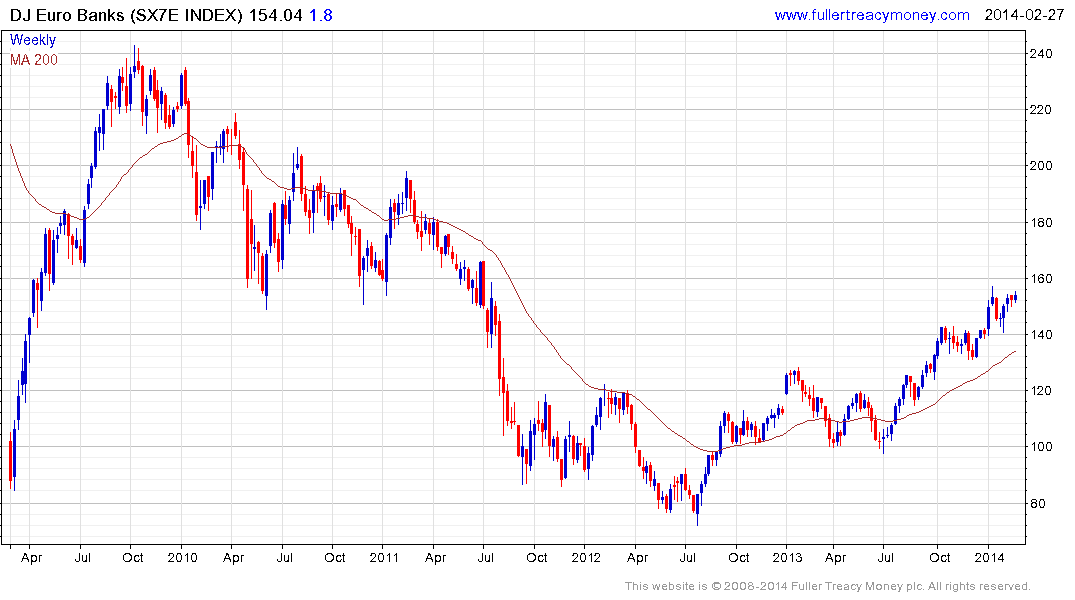 The Euro Stoxx Banks Index continues to trend steadily higher and a break in its progression of higher reaction lows would be required to question that view. 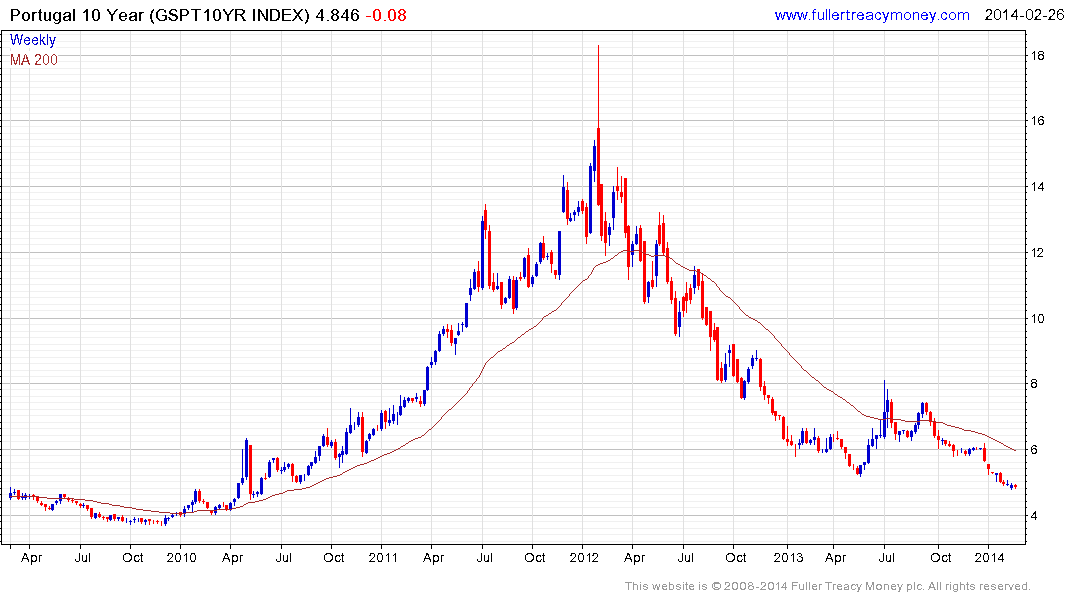 Portuguese government bond yields have been conspicuously higher than those of its fellow peripheral nations so there is potential for a closing of that spread as the country buys back its debt and approaches the exit of its bailout program. This should be generally positive for the nation’s banking sector. 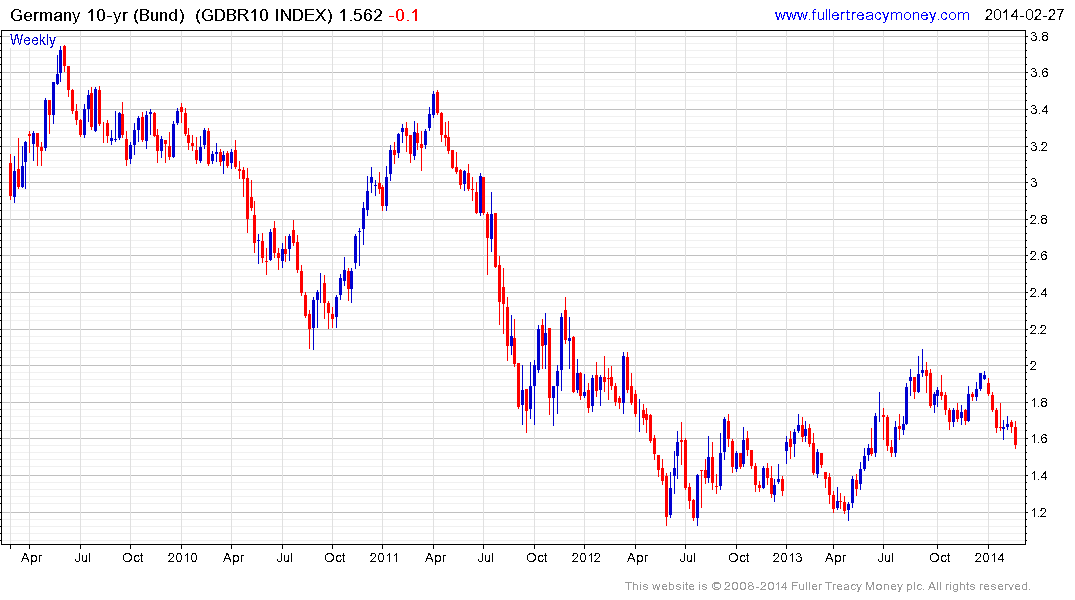 Elsewhere, German Bund yields continue to contract and a sustained move above 1.7% would be required to confirm a return to supply dominance beyond the short term.