The prospect of more stimulus from the ECB is adding to gains in fixed-income securities around the world this year amid record-low central-bank interest rates and signs growth is converging toward a slower pace. The Bloomberg Global Developed Sovereign Bond Index returned 3.8 percent this year, versus 3.4 percent for the MSCI All Country World Index including reinvested dividends.

“We could cut interest rates once again,” Praet said, according to the German newspaper. “Negative interest rates are a possible part of such a combination of measures.”

The ECB would only embark on Federal Reserve-style government-bond purchases “if the economy and the inflation in the euro area develop significantly worse than we expect,” Praet said, according to the interview in Die Zeit.

Market participants are beginning to price in the potential that the ECB is likely to lower interest rates or engage is some form of additional stimulus at its next meeting. As pointed out last week, the ECB’s balance sheet has turned upwards again, following more than a year of contraction, suggesting there is some reason to lend credibility to the easing hypothesis. 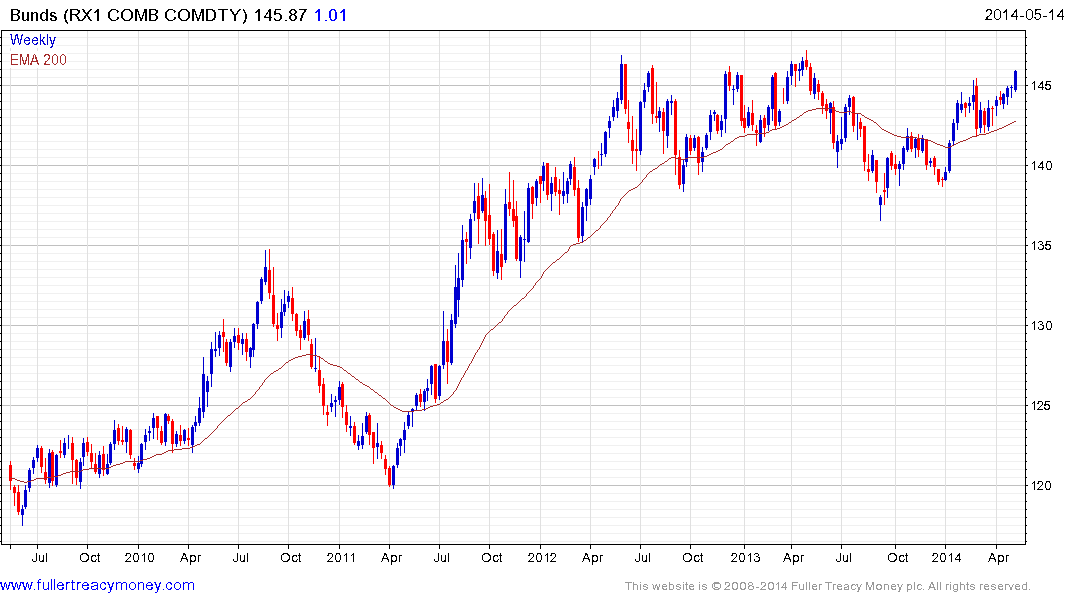 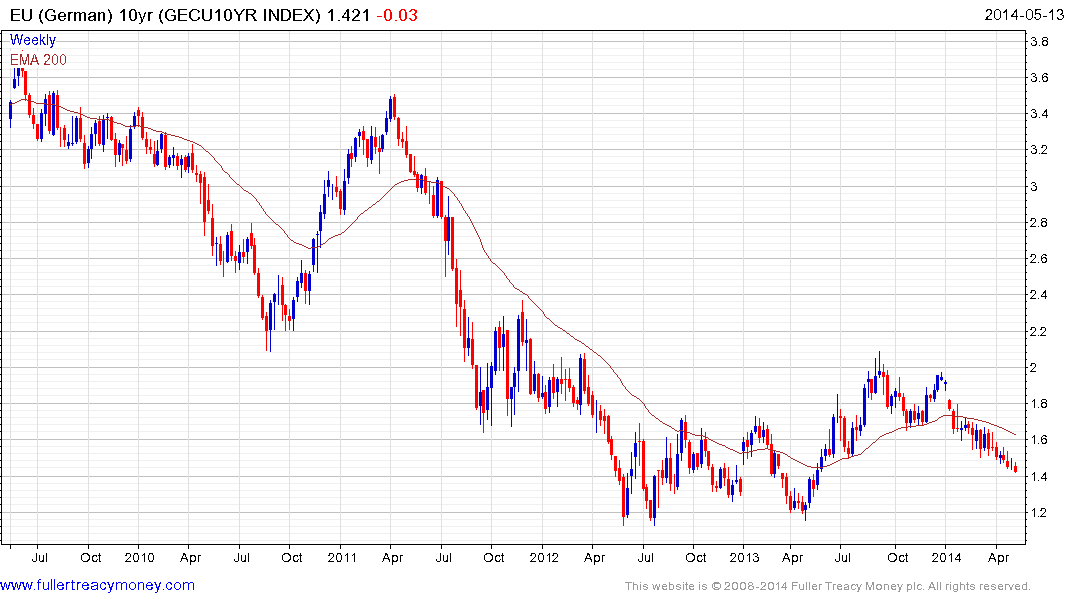 German 10-year Bund futures are currently testing the upper side of  a two-year range while yields continue to trend back towards the 2012 and 2013 lows near 1.1%. A clear counter trend dynamic will be required to check momentum as rates approach previous areas of resistance. 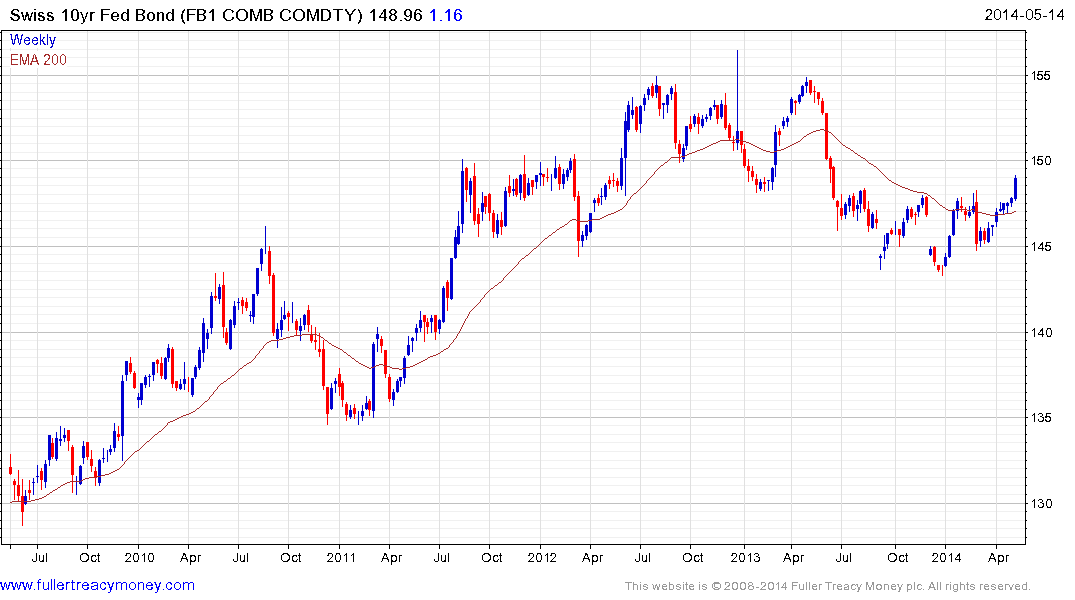 The Swiss 10-year future broke downwards from a yearlong range about 12 months ago and has been trading mostly above 145 since. It broke out of this consolidation today and a clear downward dynamic will be required to check potential for additional upside. 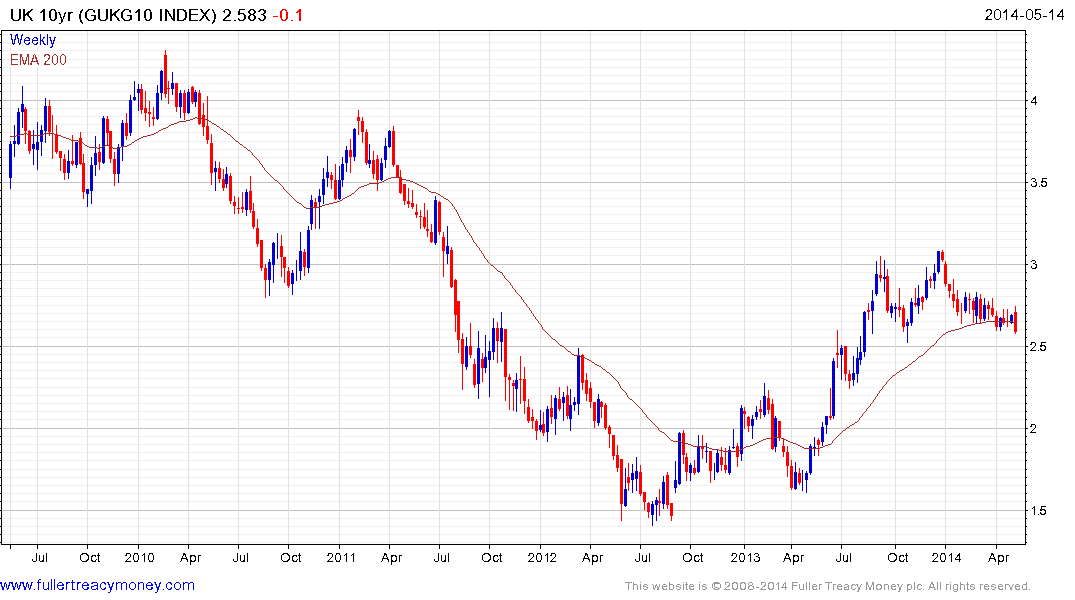 Due to a large step in the Gilts futures chart, as a result of a coupon change, the UK 10-year Gilt yields offers a better representation of how investors are looking at the market. The yield broke below the 200-day MA today to reconfirm demand dominance.

In an increasingly global economy, capital is mobile. There is a great deal of speculation about the Fed’s intentions regarding its extraordinary monetary policy, but the ECB and Bank of Japan’s programs are equally important and have the same capacity to fuel asset price inflation.

The Euro Stoxx Index broke successfully above 300 in October and continues to hold a progression of higher reaction lows. A sustained move below 310 would be required to question medium-term scope for additional upside.