Europe’s retail crisis is spreading from bricks-and-mortar stores to e-commerce as Asos Plc plunged the
most in 4 1/2 years after warning that Christmas shopping got off to a disastrous start.

The gloomy update from a U.K. online retailer that competes with Amazon.com Inc. and has furnished fashions to the likes of Meghan Markle shows that retail weakness is widespread in the runup to the holidays.

Asos fell as much as 43 percent Monday in London, wiping more than 1.4 billion pounds ($1.8 billion) off the market value. The news dragged down other online retailers like Boohoo Group Plc and Zalando SE, as well as store operators like Marks & Spencer Group Plc and Next Plc.

“This goes against the script,” said Stephen Lienert, a credit analyst at Jefferies. “It was supposed to be bricks and mortar that’s dying and online is the future, but that headline gets ripped up today.”

Brick and mortar and online retailers share one common factor. They both rely on consumers to be ready to buy what they are selling. That works well when the economy is doing well but Europe’s economies are under pressure at just the same time the ECB has ended its quantitative easing program. 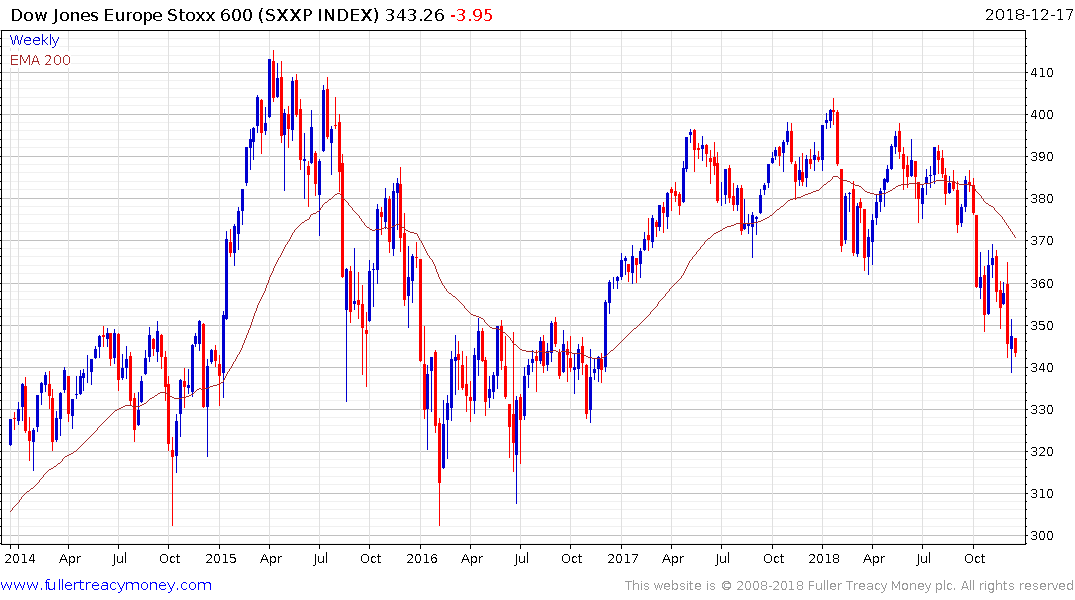 This note from IHS Markit focusing on the German PMI report highlights manufacturing data is contracting and that is a figure common to much of Europe. More than a few European economies contracted in the third quarter and this quarter is not looking much better. That also helps to emphasise by Europe is exhibiting relative weakness even though it is trading at a valuation discount to Wall Street.