According to the new parliament’s seat distribution based on preliminary results, 15 PINE parties throughout the European Union made gains in the election and 12 lost seats. In total, they gained just 25 seats – 3.3% of the total of 751. Without Italy, they would have come out even with the 2014 result. In a small number of countries there has been no change in PINE support.

The rise of Italian nationalism and what one could call an anti-establishment revolution there make the country the EU’s biggest trouble spot for the next legislative period. It’s unclear what the bloc can do about it except wait for Italians to become disappointed in Matteo Salvini’s League (and the national conservative Brothers of Italy, or FDI, party) – something that might come with painful economic side-effects.

The U.K. is the other obvious problem, but perhaps a receding one – either because Brexit will eventually happen or because it won’t. Last week’s election delivered a net loss of seats to British PINE parties. The success of Nigel Farage’s Brexit Party was as spectacular as the downfall of his former project, the U.K. Independence Party, and the ruling Conservatives faced a catastrophic loss that doesn’t augur well for them in the next general election. All this is for the British voters to sort out, though: The EU can hardly help at this point and it’s wise for it to wait out the crisis.

Other than the two obvious hot spots, eastern Europe remains somewhat problematic for the “ever closer union” project because of the strength of Hungary’s Fidesz and Poland’s Law and Justice (PiS). These aren’t exactly euroskeptical parties, but they are focused on not giving up any more national sovereignty, and they’re resolutely illiberal. The parties work to defang the independent media and build up propaganda machines that make them immune to scandals (PiS survived a whole strong of them in the run-up to the European election) and they tighten the political control of the courts.

The European election results reflect a rumbling sense of discontent but did not deliver the ground swell of support for populist or ant-EU to upend the centrist status quo. If we look under the surface there is a clear battle going on, but the opposition is split between populists and, the left leaning, Green movement which has allowed the centrist bloc to continue to hold sway. 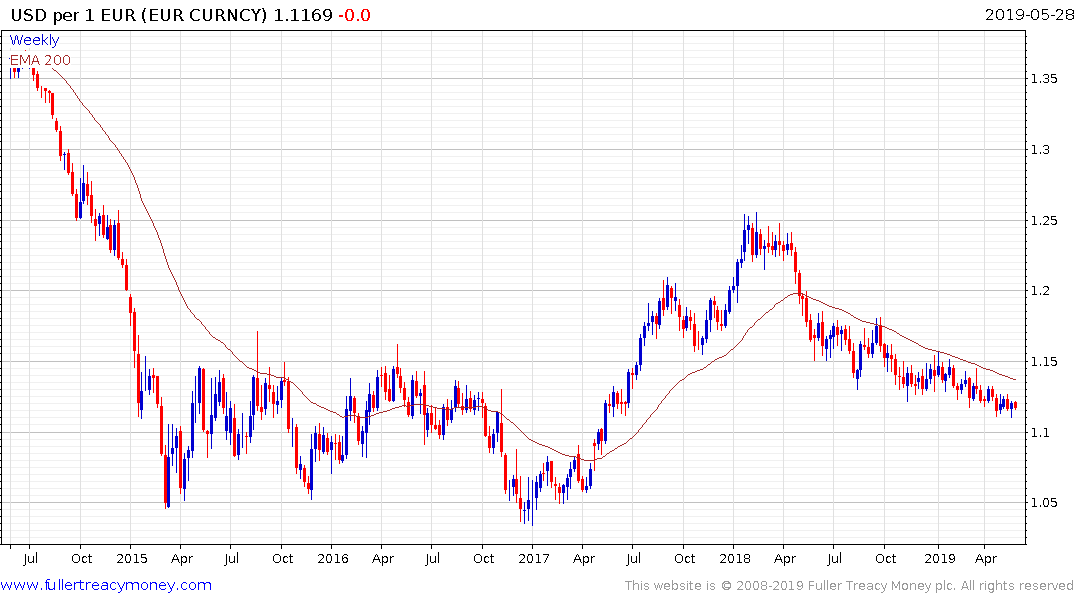 The Euro paused today in the region of $1.12 and will need to sustain a move above $1.1250 to break the sequence of lower rally highs and signal a return to demand dominance.

The two significant outcomes which do have the capacity to sway markets are the success of Salvini’s League in topping the poll in Italy and the resounding success of both the Brexit and Liberal Democrat Parties in beating Labour and the Conservatives into third and fourth position respectively in the UK.

The EU is talking about handing down a €4 billion fine to Italy for breaching fiscal limits which to an outsider is an exercise in the ridiculous and to Italy must leave people questioning why they didn’t breach the limit by a wider margin. Italy spreads over Bunds popped on the upside yesterday and remain the clear bearish outlier above sovereign spreads within the bloc. 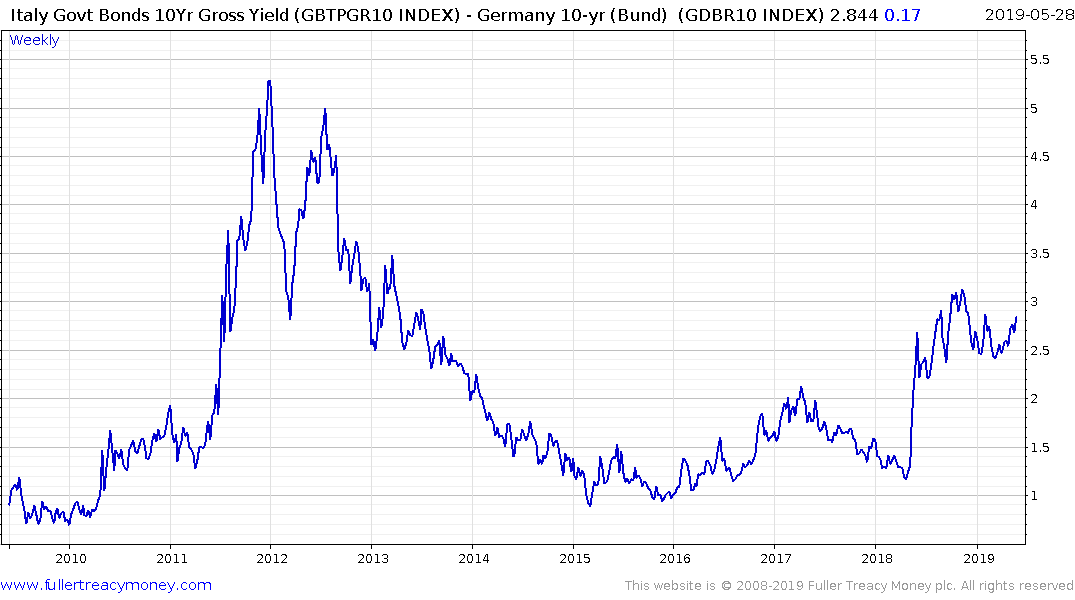 The chart has clear first step above the base characteristics suggesting traders are likely to further explore the Italian bearish argument over the next 12 months.

The UK’s largest parties got a sense of just how disillusioned the electorate are. Voters clearly ascertained they had an opportunity to register a protest during the European election and took it. Those vying for the leadership of the Conservatives are co-opting the Brexit argument while Labour is belatedly supporting another referendum. The result is we are no closer to a resolution and instead a more polarised political environment is evident. 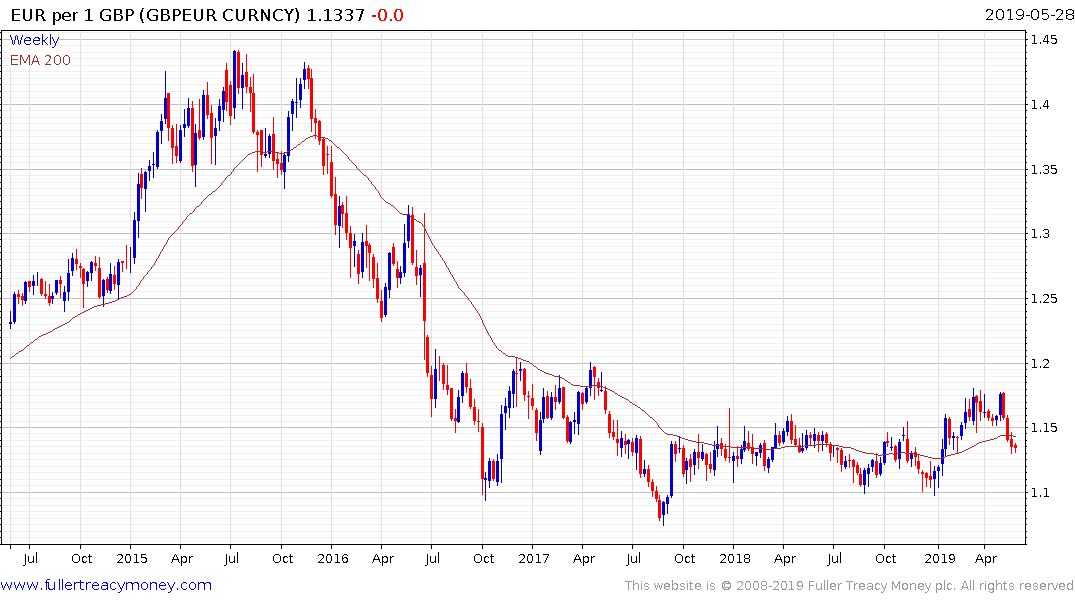 The Pound failed to hold the region of the trend mean against the Euro two weeks ago and, in the absence of a clear upward dynamic, is likely to test the lower side of the range bear €1.10.