Nothing has come from his New Deal rhetoric. He capitulated on the Fiscal Compact, agreeing to a straitjacket that obliges France to cut its public debt every year by a fixed amount for two decades until it is has fallen to 60pc of GDP, regardless of demographics, or the level of private sector deleveraging, or the investment needs of the economy at any given time. It is perma-slump written into EU law.

His presidency has been a horror show of austerity packages, one after another, a vicious cycle of higher taxes that abort recovery each time and become self-reinforcing as the multiplier does its worst. There has been net fiscal tightening of 3.5pc of GDP over the past two years combined, yet the deficit has refused to close, as critics warned would happen without monetary stimulus from the European Central Bank to offset the squeeze.

The majority of countries go to the polls in the European parliamentary elections on Sunday with results due early next week. The UK’s UKIP has so far made solid gains in local council councils. On the other hand, the Netherland’s PVV Eurosceptic party, which was expected to the top the poll, will have to settle for fourth amid low voter turnout.

These elections are giving people disillusioned with fiscal consolidation imposed by Brussels and Frankfurt a chance to vent. The new makeup of the European Parliament may allow for greater discussion on the administration of the EU. However the council of ministers and European Commission are still where the most important decisions are made. This suggests that the Euro will remain intact but that potential for additional stimulus has increased. 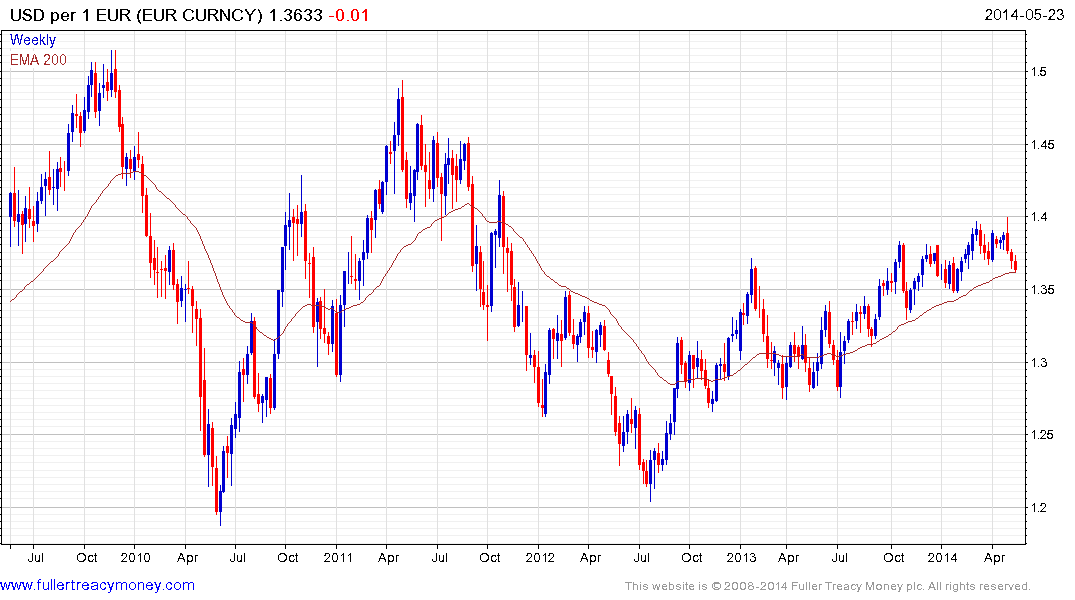 The ECB is widely expected to ease monetary conditions at its June 5th meeting and the Euro has pulled back from the $1.40 area in anticipation of that move. It is now testing the progression of higher reaction lows and the region of the 200-day MA. Considering the fact that the ECB is more likely to engage in additional easing than either the Fed or Bank of England, the potential for $1.40 to represent more than temporary resistance is increasing.

The ratio of the size of the Fed’s balance sheet relative to that of the ECB has contracted sharply over the last 18 months as the Fed’s continued to expand while the ECB unwound its entire LTRO program. This contraction acted as a tailwind for the Euro. The ratio has lost momentum somewhat of late and would help contribute to additional Euro weakness if it turns higher on a sustained basis. 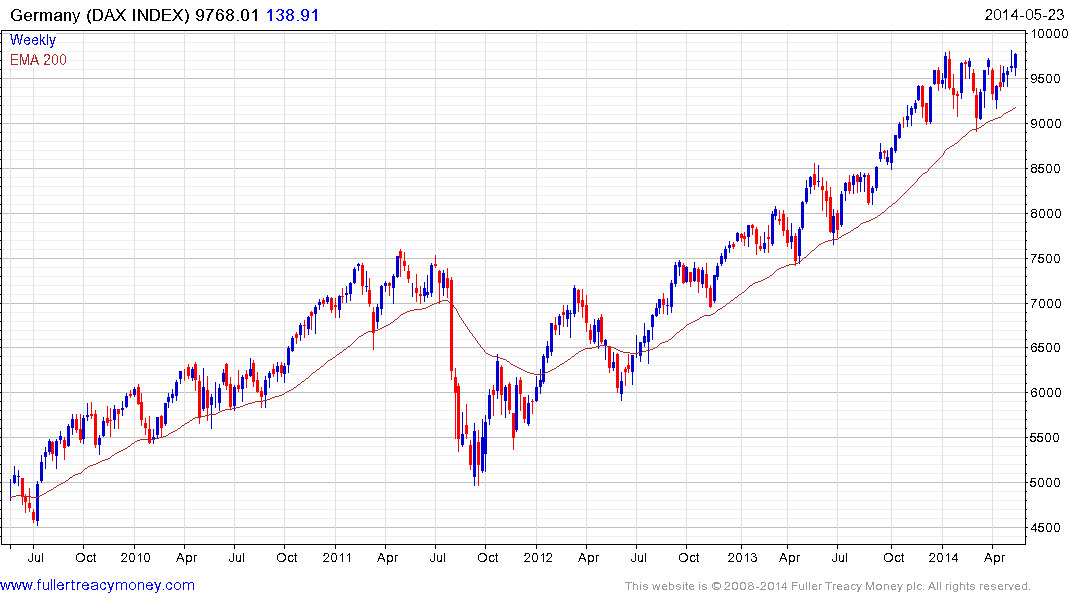 The strength of the Euro had earlier been seen as an obstacle by Europe’s powerful export sector so its recent weakness has contributed to the relative strength of Germany’s DAX. The Index (P/E 18, DY 2.74%) found support in the region of the 200-day MA from March and continues to consolidate below the psychological 10,000. It is currently testing the upper side of its range for the year and a clear downward dynamic would be required to check potential for additional upside. 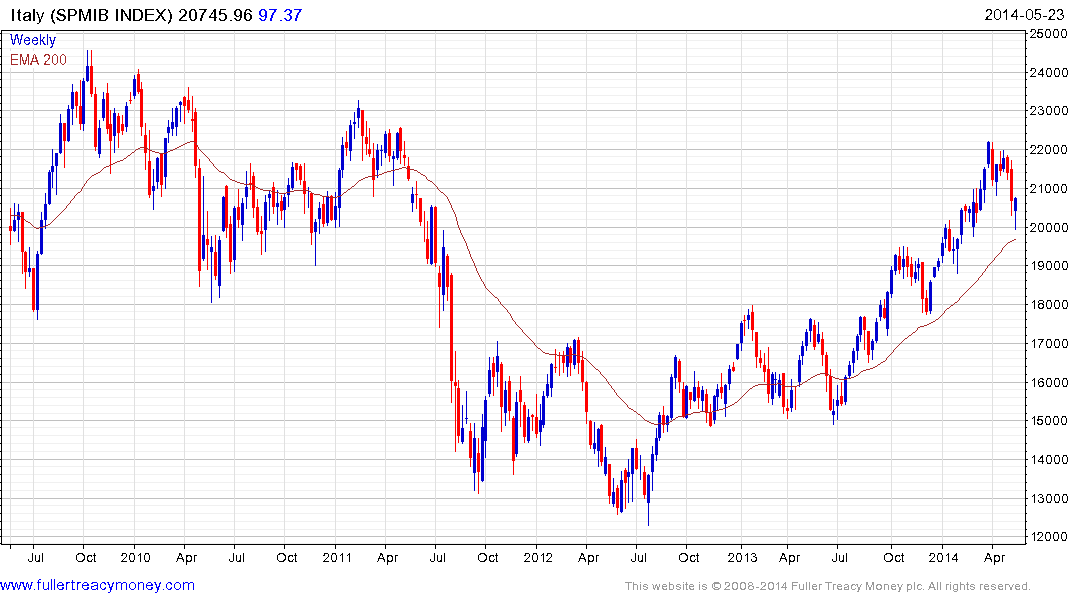 The Italian market had been one of the better performers from January but experienced a sharp reaction at the beginning of the month. It found support this week in the region of the 200-day MA near 20,000 and a sustained move below that level would be required to question medium-term recovery potential.