The 19-nation currency bloc has been stuck in an economic rut for more than a year amid a number of headwinds, and European Central Bank policy makers are already laying the groundwork for fresh monetary support. Economists expect the institution to signal an interest-rate cut this Thursday, and then follow through with action in September.

“With growth slowing, job creation fading and price pressures having fallen markedly compared to earlier in the year, the survey will give added impetus to calls for more aggressive stimulus from the ECB,” Williamson added.

According to IHS Markit, the region’s more domestically focused services sector remained the main driver of expansion in July, though weaker hiring trends are slowing its rate of growth. Germany, the largest economy in the bloc, has been “especially hard hit by the manufacturing and autos-sector downturns”, and may see total output contracting marginally in the third quarter.

The ECB ended its quantitative easing program at the beginning of the year in a vane attempt to try and begin to normalize policy. The bloc’s economy is nowhere near ready for that kind of change and everyone remembers the deflationary effect the last withdrawal of accommodation had. It appears only a matter of time before the ECB engages in additional quantitative easing.

The urgency in the argument for additional stimulus arises from the USA’s fresh batches of monetary and fiscal stimulus. The ECB will need to at least follow suit if it wants to avoid a recovery in the Euro. This graphic from Bloomberg highlights the predictions of some of their economists on the timing of ECB easing. 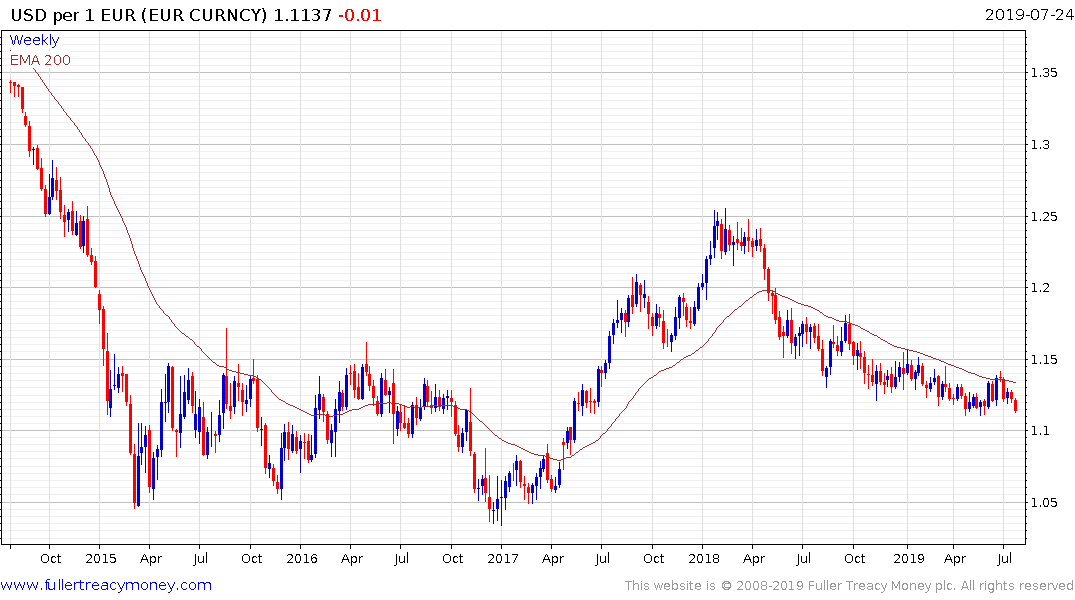 The Euro has been encountering resistance in the region of the trend mean for much of the last 18 months and a sustained move above it will be required to question the consistency of the decline. 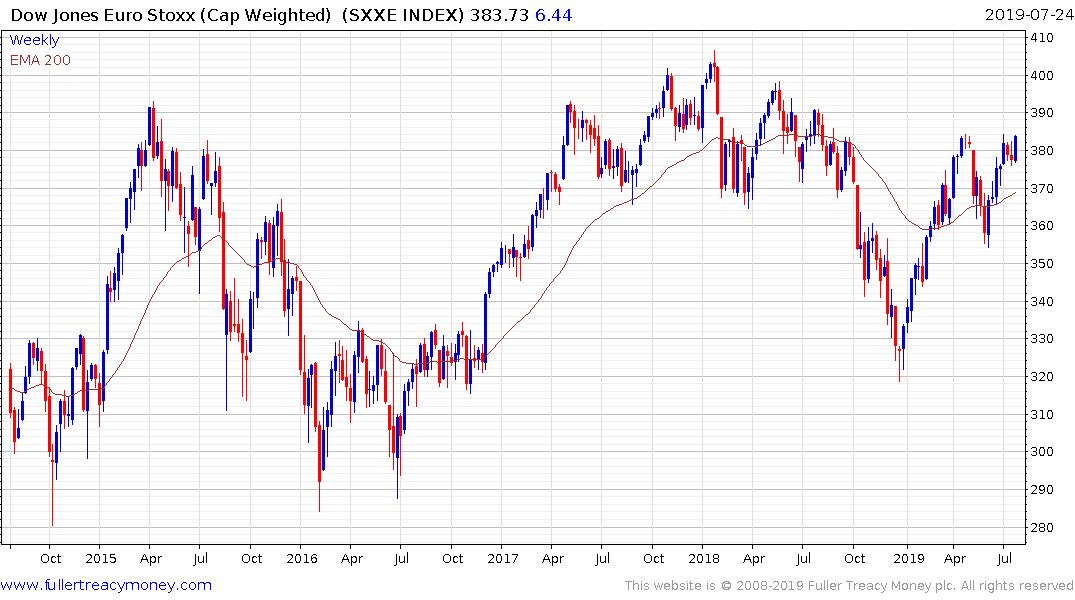 The Euro STOXX Index is back testing its highs for the year and a clear downward dynamic would be required to check potential for additional upside.

These two charts suggest investors are already pricing in additional Eurozone easing. If monetary policy beats most other factors most of the time then the conditions for continued asset price appreciation are becoming progressively more evident.