The European Union announced a blueprint on Tuesday to make one-fifth of the world's microchips, saying it was "open for business" to semiconductor giants from Taiwan and other industry leaders.

The European Chips Act provides at least Euro42 billion (US$48 billion) by 2030 in public and private sector capital behind an ambitious plan to effectively double the bloc's chip production, to 20 per cent of the global supply of semiconductors, the tiny processing units that will power the industries of the future.

Currently, the bloc produces 10 per cent of the world's supply, few of which are considered to be cutting-edge.

The semiconductor sector is cyclical. Demand increases, prices rise and investment in new production is greenlighted. New supply arrives, prices come back down and demand growth levels off.

When the money is spent and the new production comes on line, the stocks will probably roll over. Right now, the spending on new production began last year and will multiply this year. That suggests new supply reaching market over the next 12 months and ramping higher by 2025.

The Philadelphia Semiconductors Index is currently rebounding from the region of the 200-day MA.

Taiwan Semiconductor is steadying in the region of the 200-day MA as well. 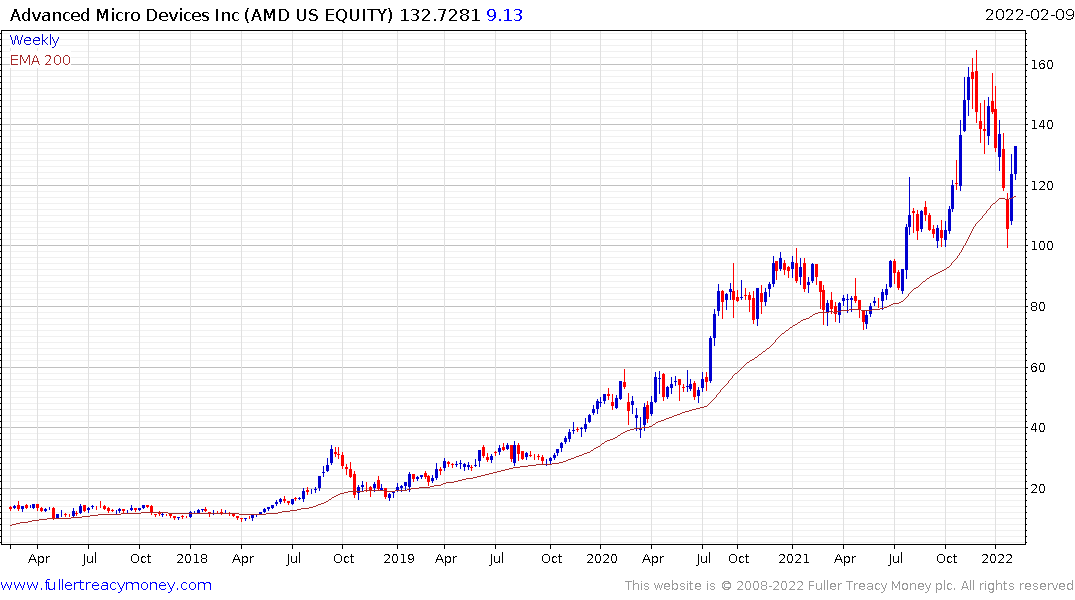 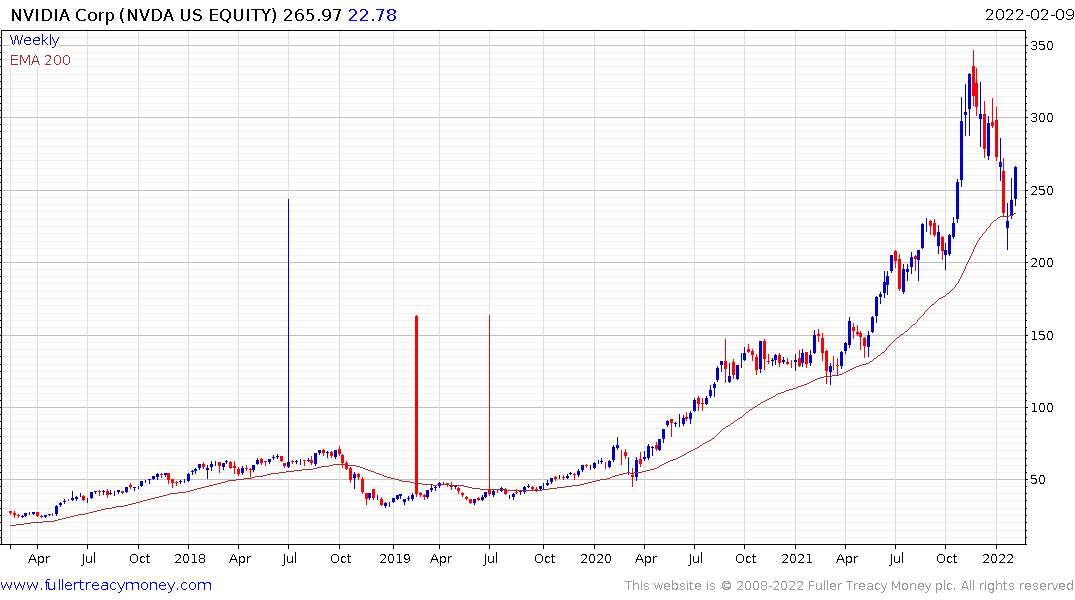 Graphics card manufacturers like AMD and NVidia are taking their cue from bitcoin and are rebounding from deep short-term oversold conditions.