Poland said this week that the provisions are a first step to forcing it to accept EU regulations on gay marriage, abortion, euthanasia and press freedoms. “It’s a means of political, cultural and ultimately economic colonization,” Justice Minister Zbigniew Ziobro said.

German Chancellor Angela Merkel has spoken with EU leaders in recent days, including Orban and Morawiecki. In a sign there’s unlikely to be a quick fix, she described negotiations as “extremely difficult.”

A truly independent press and judiciary are foundations for improving standards of governance and the EU has a point in championing these ideals. Forcing swift social evolution as part of that ambition is a recipe for disagreement. The ECB has the same message for governments as the Fed; issue more bonds so we can buy them. 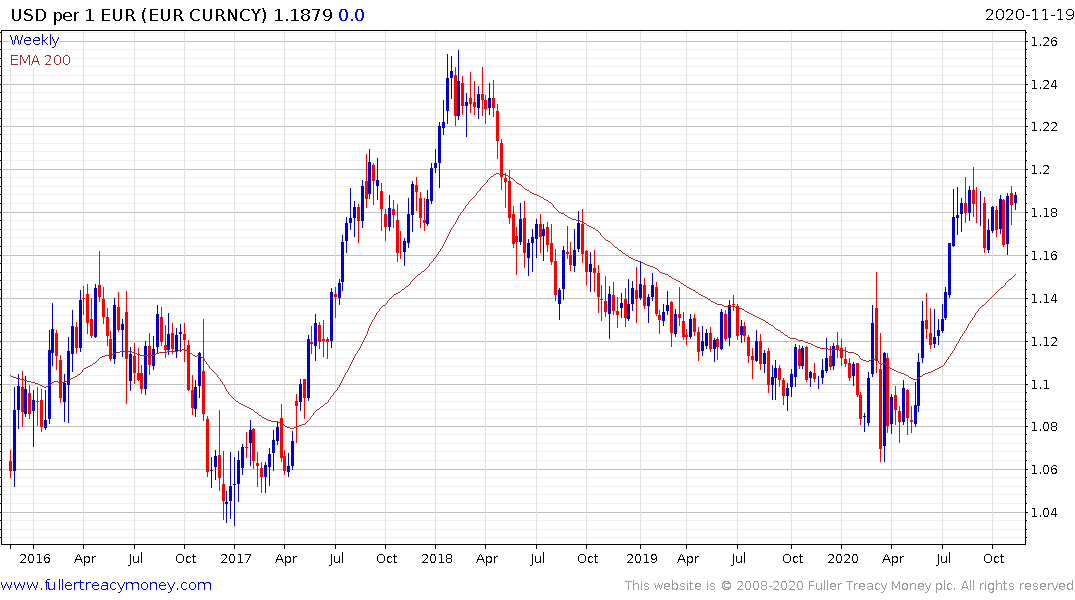 The Euro remains rangebound against the Dollar not least because of the delay in new supply hitting either economy.  The extent to which either or both countries agree to stimulus is likely to be a significant factor in whether the Euro breaks upwards or downwards from this range. The chart action suggests an upward break is more likely but the ECB has actively defended the $1.20 area on more than one occasion so it remains an uncertain outcome. 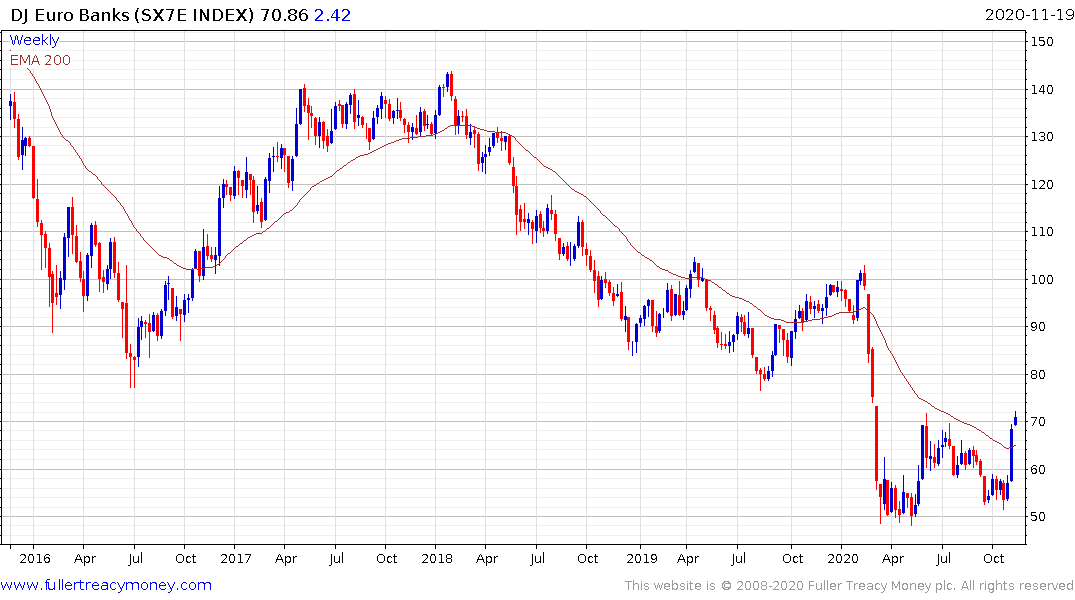 The Euro STOXX Banks Index is rallied impressively last week and is back testing the lower side of the overhead 11-year range. A sustained move above 75 would confirm a failed downside break and return to medium-term demand dominance.