The EU may have a case to seek legal remedies under the Brexit Withdrawal Agreement even before controversial provisions in the U.K. internal-market bill are passed by Parliament, and would have a clear justification once the bill becomes law, according to the bloc’s preliminary analysis of the U.K. legislation.

Johnson is facing a backlash from the EU and from within his own ruling Conservative Party after his government said it is ready to break its commitments to the EU over the Irish border. With negotiations over a trade deal already deadlocked over state aid rules and fishing quotas, the controversy is fueling concern there may be no agreement by the year-end deadline, triggering tariffs between the U.K. and the world’s biggest single market.

“A no-deal is becoming more likely every day,” Manfred Weber, head of the main center-right group in the European Parliament, said Thursday in an interview with Germany’s DLF radio. “We have the feeling that Britain wants a hard Brexit for ideological reasons and as Europeans we need to prepare for the worst.”

There are three treaties or laws that are now in question and the UK looks like it is going to have to break one. The Act of Union created the UK. The Good Friday Agreement settled the Northern Ireland question and the Brexit agreement created a framework for the UK to trade with the EU post Brexit.

If the border is between Northern Ireland and the Republic of Ireland, the Good Friday Agreement will be reneged upon because the EU will insist on customs checks. If the border is down the middle of the Irish Sea, the Act of Union will be in question because it would effectively shave Northern Ireland away from the union by creating a customs divergence. If the Brexit agreement is walked back on the challenge will be to create a working framework for trade with the EU.

The only way to abide by all three agreements would be to fully submit to the EU’s authority to set rules. That is not something Johnson can agree to. The unity of the country has to be protected so the Act of Union must be defended. That points towards a hard Brexit. Relations with the EU would then be reset and negotiations on new rules and customs norms could take place. That’s likely to represent a major upset for British businesses in the short term. 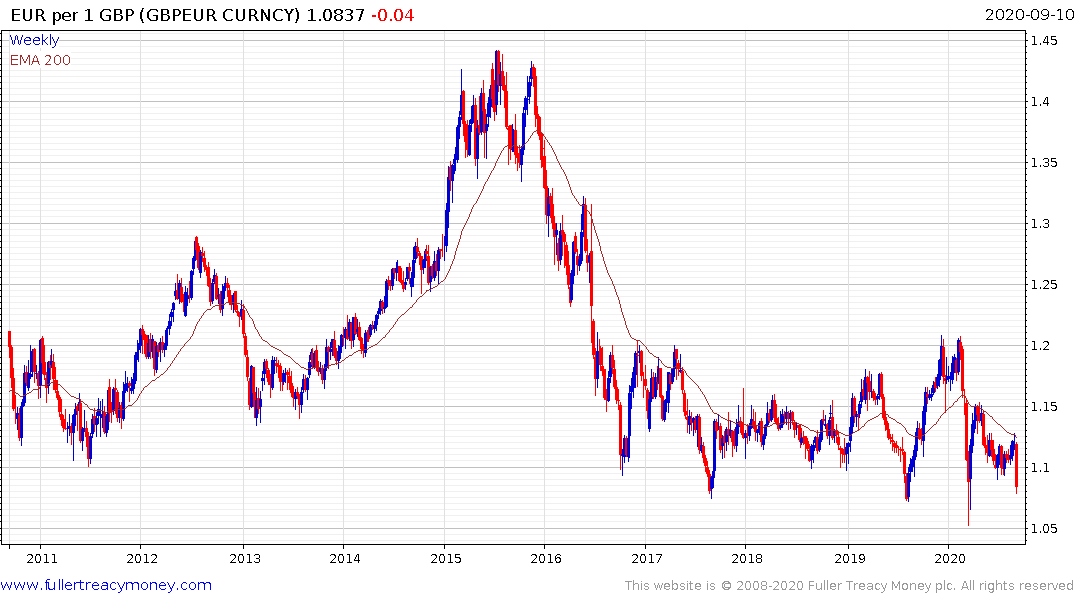 The Pound broke below €1.10 today. Every other time it has dropped this low since the Brexit vote, it has rebounded shortly afterwards. A clear easing of tensions and willingness to bend on both sides will be required to stem the decline. 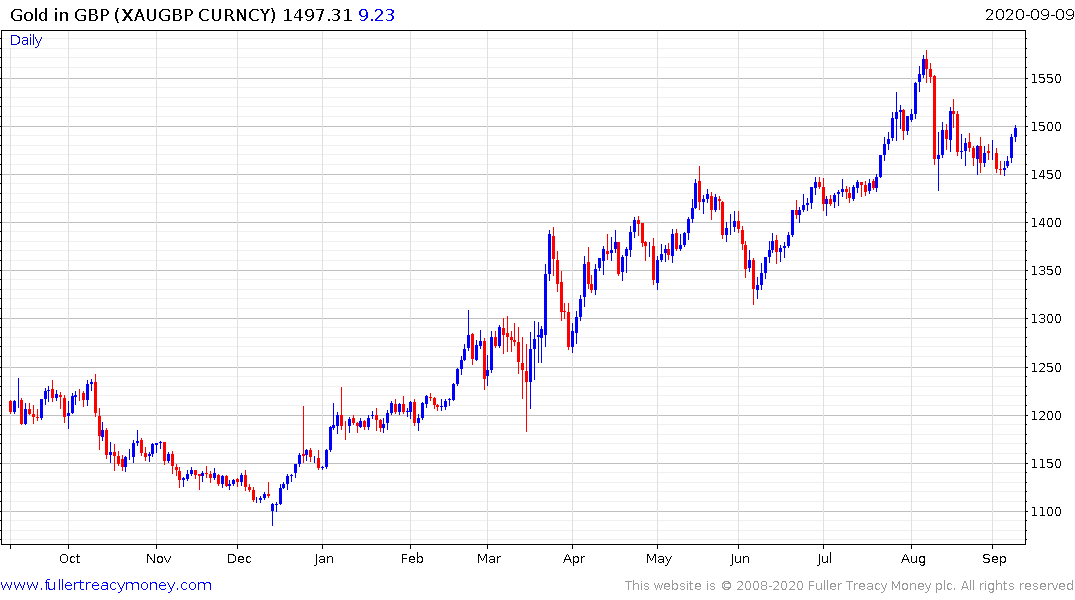 The price of gold in Pounds popped on the upside today to confirm near-term support in the region of £1450. 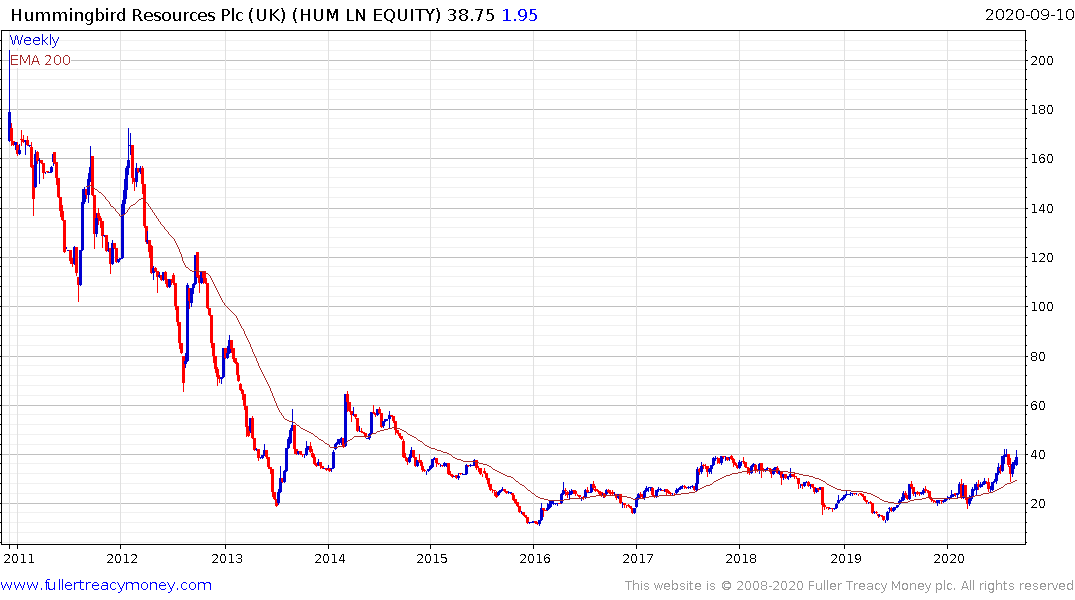 Hummingbird Resources signed an earn out agreement to almost double is production and diversify its exposure to Mali over the last couple of weeks. The share is rallied towards the upper side of a five-year base and a sustained move below the trend mean would be required to question medium-term scope for continued upside.