India and Africa are the only regions in the world with less than 100% mobile phone penetration. The rollout of 4G in India two years ago is a major evolution for the economy but also represents a major opportunity for international companies seeking a direct route to the nation’s consumers. 4G is the gateway to mobile banking, internet access, online shopping, education and entertainment. 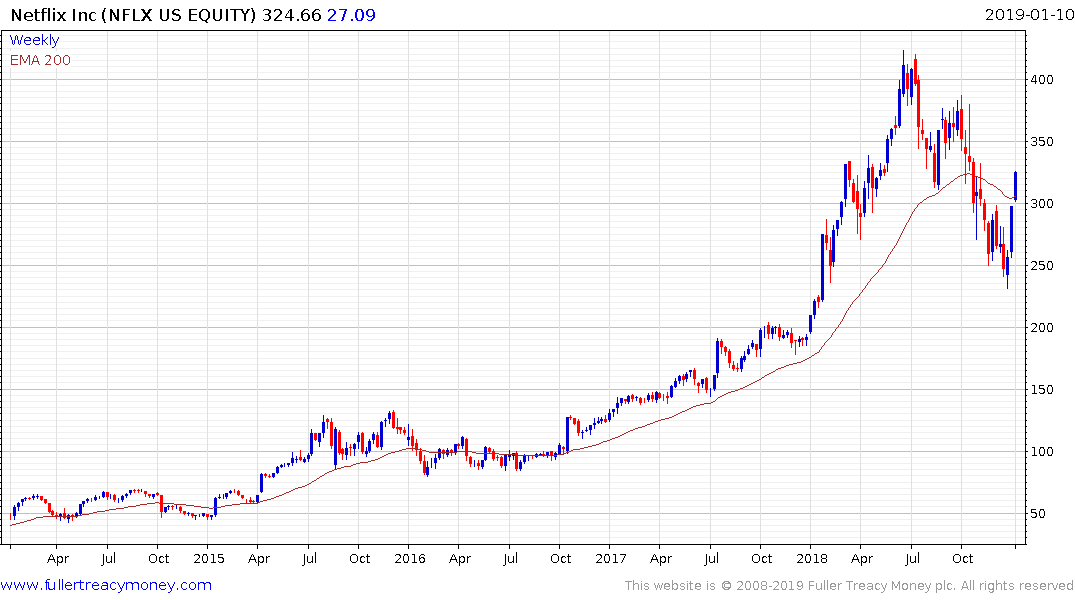 Netflix’s needs to crack the Indian market if it is to meet its revenue objectives and is already developing dedicated programming and cutting prices to appeal to Indians. The share has rebounded over the last few weeks and is now trading back above the trend mean. However, considering the extent of the decline some support building is likely required before a move to substantially higher levels can be sustained.