By becoming the borrower through its issuance of €750 billion of debt, the EC sets a new precedent while becoming a major new force in the sovereign debt markets. It is also expected to demonstrate maximum flexibility in managing its debt to achieve the most favorable terms for the member states. The bonds are expected to be repaid through the EU budget through the end of 2058. New tax revenues have been proposed, such as a plastic levy, a digital tax, and a review of the EU Emissions Trading System.

The recovery plan marks a significant moment in which EU Leaders recognized the need to create a new structure for raising funds under the auspices of the EC and funded by the EU budget. This structure has a strong likelihood of becoming a permanent funding mechanism at the EU level for emergency programs and other funding needs for the fiscally weak member states. They have also acted swiftly to stem the risks to the eurozone’s stability from alarmingly high fiscal deficits, and to front-load the raising of funds in order to plug the enormous fiscal gaps into the future. They have recognized the need to move away from the failed austerity approach of the past and to adopt a pro-growth policy through grants and loans on attractive terms with light conditionality – a major departure from the past.

The recovery plan could well become a permanent feature for the EU, serving to underpin the debt issued by the periphery member states. This has enormous significance for the EU banking industry, which has become reliant on the ECB’s QE programs for its stability and capital adequacy. If the fear of default is truly removed for any eurozone sovereign debt, without assuming intervention by the ECB, there could be broader implications for financial system integration within Europe, with cross-border mergers and acquisitions within the EU finally taking place. This is sorely needed to drive greater scale in a banking system that has poor profitability compared to that of the US.

The recovery fund may not be quite as far-reaching as Alexander Hamilton’s re-ordering of the financial system in the newly born United States. However, the progress made by EU leaders this summer points to a measured yet pivotal step toward very similar ends.

Europe has just created Federal bonds which will be repaid from the bloc’s budget. New taxes are being proposed to increase the size of the budget and there are aspirations for the system to become permanent.

The European Union has had common regulatory oversight on a large number of sectors for some time. The creation of the single currency and ECB marked the beginning of federal monetary policy. We are now seeing the beginning of federal fiscal policy. The EU is moving in slow motion towards a full-scale federal solution. National parliaments will find they have less and less to do. The final stage will be the creation of federal social security and pan European banking solutions. 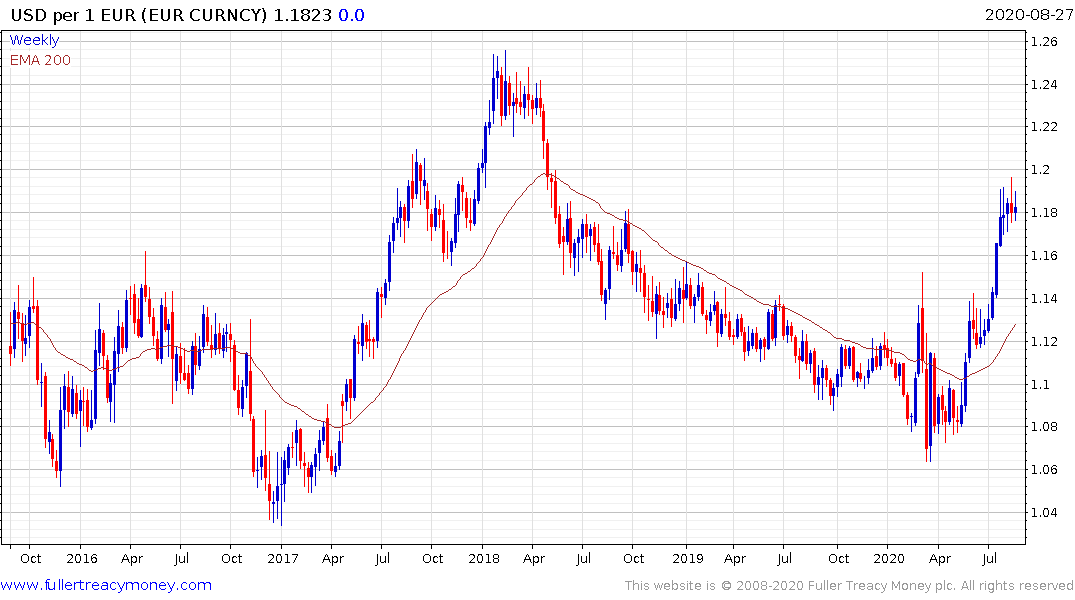 From an investment perspective there is glacial pace of cohesion that tends to move in fits and starts. The Euro has rallied significantly over the last few months and not least as the USA has been much more aggressive in printing money. 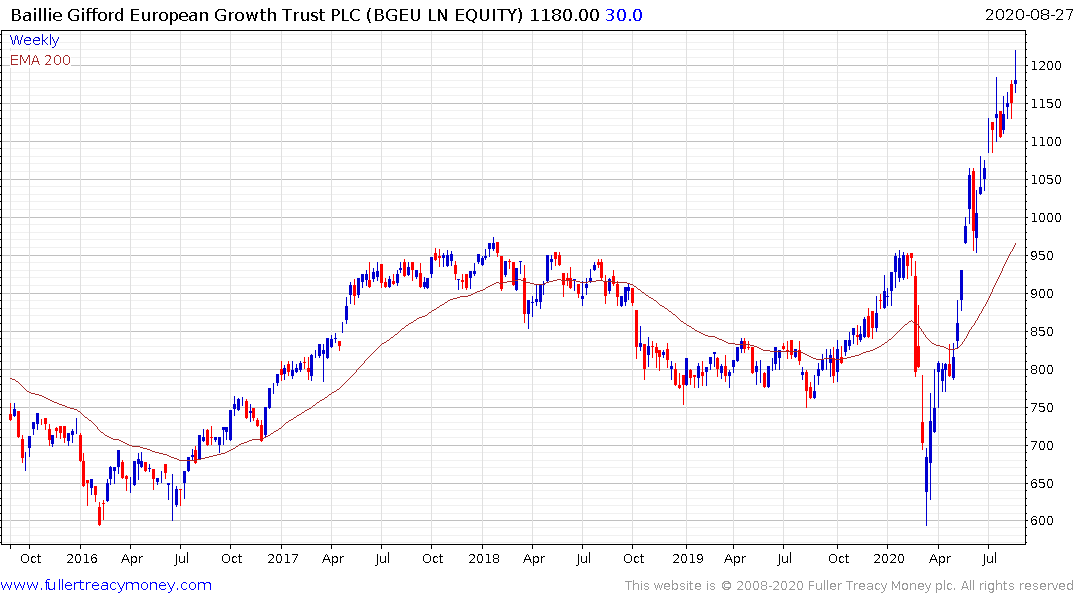 The Baillie Gifford Europe Growth Investment Trust is trading at a discount of 3%. It is somewhat overbought in the short-term so some consolidation is likely. 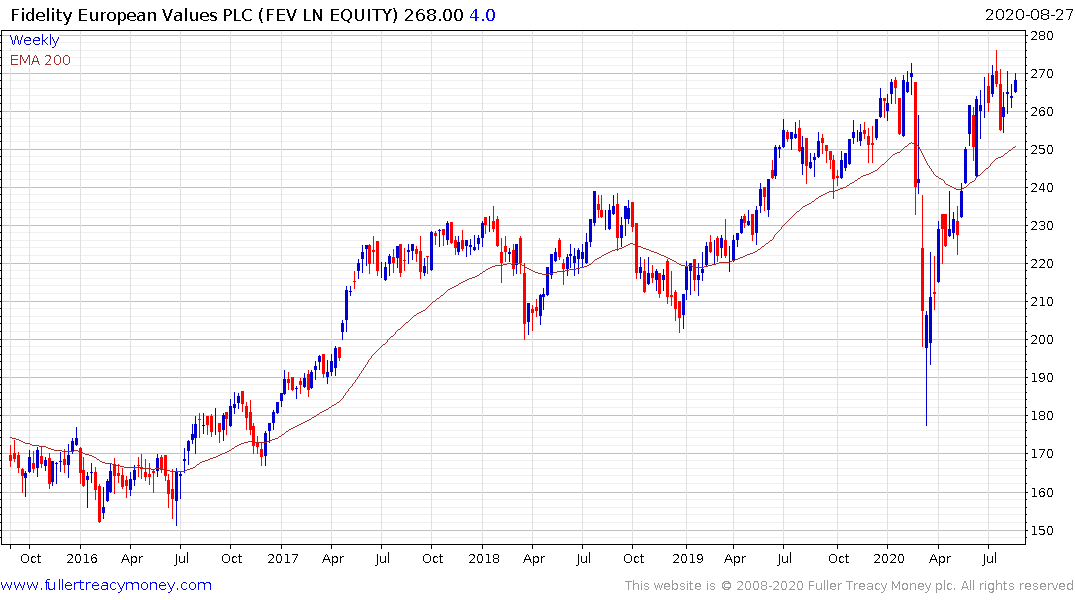 The Fidelity European Values Investment Trust trades at a discount of 7.2% and is comprised of Europe’s big Autonomies. The price is firming in the region of the February highs.