The selloff underscores the perils that funds face when they pile into the same stocks. Equity funds suffered after the top 10 stocks they’re most “crowded” in underperformed the S&P 500 Index by almost 3 percent on Oct. 29, the worst day since 2010, Morgan Stanley said. In addition, the top 10 stocks that funds bet against outperformed the index by more than 1 percent.

Never mistake a bull market for brains is one of the most important pieces of advice anyone can receive when momentum strategies in all their forms are the most fashionable investment vehicles. If all algorithms are taught to do is remember the trend is your friend then automatic sell signals go in at the first failure of the price at the moving average. Meanwhile indices are generally market cap weighted so that ETF passive investing is essentially a momentum strategy biased towards mega-caps. Nevertheless, a crisis has to be seen to be getting worse in order to continue have a deleterious effect on markets and there is increasing evidence of volatility abating. 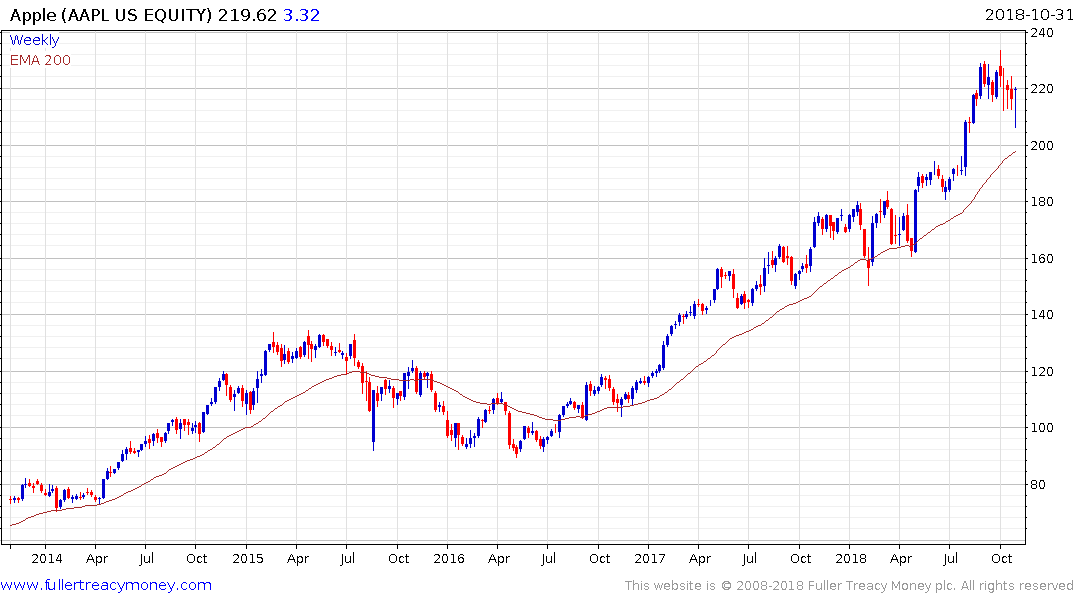 Apple has been inert during this sell-off which means its weighting has increased in indices and with earnings due tomorrow, the share is rebounding. 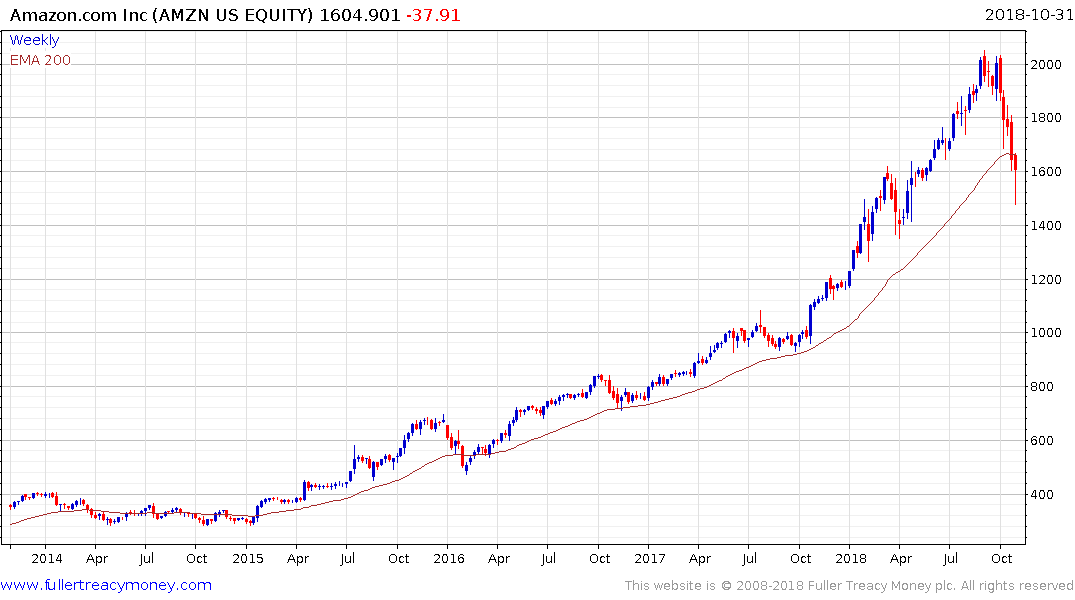 Amazon has been one of the biggest decliners but is now at least steadying from the psychological $1500 level. 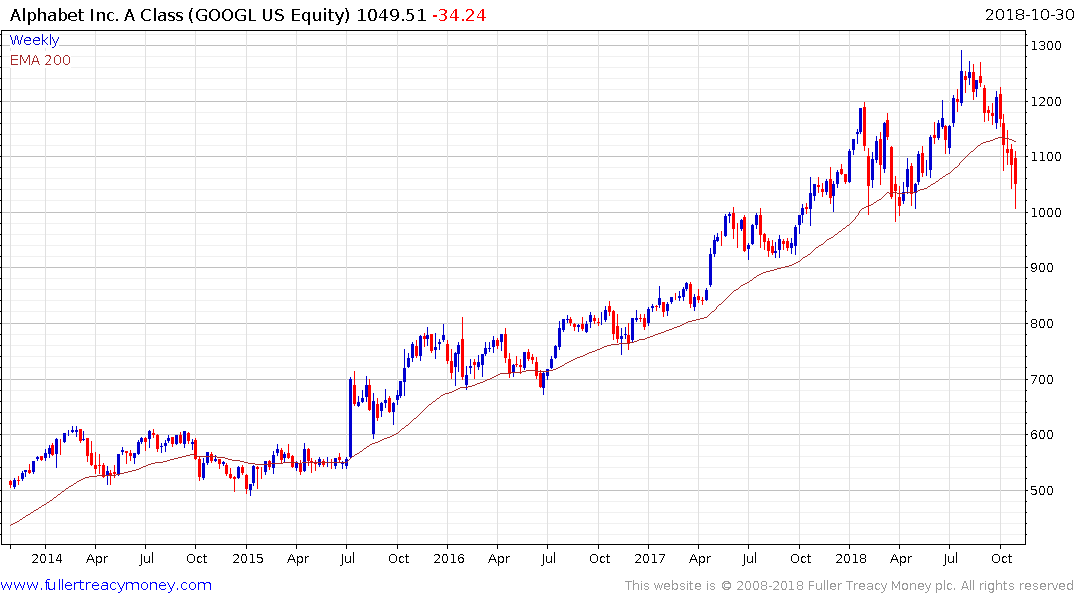 Alphabet bounced this week from the region of the psychological $1000 level. This trend is nowhere near as consistent as it used to be and $1000 is an important level that needs to hold if potential for continued upside is to be given the benefit of the doubt. 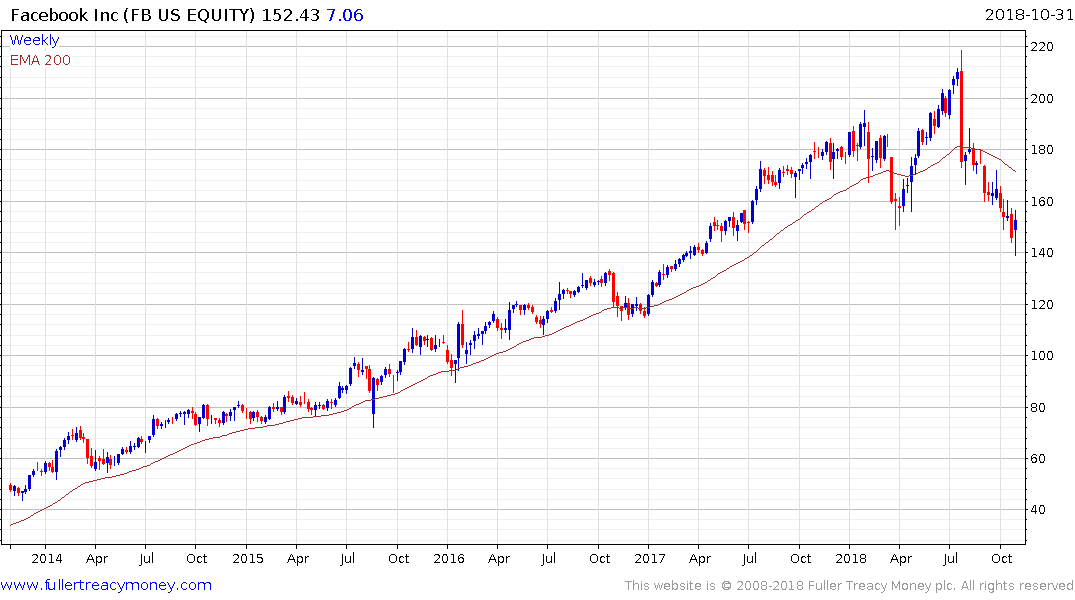 Facebook is bouncing following yesterday’s earnings announcement but it needs to sustain a move above the $160 area to break the sequence of lower highs evident since the July rerating. 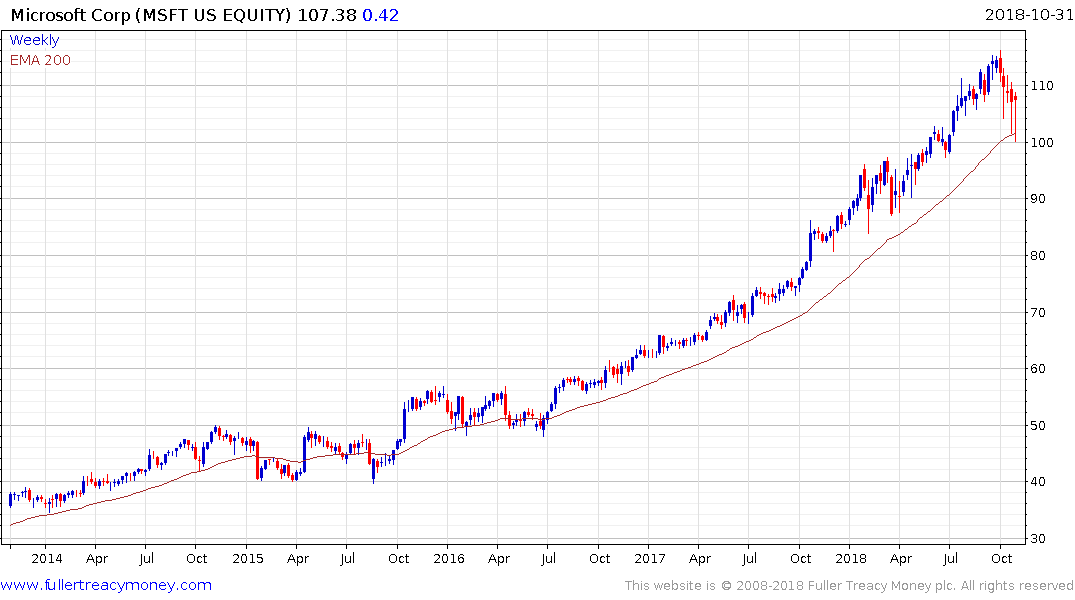 Microsoft bounced emphatically from the region of the trend mean this week and is now pressuring the sequence of lower rally highs evidence since early in October. 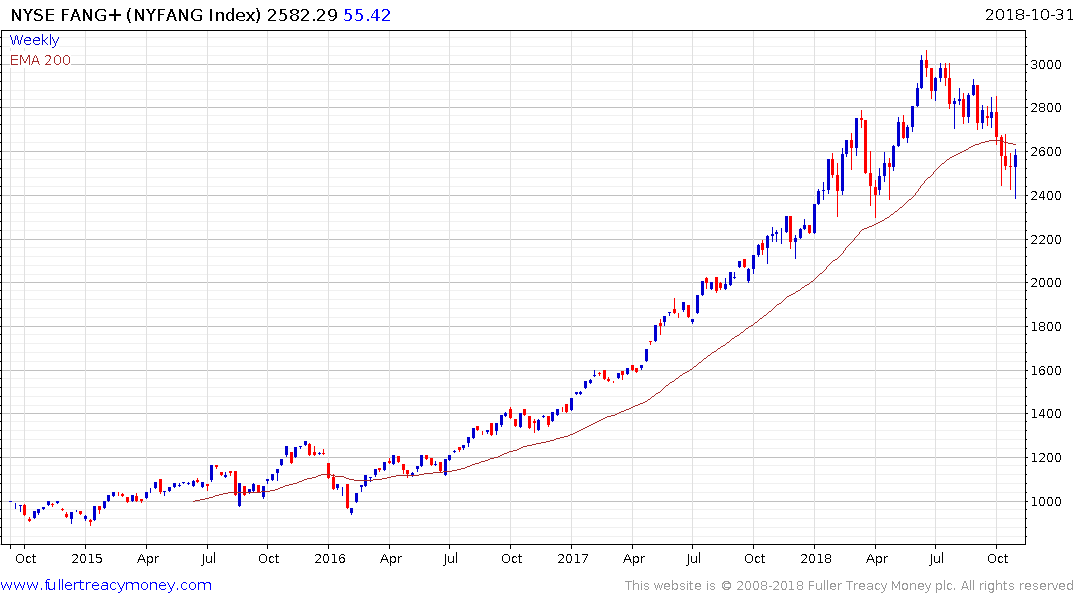 The NYSE FANG+ Index dropped below the trend mean earlier this month and has been led lower by China’s tech sector. It is currently working on an upside weekly key reversal and upside follow through next week would confirm a low of at least near-term significance.