So the federal reserve by cutting interest rates to zero, pulling the 10-year treasury yield down to 0.5%, 0.6%, 0.7% that really boosts the value of a dollar's worth of earnings, and it allows PE ratios to be a lot higher. Now you can get to a place where the market is overvalued. People have worried for a very long time about quantitative easing, and they've called the market a sugar high, as a result of that, I've never, for the last 10 years, I did not buy into that because if you did that model, you take earnings and then discount them with the ten-year treasury, and then compare what you find to all of history. We kept seeing a market that was actually undervalued. it, it wasn't fully pricing in that low interest rate.

It wasn't ahead of itself on earnings. And that's still true today. my view is that the market as a whole, and I'm really talking about the U.S., but I bet this is the case, around the world, is not over-valued today. How could the market be at a record high with the economy hurting this bad, but it doesn't appear to me that we are overvalued today.

Partly because interest rates are as low as they are, but even if we use a higher interest rate, the market's still undervalued because profits just didn't get hit as hard as a lot of people feared early on. In fact, if you go back to the bottom. Of the market in March, April is really when we bottomed, the U S market was predicting an 80% decline in corporate profits. That's what we determined, back using that model, but then going backwards. and figuring out what the market was expecting, and that was way over done. They're going to end up falling maybe 20%, probably a little less than that this year, so the market was way oversold, in April, and that's one of the reasons why it bounced back so hard.

The only way that value stocks will return to outperformance is if interest rates rise. Therefore, the biggest consideration in the market today is when will inflation pick up? If the answer is never, then growth will continue to outperform. However, if the answer is soon, then growth sectors look pricey following massive advances over the last five months.

Many phase III vaccine candidates will have results in October and November. It is very likely that at least some will be positive. The underperformance of the leading vaccine candidates suggests investors have concluded the market is likely to be very crowded.  The best of the returns have probably already been seen.

I agree with Brian Wesbury in that the biggest obstacle to economic recovery is fear. The 2019/20 seasonal flu vaccine was 50% effective but no one is talking about that. The demand for high probability vaccines is much more about fear than effectively containing the spread.

Consumer activity has already improved. People are congregating in numbers everywhere I go, regardless of the rules. It is very likely that vaccines will be permissioned just so governments have a rationale for walk back lockdowns. That will allow businesses and schools to open. 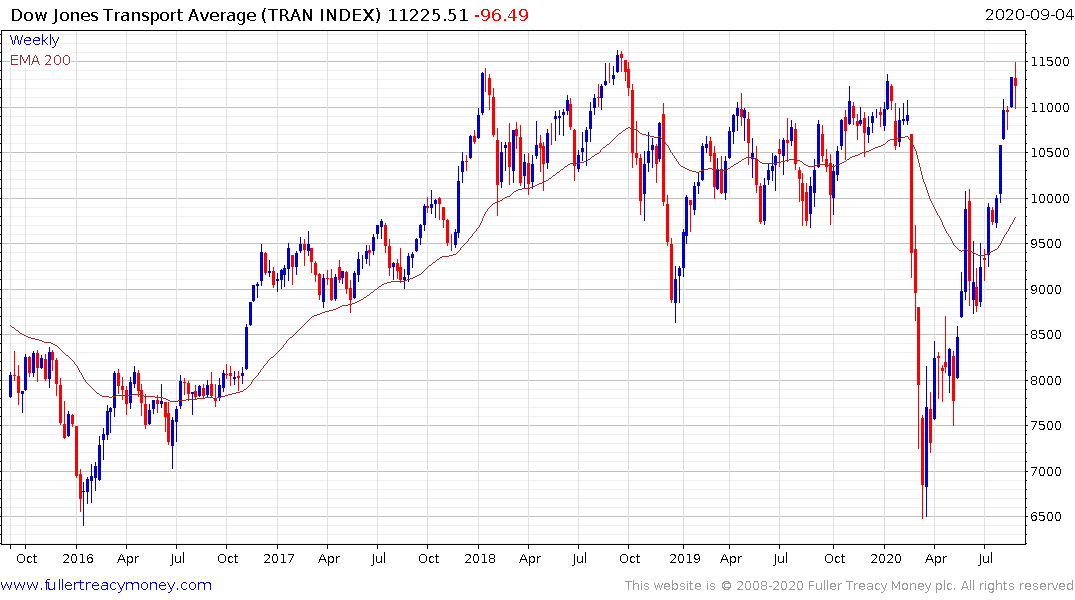 The Dow Transportation Index is firming in the region of the previous peaks. Significant numbers of the constituents are still way below their peaks and continue to have catch-up potential. The clear conclusion is a rotation is underway which favours recovery candidates over the stay at home success stories 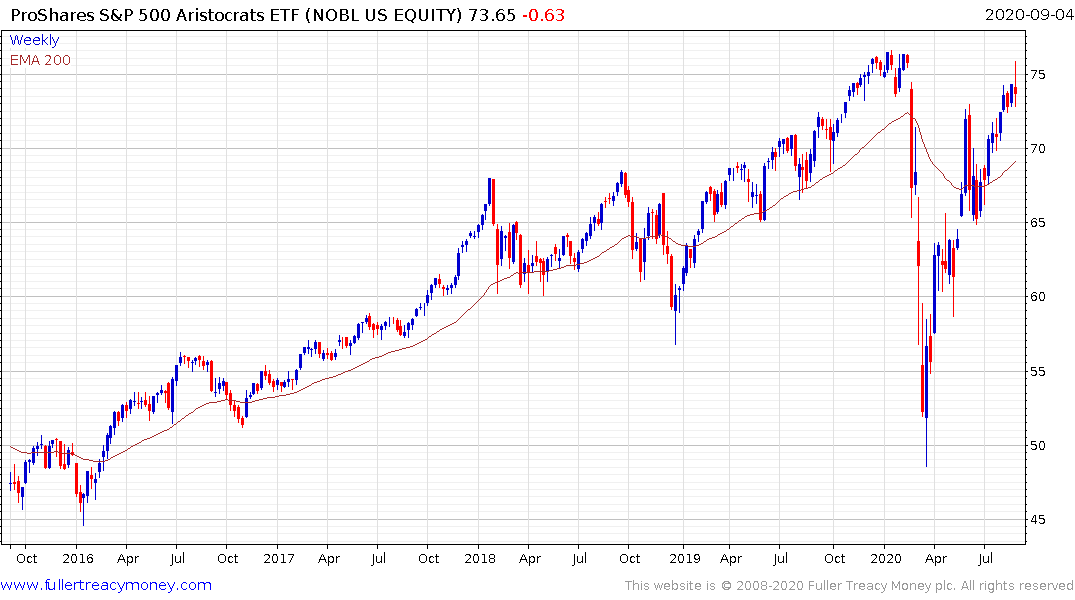 The ProShares S&P500 Dividend Aristocrats ETF (NOBL) remains on a recovery trajectory as it pauses in the region of the all-time peak.

Given the potential for economies to bounce back there is clear potential for inflationary pressures to mount in 2021. It is also worth remembering that the 3rd year of the Presidential cycle is the best, the 4th is reasonably good but the 1st year (2021) is the worst of the four. That suggests we need to be prepared for volatility and significant rotation next year. 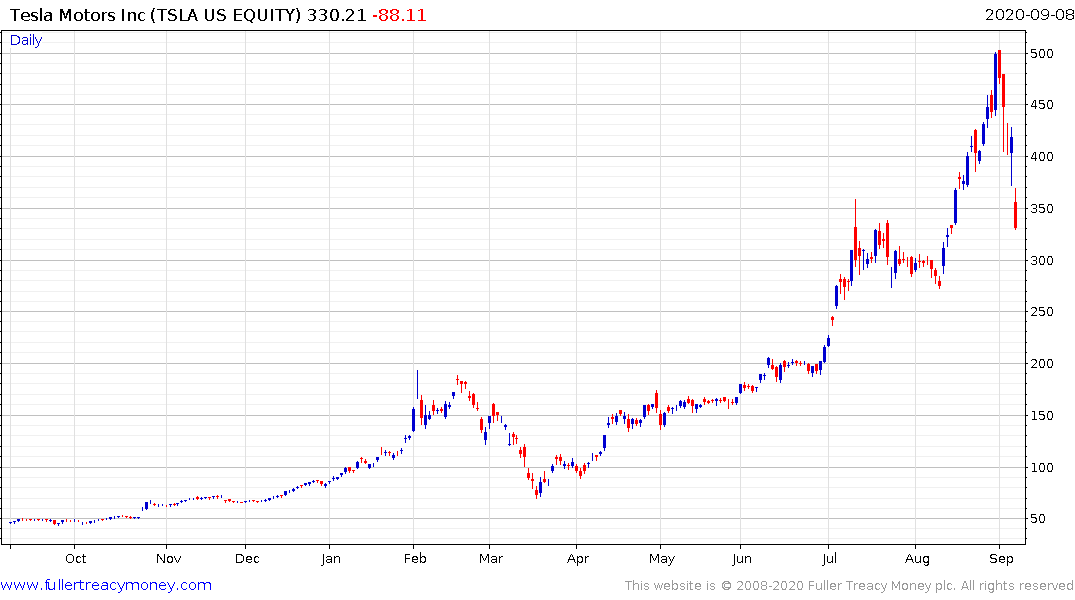 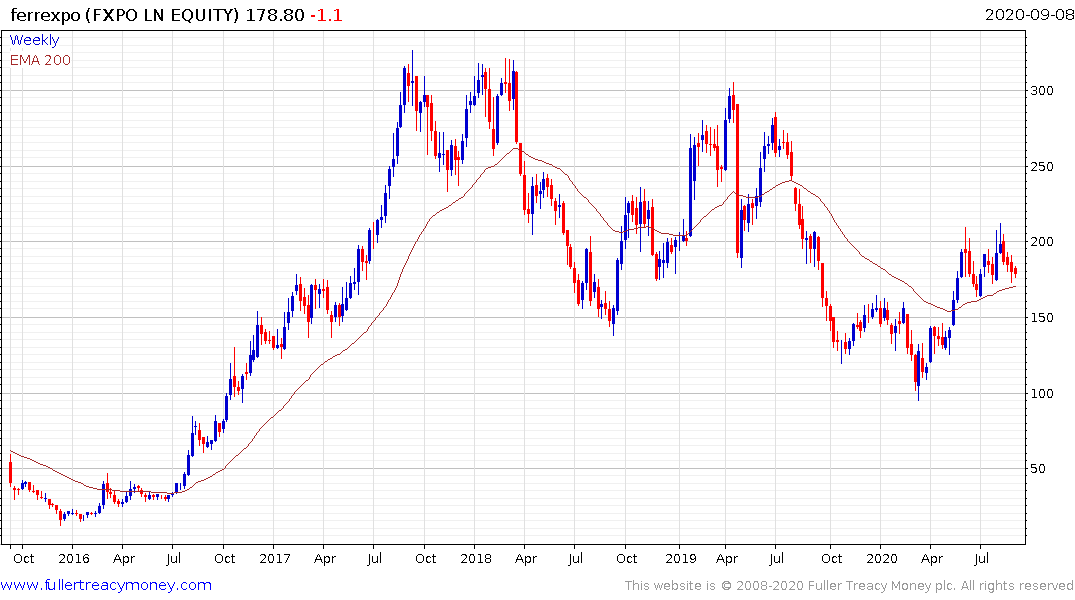