After Greensill and Archegos, where next? The GCC of 2008 cleaned up the banks and the Tech Bust of 2000 cleaned up non-earning tech. Leverage always lies hidden somewhere, and rising interest rates usually make the best assassins. But where's the leverage this time? Tech + Leveraged Product Roll Out? Can we put together a list of leveraged companies and sectors that will make the headlines in 2021 and 2022 as 10-year yields breach 2% and beyond? Keep up the excellent work.

Thank you for your kind words and this question which may be of interest to other subscribers. The Global Credit Crisis decapitated the banking sector and many of the tech champions of the 1990s disappeared. Both crashes exposed massive leverage and egregious abuses. The first challenge is to identify the sectors where leverage is concentrated and then what are the potential catalysts to unwind those positions.

The rush of interest in listing via SPACs is an obvious area to begin searching. Many private companies eschewed listing for years because they had no need to seek funds in the public markets. They are now eager to list because their backers want to exit while there is still time. Softbank’s wake-up call with WeWork was the catalyst for much greater interest in IPOs.

Less than half of the constituents of the Renaissance IPO ETF have a price/sales ratio. The average for those that do is 44. Even if we remove the largest and average the rest the value is 22. Airbnb has a market cap twice that of Marriott. 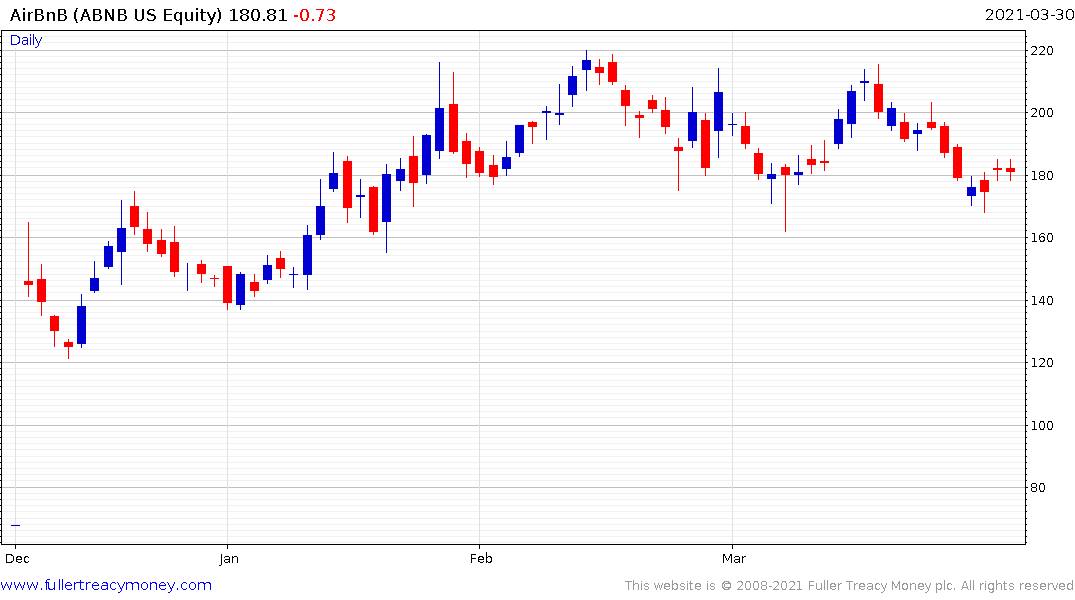 I’ve used the company many times but the variability in results does not justify the price in my opinion. Additionally, the lack of affordable housing makes the company’s short-term rental model a primary target for aspiring regulators. Perhaps a more direct comparison would be Booking.com which is the company’s primary competitor and has a similar market cap. Booking has outperformed since February. Airbnb is exactly the kind of company that is dependent on low funding costs persisting indefinitely.

While these are obvious risks, the other side of the argument is that there is unlikely to be refinancing pressure for at least next few years. Any company who wanted to raise funds did so last year.

The bigger challenge which is extremely difficult to quantify is how exposed pension funds are to private markets. With the rush to prove their green credentials, lock in potential for future cash flows, and to find uncorrelated assets, pensions have loaded up on “alternatives”. 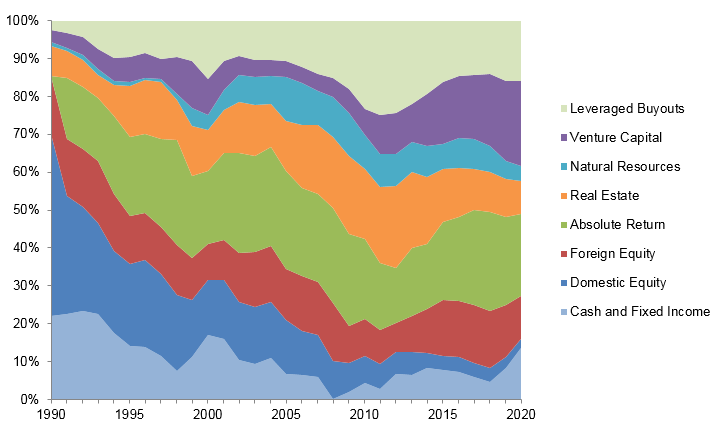 The success Yale University’s endowment managers have had with early investments in alternatives has inspired the entire sector to chase returns in private assets in everything from timber to tech start-ups. 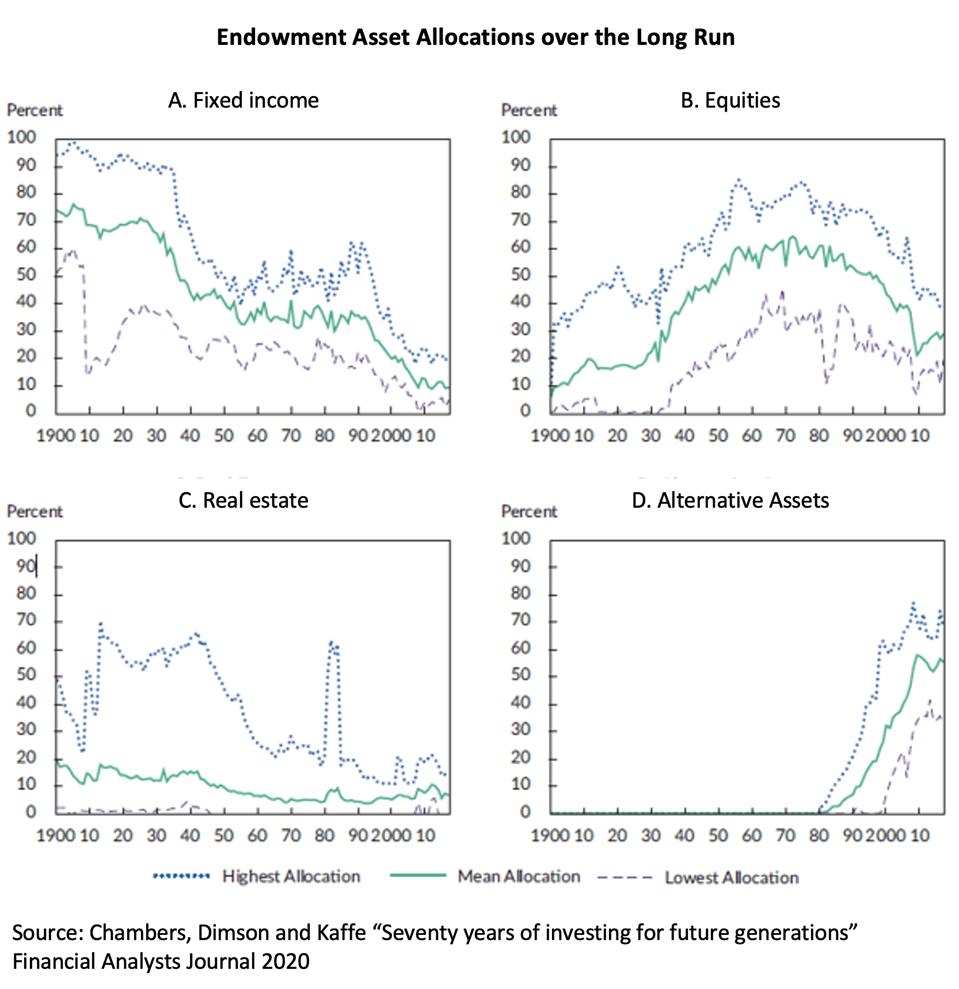 If yields are in fact going to persist in trending higher on a secular basis, that suite of strategies will come under significant duress until valuations come back down.

The one thing that occurs to me is that investors are increasingly positioning for the “inevitability” of 2%+ yields. We are already seeing sources of stress evolve. It’s logical to ask how much longer bond yields will expand as the Dollar rallies and the rate becomes internationally competitive. Treasury futures have lost downward momentum and there is clear scope for a reversionary rally even if the medium to long-term outlook is for much higher yields.