Can you please help me understand the attached article that says prices are not related to the velocity of money.  It even includes a Fed chart (page 5) to support its case.

Thank you for this question which is very relevant to the current market environment and may be of interest to the Collective. Here is a section from the article:

GDP can be thought of as Prices * Transactions or (P * T).

Velocity of Money is reported in arrears with a quarterly lag so whatever data we look at is six months out of date. I agree velocity of money does not itself lead to higher inflation. However rather than think about how velocity of money can rise or fall in the abstract let’s think about what it has been trending lower since 1997. 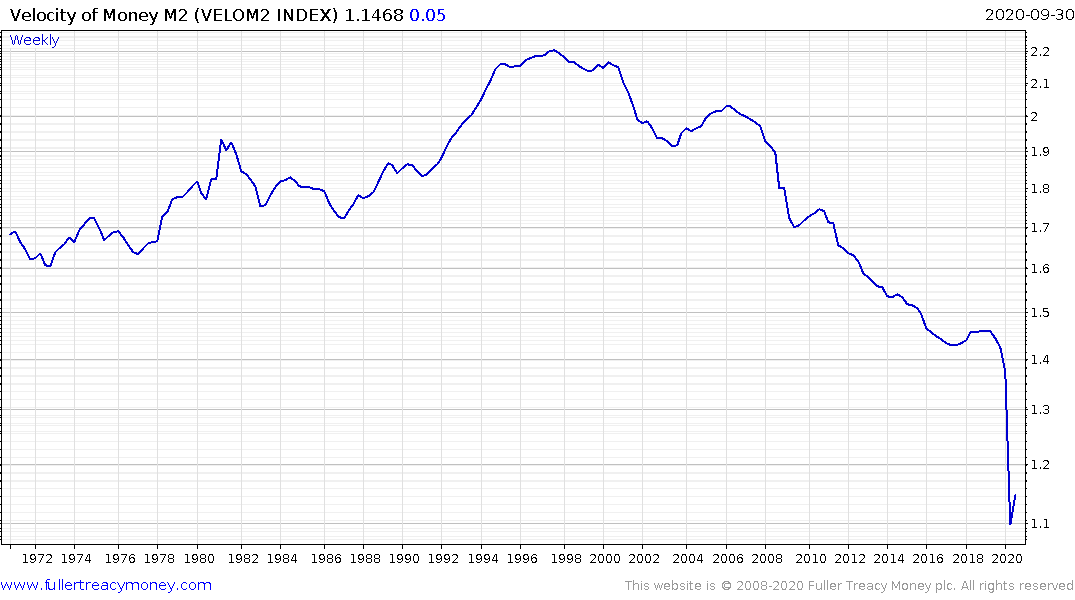 Prices for goods and basic services have declined over the last twenty years even as the cost of high-end services like health, education and insurance has increased considerably. The volatility of food and energy mean central banks ignore them. However, it is also worth thinking about this as high-end services holding pricing power as the purchasing power of the currency has declined considerably over the same period.

The Fed’s response to factors that contribute to lower numbers of transactions and prices is to increase the supply of money in the system. Central banking 101 is to ensure there is enough money in the system to foster growth. When transactions fall, there is a cause and effect relationship with the supply of money. By multiplying the two data sets we have historically seen an almost straight line from lower left to top right.

The economic hiatus earlier this year resulted in the number of transactions cratering which required a massive money response. This was much larger than during the credit crisis because the effect on the everyday economy was so much larger.

Let’s think about what the monetary situation will look like in mid-2021. Vaccines from a handful of companies will have been rolled out. The most at-risk people will have been inoculated and life will be getting back to normal. Even with the migration to the cloud which has taken place this year, there is still a real-world economy that will lead to increased transactions. On top of that, there is a great deal of pent up demand for social experiences like sports, theatres, concerts and vacations that people will rush back to. There is the real potential that the number of transactions will surprise on the upside.

Prices are likely to at least stay steady but have the potential to rise too. The two primary arguments for price pressures are renewed geopolitical tension and the decline of the Dollar versus the Renminbi.

The counter argument is the economy is not going to bounce back, that the number of business defaults and evictions will rise and the economic recovery will falter. The rise of autonomous vehicles will be even more deflationary and will further reduce the number of transactions.

The mere threat of mass defaults is enough to ensure additional monetary stimulus while the promise of autonomy remains in the future. Meanwhile, the commonality of government bond yields, everywhere, suggests investors are wary of fully discounting the threat from inflation. 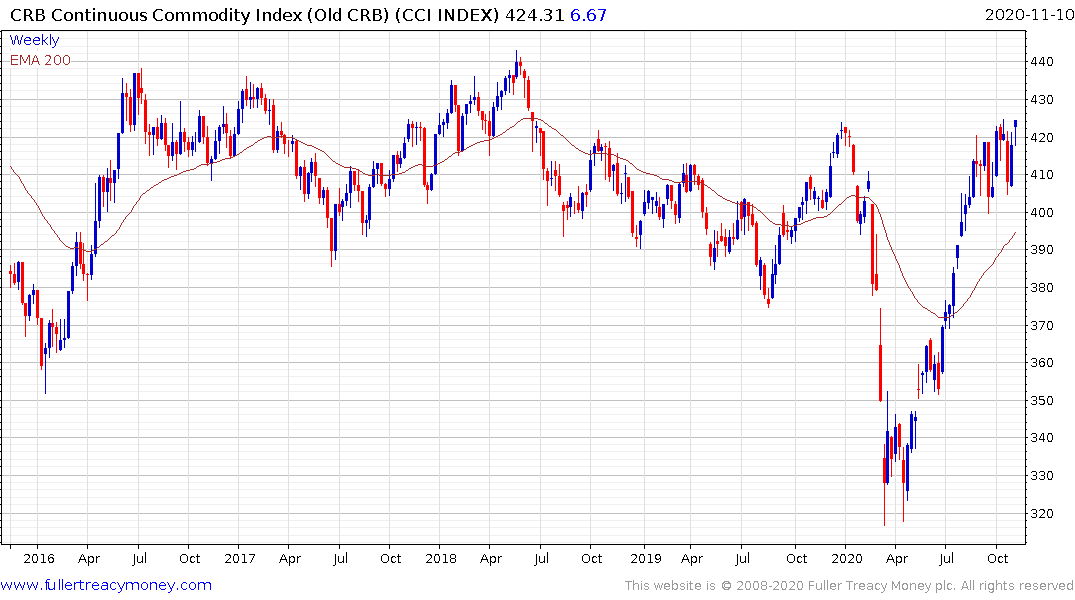 Additionally, commodity prices are advancing pretty much across the board. That doesn’t factor into how central banks measure inflation but it is a significant input for many businesses and puts upward pressure on prices.