Email of the day on trading precious metals by Eoin Treacy

According to other technical trading sites GOLD is a strong SELL and Silver is a BUY @ today's prices. You haven't mentioned Silver or Platinum for a number of days. I am tempted to start getting back into Silver ...... Keep up the good work,

Thank you for this insightful email. If all we did was look at short-term trading indicators, there would be no way to get a big picture perspective. I am very hesitant to ever short in a secular bull market. There will be times when taking a partial profit is opportune but the best way to play a big bull market is to be willing to buy on occasional bouts of weakness.

It seems to me that talking opposite views on gold versus silver does not make a lot of sense when silver acts like a high beta version of the yellow metal. In fact, assuming that gold/silver ratio will persist lower in a straight line strikes me as rather naïve. 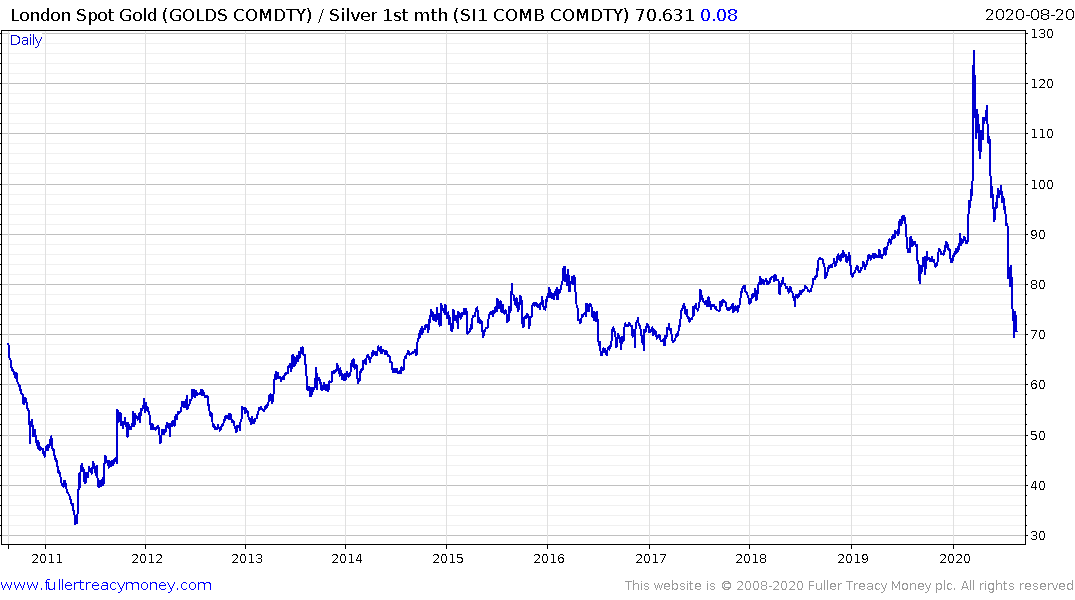 Silver generally underperforms for the first two years of a new bull market. It takes that much time to convince the world of the efficacy of the new bullish narrative. However, when silver moves to outperformance it tends to hold that trend for the entire duration of the secular bull. That does not mean it will rise in a straight line on either a nominal or relative basis.

The gold/silver ratio compressed from an historical high above 125 to 70 in five months. That’s already a big move. Maybe it is not over, but the risk of entering this trade at these levels is acute. 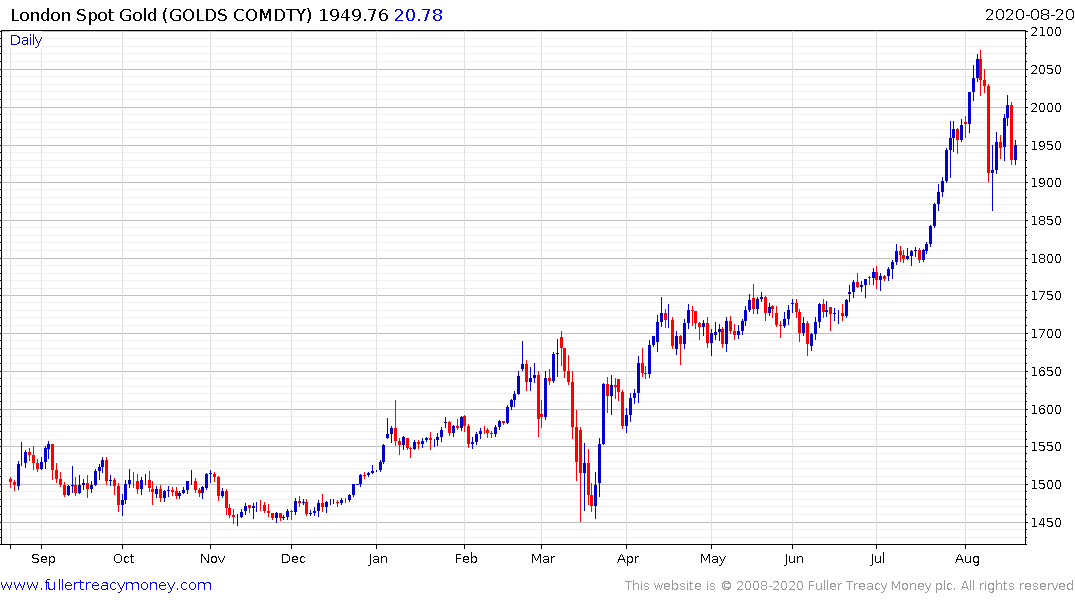 Both gold and silver have steadied following reactions from their peaks. The lows have, so far, held and both are in relatively close proximity of their peaks. I don’t think we are likely to see silver trade back below $20 in this cycle. It’s currently at $27.40. I’m also tempted to get back in but I am determined to buy on weakness.

That might yet prove to be too conservative an approach. However, if history is any guide, when everyone is falling over themselves to buy, it’s usually more reflective of the positions they hold than the future actions of the market. We’ll see.