Email of the day on thematic investing
Comment of the Day

Email of the day on thematic investing by Eoin Treacy

Congrats on your positioning for this continued rerating of all things precious metals related. Today I had a bit of an epiphany. I was re-reading Jim Collins Good to Great, and in particular about the Hedgehog Principle (lasering in on one thing and making sure its very well understood and its done better than anyone else does it), compared to the Fox which is more scatty, and tends to be here, there and everywhere, often distracted.

There's a lesson in there for investors too. For years I have been a Hedgehog, owning 12 of the world's best companies each with significant competitive advantages in their respective fields, and done very well. The last four months though have seen me be a Fox, trading more than I should have, often in stocks I have never traded in before, and often the volatile market has shaken my conviction. As you might expect, I have done far less well and often felt trapped in no-man's land. I've decided you're a Hedgehog, and I expect that your strong focus on all things precious metals related will continue to stand you in good stead, and hopefully me too now that I've finally had that Eureka moment!

Thank you for your kind sentiment and I had to admit that, like a hedgehog, I can be prickly from time to time. The bigger point here is that from an investor’s perspective it is often best to try and identify a secular trend early and ride it as long as it stays consistent.

When I wrote Crowd Money back in 2012, I made the argument that it was essential to include the big tech companies in the list of global Autonomies. Even though they paid no dividends, they dominated their respective fields and their earnings capacity meant they were good candidates for dividends in future. Eight years on, that is still looking like a good call even if companies like Amazon and Google still don’t pay dividends. 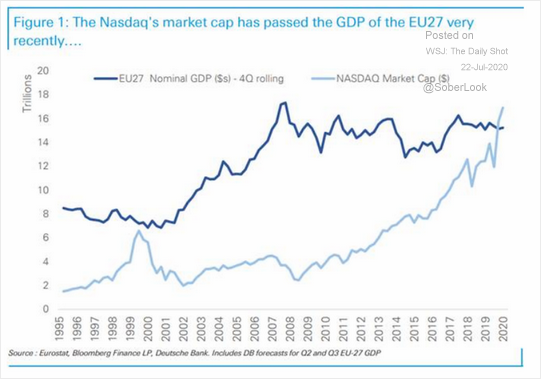 The Nasdaq Composite’s market cap is now greater than the GDP of the whole European Union. That’s pretty extraordinary. It suggests we are not early in this massive outperformance of internet and ecommerce companies but the continued supply of fresh liquidity to the market could further exaggerate valuations.

Meanwhile gold is only just breaking now testing its peak in US Dollar terms and gold shares have just broken out of a lengthy base formation. It is reasonable to conclude they are a lot further away from a secular peak than tech shares and are a lot cheaper. 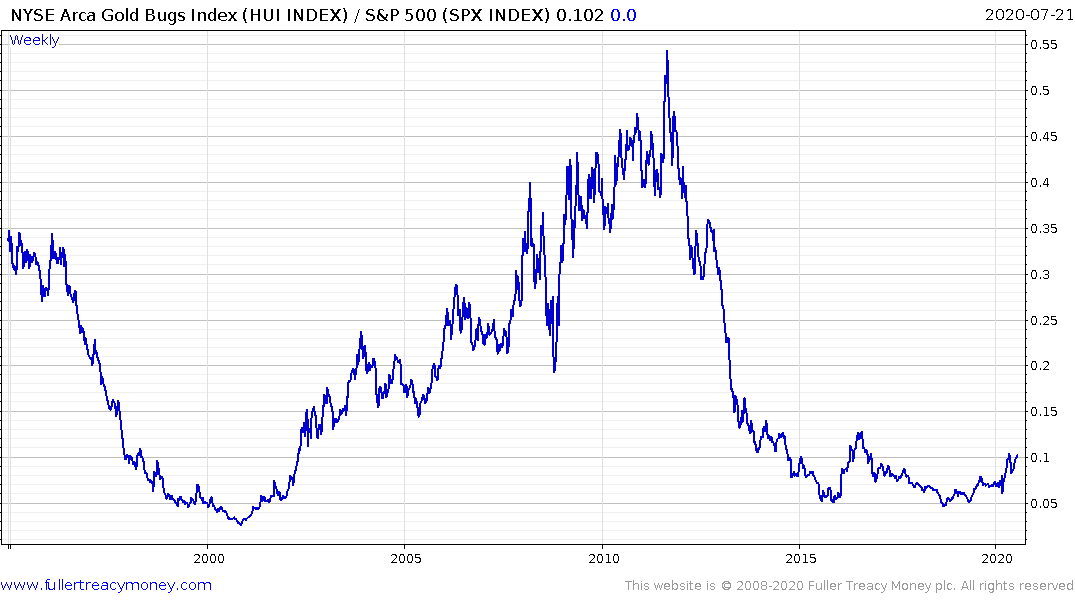 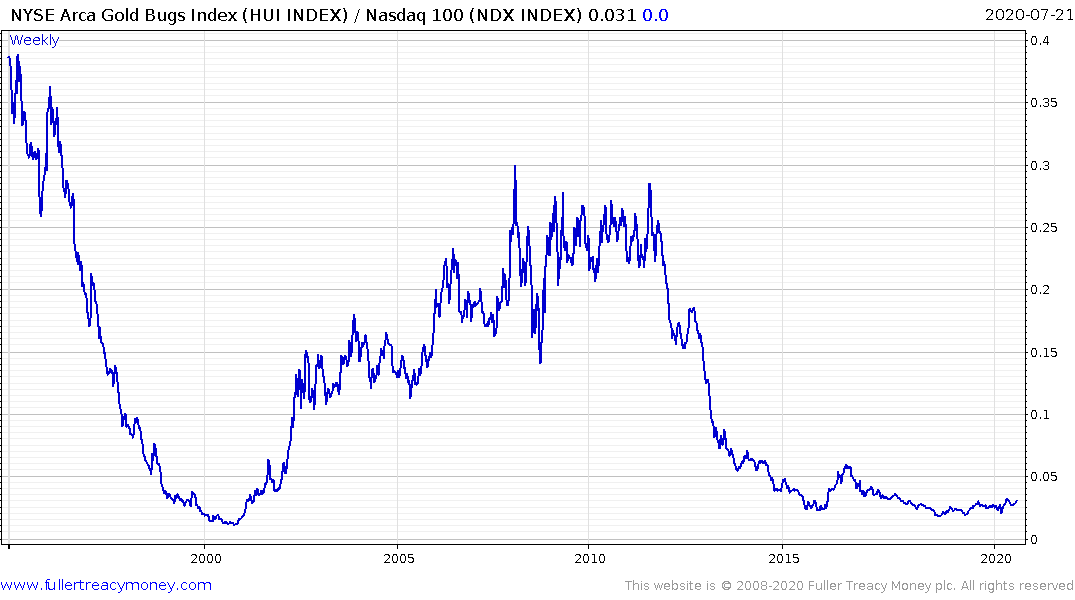 The ratio between the two suggests gold shares are turning the corner on a relative basis. The risk-adjusted trade is to favour precious metals even though tech shares have not conclusively topped in nominal terms.