On the weekend review you highlighted Norwegian Cruiselines as one of the deeply impacted stocks along with the likes of Rolls Royce. At what point though should you be considering what has happened balance sheet wise? In their case, at the end of 2019 they had 214mn shares outstanding. At the end of Sept Q that had risen to 271mn (+27%). They have also just issued another 40mn shares to 311mn (+45% on 2019). In addition, they have issued $1.4bn in additional debt as well as convertible notes that can be exchanged for equity at prices lower than today's price. If those notes are converted, another 120mn shares will be issued by 2022, taking the share count to a 431mn, double the 2019 share count. The enterprise value right now is $17.1bn, compared to the Dec 19 enterprise value of $18.5bn. On this basis then, NCLH is within 10% of its pre Covid-high, and so surely, we can't look at the chart and look to the previous trading range for stock price potential. 10% above the current price is roughly $30, rather than the $50 price point the chart might otherwise indicate. The same applies to a host of these sorts of stocks such as Carnival, Royal Caribbean, American Airlines, etc etc.

Thank you for this question which may be of interest to subscribers. There are a large number of companies that have taken on extraordinary quantities of debt this year. That’s true pretty much across the board. Existing shareholders have therefore been heavily diluted.

The question for new shareholders is whether dilution will continue with additional equity issuance or will the company have difficulty repaying or refinancing the debt. 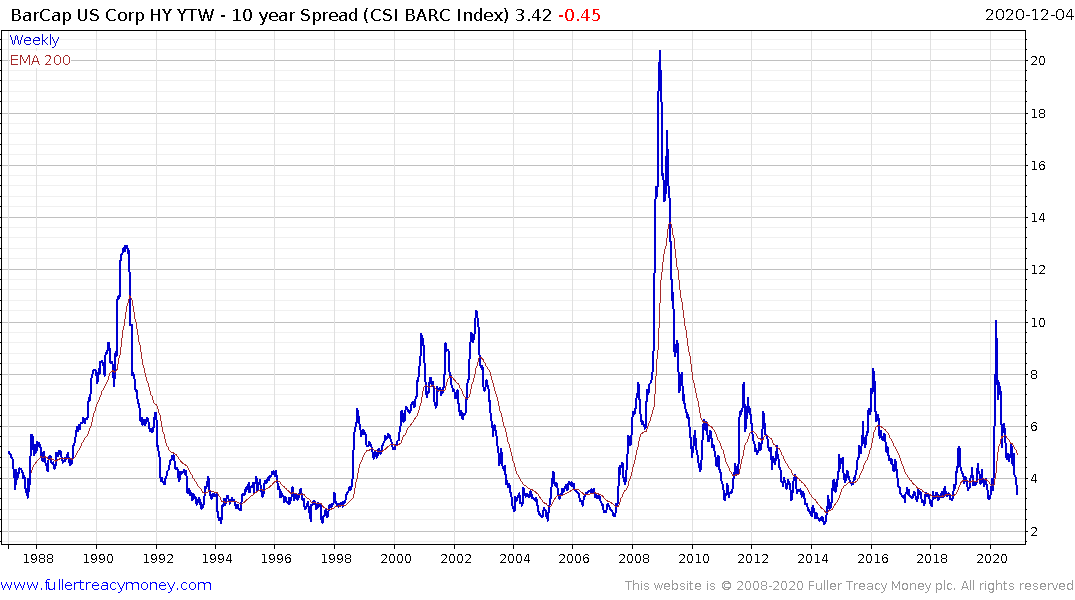 High yield bond spreads have completely unwound the spike earlier this year. The spread is now back in the region of the lows over the last few decades. That is a reflection of the perception among bond investors that the risk of default is low and will remain low for the foreseeable future. 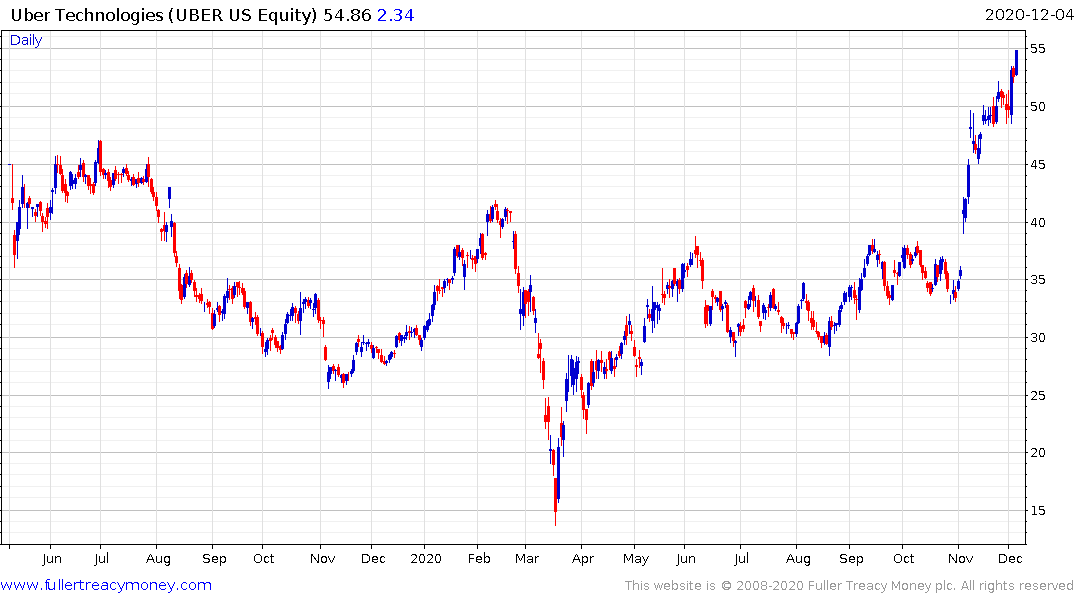 Think of Uber. The company saw its business collapse during the pandemic. No one was taking ride- haling services and there is a lot of competition in the food delivery business. The company has never turned a profit and may never do so. However, they also got a chunk of cash during the IPO that served as a buffer against these challenges. The share is now rebounding because demand is picking back up and funding is not a challenge.

Airlines, hotels and cruise lines have habitually been profitable businesses. They have benefitted from the same access to liquidity and funding as Uber because of the liquidity made available to anyone who wanted it during the pandemic panic. This means their businesses are now more leveraged but they were also leveraged before. As long as spreads are contained and liquidity is abundant there is potential for recovery. It means these businesses will be more volatile and riskier in future but they were priced as if they would disappear and that is not currently likely.

The major point in highlighting some of 2020s worst performers in December is they often see demand return in January. This year-end rotation trade appears to have started early this year, possibly because of the election or the successful creation of vaccines for the pandemic.

The basis for the rotation is always the same. No one wants to been seen holding the worst performers by the end of the year. It looks bad and the loss can be written off against gains in other stocks. There is a clear incentive to sell before the end of the year. Meanwhile there is an incentive to take profits in the best performers. It is quite rare, though not impossible, for a stock to be the best performer two years in a row. 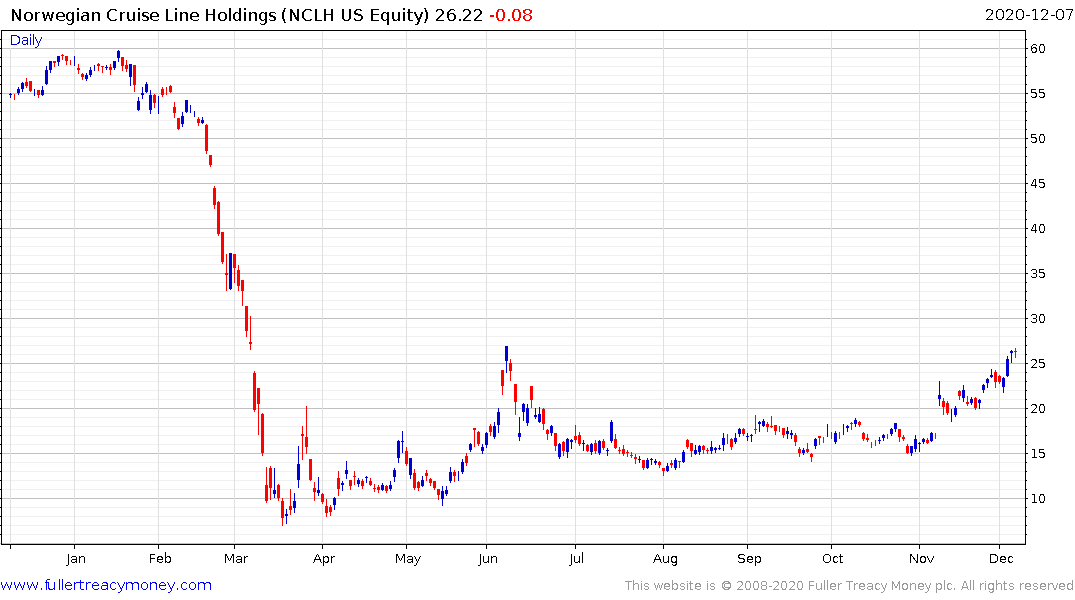 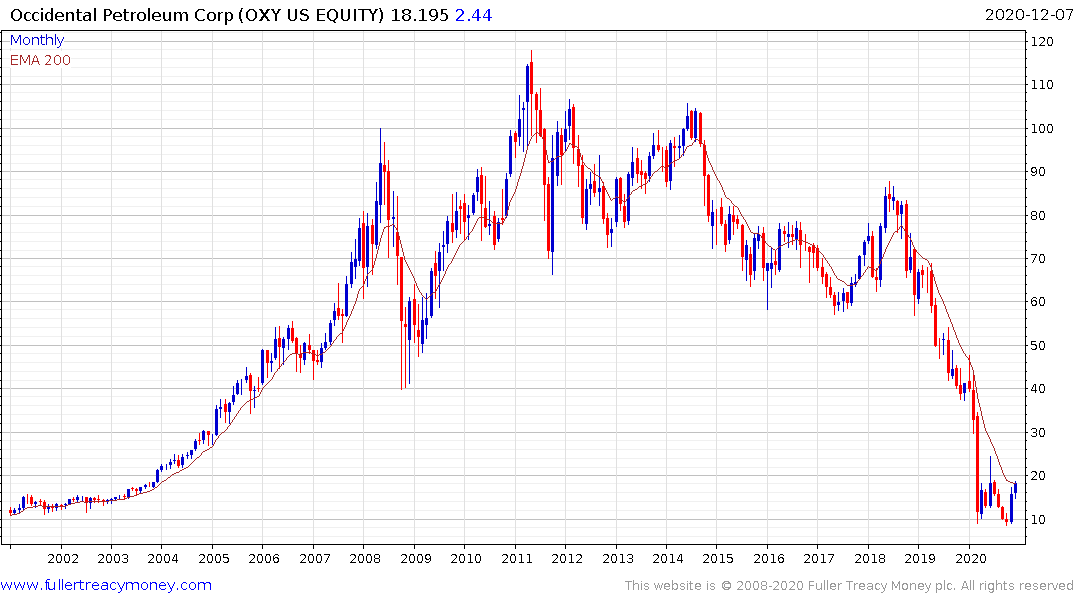 At present energy companies are rebounding very sharply so are travel and leisure companies and they are still among the worst performers in 2020. Meanwhile the best performers are no longer leading and have not confirmed the breakout to new highs by the S&P500. The short covering rally for the worst performers can last for anything up to two months which suggests the end of January could be time to expect some consolidation although the process has been accelerated this year.