Email of the day on the outlook for Wall Street:
Comment of the Day

Email of the day on the outlook for Wall Street: by Eoin Treacy

Thank you for your analysis in Friday’s audio/video. very much appreciated. The Russell 2000 has been referred to by David and you as the canary in the coal mine. Could a break above 1600 signal the end of the consolidation in the stock market in the USA or do we maybe also need to see a further rise of the Dow Transport index? The USA banks and KBW banks index are trying to go up which is positive. As you can see, I am trying to find more reasons to signal the end of the consolidation.

We are entering the sell in May and go away period but last year September was a period to be back to sell and short the market. The value of this wisdom could be limited. could we accelerate before September? A number of USA shares as your mentioned are doing great. Can this market accelerate with a small breath basis?

My question is could the European indices follow the USA indices if and when they accelerate?

P.S. I asked Sarah some weeks ago to adjust the shares being incorporated in the Dutch AEX Imcd/Adyen have been added to the AEX and other shares were removed from the index

Thank you for this email which I am only seeing now because of previously undiscovered issue with the contact us form on the site. If anyone sent an email which has not been replied to in the last couple of weeks please resend it.

I consider “Monetary policy beats most other factors, most of the time” to be the most important lesson I learned from David. We are in a position today where the Federal Reserve has clearly signalled it is willing to tolerate the risk malinvestment is creating a bubble rather than defuse that risk by continuing to tighten liquidity. Throughout its history the Fed has been a serial bubble blower and this occasion is no different. 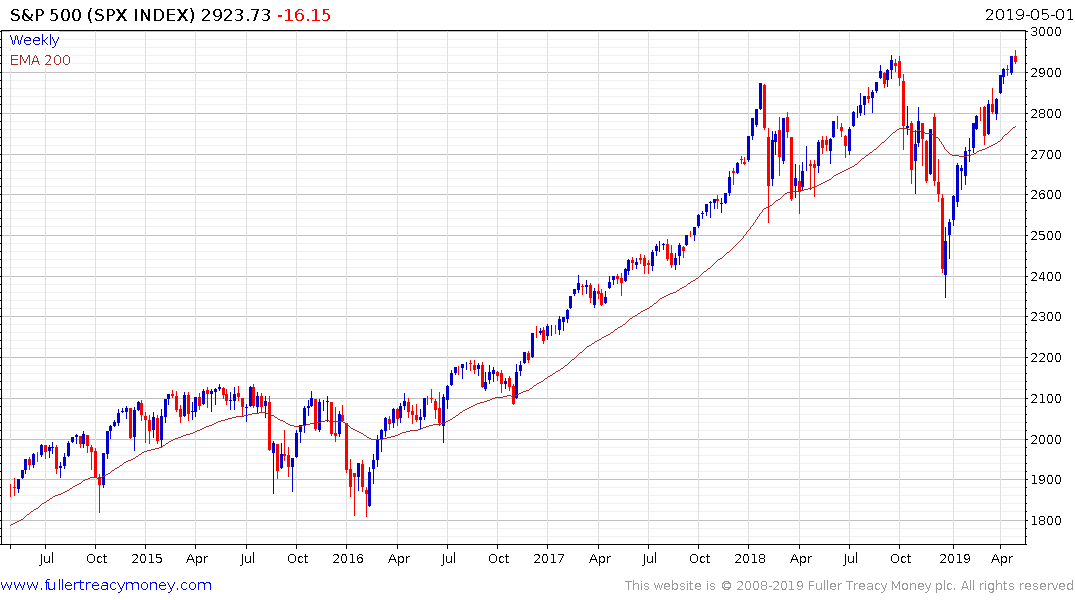 Short-term there is an overbought condition and the market has been rallying strongly for four months straight. The reason the market pulled back so sharply in the fourth quarter was because the market was worried about quantitative tightening. That worry has now been priced out, with the highs being approximated by the S&P500 and exceeded by the Nasdaq-100. 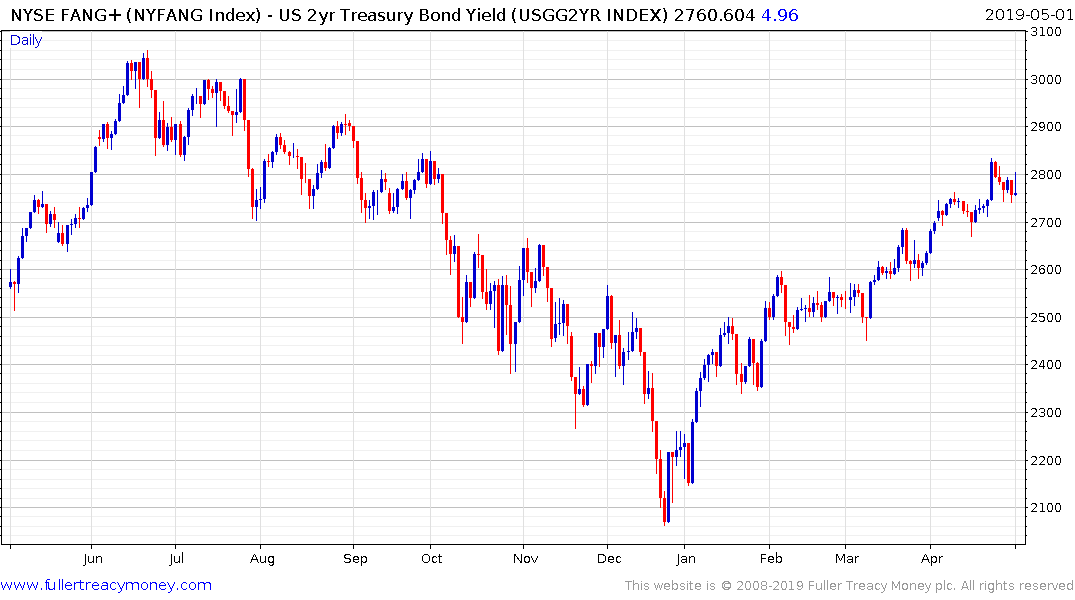 The performance of mega-cap FANG shares has been a significant contributor to the rebound although only Microsoft, now the world’s largest company, is at new highs. Tesla meanwhile is the worst performer on the Nasdaq-100 this year.

According to the Chart Library High/Low filter 58 shares in the S&P500 have made new highs in the last five days. Of these, those leveraged to consumer spending both domestically and internationally are well represented. Tech companies are also well represented. 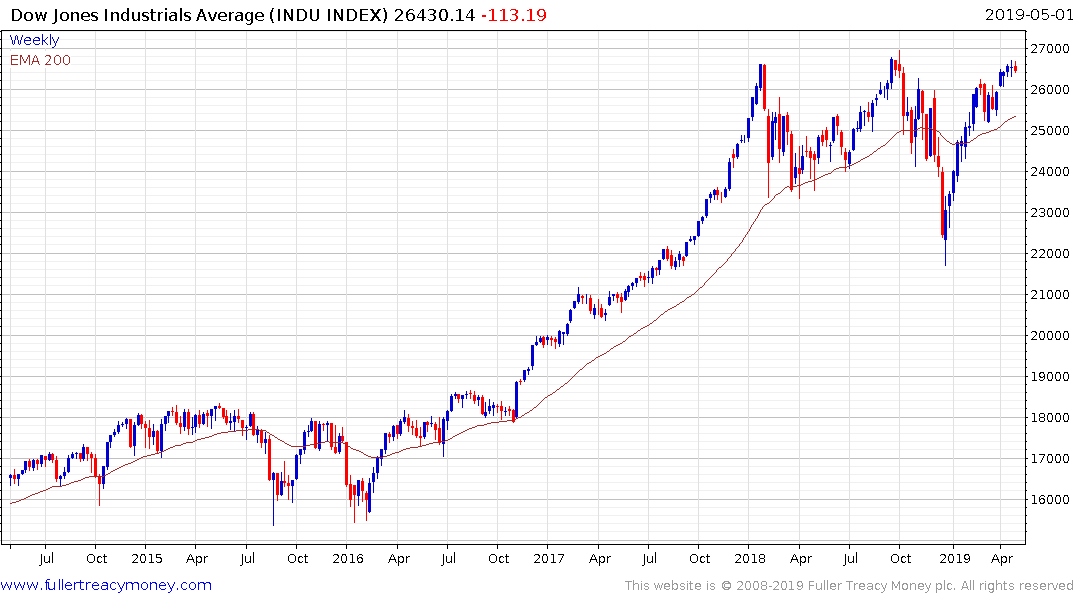 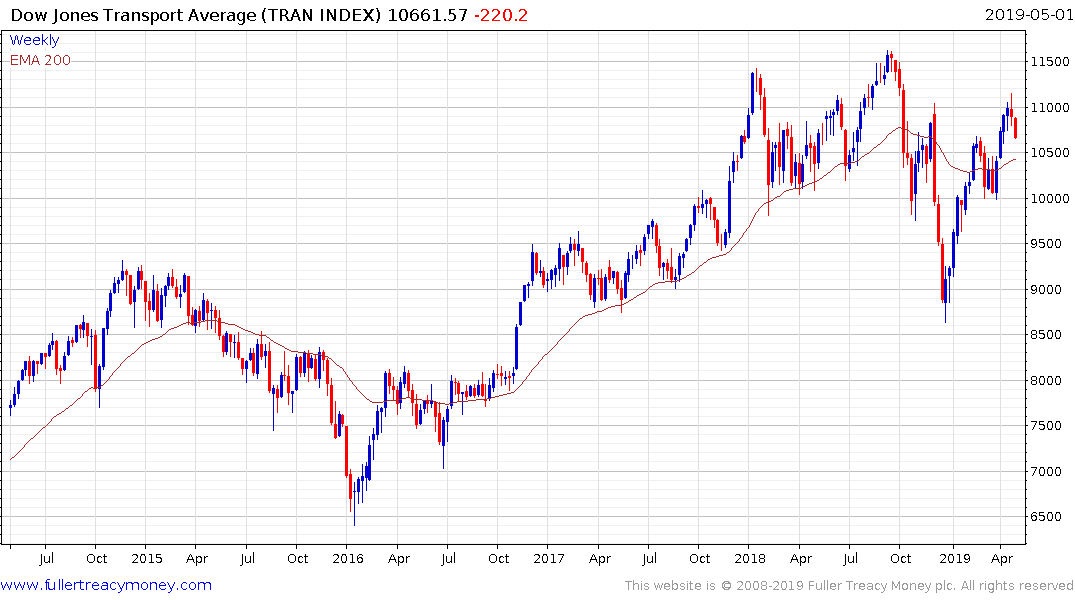 However, with the exception of Ingersoll Rand, Industrials have tended to underperform. If we think about Dow Theory, neither the Industrials nor the Transportations Averages are at new highs. 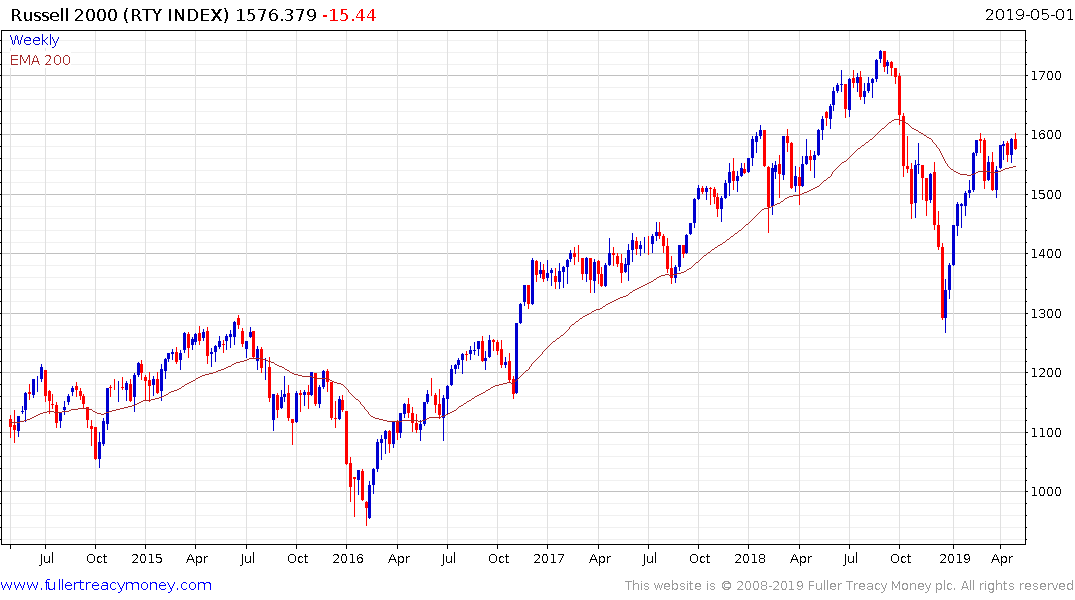 The Russell 2000 Index has also lagged. It is currently testing the region of the March and October peaks and will need to sustain a move above 1600 to signal a return to demand dominance. 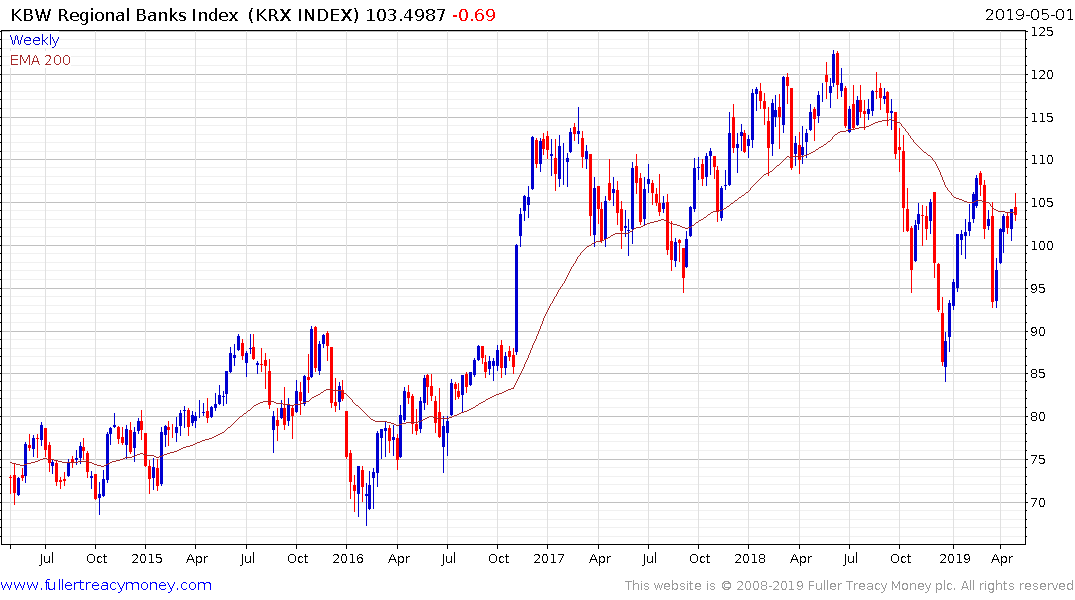 The Regional Banks Index has a similar pattern as it tests the upper side of its six-month range. 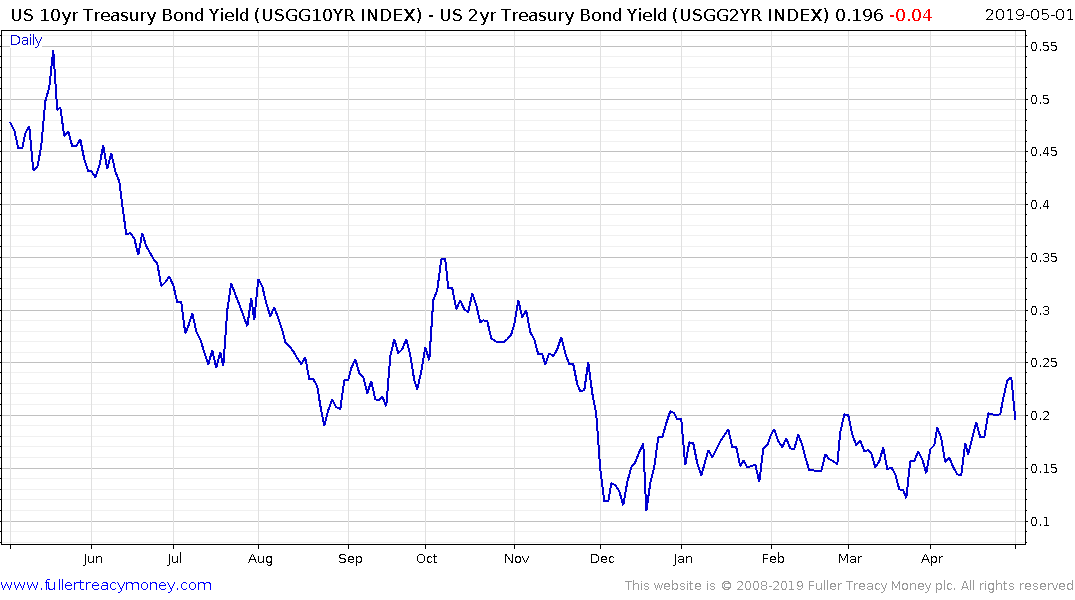 Meanwhile the 10yr-2yr yield curve spread broke higher this week but pulled back sharply today following the disappointing Fed statement. That suggests the outlook for easing has dimmed.

I agree, we are entering the least rewarding portion of the year, historically. We can also see the most likely candidates for outperformance in the next few months are likely to be consumer and technology-oriented autonomies. However, there is a risk that we are likely to see some volatility in the region of the peaks in the near-term which suggests there is likely to be a better opportunity for new money in the not too distant future.

If monetary and fiscal policy continues to ease in the USA, Europe, China and Japan then there is a clear risk a bubble will form over the coming couple of years.