Can you access the DAXK on Bloomberg? It’s the DAX without dividends reinvested. Then we can compare apples with apples as it were!

Thank you for this suggestion. The DAX is a total return Index so its 2.92% yield helps to flatter total return over the medium-term and makes shorting the Index a rather expensive proposition relative to nominal indices. I’ve added the DAXK to the Chart Library and you will observe that it has a similar chart pattern but I agree it makes sense to compare nominal indices with nominal indices in one’s analysis. 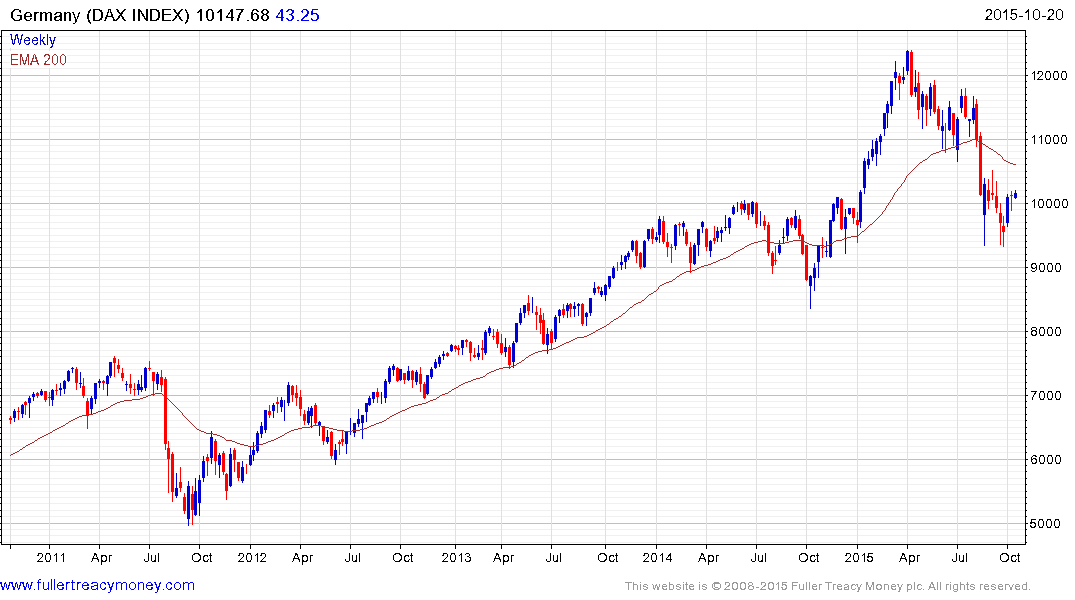 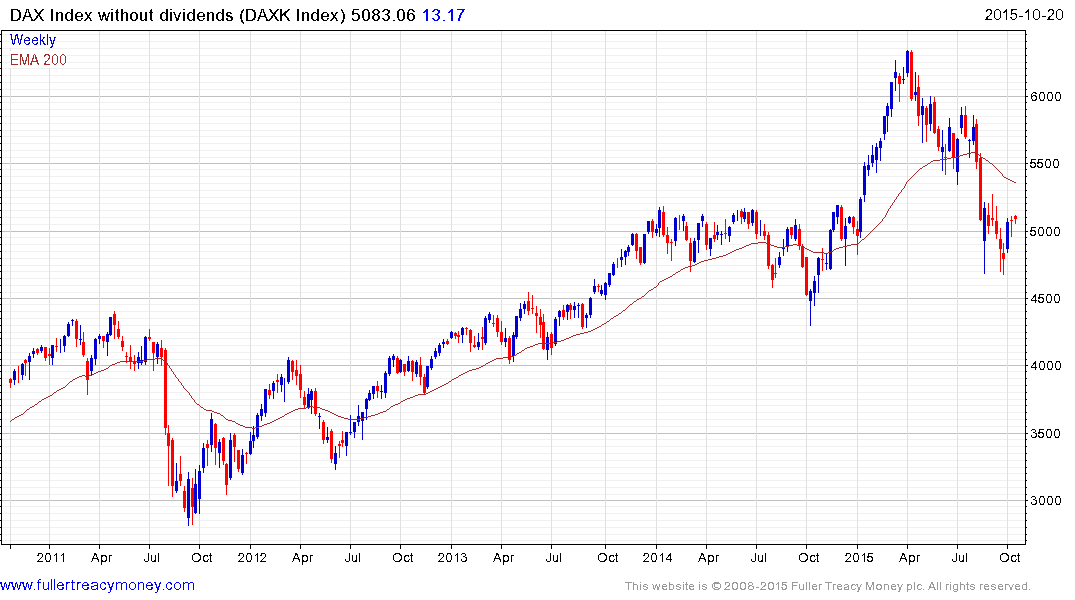 The DAXK unwound its entire Euro devaluation rally from earlier this year and has stabilised above 4500. A mean reversionary rally is underway and a sustained move to new reaction lows would be required to question medium-term scope for continued higher to lateral ranging. 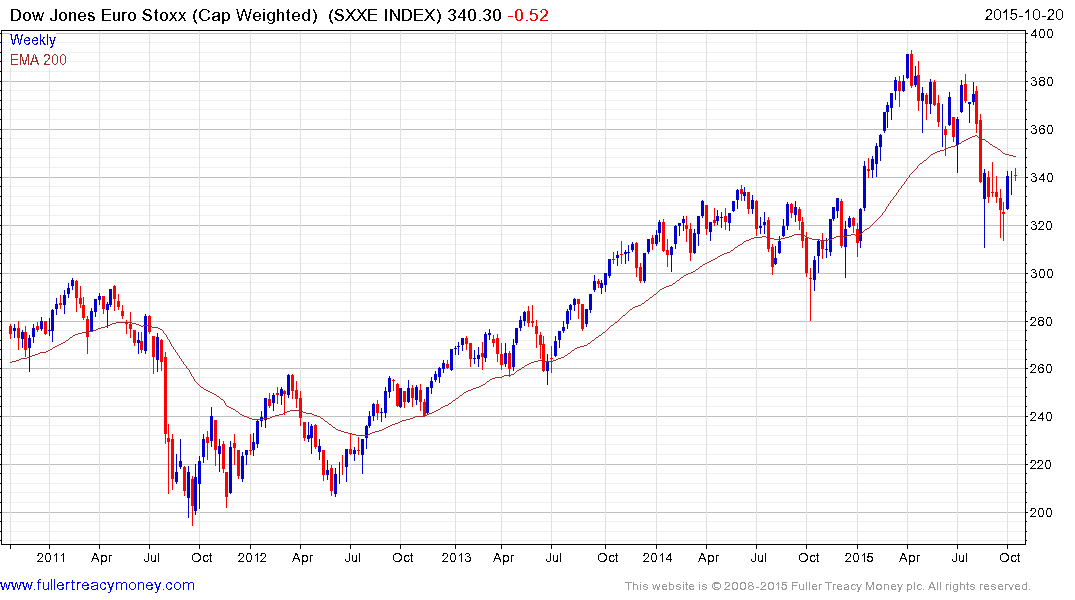 The broad Euro STOXX Index has a similar pattern as its ranges above 300. 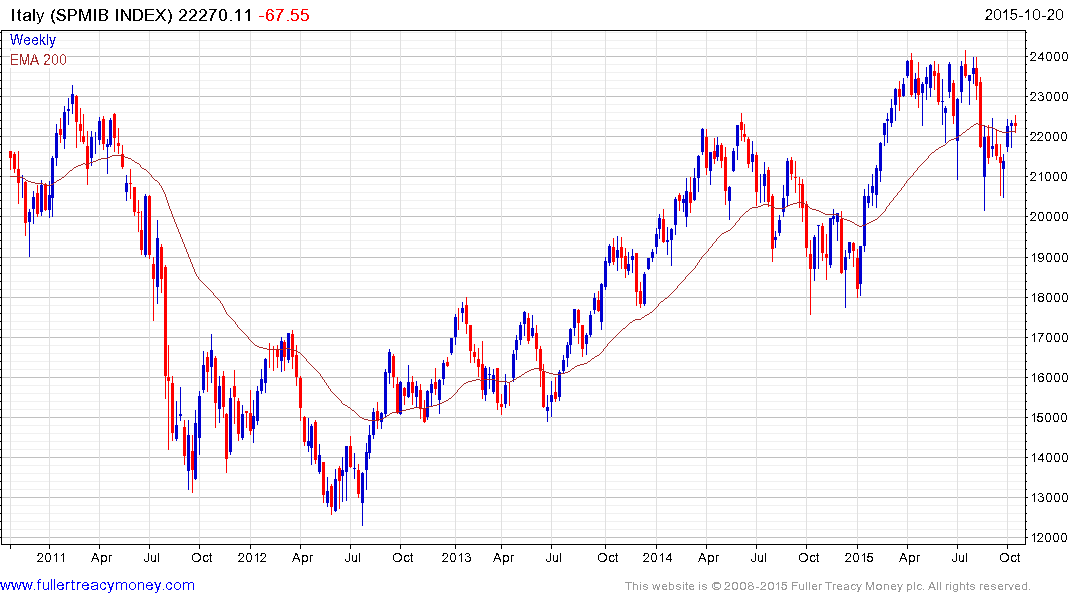 The Italian FTSE/MIB Index has been by far the best performer in the Eurozone year to date; posting a shallower reaction from the highs near 24,000 and subsequently rallying more impressively. 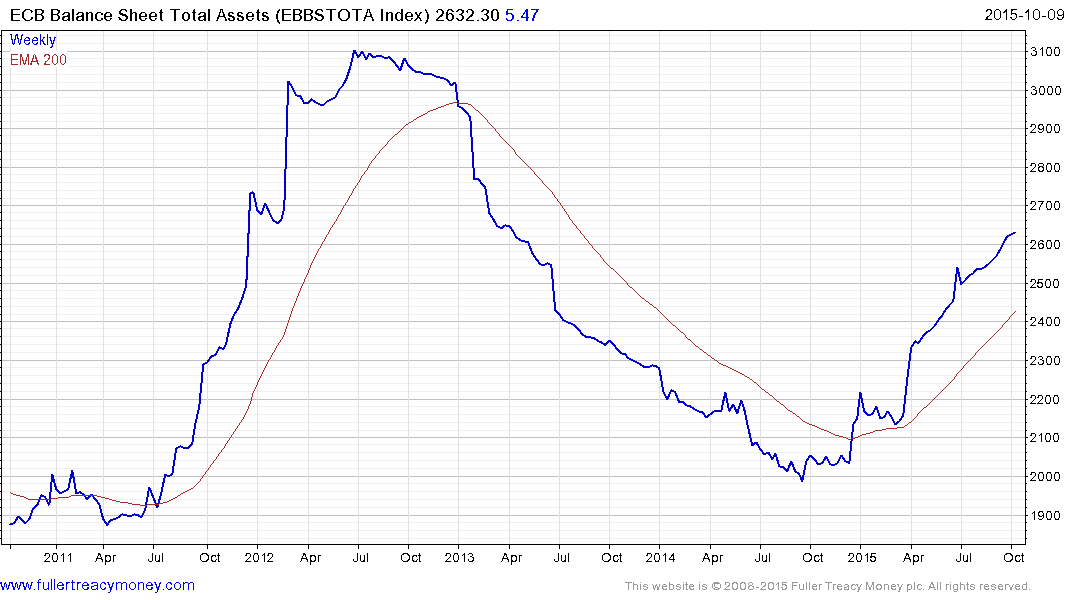 There has been a great deal of conversation about the prospects of the ECB engaging in additional QE. It is a bit more than half way through its initial round of monetary expansion with about €500 billion to go. At €60 billion a month, that would see a decision on whether to extend the program required by June. In the interim there is little reason to suspect the ECB is about to change tack. 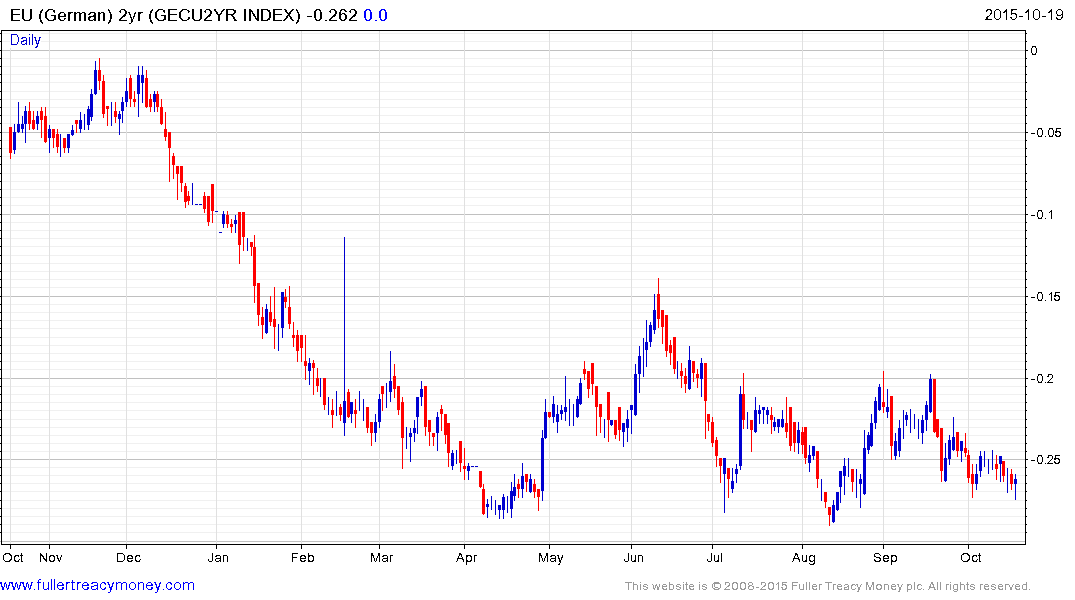 However with 2-year Schatz bond and a number of other core Eurozone issuers trading at approximately 25 basis points below zero, one has to question whether the ECB would prefer to purchase other assets such as ABS. In any case monetary expansion is positive for asset prices generally, including stocks.