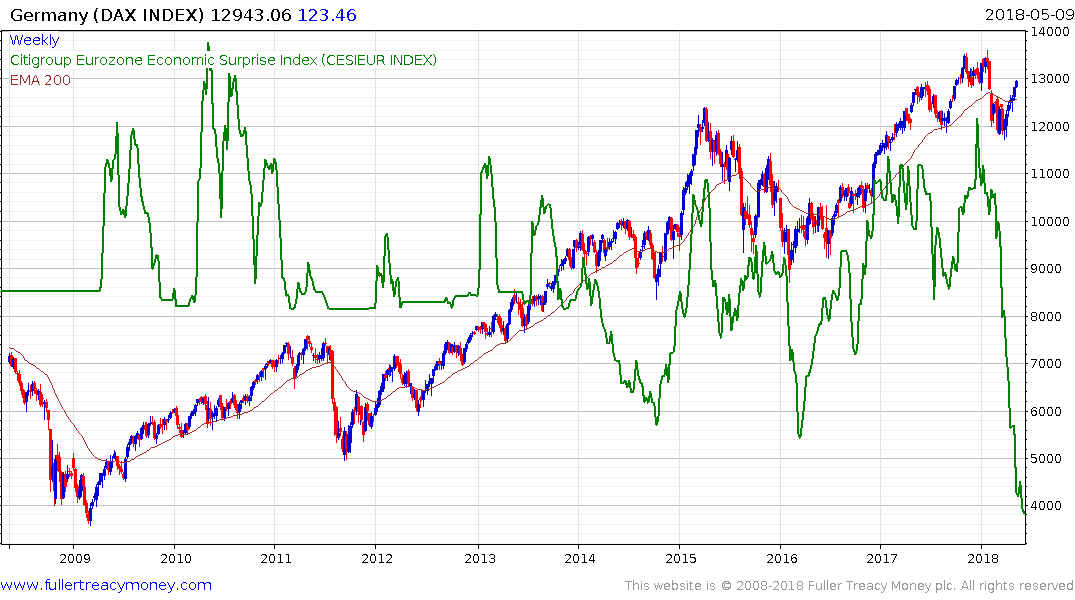 Thank you for this interesting question and I am delighted the Long-Term video is a valuable part of your weekend routine. To the best of my knowledge economic surprise indices are calculated on a cumulative basis so if economic figures surprise on the downside on a persistent basis then you get a downtrend. Eurozone GDP has been increasing but not at the pace expected by economists and that is probably why the index is so weak. 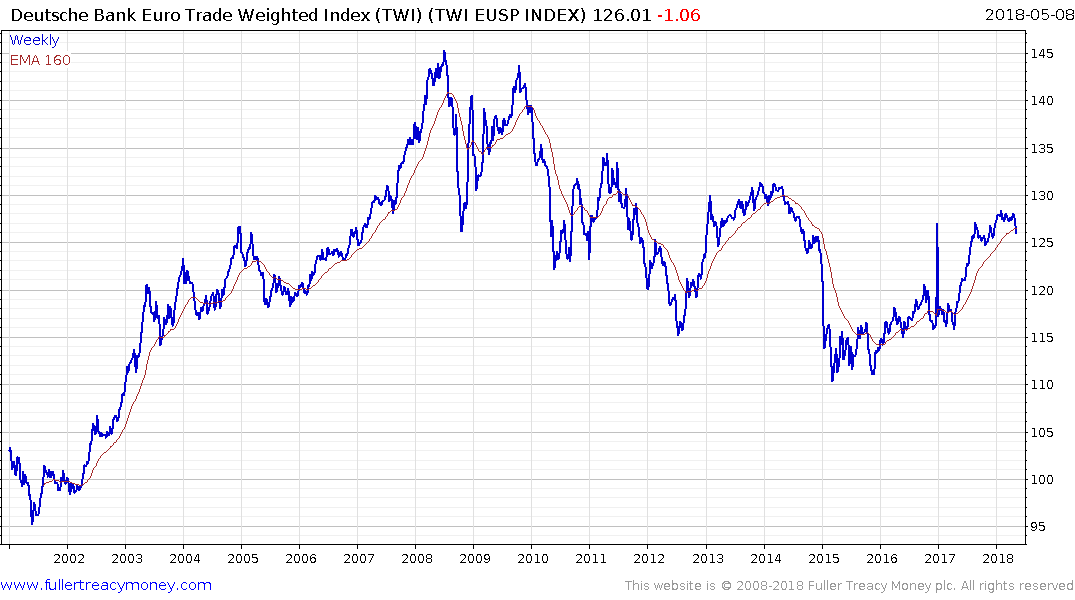 The broader question this raises is whether the ECB has been overly ambitious in announcing the tapering of its quantitative easing program. The ECB’s balance sheet more than doubled in size between 2014 and is still expanding. If the Eurozone economy, led by Germany is not expanding at the expected rate then that will have a knock-on effect for monetary policy.

That is likely a causal factor in the relative weakness of the Euro. The Deutsche Bank Euro Trade Weighted Index is back testing the region of its trend mean and needs to bounce soon if medium-term top formation completion is to be avoid. When the trend from the 2008 peak is considered this area is where one might expect the next lower high to be posted so it is an important level to monitor right now. 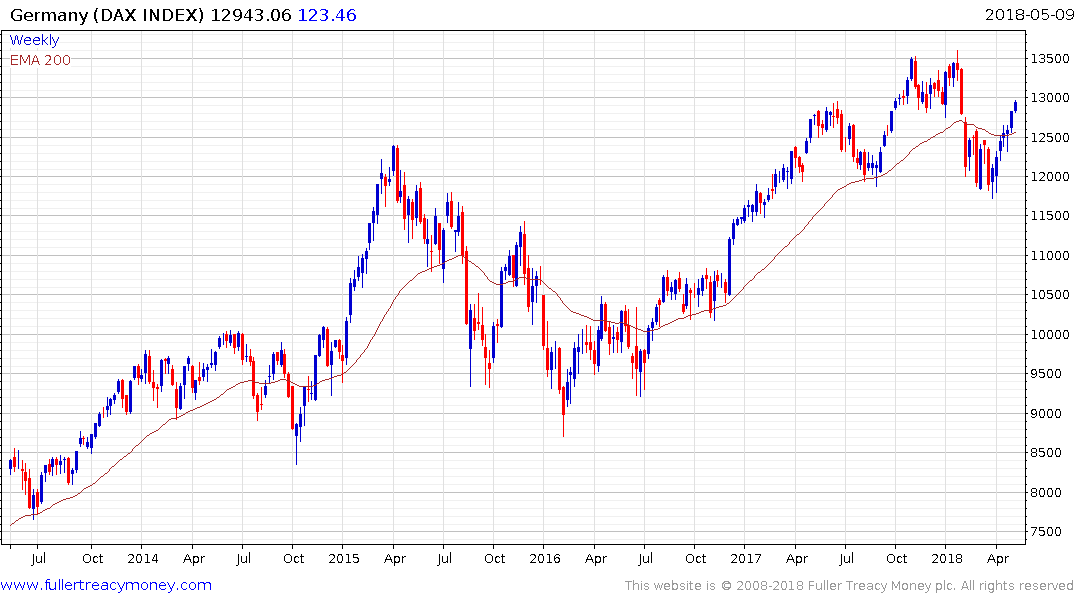 The DAX Index (which is quoted total return) has bounced from the 12,000 level which has been an area of resistance in 2015. A sustained move below that area would be required to question medium-term scope for continued upside. 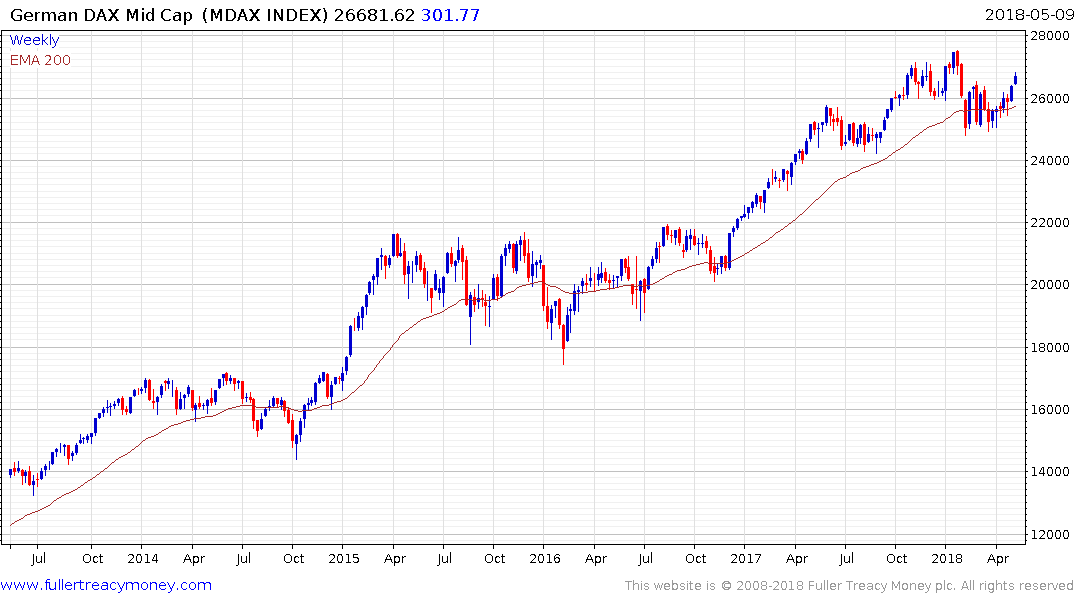 The MDAX of midcaps continues to outperform and has a more consistent medium-term uptrend as a result. A sustained move below the psychological 25000 level would be required to question medium-term upside potential.